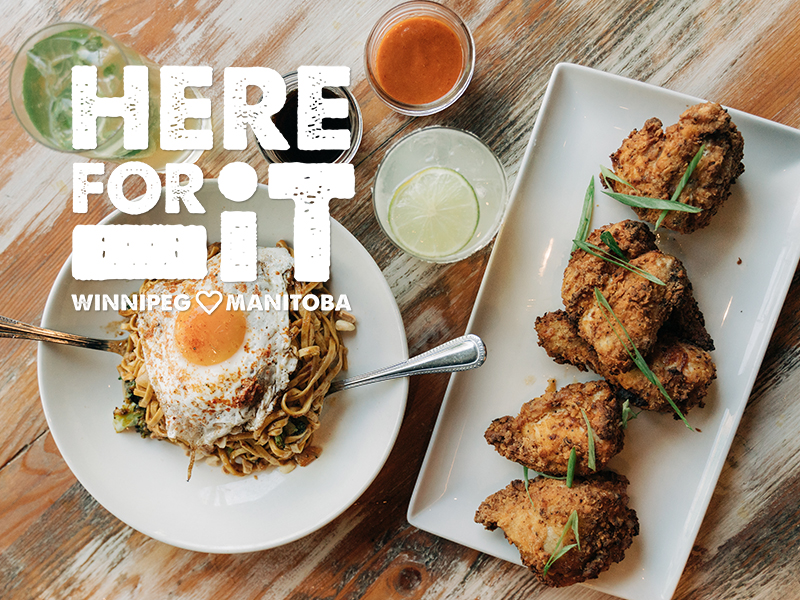 Winnipeg’s culinary scene has continued to excel despite the ongoing pandemic – and we’re here for it. Tantalizing new spots have sprung up, our markets and food halls keep setting a high standard, and our breweries grow more and more robust, ensuring diners have plenty of fun pairings to savour in 2021. 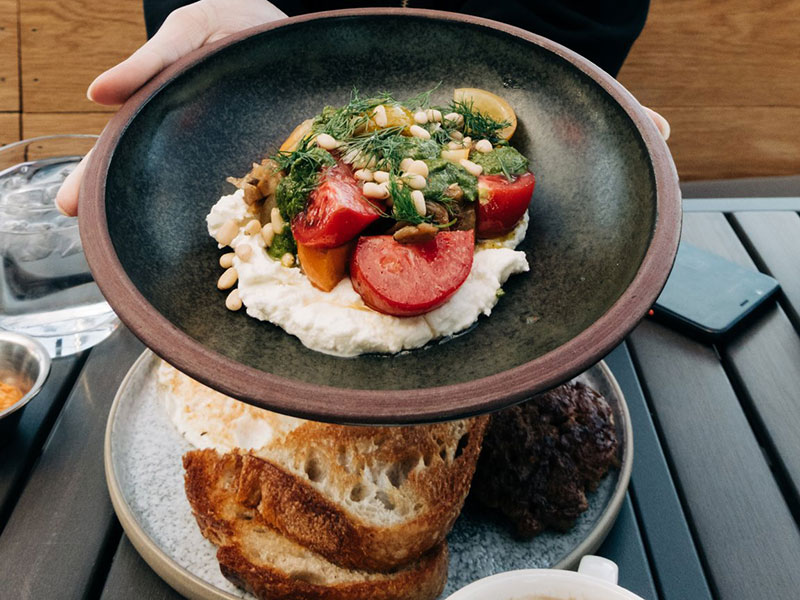 Last year, in spite of the constant COVID restrictions, the city’s dining public continued to welcome new culinary gems into the fold. For brunch, Juneberry has continued to set a high standard with colourful dishes and a setting that overlooks the Red River in Glenwood with a gorgeous patio. In early 2021, the team took the concept further with a ghost kitchen concept called Sandwiches are Beautiful (the only Insta account they follow is Fred Penner, of course) that specializes in glorious ingredients placed between bread and buns.

Downtown, an equally bright new brunch spot opened called Modern Electric Lunch has illuminated the takeout scene with items like the Walkaway Waffle (studded with rosemary and bacon and served with a gouda sauce) and sandwiches and salads that shine. Also downtown, the last quarter of 2020 saw the opening of Mottola Grocery, the final piece of the Hargrave Street Market puzzle which sells a fabulous selection of carefully curated local and imported products, along with house-made sandwiches and salads, a bakery, butcher counter, and a wine bar to boot.

St. Boniface scored its first brewery when Kilter Brewing Co opened a très chic taproom awash with plants that complements always-in-demand beers like the Waves Juicy Pale Ale. Also new to St. Boniface is Diaspora Café by Jamaican owner Keisha Pinder. Here you can get coffee from local MB roasters Negash Coffee served alongside Jamaican patties and other goods made in house.

The East Exchange continues to grind out top-shelf coffee shops, with Harrisons Coffee Co. and Colosimo Coffee Roasters Café (both toasting beans onsite) joining notable java joints like Forth (which also has a stunning rooftop cocktail bar). Now complimenting the roster of great eateries in Fort Rouge is Noor Mahal, an up-scale Indian restaurant that has received rave reviews for its dishes and décor.

Further south in St. Vital Italian fans can continue to rejoice (the area is already home to Harth Mozza & Wine Bar) with the opening of Pasta Di Casa. At this new southern Italian joint all the pastas like cavatelli, pappardelle, rigatoni and ravioli are all made in house.

The Polo Park area has welcomed acclaimed chef Tristan Foucault who opened Preservation Hall with his wife Melanie. The menu here features house-made charcuterie, game, fish, vegetarian dishes, and some of the best fries in town. Also new to this area is Foodtrip Kitchen, where you’ll find multiple Filipino concepts all under one roof.

In Charleswood, be sure to check out dual concept Alena Rustic Italian and Bluestone Cottage. The two restaurants are both run by Winnipeg Gold Medal Plates champion chefs Kelly Cattani and Michael Dacquisto, with Cattani’s Bluestone running a café-style menu of vibrant brunch dishes with Dacquisto taking over at night to oversee Alena’s menu of wood-fired pizzas, pastas, and grilled meats.

Looking for a sweet ending that is also in Charleswood, Reverie Gluten Free Bakery has you covered. Here, Vietnam-raised, France-trained baker Linh Tran creates incredibly refined cookies, cakes, and various desserts, all free of gluten. You can also order her tantalizing lineup (which come in boxes and packaging that is most regal) for delivery, making for an excellent gift idea.

Finally, one more ghost kitchen you can’t miss (technically Reverie isn’t a storefront, but you can pick up at their commissary kitchen) is Kosmos Space Cowboy Food Cantina. It is run by chef Stefan Lytwyn (previously at deer + almond) and his cousin Nyk Bielak (who would normally be playing Elder Cunningham in the NZ/Oz touring production of The Book of Mormon were it not for COVID-19 shutdowns) and these boys have developed a devout following for their far-out creations. 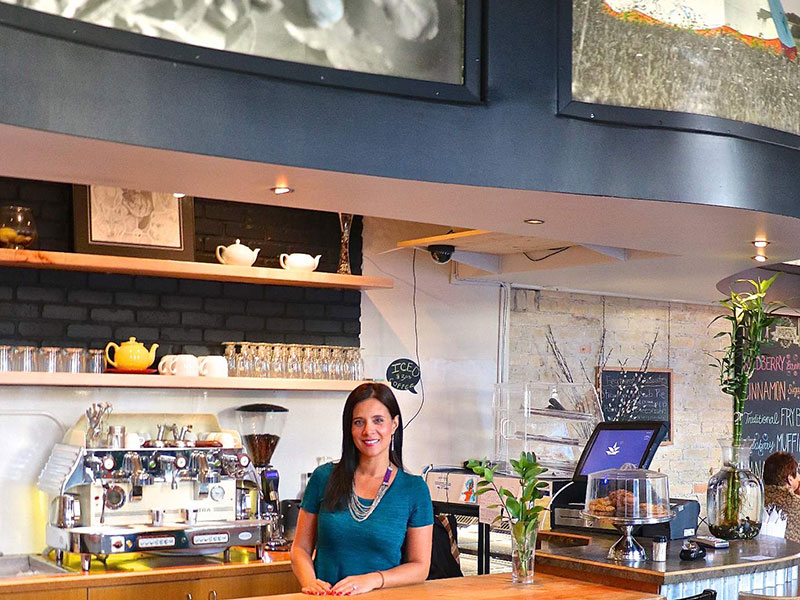 If you are looking for the star treatment from celebrities who are national stars be sure to check out deer + almond and Feast Café Bistro, the heads of which can be found on Food Network Canada’s Wall of Chefs.

Feast’s Christa Bruneau-Guenther – a member of the Peguis First Nation and a passionate community advocated in the West End – brings her extensive knowledge of Indigenous cooking to the panel along with plenty of charm. At her West End restaurant, you’ll find plenty of comforting dishes including bannock pizzas and many interpretations of bison.

Chef Mandel of Hitzer of deer + almond has always been known for his eclectic and whimsical dishes in The Exchange District, bringing his wit and big personality to the show. His restaurant deer + almond specializes in small plates and tasting menus, while his chef de cuisine Emily Butcher has impressive culinary chops too, having recently finished third at the Canadian Culinary Championships.

Deer + almond has made the Canada’s 100 best restaurants list on several occasions, while currently representing Winnipeg on the list is Enoteca. The restaurant is one of three restaurants by chef Scott Bagshaw (the other two being Máquè and Passero), all of which are known for elegant plating and bold, well-balanced flavours.

Other Winnipeg rooms that have or continue to garner national acclaim include Clementine (noted by The Globe and Mail as one of Canada’s best brunch establishments); Oxbow Natural Wine Bar (which made the enRoute Canada’s best new restaurant’s long list – Máquè and Clementine have both been featured here too); The Roost, Forth, Langside Grocery, and Patent 5 Distillery (Canada’s 50 best bars); Yujiro (chef Ed Lam has been a Western Living foodie of the year finalist); Capital Grill (chef Wayne Martin has been singled out in National Geographic Traveller) and Nonsuch Brewing Co. (Globe and Mail’s “10 best new restaurants on the prairies”). 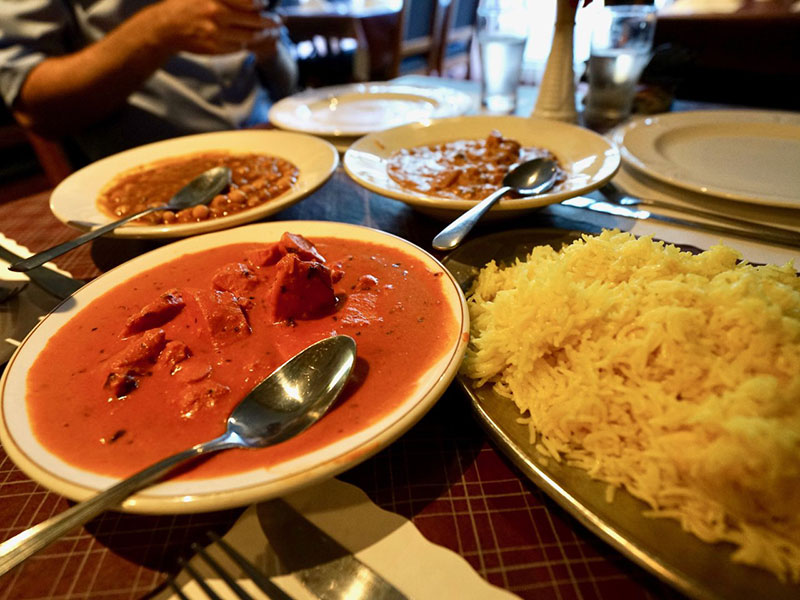 ​The West End is the best end for worldly dining

Finally, you can’t talk food without bringing the West End into the conversation. Over a stretch of a few dozen blocks, running namely down Sargent, Ellice and Portage Avenues, you’ll find countless restaurants representing a world of flavours including Vietnam, the Caribbean, the Philippines, Ethiopia, China, India, El Salvador, Mexico, Colombia, and so many more.

Return to Here for it Winnipeg