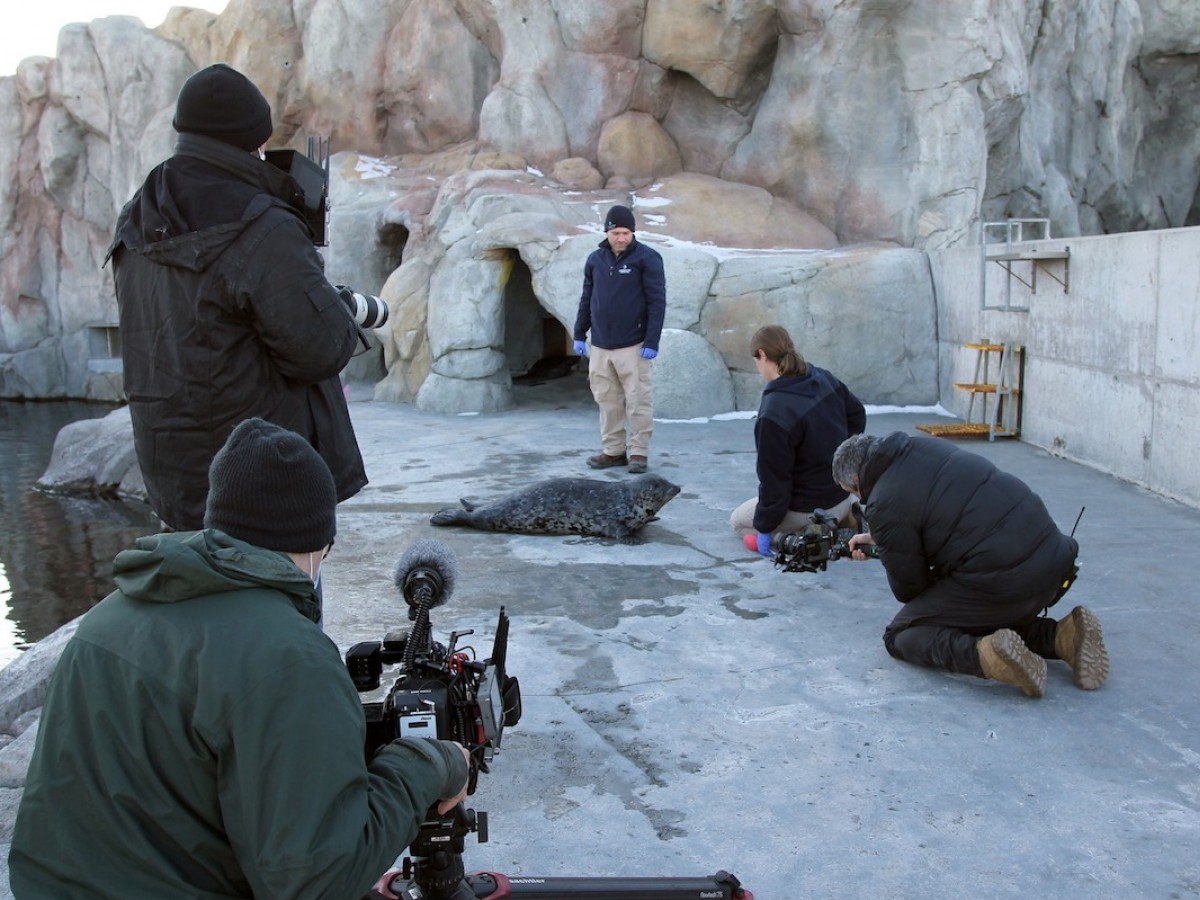 Doomscrolling is so 2021. To start 2022, we're choosing to be positive and you will too when you see what's up in Winnipeg.

Some notable locals are back on the national television stage, the River Trail has a new name, and there's plenty of ways you can explore the city on skies now too.

Here’s some good news to start the year.

Local stars back on TV

Arctic Vets season two starts Friday, and season two of Wall of Chefs is on Food Network now, both of which have plenty of Winnipeg flavour.

CBC Television’s Arctic Vets highlights the inner workings of Assiniboine Park Zoo’s Journey to Churchill exhibit and its Leatherdale International Polar Bear Research Centre. In each episode, you’ll meet the zoo keepers who take care of animals like the harbour seals and snowy owls here in Winnipeg, while the zoo's scientists are also shown working in the field in the Arctic.

Last year  we interviewed the zoo team on what you can expect from the show, which had been over three years in the making. You can watch all of season one here.

After watching, be sure to go see the award-wining Assiniboine Park Zoo in person where, on top of the star polar bears, you’ll also see Amur tigers, snow leopards and nearly 200 other species as you explore its expansive (and social-distance-approved) grounds.

Wall of Chefs is one of the latest hit shows on Food Network Canada. The premise involves four home cooks competing in elimination-style rounds, with the judging panel (the Wall) featuring some of Canada’s most-notable chefs.

Representing Winnipeg on the Wall are Christa Bruneau-Guenther of Feast Café Bistro and Mandel Hitzer of  deer + almond.

Christa’s Feast restaurant has been featured in countless national and international publications, as a notable spot that emphasizes Indigenous cooking while being a community hub in our city's West End. You can learn more about her fascinating story here, which includes starting off as a home cook.

Hitzer’s deer + almond is a favourite for visiting celebrities and national publications alike, while his RAW:almond events (with collaborator and architect Joe Kalturnyk) have been featured in the New York Times and LA Times, while bringing some of the best chefs from around the world to Winnipeg.

Read our 2017 profile with Hitzer here, then go see him at the Exchange District restaurant or D+A Café, a new concept he is running at EQ3’s Canadian flagship store at CF Polo Park.

Episode one of the new season of Wall of Chefs aired on January 3, with new episodes coming out weekly on Mondays at 10 p.m.

New name for the River Trail

Balance that binge-watching with some fresh air.

Sections of the city’s famed skating trail are now opening and this year its name celebrates the site's Cree history. The Nestaweya River Trail presented by the Winnipeg Foundation is currently open at The Forks Port Rink, with new sections updated regularly here.

Nestaweya [Ness-ta-way-ah], meaning “three points,” is the original Cree name of the area where the Assiniboine and Red Rivers meet. This naming is part of The Forks' ongoing effort to honour its Indigenous roots under the guidance of Dr. Niigaan Sinclair, a professor and national award-winning newspaper columnist who is the Indigenous Curator of The Forks. Under his tenure, we’ve witness the creation of Niizhoziibean, the south area of The Forks that now features huge public works of art, a wigwam, and a meeting place, all with signage in Cree, Ojibway and Michif. According to Sinclair, it's one of “the largest collections of Indigenous-led public expressions in any historical site in Canada”.

Skate rentals are available from the Forks Market at Iceland Skate Rentals, just steps from Nestaweya's current main point of entry. Should you be looking to explore more of the trail as it awaits grooming and flooding, you can rent a fat tire bike from Kendrick’s Outdoor Adventures, also located at The Forks.

The new Warming Huts are expected to be installed later this month.

WinterPeg readies you with updated conditions, info, and rentals

The Winnipeg Trails Association's WinterPeg campaign has restarted, meaning a groomed cross-country ski trail and portable ski-rental centre is now in your area of the city. Using the map, calendar and info on the WinterPeg website, you can get up-to-date conditions on ski trails in your area, along with the location of the Winnipeg Trails Association's mobile ski library (which also has a permanent location at The Forks).

The WinterPeg site also keeps track of skating surfaces in the city--with over 40 accounted for--along with snowshoeing, cycling and star-gazing info too. Follow the #Winterpeg hashtag on social for more updates.

For more outdoor adventures, check out our latest Only in the Peg guide here.