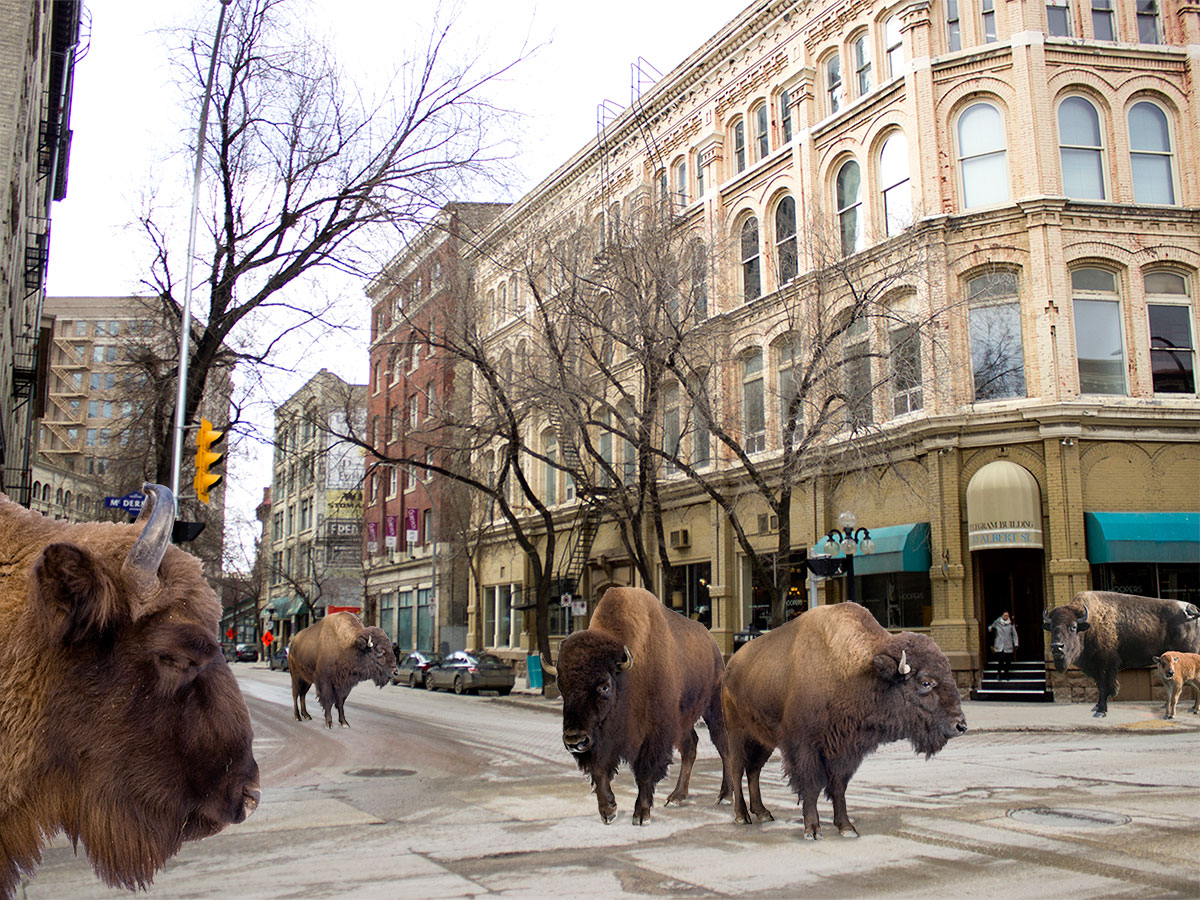 Based upon the success of FortWhyte Alive’s urban bison herd model – along with the popularity of Banff National Parks’ elk – Tourism Winnipeg has officially unveiled their very own city dwelling Bovinae herd.

Thirty-six bison can now be found roaming the north side of Winnipeg’s hip, historic Exchange District (additional borders have been placed along Portage and Main so they don’t cross), often grazing in front of the Cube stage.

“We always had wanted to bring the public closer to Manitoba’s most majestic creature and symbol, and releasing this herd of three dozen just seemed like the best option,” said Cody Chomiak, Tourism Winnipeg’s director of marketing, in a press release.

“Now, when you are out shopping the Exchange, and exploring its excellent cafes, restaurants and bars, you’ll find even more friendly (albeit long and furry) faces on the street,” continued Chomiak.

“They have been out there for two days now and we’ve really been receiving some positive feedback. Aside from one particular bison, who has been trying to graze on the artificial grass on Little Brown Jug’s patio, we’ve really had zero complaints,” said Chomiak.

“In fact, the staff at Peasant Cookery said they are a great addition to the neighbourhood, as patrons continue to book all of the bistro’s window seats to gaze at the bison while they graze.”

The bison will remain in the Exchange for the foreseeable future, while patrons of the area will also notice new signage on the streets and bike paths notifying how North America’s largest land animal (they are even heavier than polar bears and moose #itsafact) now has the right of way when it comes to traffic.