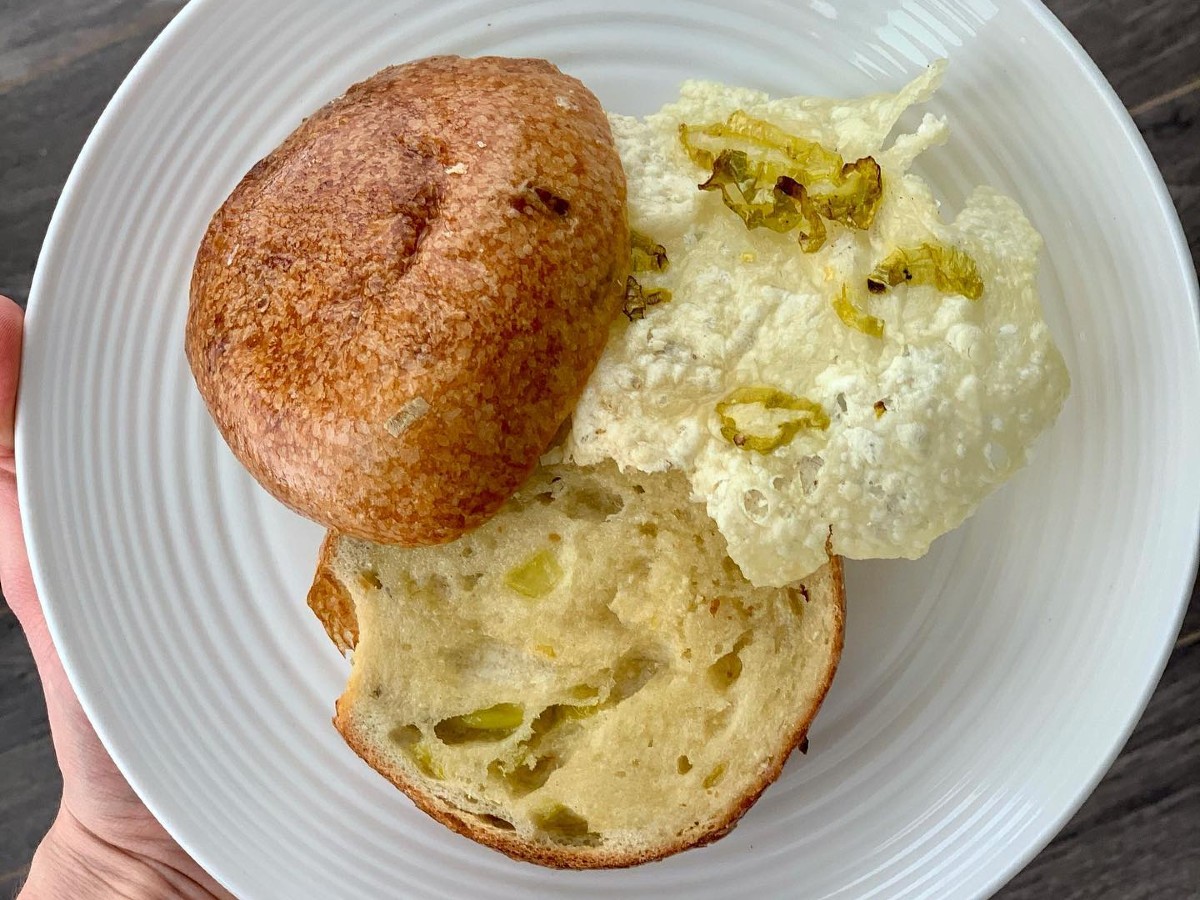 Goodness gravy, curd is the word to kick off the month of love, while so many spots are also readying multi-course Valentine's Day meals that look like love at first sight.

On top of that, we have a new entrant in the city's  battle of the bagels, plus a ghost kitchen specializing in the killer combo of chicken and waffles and an old school Italian joint slinging only fresh pasta too.

“Home of the whole bagel” is a fitting tagline for this online Winnipeg shop, whose bagels are made with Manitoban ingredients and hand-rolled, boiled and baked without a hole in the middle.

The result is one of the best bagels we’ve eaten, with a crackly, crispy exterior and a fluffy, pillowy interior that toasts perfectly and makes for incredible sandwiches. It’s not difficult to eat the entire half dozen slathered in Salt and Sunshine’s house-made maple salt or green-onion-whipped brown butter within a few days (trust us, we did it), but they freeze well if you manage to keep them around longer.

The bagel lineup includes OG favourites like sesame sea salt, everything, and chocolate chip (a nostalgic childhood treat for many), as well as fun weekly features like rosemary salted honey and pepperoncini and Swiss. We found the latter to be delightfully spicy with a flaky cheese skirt that covered the entire bagel and made a delicious base for breakfast sandwiches.

Behind the bagels is Carter Bouchard and Edzel Bernardino. Bouchard is one of the talented chefs at Passero and a graduate of RRC’s culinary arts program (while there, she won a scholarship to Institut Paul Bocuse in Lyon, France where she studied for four months), while Bernardino both rolls the dough and takes the photos for the social platforms. Starting a bagel operation has been a longtime dream of Bouchard’s and she spent the last year experimenting with various recipes and techniques, including omitting the hole in the bagel’s middle, which leaves more bagel for the customer and makes a stronger sandwich.

On the heels of Le Vegan Week and Fried Chicken Fest comes La Poutine Week, giving us yet another reason to forego our new year's resolutions, unless that resolution includes trying as many combinations of potatoes, cheese and gravy as possible.

More than 100 restaurants in Winnipeg are participating in this year’s Fest which has partnered with SkipTheDishes to offer easy takeout options for each.  Charcoal Collaborative is breaking down the participating restaurants by neighbourhood over on its Instagram page. We’re intrigued by many of them, most notably the ‘ra ra Rasputin’ from Rae’s Bistro—layered with house made chorizo, candied jalapeno, granny smith apple, fresh kale, cheese curds and smoked gouda, all smothered in beef demi-glace and topped with fresh green onion and toasted almond slices. As well, Bluestone Cottage’s ‘putin alena'—topped with burrata cheese, garlic cream gravy, fresh arugula and prosciutto—sounds like it wants to be our friend. And speaking of friends, Kosmo’s have utilized crushed cool ranch Doritos in their dish, while St. James Burger & Chip Co. has created a rainbow poutine. There are some tasty looking iterations of gyros and shawarma poutines to be had as well.

Dirty Bird’s concept is simple: a ghost kitchen that serves only chicken and waffles and only on Sundays. You can  place your order through their Instagram account one week prior to pick-up, and the yeasted waffles and crispy chicken thighs come in three flavours—Korean fried chicken glaze with sesame seeds; honey butter with dill glaze; and hollandaise with maple black garlic. Everything we’ve seen and read about Dirty Bird sounds fun, and it’s high on our list of places to try in February.

Joining the St. Vital fresh pasta scene is  Pasta di Casa, which just opened in late December. It’s a real red sauce joint, with the recipes dating back at least five generations, said owner Tony Braccio to Tayna Misseghers in The Lance.  As you can read in the link, the place is a classic Italian family run operation, with all the noodles made in house, most of which are pressed and cut via a heavy-duty pasta extruder that has been imported from Italy.

Valentine’s Day dinners and more news you can use

Two of our favourites are now bringing you some of the best items from their kitchens to be easily prepared at home.

Yujiro at Home is a new service that will be providing ingredients and dishes from all three of their Japanese establishments (Yujiro, Saburo Kitchen and Gaijin Izakaya). To start, they are boxing up all the essentials to make Yujiro’s legendary ramen accompanied by soothing how-to videos to lead you step-by-step.

As if chef Louie wasn't busy enough at  Aroma Bistro, he is now selling their wildly popular wontons in frozen ready-to-cook format, replete with that irresistible (and not too spicy) autumn-spice chili oil. You can currently get 10 wontons for $8, and 20 for $13.99. This is the first step in a new venture they are doing called Aroma Home Chef, which will allow customers to cook some of the restaurants most popular dishes at home. Aroma has also just taken over the space next door to the restaurant at 741 St. Mary's Road so they can increase the kitchen capacity and hire more cooks from Red River College.

For more meal kit ideas, check out our article  Some Assembly Required from mid-December.

Valentine’s Day. Okay, so there’s no pressure on getting that perfect table and reservation time this year because it doesn’t exist. That said, holy smokes there are so many delicious options instead.

Here’s just a few terribly exciting examples that we gleaned from Instagram, all of which are meals made for two, or are big ol’ boxes of fancy things, and of course some sweets too (the links are all in there so we don’t need to get all redundant with phone numbers and how-to-order instructions etc… Steve*). But do be sure to check the cut-off date for orders, as all these places are selling now!

*Steve is always emailing us like, “what’s the address? When is it open? Can I get the dressing on the side?” Steve doesn’t click the links and we are losing patience, although we greatly appreciate his readership.