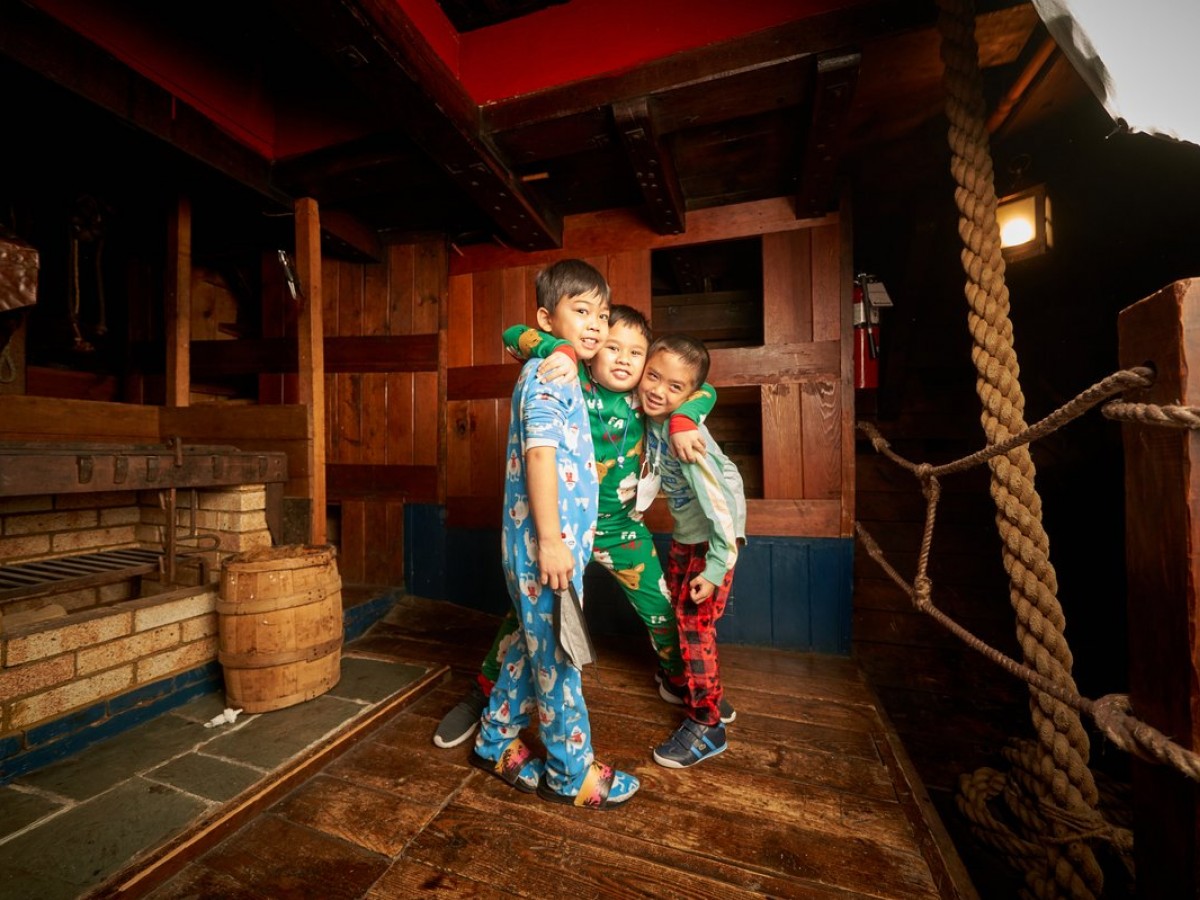 As any kid will you, everything’s better when you’re in your PJs.

At the Manitoba Museum, they too know this well, much like they know–and show you–every fascinating facet of this region’s history.

This holiday season, from Boxing Day to January 4, the Manitoba Museum is combining the two (that being pyjamas and its enhanced exhibits) by inviting families to experience the Museum, Science Gallery and Planetarium all while comfortably dressed in PJs.

The pyjamas are, of course, optional, but if members of your crew choose to stay in their cozies, you’ll be entered to win an excellent prize pack that your whole family can enjoy.

Here’s what’s in store at the Museum this holiday season:

Beyond the Sun goes beyond our solar system to explore worlds beyond our wildest imaginations (or at least, past where Interstellar took us). The film, which plays every day at 11 a.m. and 1 p.m., follows a young girl and her guide, Moon. They search for all-water planets, free-floating planets (which, fun fact: the Milky Way could contain billions of!) and even Super-Earths, which so far NASA has found 1,593 of. (Seriously, how cool is space? And we don't mean because it's on average −270 °C). You’ll also learn about one of the all-time cool jobs, exoplanet hunters, whose work involves scanning the skies for planets just like ours.

Like all Planetarium shows, you can expect Digistar® 5 All-Dome digital projection technology, which means that the screen above you is seamless, just like you were looking into the night sky with your own eyes.

Other Planetarium shows this season include The Alien Who Stole Christmas, Season of Light, Explore, Manitoba Skies and Legends of the Northern Sky. Here’s the full schedule.

Go below deck on the Nonsuch

Everyone loves hopping aboard this famed 17th-century replica ketch, but have you ever entered its hold? This returning tour will bring visitors below deck to see what it would have been like for the crew during voyages at sea. You’ll hear tales from the Hudson’s Bay Company of old, see the cramped quarters where deckhands would have rested and learn how cargo could have been safely stowed.

If you haven’t experienced the marquee Nonsuch Gallery in the past few years, you’re in for a treat. There are sounds from the port of Deptford (the gulls really take you there), plus the lights dim and brighten like the sun rising and setting. It’s super neat, while the ketch itself (that’s another name for a two-masted sailboat like this beauty) is as shiny as ever. You’re sure to want to say "Ships ahoy!"

If you have nautical pyjamas, Tourism Winnipeg will also personally try to award you one temporary anchor tattoo; the real thing you only get if you cross the Atlantic, much like this Nonsuch did in 1968… true story!*

PJ scavenger hunt? Yes, please! From 10 a.m. to 5 p.m. daily, your little ones will love trying to find all the little snowmen that have been hidden throughout the galleries. Each snowman will feature a letter, which you then collect to solve the word puzzle. Again, more prizes can be won here, plus, they’re plush, so you don’t have to worry about them melting away like Frosty.

And speaking of frosty: the museum will also be dazzling with 20-minute demos (daily at 11:15 a.m. 1:45 p.m. and 3 p.m.) featuring liquid nitrogen and static electricity. These foggy, hair-raising experiments will show you how things can instantly be frozen. You’ll also learn why combinations like carpets and dry air can be shocking. (See, a dry cold is also a cool one!)

Why we always love Manitoba Museum

Outside of all these fun new and returning things, we’re always here for a trip to the Manitoba Museum. While you’re there, be sure to check out some of our personal favourite things (make it an extra scavenger hunt!) like the giant sloth skeleton (yes, that’s not a dinosaur). Keep an eye out for Dee Barsy’s stunning mural, “Rhythmic Movement in the Grasslands,” the world-class, 90-million-year-old juvenile pliosaur fossil (it's still so intact!) and the revamped Prairies Gallery. Here, you’ll spy (and hear) something fascinating (and sometimes, admittedly heartbreaking) from this region’s history in every corner.