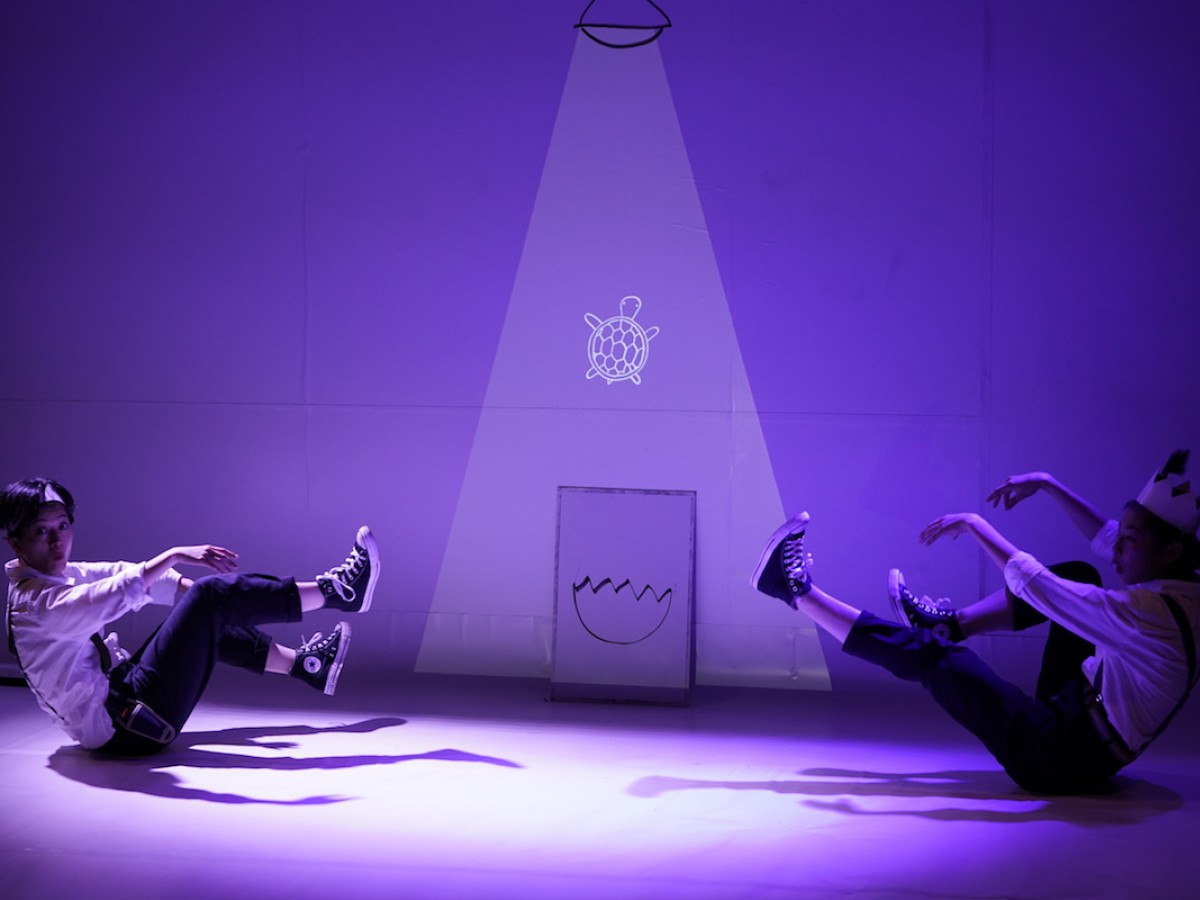 Doodle POP at MTYP promises to "draw in" your youngsters

Doodle POP at MTYP promises to "draw in" your youngsters

Coming all the way from Korea, Brush Theatre present the utterly beguiling follow-up to smash hit Woogie Boogie. Doodle POP is 55 minutes of sheer delight in the form of animated live doodling, projections, mime, physical acting, shadow play and puppetry. The Doodle POP team describes the inspiration behind the show, ahead of its run at Manitoba Theatre for Young People.

Doodle POP is a multimedia drawing show that combines hand drawing and projection. It is about two friends, armed with black ink markers, going on their first adventure to the sea with their lovely turtle. While they fill the blank and reform the stain on a big whiteboard, we create magic that makes their doodling come alive. All the inky mysterious sea creatures appear on the wall, playing pranks on our mischievous duo. Even though we owe the success of these magical moments to technology, the show basically comes from our personal desires, rather than an interest in technology.

The most important inspiration for our show was memories of our childhoods. We remembered what it was like to be those kids again, who had fun while scribbling on a small sketchbook and even on walls. We remembered how those blank spaces inspired us and how exciting it was to fill every space with anything that we could think of. We wanted to bring back those moments. We didn't have to be a master of anything just to scribble. There is neither right or wrong, nor good or bad in doodle. It did not need a message to deliver but we as children always ended up making our own story by filling blank space with our imagination and the same is true with the show.

It is an honour and the biggest pleasure for creators to see that our own imaginary world meaning something to our young audience… and even inspiring them. Children that we have met are immersed in the whole erratic flow of what Doodle POP creates. Every capricious stroke metamorphosises into some unexpected feature and children actively respond to that. They laugh, they yell and they try so hard to guess what is coming next (actually their parents do exactly same thing as well...!). Every wild guess is welcome to be spoken out loud, because the show itself is from creators’ untamed thoughts.

This interaction between our doodlers and audience creates a very special atmosphere that belongs to Doodle POP. “I’m so happy to start my day with this show.” - is what one of the staff we encountered at a festival had to say. During the performance, everyone shares a great time of rejoicing and experiences the full measure of hospitality from one another. The imaginative energy and pure laughter draws the audience into the adventure of mischievous doodlers. The jaunty piano and drum sound accompany them on this journey.

Not everyone is happy about Doodle POP though. We have had some complaints pouring in from parents that their children start drawing things all over the house after watching the show!! We also heard from some children that their Mums decided to throw away all their colouring books and leave them only blank paper. Ah well… doodling becomes one of our wicked pleasures!

Doodle POP is playing at Manitoba Theatre for Young People from March 31 – April 13, 2022 and is meant for ages 3-8. For tickets and more information go to mtyp.ca

*This article was originally published on femalefirst.co.uk.