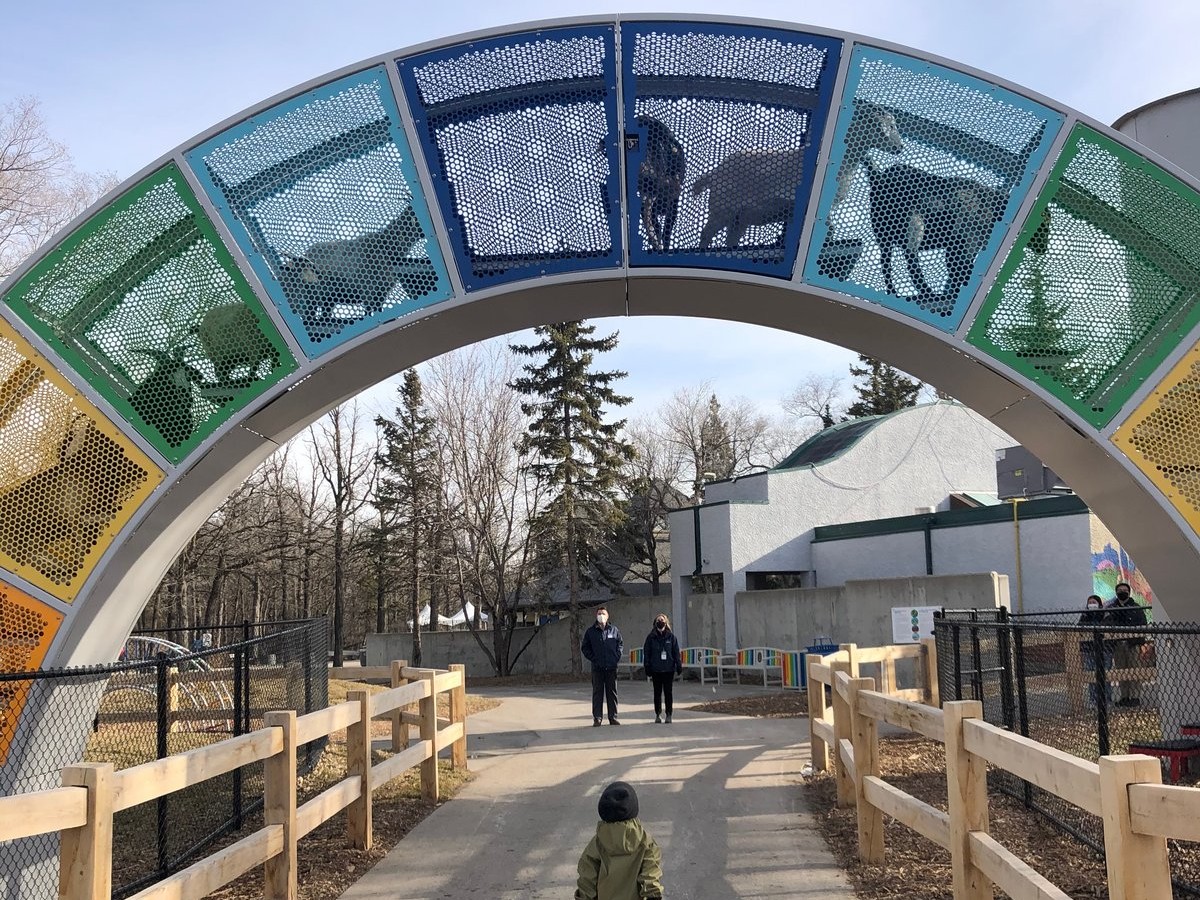 All the big attractions are back for March break in Winnipeg

The weather is warm again! You can go places again!

Here are a few places that we recommend for families this March Break. And please, wear a mask, preferably a locally made one.

We kid you not, Aunt Sally's Farm is guaranteed to charm at Assiniboine Park Zoo.

This new throwback exhibit -- the original opened in 1959 and takes its name from Sally Warnock, an animal rights activist in Winnipeg who was a founding member of the local Humane Society -- features pot-bellied pigs, llamas, miniature donkeys and a huge flock of goats who command the whole exhibit as they galavant over the heads of visitors in these amazing rainbow bridges.

This lockdown’s been so long we actually watched Jurassic World–for a second time! As you know, it’s paltry fare compared to the world-class fossils at the Manitoba Museum, with its Cretaceous-era specimens including a 94-million-year-old pliosaur and mosasaur displays (it’s the one that eats the shark in the movie).

The Manitoba Museum Galleries will be open starting March 4, Thursday to Sunday from 11 a.m. to 5 p.m. There will plenty of new things to see when it opens too, including a new Discovery Room exhibit celebrating 50 years at the current location, a spiffed up Welcome Gallery (where the immense bison-hunt diorama will continue to greet you) and upgrades and improvements throughout the other Galleries.

The Museum will be open every day of Spring Break (Mar. 27 to Apr. 4) from 11 a.m. to 5 p.m. During this time it will offer self-guided scavenger hunts, with chances to win prizes, and virtual mini-programs to inspire folks to come on down.

The Winnipeg Art Gallery is now open Tuesday to Sunday, 11 a.m. to 5 p.m. (9 p.m. Fridays), with new signage and restrictions to maintain everyone has plenty of space while viewing the glorious works.

Qaumajuq, the Inuit art centre, is now open too, having already received numerous international plaudits for its design and mandate.

The Canadian Museum for Human Rights is open as of Tuesday (February 23), from 10 a.m. to 5 p.m., through to Saturday. Masks are mandatory (ages 5+) while tickets can preferably be purchased online here along with details of the new protocols.

There are plenty of blue skies on the current forecast outlook, so be sure to give yourself time to see the Tower of Hope, which affords sweeping views of the city and surrounding area.