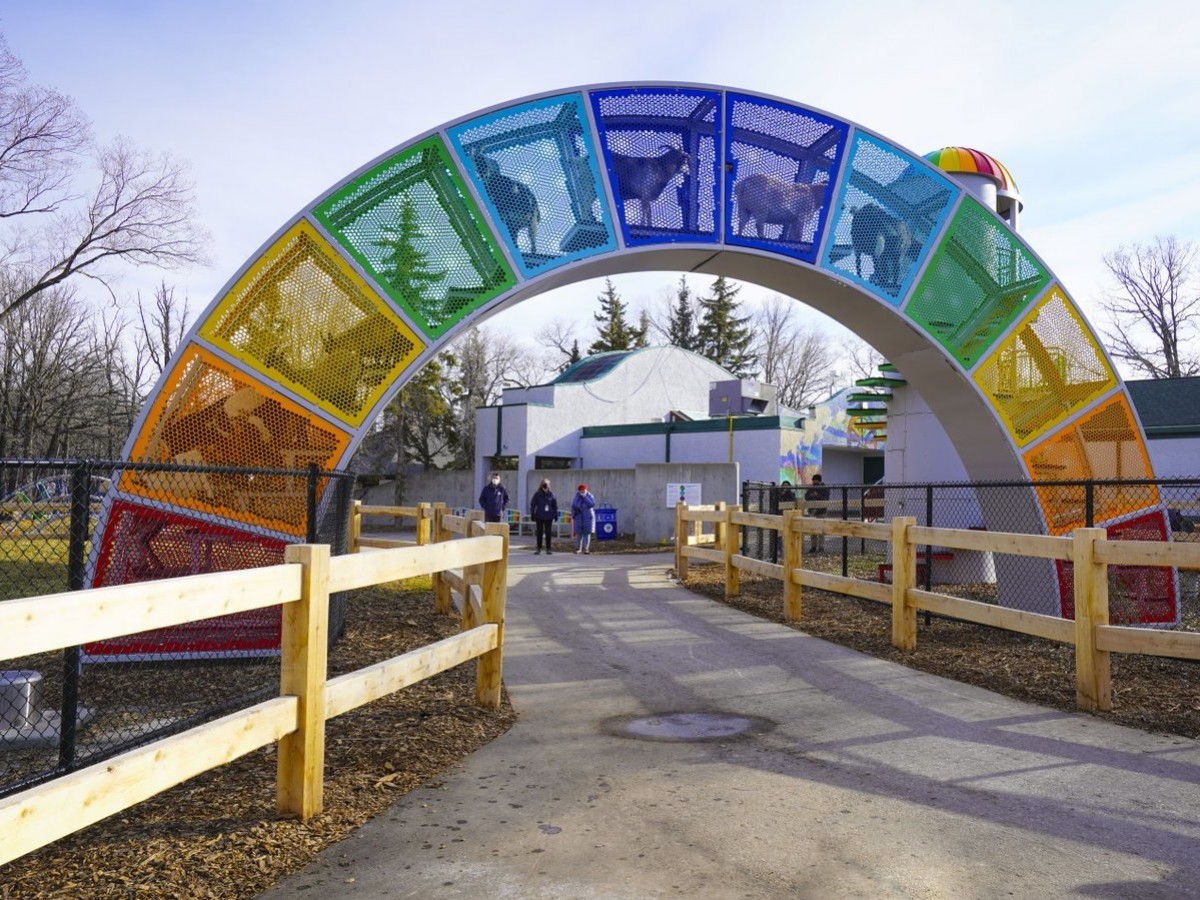 Watch: Kid you not, Aunt Sally's Farm will delight everyone at zoo

Altogether, it’s a cuteness overload, all located on the east side of the zoo, right across from the Journey to Churchill.

Aunt Sally’s Farm is an ode to the zoo’s original petting zoo, which opened back in 1959. This new version is hands-off (sorry, no petting the many merry goats; it’s all part of modern animal welfare) but features so many cool features that it will certainly not get your kids’ goat (pun intended!).

There’s a two-storey lookout tower that affords views of the zoo (including the muskox neighbours at the Journey to Churchill exhibit); a barn that is home to the ever-chewing, always-grinning lamas and saucy pot-bellied pigs; a fountain and a stage for entertainment this summer; and a playground for (human) kids that will see them climbing and butting into things much like the goats, but safely.

And those giant rainbow goat bridges! Talk about fashion and function! They allow the goats to climb up and over (your head!) from one enclosure to the next, making for a spectacle that all can enjoy.

Aunt Sally's Farm is named after Sally Warnock, a founding member of the Winnipeg branch of the Society for the Prevention of Cruelty to Animals, which started in 1919. She was the director of the Society (whose name changed to the Winnipeg Humane Society) from 1927 to 1958.

It’s yet another recent success story for Assiniboine Park Zoo, which currently (along with  its keepers and scientists) stars in the CBC Television show, Arctic Vets.

Aunt Sally’s Farm is now open to the public and is included in regular zoo admission. Zoo officials recommend people buy their tickets in advance online to minimize long line-ups. Assiniboine Park Zoo is open daily, 9 a.m. to 5 p.m. for all of spring break. For more info go to the  Zoo’s official website.