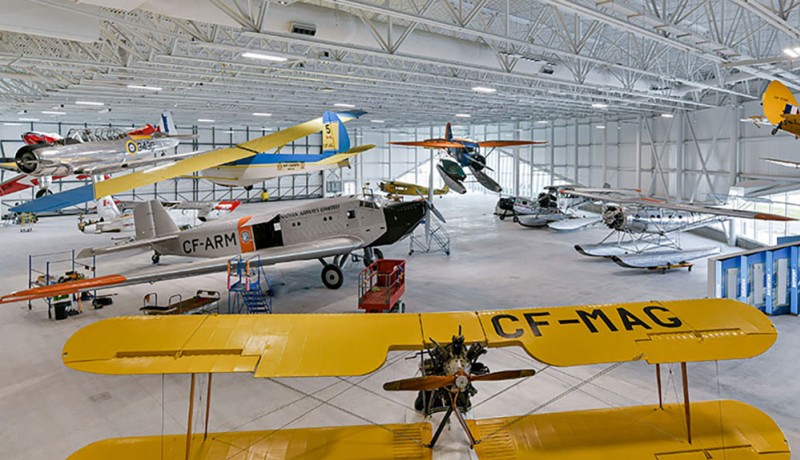 Despite the pandemic, the city’s roster of world-class attractions has grown, while there’s some special travelling exhibits worth noting too.

Great gardens
The Gardens at the Leaf officially opened last summer, ensuring this second growing season is even more spectacular. The Gardens are composed of several thematic areas that surround and spread out over 30 acres from The Leaf building. You will find a section dedicated to Indigenous plants, vegetable gardens that supply The Park’s culinary operations, a young grove, a performance area and more, all of it artfully assembled with sight lines leading back to the stunning, conical Leaf.

The Leaf itself is slated to open in late 2022, and will feature four distinct biomes, an onsite restaurant and event spaces, a butterfly garden and Canada’s largest indoor waterfall.

Cleared for takeoff
The sky’s the limit at the brand-new Royal Aviation Museum of Western Canada. Located right beside Richardson International Airport, this stunning facility will hit peak ceiling for both aviation enthusiasts and the general public alike.

From the massive gallery floor you can get up close—and even board—some of the most notable crafts from this region’s history of flight. There are several entertaining examples of aviation that never took flight (is that a flying saucer?), a second-floor lookout centre to do some plane spotting on the actual runways, along with an outside gallery to provide plenty of lift.

The north came to Winnipeg and the world followed
The New York Times, Smithsonian Magazine, Time, Azure, enRoute, The Globe and Mail and countless others have hailed Qaumajuq, the Winnipeg Art Gallery’s new Inuit Art Centre since it opened in March 2021. Its mandate of bringing and celebrating Arctic culture in Winnipeg via an all-Inuit curatorial team for its opening exhibit, its architecture that replicates the Arctic’s stark beauty and an overall Inuit art collection—the largest of its kind in the world—has all fostered this praise.

Winnipeg Art Gallery-Qaumajuq is an institution worth celebrating and one that will hold you in wonder from the moment you walk in from the street and are met by the giant glass vault housing thousands of carvings. At night, look for light shows on the side of the building, while the WAG’s rooftop sculpture garden is always a great idea in the summertime.

True North strong and fancy
Downtown’s newest big thing is True North Square. Even though it’s technically a pre-pandemic offering, the place has continued to shine brighter over the past two years, particularly come summertime. Its central plaza provides ample space when a game or event is being shown on the huge outside screen and the Mottola Grocery crew usually has fun cocktail stations set up outside for the event. Plus, there’s always the Lake of the Woods Brew Co’s patio, located on the west side of the square. Gusto North, located in the main Hargrave Street Market on the second floor, also has a chic patio, while the market’s food kiosks are second to none, offering Japanese cuisine, burgers, brunch and craft cocktails.