Presented to an individual, organization or business influential in bringing a sporting or special event to Winnipeg, resulting in increased visitation.

Held at Bell MTS Place, the Canada vs. Nigeria basketball game saw the return of the Canadian Senior Men’s National Team to Winnipeg for the first time since the 1999 Pan Am Games. Basketball Manitoba and True North Sports and Entertainment actively pursued Basketball Canada to convince them to bring one of the team’s two Canadian games to Winnipeg. The other stop, Toronto, saw 3,000 spectators, whereas the Manitoba game attracted 8,000 fans, elevating the city as an ideal location to host similar events in future.

An initiative by the Redmen Fastball Organization of Peguis First Nation, the 2019 Native Fastball Championships were a resounding success. Hosted at John Blumberg Softball Complex, approximately 70 teams with a total of 1,050 athletes and 750 spectators attending daily. The success of the event helped raise the profile of the Redmen’s unique fastball program, while also garnering media coverage from three First Nations outlets, and solidified that related events will be hosted in Manitoba in the future.

Organized by Volleyball Manitoba in partnership with Volleyball Canada, the NORCECA Men’s Continental Volleyball Championship saw teams from seven countries in North America compete in an international volleyball event for the first time in Manitoba since 2014. The event had some added clout as an indirect Olympic qualification opportunity, making it extra special for the dedicated volunteer base and spectators to be part of Team Canada’s Olympic journey. Approximately 3,200 spectators came through the doors throughout the six days of competition, with most Team Canada matches welcoming upwards of 800 spectators. 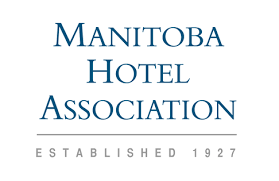