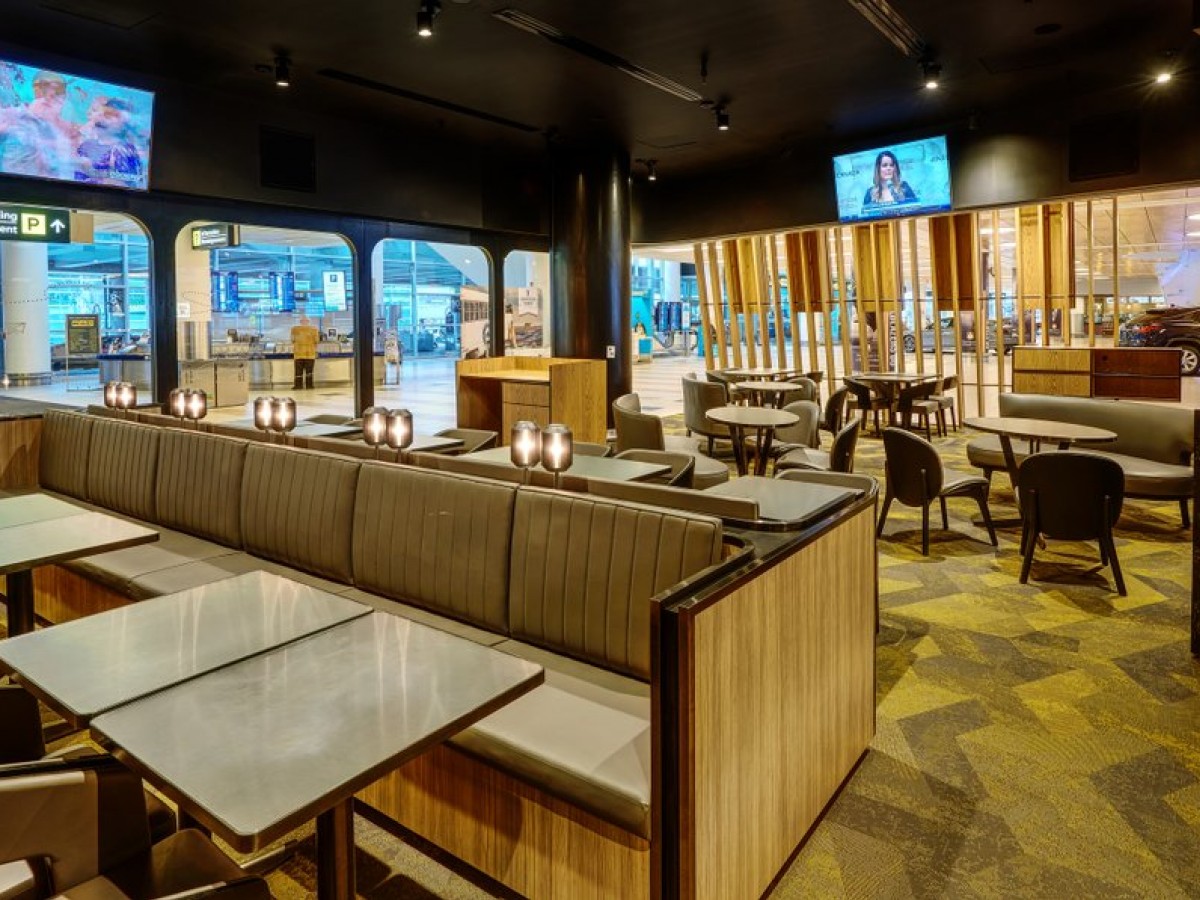 In the past dining on the fly often meant grabbing a boxed sandwich and an old cup of coffee. But the frequency in which people now travel has prompted more airports to look at their before and after flight food options; a movement towards a quality culinary experience that drives customers to come early just for dinner.

The Winnipeg Richardson International Airport’s newly branded restaurant, Root98, is becoming one of those go-to dining destinations for travellers by challenging perceptions of pre-flight food.

Winnipeg’s Root98, which pulls its name from both the nutritious base of a plant, as well as being a play on the word “route”, is a North American first for the Plaza Premium Group’s Airport Dining Collective, which has brands in Australia, Hong Kong, Malaysia, and Singapore.

The establishment also pulls in some local trends, such as the premium, grass-fed ribeye steak, maple-glazed trout with Manitoba organic black barley, and the plant-based Beyond Beef burger, stacked with vegan cheddar, pickled beetroot, dill pickles, and the house-made herb flavoured hummus.

Head chef Ramina Ritual and her team work to shed the stigma of an airport restaurant – which can be seen as assembly lines of prep cooks using frozen ingredients – by making as much as they can in-house, including making won tons for the soup by hand and whipping up batches of special Root98 sauce for the banh mi grilled pork sandwich (or wrap).

What also sets Root98 apart from standard airport chain restaurant fare is the ability to develop and evolve the menu based on customer feedback, seasonal offerings, and local producers. Coming this spring, chef Ritual is looking to create regular feature menus that stays true to the super foods that are the root, if you will, of the concept but also utilizes the season’s bounty in order keep things fresh for returning guests.

The restaurant has already developed a following of frequent travellers, who not only come in for the food, but also the restaurant’s friendly faces which offers up comfort in the form of familiarity while being away from home. And, for those who just want to stop in even if they aren’t taking off, Root98 offers free airport parking with a $30 purchase, making it a destination all its own.

Root98 is based in the arrivals area of the Winnipeg Richardson International Airport and is open 7:30 a.m. to 12:00 a.m. daily.