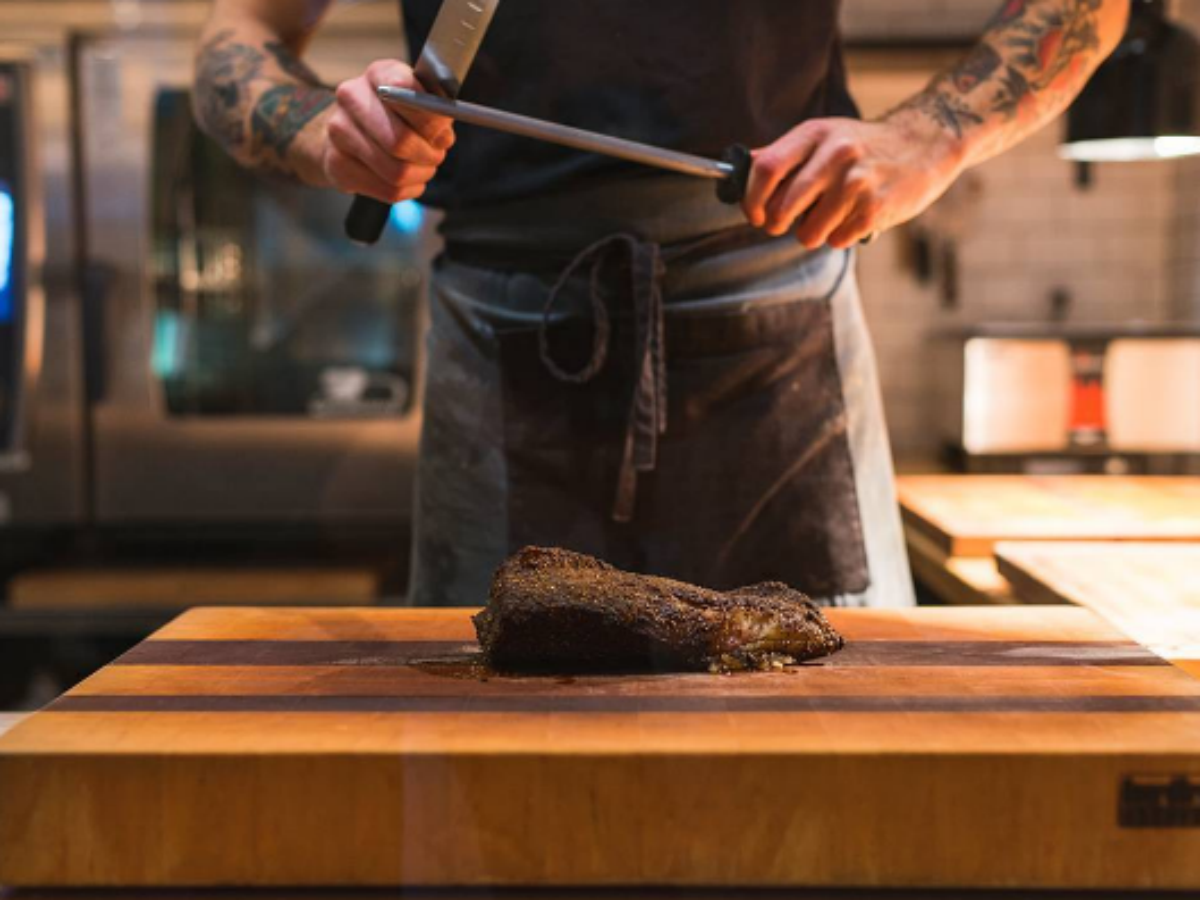 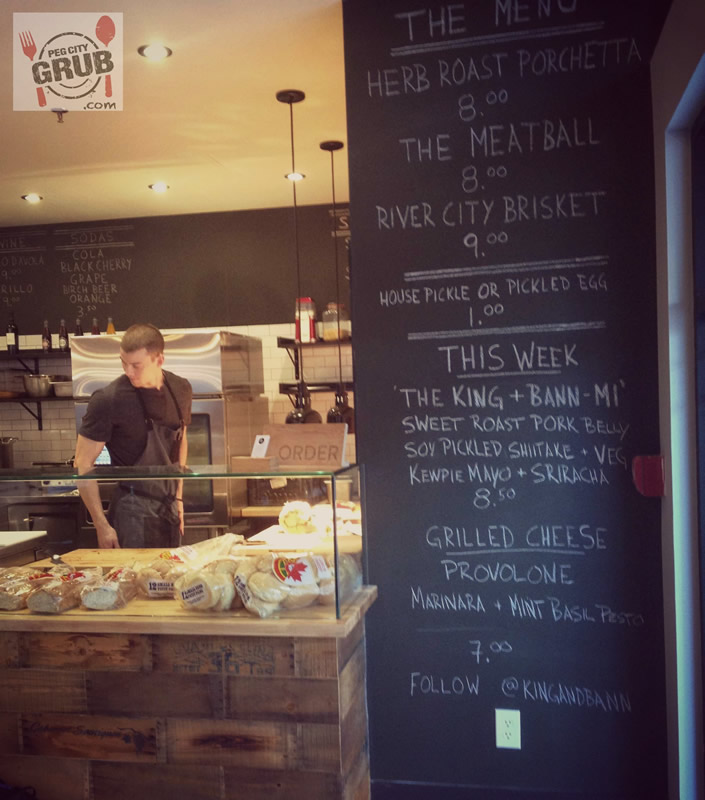 For anyone who's a regular reader of Peg City Grub, you'll know this is the place to learn about locally owned restaurants. Chain restaurants owned by large corporations typically don't find space here, with a few exceptions.

And when I see a new independently owned eatery with a line up to its lunch counter on a random Monday in January, that's a great thing.

King + Bannatyne, 'the sandwich shop on the corner,' opened in November 2014 on the south west corner of King Street and Bannatyne Avenue, across from Peasant Cookery. Three sandwiches, River City Brisket, Herb Roasted Porchetta and The Meatball, are regulars. Specials, like the King + Banh Mi and a Grilled Cheese Provolone with Mint Basil Pesto, change often.

An industrial modern decor with loads of brick, duct, iron and woodwork is on trend. The succinct menu, with just a few options, also captures the modern movement to 'less is more.' (Vera Pizzeria, a new South Osborne pizza parlour, also has a concise menu with just nine pies for the taking.)

Maybe these boiled down menus cut down on food and staff costs or simplify service, or both. One thing's for sure, when your menu is 10 or less items you have to knock them out of the park. King + Bannatyne's brisket and its meatball mini-sub certainly do that.

A crunch-fresh coleslaw with a zing of spice added some much-desired vegetables to both plates, appropriately cutting boards. Brisket and porchetta are both sliced and cut to order.

I haven't been back to try the porchetta or any of the specials yet. But when I do, I hope to see that line-up at King + Bannatyne again. 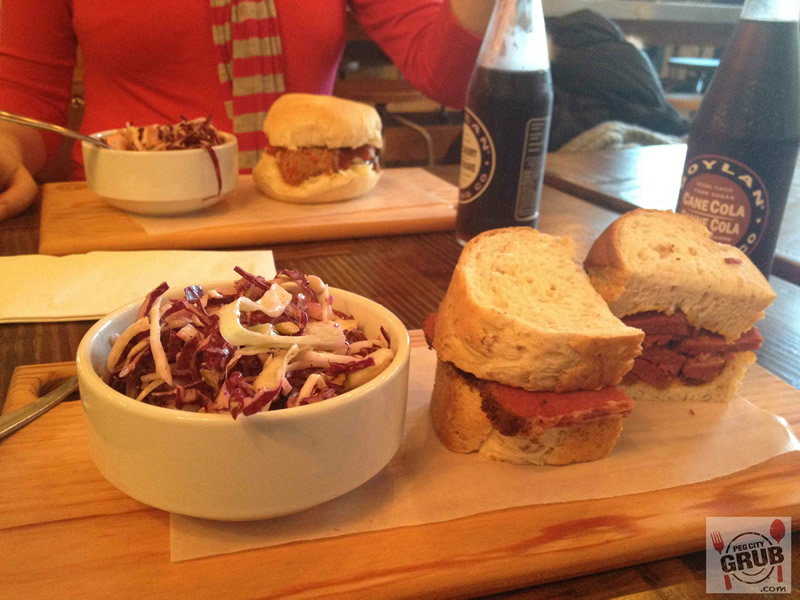 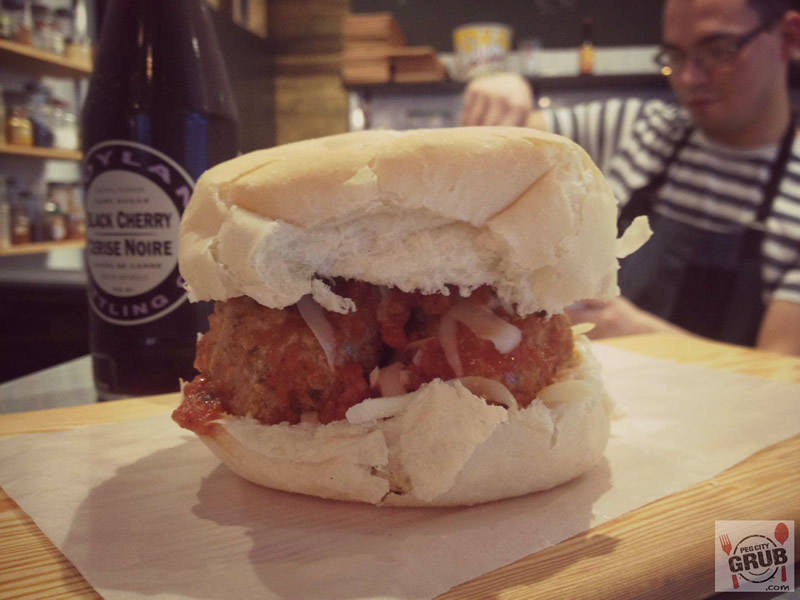 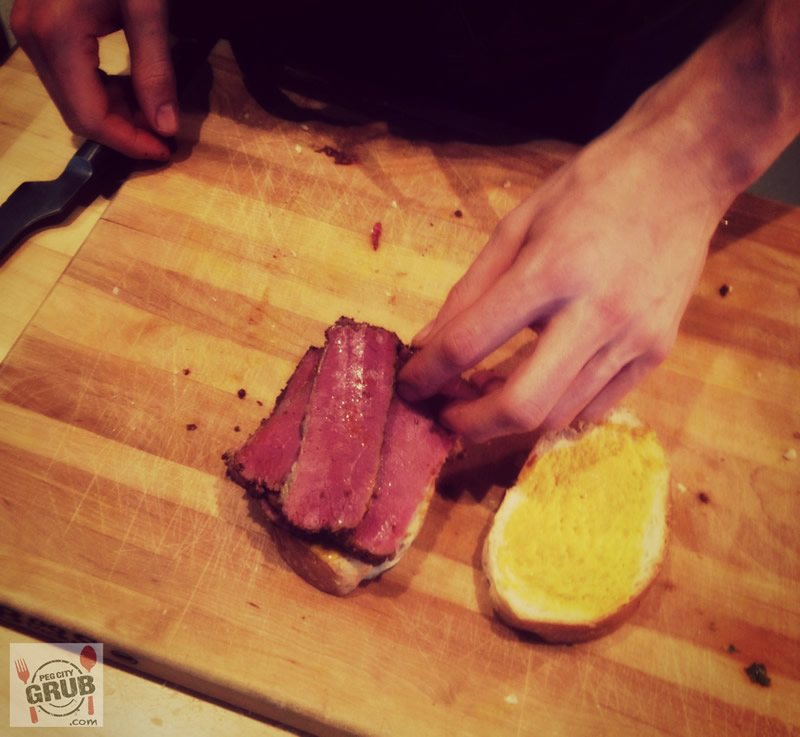