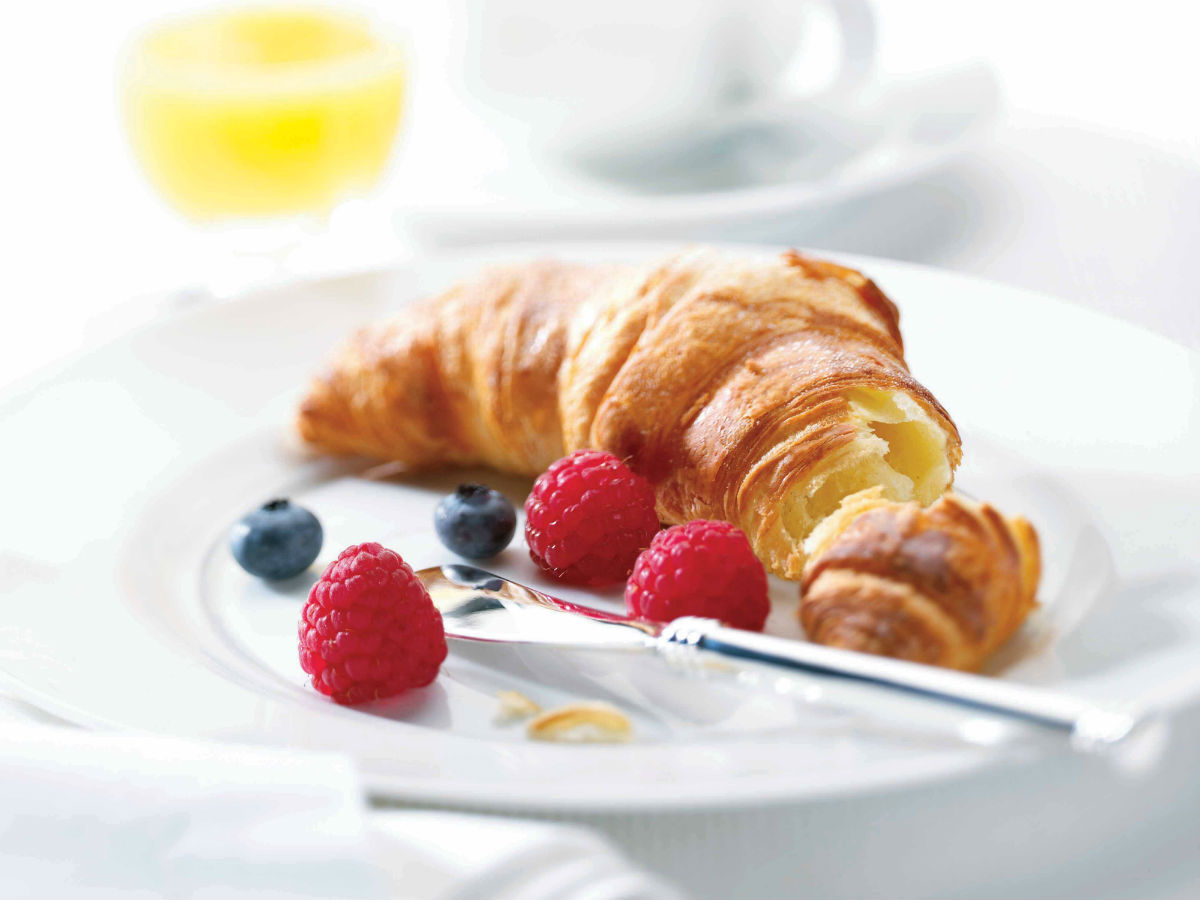 Behind the Line: Velvet Glove at The Fairmont 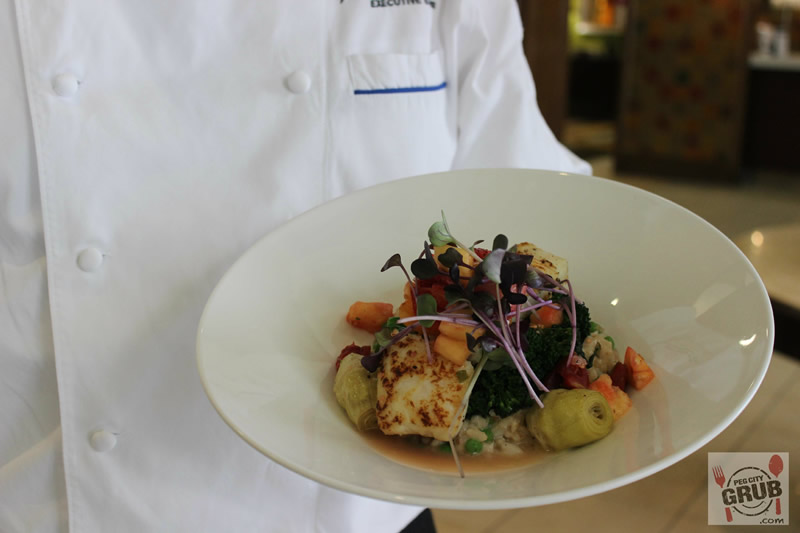 Seared halibut with pea and padano risotto at the Velvet Glove inside the Fairmont Winnipeg. (Photo by Robin Summerfield.)

If you're a born and bred Winnipegger, the Fairmont Winnipeg's Velvet Glove restaurant has a reputation for being a bit highfalutin.

"Sure it's the Fairmont, but come in your blue jeans, bring your friends and hang out."

On a recent visit to the 60-seat Velvet Glove restaurant, that's exactly what I did in between sampling four dishes, getting a tour of the kitchen, and meeting a few of the talented cooking and serving staff.

Langemann—who has been working in kitchens across Canada (with stops in Washington D.C. and Boston) for 19 years—rarely helms the line anymore. Instead, he takes great pride in the food his staff makes.

And he has a right to be proud.

Picking a favourite dish was near impossible. The smoked meat stacker was topped with a perfectly fried egg—the sunflower-yellow yolk oozing over the sides of the grilled bread and mingling with the tender slices of smoked and salty meat. (And whoever came up with the egg-topped sammie is a genius.)

A splash of citrus and coconut butter dressed the tender halibut. A perfect sear sealed in flavour and moistness. The strawberry-pineapple salsa added a spike of sweet fruitiness with each bite while the pea and padano gave the dish some heft.

A hit of soy saltiness was infused in every slice in the steak sandwich.

As Langemann and I shared our plates, it became abundantly clear the kitchen is on top of its game. (Check out the Velvet Glove's breakfast, lunch and dinner menus here.)

That's in large part due to how Langemann runs his game.

"I like to have everyone involved, trying new things and creating their own dishes. It keeps everyone interested and excited about their job. Otherwise, why would you do it?" Langemann asks.

And in the end, that mantra—whether you're a Winnipegger or just visiting—serves diners well. 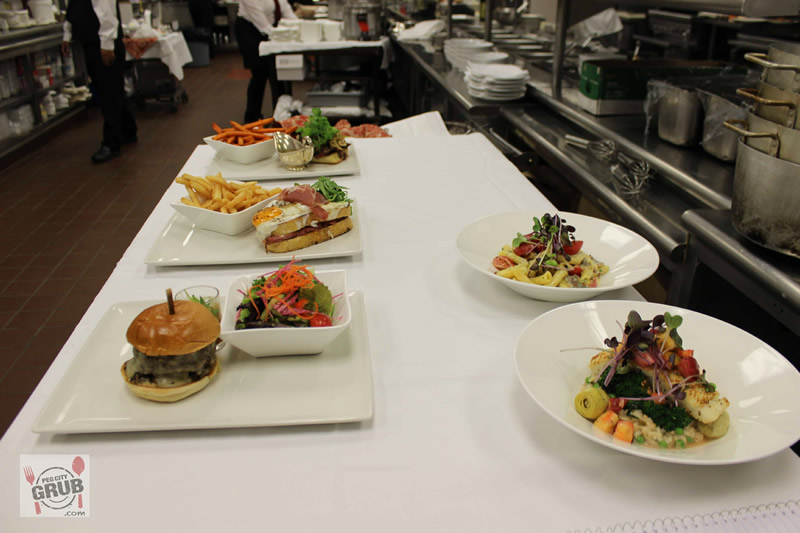 Inside the kitchen at the Fairmont Winnipeg, lunch awaits. (Photo by Robin Summerfield.) 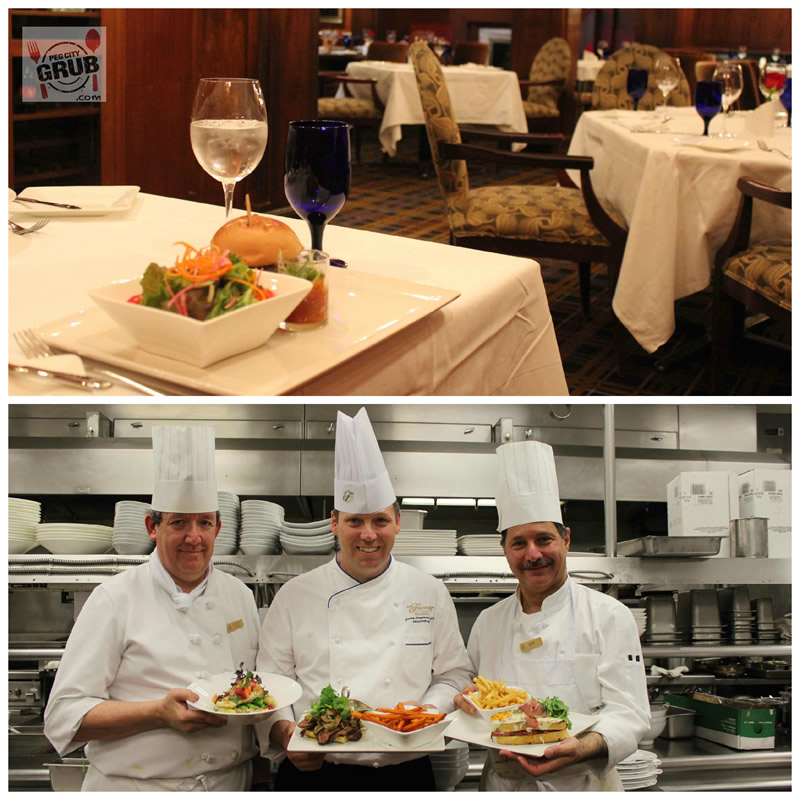 Scenes from the Velvet Glove at The Fairmont Winnipeg. (Photos by Robin Summerfield.)