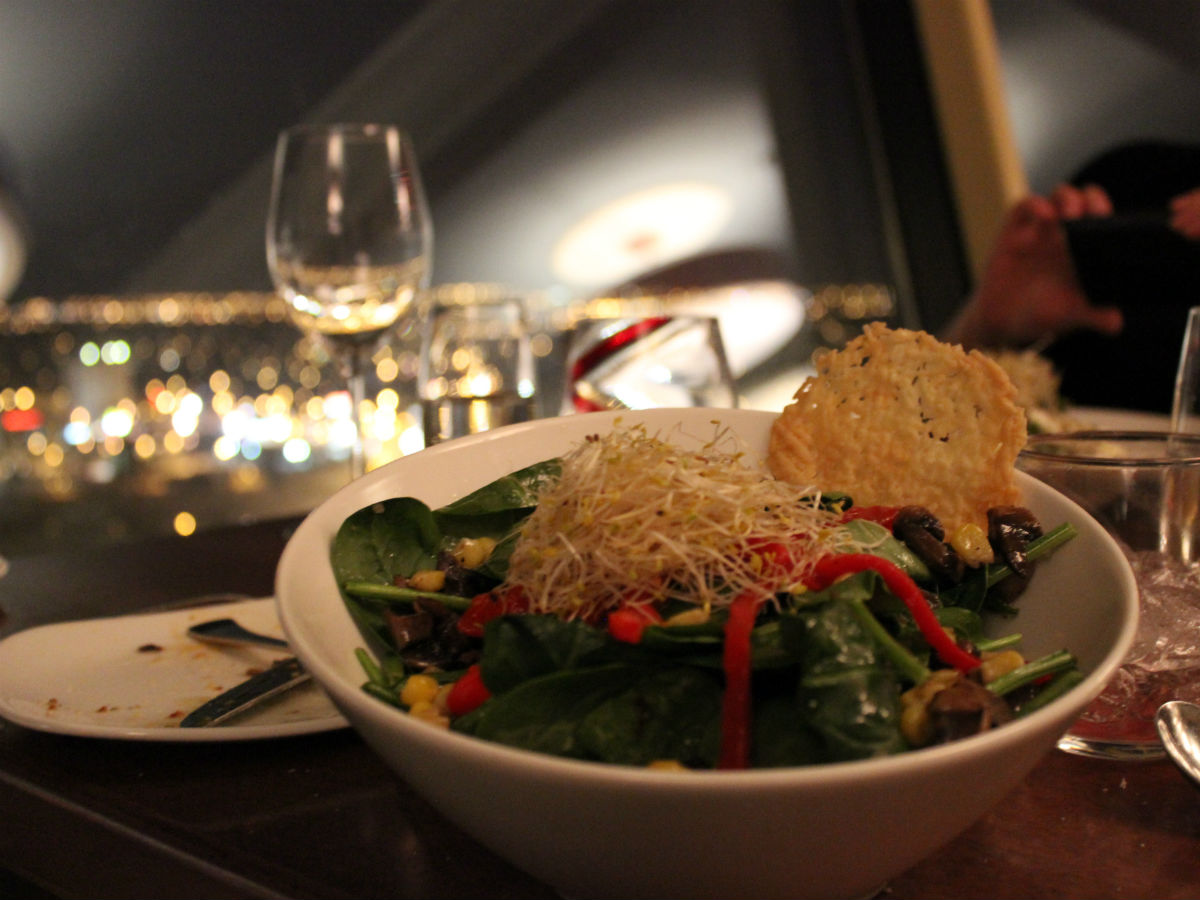 A young spinach & red pepper salad, beside the amazing view of Prairie 360

Prairie 360: Food from the Land 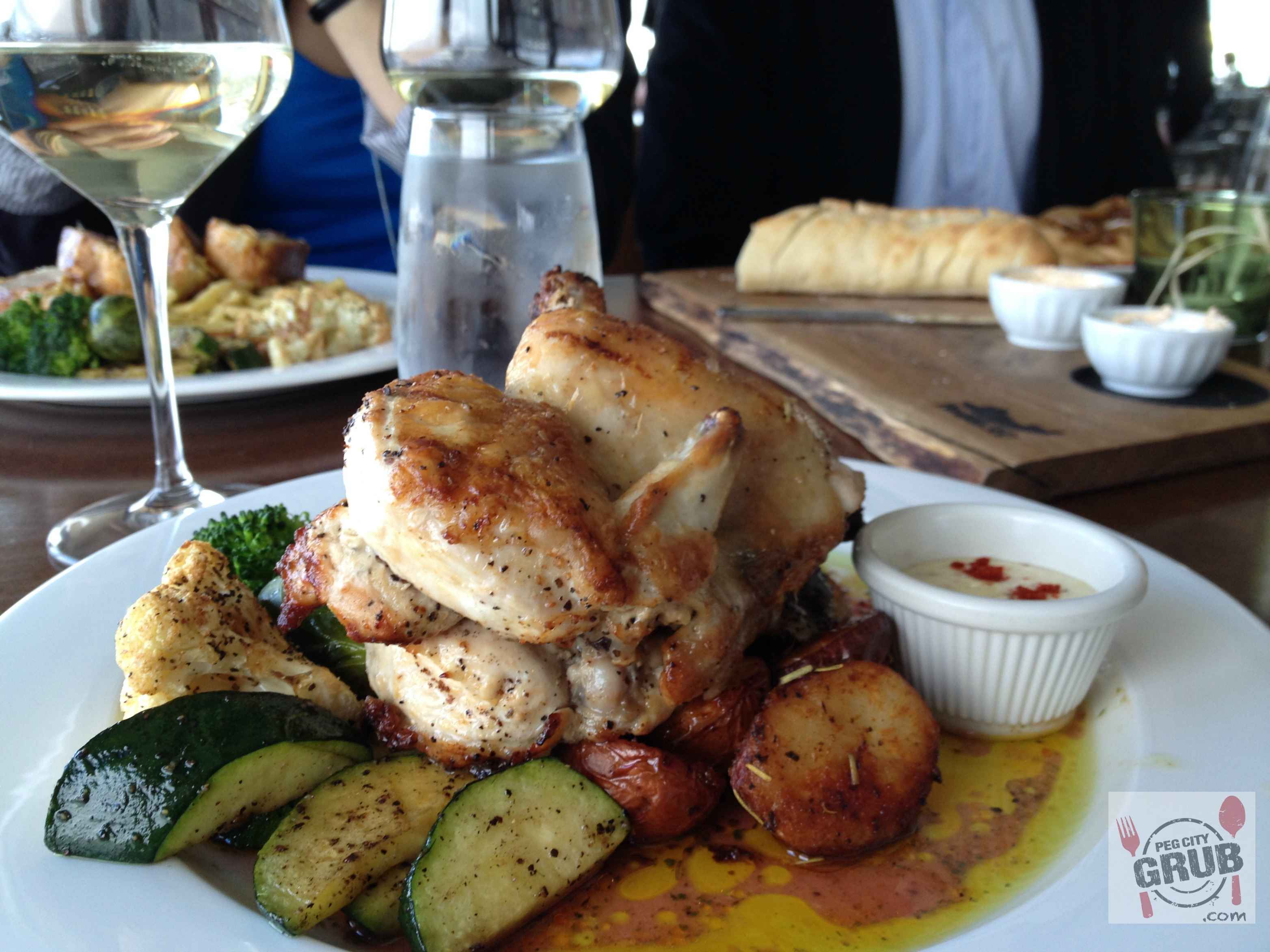 OK, let's get this out of the way right off the top. The view from Prairie 360 Skyline Restaurant and Lounge is fantastic. Located on the 28th to 31st floors of Fort Garry Place downtown, Winnipeg's revolving restaurant is unmatched for its view of the city.

The restaurant makes a complete revolution every 70 minutes or so, and there's beauty to be found from every vantage point. Watching storm clouds roll in is particularly dramatic and powerful.

The view is a big seller but as any successful restaurateur knows, your restaurant is only as good as your food. The view has a great wow factor for the first visit, but if the food is substandard, guests won't be coming back.

Prairie 360 delivers wow factor food, too. The menu is rustic, hearty and a love letter to Manitoba's farmers and producers. Roasting, grilling and stewing is a big theme here.

Beef gets a starring roll. A dry-aging cooler is Prairie 360's pride and its customers' joy. Alberta and Manitoba beef take their time here, aging up to 42 days in this climate controlled refrigerator. At the table, diners dig into tender, luscious steaks.

Steaks are for starters. On our visit, we dug into four entrées: Cornish Game Hen, Berkshire Pork Wellington, Bison and Prosciutto perogies and lamb, bison, elk and deer stew.

No morsel was left behind. The pork and Cornish Game hen were the table favourites. Both were tender, juicy and flavourful. Game hen can go sideways faster than you can say 'dry, chewy belch.' Not here. No bone was unpicked. No roasted potato ignored. It was Sunday dinner deluxe.

Meanwhile, bites of Pork Wellington were eagerly poached from the plate of our generous co-diner. Her spaetzle delivered that crisp yet tender texture that can be hard to master in this German staple.

Bison and prosciutto perogies sat in a slightly sweet garlic cream sauce cut with house-brined peppers. Meanwhile, the meaty stew satisfied a meat fix. One complaint: The meats were hard to discern from one another. But, to be fair, the server offered a honest description of the dish and hey, it's stew after all.

One last note: We whet our appetites with 4 ounces of dry-aged beef carpaccio drizzled with olive oil, balsamic reduction and salt and pepper. We elbowed each other for the melt-in-your-mouth slices of beef. The simple preparation let the beef do the talking. If it's not clear: The beef carpaccio is a must-try. Do not miss out on this delicacy.

This isn't my first visit to Prairie 360. It's an impressive spot for scotch, whiskey and wine lovers, too. Here's the inside story on its cocktail scene as well as a newcomer's guide to Prairie 360.

And if you want a preview of the view, here's a peek and an insider's look at the kitchen by Shaw's GoWinnipeg team. 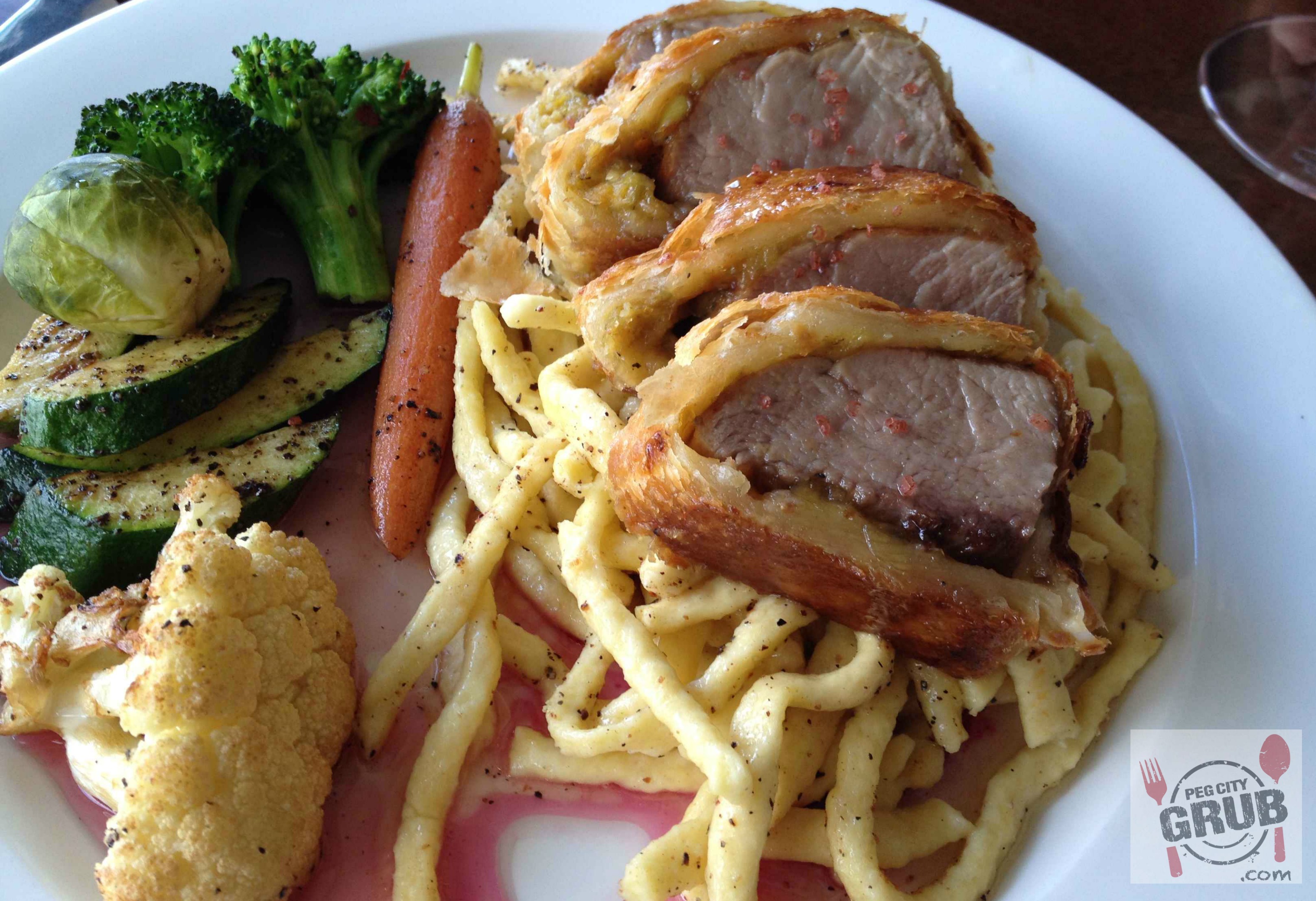 Pork Wellington with spaetzle at Prairie 360. (Photo by Robin Summerfield.) 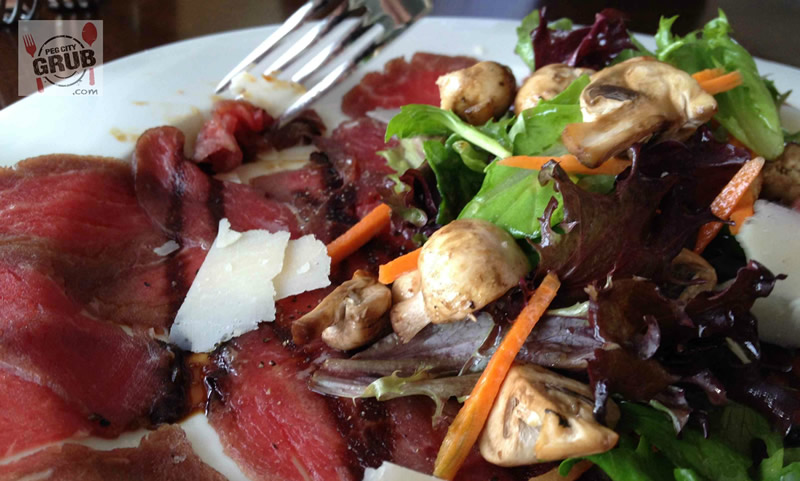 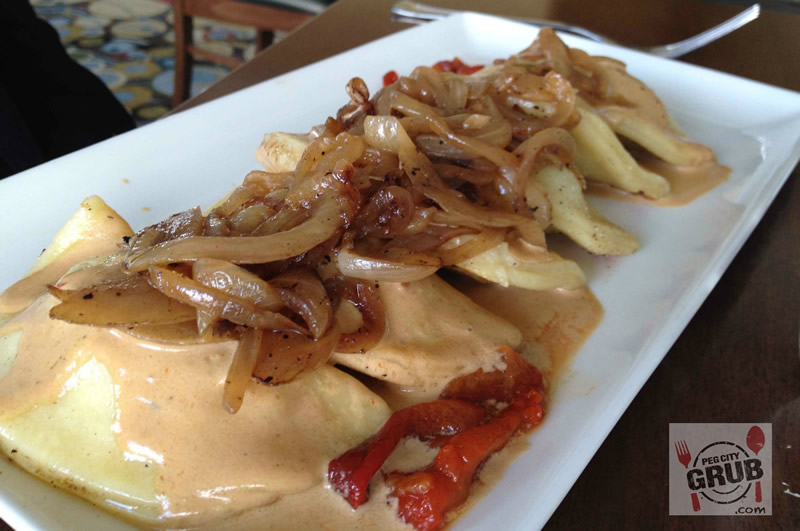 Bison and prosciutto perogies at Prairie 360. (Photo by Robin Summerfield.)