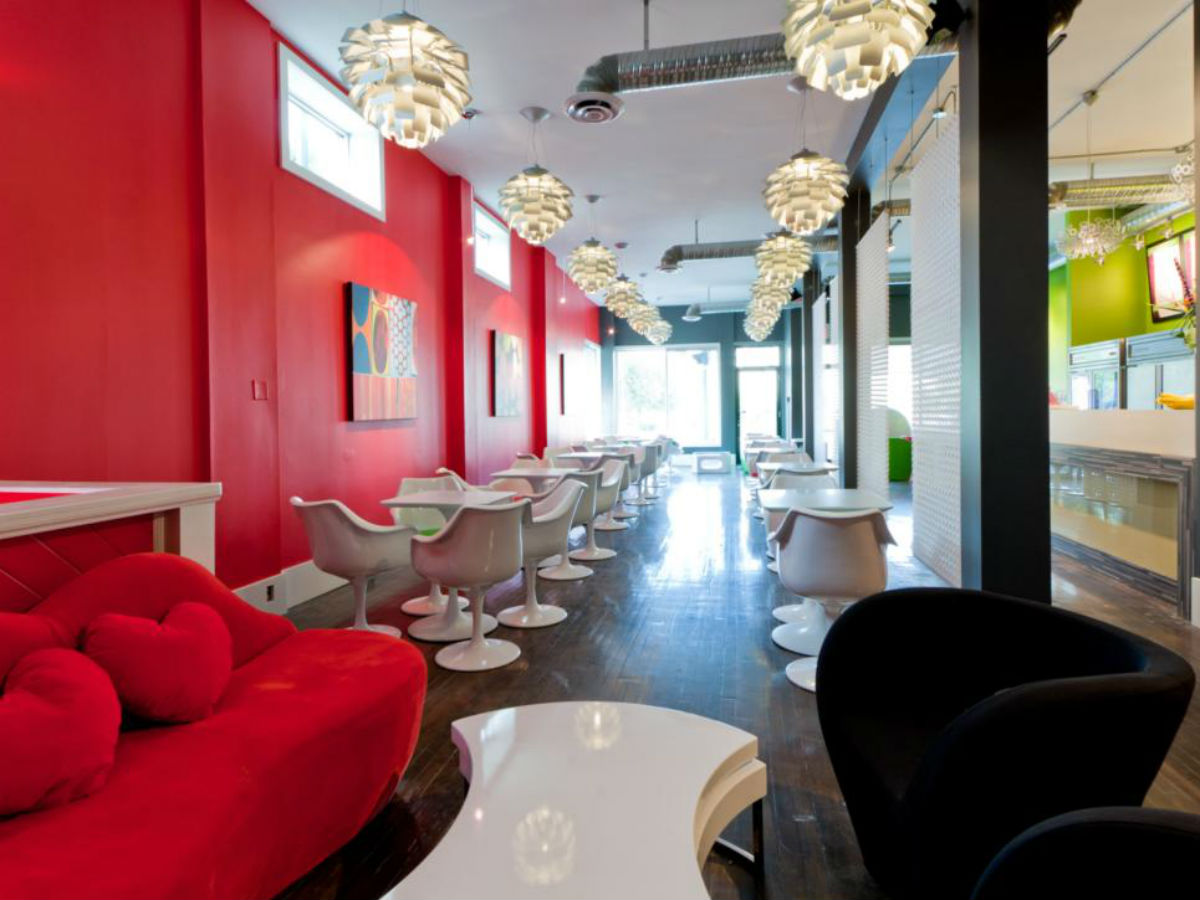 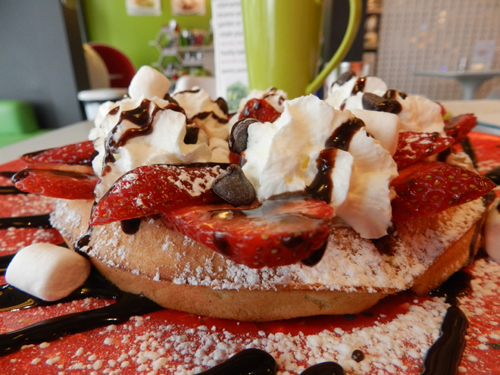 Behold the Strawberry Chocolate S'mores waffle, one of more than a dozen dessert waffles at Tea Story, a waffle house and tea shop in Osborne Village.

Osborne Village’s Tea Story is the modern antithesis of the stuffy tea shop.

Co-owner Daniel Song, a bio-chemistry graduate from University of Manitoba, and his partner Iris He, an Asper School of Business alum, opened the restaurant in May 2011. Song began drinking tea as a toddler in his native China. In 2004, he moved to Winnipeg for university. After graduation, Song and He decided to open Tea Story and bring tea culture from around the world to Winnipeg.

In addition to teas, Tea Story has a healthy selection of sandwich and dessert waffles.

Diners order at the counter and are served at their table by friendly and helpful staff.

Guests can watch as their thick, made-to-order waffles are prepared behind the counter. 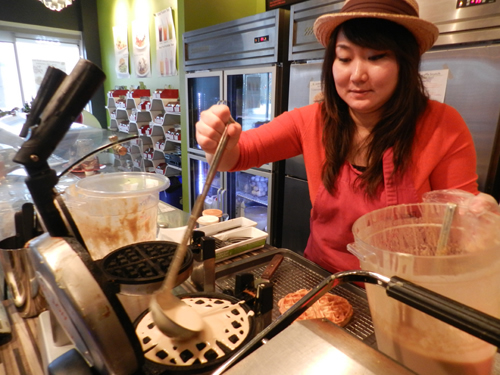 Tea Story co-owner Iris He pours batter into the waffle maker inside her Osborne Village eatery and tea emporium.

These aren’t your average waffles. Think of a cuisine, and Tea Story likely has a waffle to match including Mexico (Mexican Style), Japan (Just Like Sushi), Tex-Mex (Spicy Cowboy), Thailand (Thai Moment) and Italy (Double Cheese Pepperoni). The savoury waffle sandwiches are the warm-up for the monster-sized dessert waffles loaded with all your favourites like caramel, chocolate, vanilla ice cream, fresh berries, fudge, Nutella and whipped cream.

Strawberry S’Mores is a pretty but not petite plate-sized waffle adorned with chunks of fresh strawberry. The strawberries make you feel a little less guilty about all the other toppings you’re about to devour: chocolate chips, melted mini-marshmallows that ooze from the waffle pockets, chocolate fudge and whipped cream.