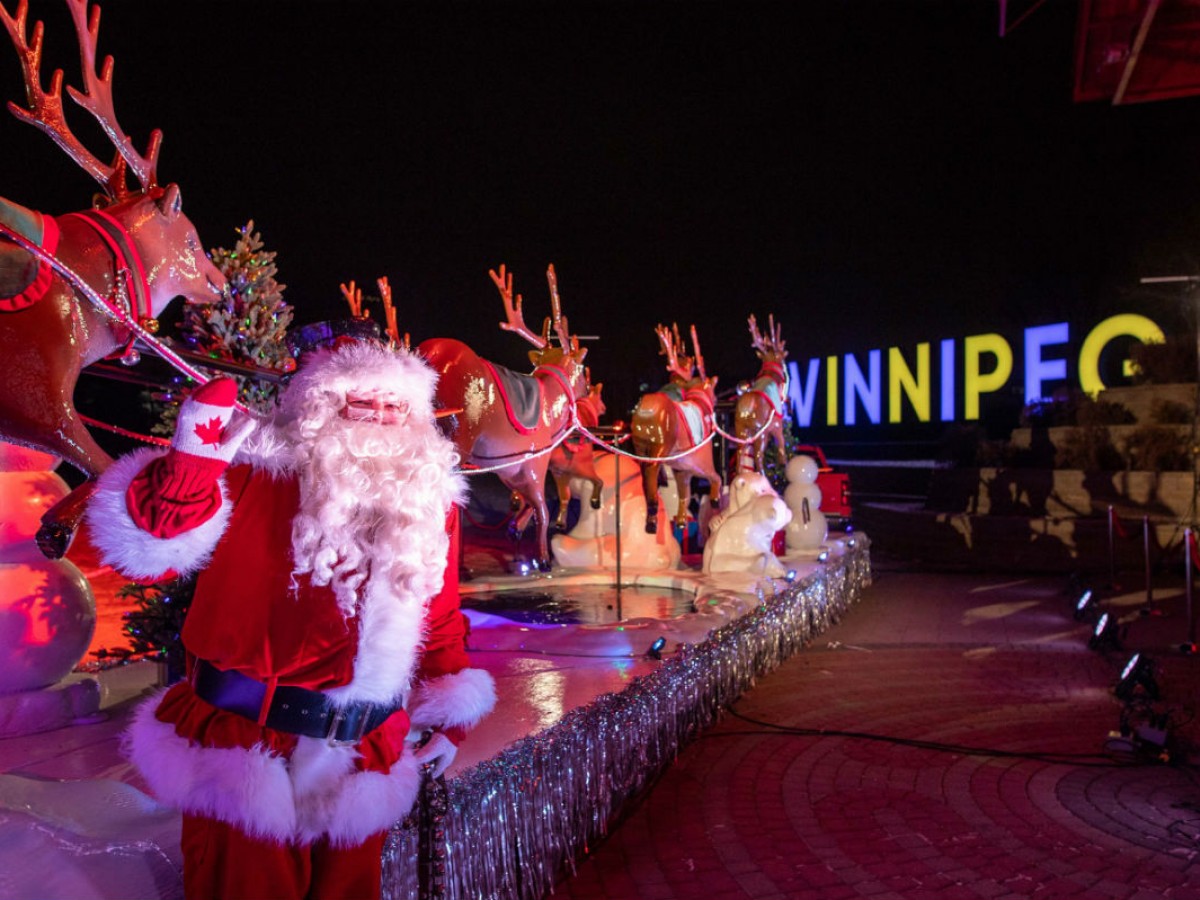 The 110th Winnipeg Santa Claus Parade is readying its reindeer

The 110th Winnipeg Santa Claus Parade is readying its reindeer

For the 110th year in a row Santa will be coming to Winnipeg early.

And by early we mean Saturday, November 16 at 5 p.m., when Jolly Old himself takes the reins of a jazzy new float led by his team of trusty reindeer.

Yes, the Winnipeg Santa Claus Parade is back and better than ever with over 65 floats that will delight your little ones while nostalgia that dates back to 1909 wraps us up like a scarf.

You’ll see floats by some of Winnipeg’s best events and attractions, like Festival du Voyageur (which will surely have you saying Hé Ho! and hopefully offers maple taffy), Valour FC (including Vic, "Winnipeg's most popular lion," whose mane is always in it to win it), Assiniboine Park Zoo (featuring Winston the polar bear!), the True North Foundation (Mick E. Moose in the house!) and the Manitoba Filipino Street Festival, to name but a few.

This year’s parade route starts at Young Street and runs all the way east down Portage Avenue, turning south down Main Street and concluding on Westbrook Street. Roads in the area will start to close at 1:30 p.m., so be sure to get there early – which you’ll want to do anyway to attend the pre-parade events.

For starters, Cityplace will be hosting Santa’s Workshop from 2 to 4 p.m., a free event where your kids can get their faces painted for the parade, take part in crafts and get pictures with Santa. Nearly next door, in the Manitoba Hydro Building, acclaimed vocal group Camerata Nova, who are known for their contemporary Indigenous-infused a cappella works, will be hosting a holiday concert in the building’s gorgeous foyer from 2:30 to 3:30 p.m. As part of this, hot chocolate will also be served.

Starting at 4 p.m. the most-excellent block parties begin, all along Portage Avenue on the parade route.

If the kids are feeling sporty, head to Sport Manitoba’s section (between Garry and Fort Street) where kids aged two to 10 can play a variety of winter-themed games like the Reindeer Ring Toss, Snowball Target Toss, and Christmas Cornhole. Needless to say, their throwing arms will be worked.

The triple threat of Energy 106, Hot 100.5 and CKJS 810 are teaming up to present a dance party block party (which is the logical conclusion of all block parties; when people joyfully assemble in the streets dance should always follow). This will be staged right at Portage and Main – take that barriers! There will be free pizza from Slices Pizza, Exhale Dance Studio will be presenting a Christmas routine, and DJ Anto will be spinning some hot tracks to ward off the cold.

More games, include Snowman Bowling, Parka Hula Hooping, The Winter Pumpkin Roll and some Timbits hockey can be had at the Manitoba Advocate for Children and Youth block party (Carlton to Hargrave Street). They'll also be bringing out The Wavy Guy, "Manitoba’s friendliest mascot" (which is saying a lot, especially when you consider the three mentioned above).

The aforementioned Manitoba Hydro will also have a party in front of their building after the Camerata concert, featuring fun safety tips and the bucket truck, which is easily the most enthralling thing for toddlers.

For more on the parade and block parties, including tips for spectators and dos and don’ts head over to  Winnipegsantaparade.com and be sure to follow them on Instagram and Twitter for updates.