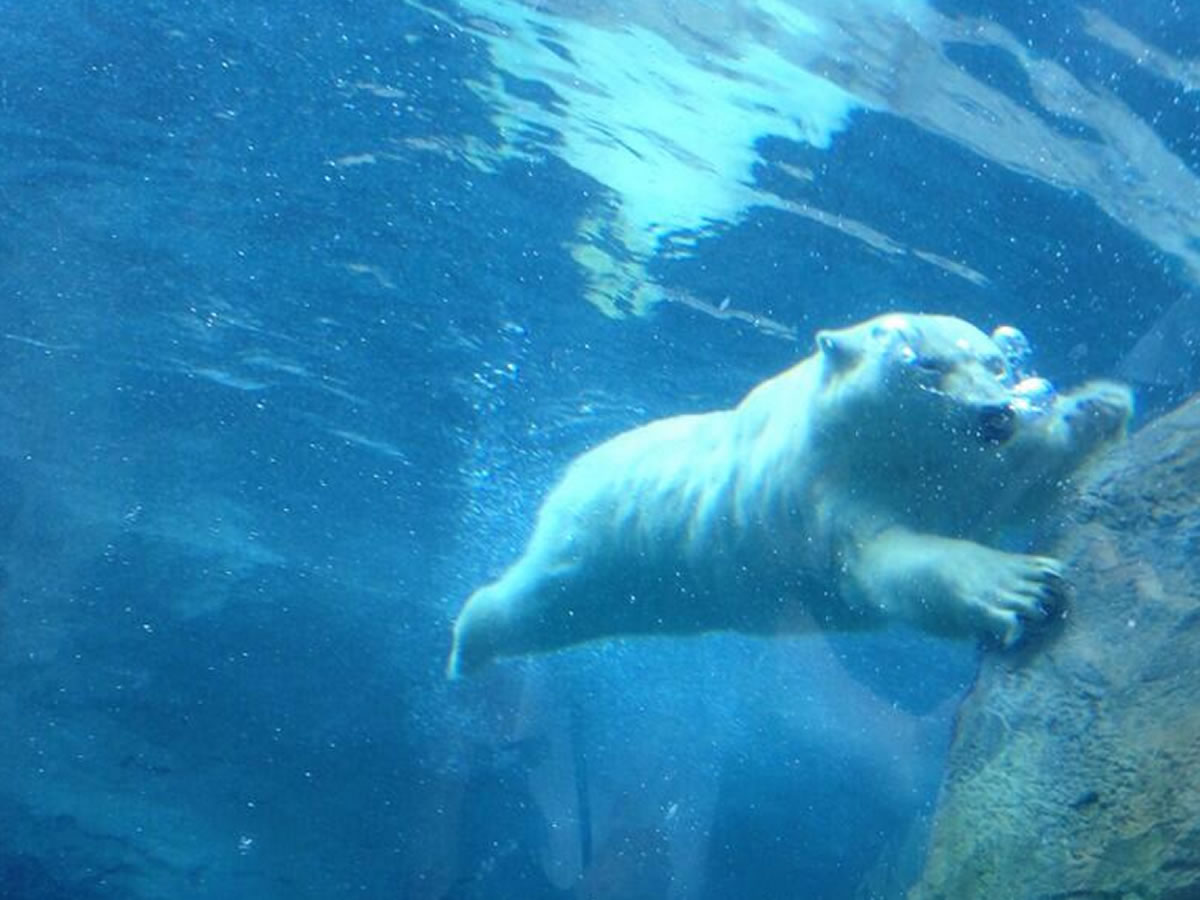 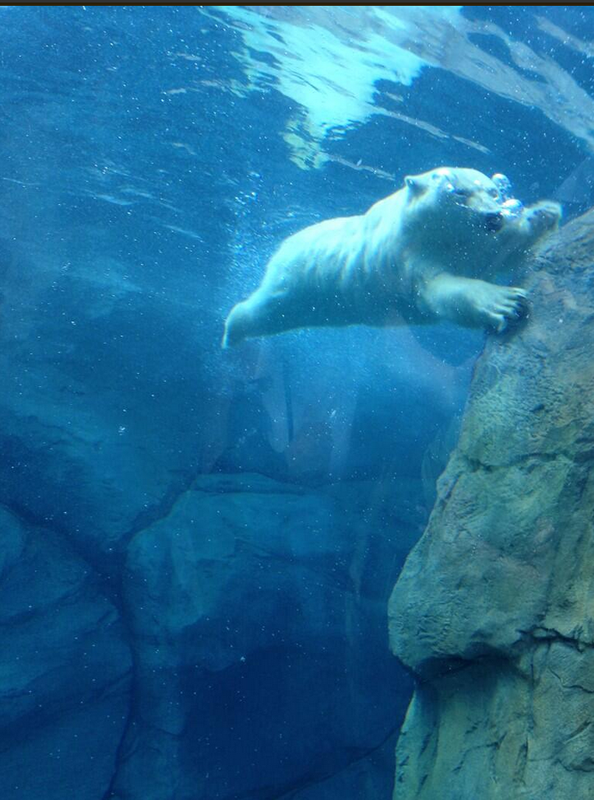 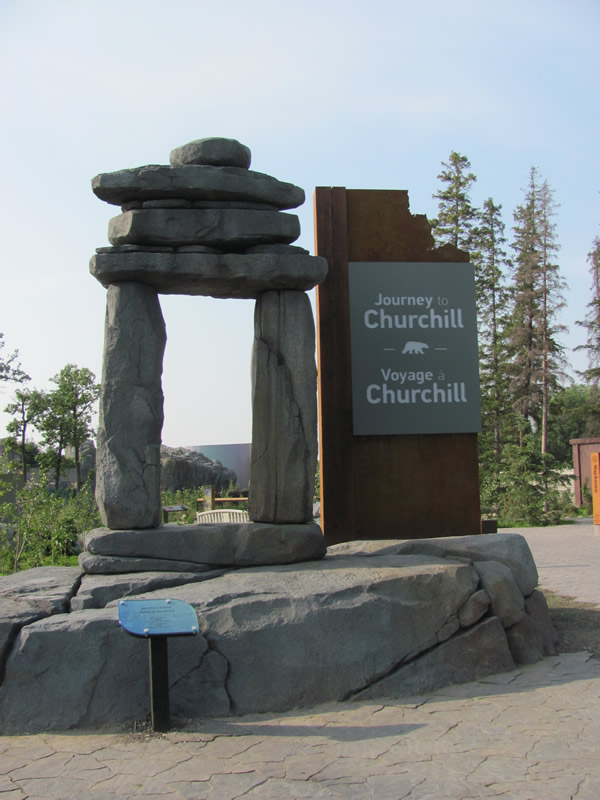 There are not many times in life when an experience is so special and overwhelming that it jolts you with instant joy. But that’s exactly what happened when I met Hudson the polar bear for the first time. This giant beast—the star of Assiniboine Park Zoo’s new Journey to Churchill exhibit—slept, played and pestered his roommate Storm, also a polar bear, mere feet away from where I stood with the missus and ‘Lil Peg.

Only a large steel gate and two of the zoo’s polar bear interpreters stood between us. The furry creature lay less than six feet away. 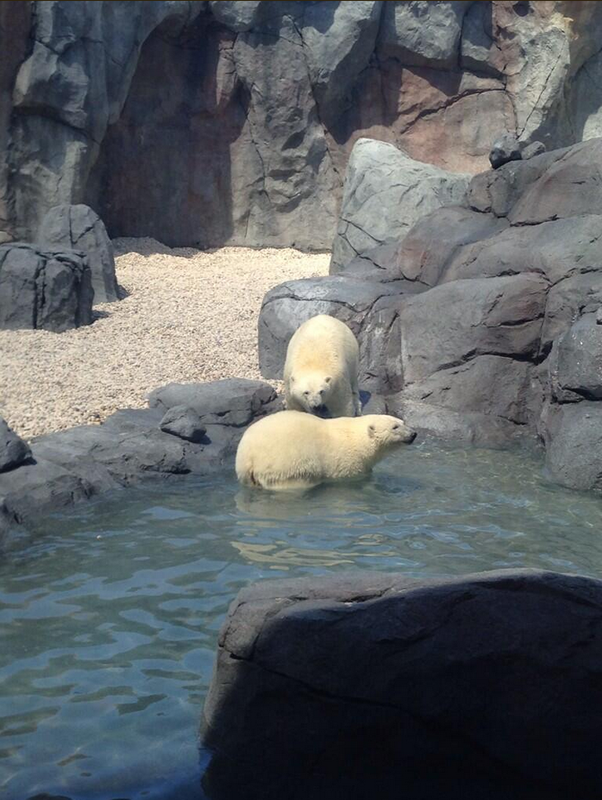 Hudson and Storm in their new home

When I decided to take my family to the new exhibit, I had no idea we would have such a close encounter with Hudson.

I couldn’t believe he relaxed so nonchalantly as a boisterous crowd of humans stood nearby. “Oh yes, Hudson loves people. He spends a lot of his time here,” one of the zoo’s interpreters told the crowd. Hudson was raised by humans from birth so he has an affinity for people, she explained. Hudson also has an affinity for a Kong dog toy, which he sucks and chews frequently. After ambling up the hill, Hudson all of a sudden stormed back to the gate to retrieve his favourite toy from Storm. He meant business. His deep, throaty growl rocked the crowd.

We humans tittered with nervous laughter. Thank goodness for the gate because no one gets between Hudson and his chew toy. Meeting Hudson and Storm was a highlight but the entire Journey to Churchill exhibit is truly amazing. A duo of ringed seals performed their own underwater ballet as we watched through a storey-high window into their pool. 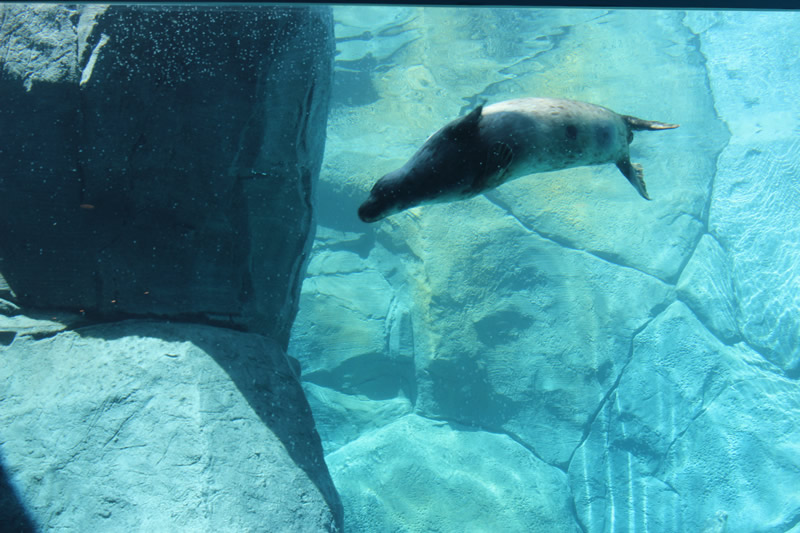 ‘Lil Peg squealed as Kaska and Aurora, the zoo’s two female bears, swam overhead while we walked through the cavernous acrylic tunnel. Then we sat under the northern sky watching the seasons change inside the Aurora Borealis domed theatre. Later, ‘Lil Peg ‘drove’ a snowmobile and quad, ‘paddled’ a kayak and ‘steered’ a fishing boat while we explored Churchill Coast, one of three zones within the Journey to Churchill exhibit. The other two zones include the Wapusk Lowlands and Gateway to the Arctic. There was so much to see, so much to learn and so much fun to be had that me and the missus are already planning our next visit to the zoo. Plan your visit here.