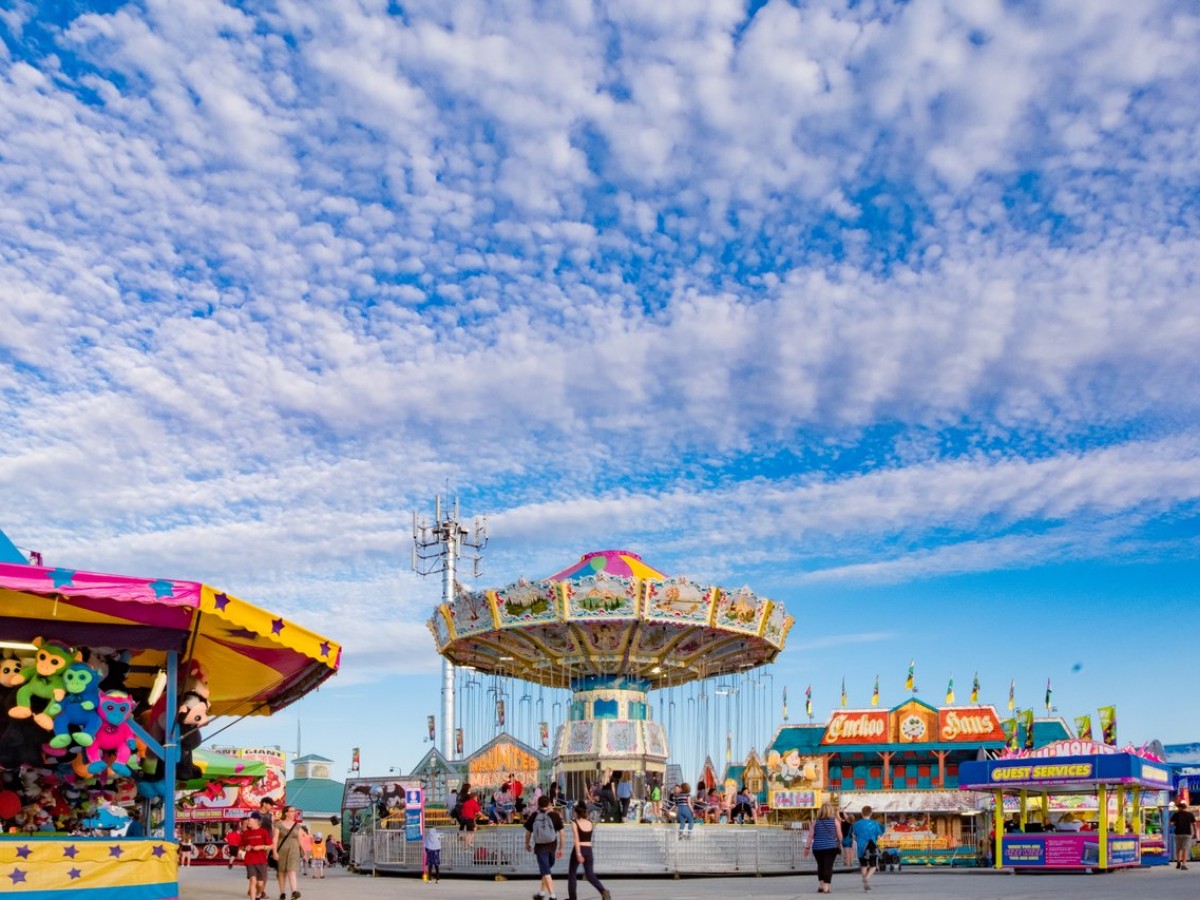 Precious puppies, baby bunnies, cute kids (of both the goat and human variety), dogs with super powers, pony rides, some adolescent T-Rexes, all manner of midway rides, and inventive, indulgent carnival food – these are just a few of the things that make the Red River Ex so awesome.

Starting this Friday, June 14 at 3 p.m. and running until Sunday June 23, the Red River Exhibition Grounds (3977 Portage Avenue) is the place to be for both families and frolickers alike – and we haven’t even mentioned the live music!

Tickets are just $12 per-person*, per day (kids six and under are free), which is crazy when you think that it this includes musical performances by the likes of the Crash Test Dummies (June 22), Bif Naked (June 16), the Winnipeg Symphony Orchestra (June 19), Scott Helman (June 15), Trooper (June 18), and Jess Moskaluke (June 20) – to name but a few.

Needless to say, no matter what your tastes in music are – from country, to rock, pop and classical – the Ex has you covered. On top of that, there’s the Starbound Talent competition (June 23), where kids aged 11 to 18 will be singing their hearts out for $10,000, while your little ones will always find some tunes that will get them moving on the Prairie Town Adventures Stage, along with appearances from Princess and Super Heroes.

Brand new for 2019 is Extinction Park, which features 24 animatronic dinosaurs roaring and moving about in their former natural habitats. As part of this, your kiddies can also meet the Ex’s two adolescent T-Rexes, who will be roaming the park throughout the nine days.

Also new for 2019 is the acrobatic team, The Silver Starlets, who will be thrilling crowds with their aerial show.

More attractions and performers include Extreme Dogs, where energetic pups will be performing all sorts of super feats; The Hockey Circus Show – where award-winning acrobat PAZ will dazzle the crowds with his antics, which includes juggling flaming hockey sticks while wearing skates and standing on a goal; Hypnotist Dale K; Magician Sean Watson; an inflatable corn maze; a science magic show; an inflatable fun city; clowns and so much more.

If that isn’t enough fireworks, on Saturday, June 22 you can look to the skies with 3D glasses (while supplies last, so bring your own if you have them) to literally see fireworks like you’ve never seen before – in 3D!

For rides, how does the world’s largest travelling midway sound?

The Ex has everything from bumper cars, to Ferris wheels, a roller coaster, the legendary Wave Swinger, huge slides, a haunted mansion, the Mega Drop, two tilt a whirls, a video fun house, and other enticing numbers (30 rides total), while there’s plenty of rides for little ones, like a classic merry-go-round, the Wacky Worm Coaster, mini monster trucks, jets, and choppers, and a toon town fun house.

You and the fam should also bring your appetites, because the Ex always has a mind-blowing array of midway foods. Delicious things will be battered and deep fried that you didn’t were possible, there will be plenty of things on sticks, smoked meats, food trucks, and more colours of cotton candy than seems necessary.

*Advanced $12 tickets can be purchased at Circle K, Giant Tiger, Safeway and Sobeys.

See Winnipeg on the big screen (at home)

Take your virtual meetings up a notch