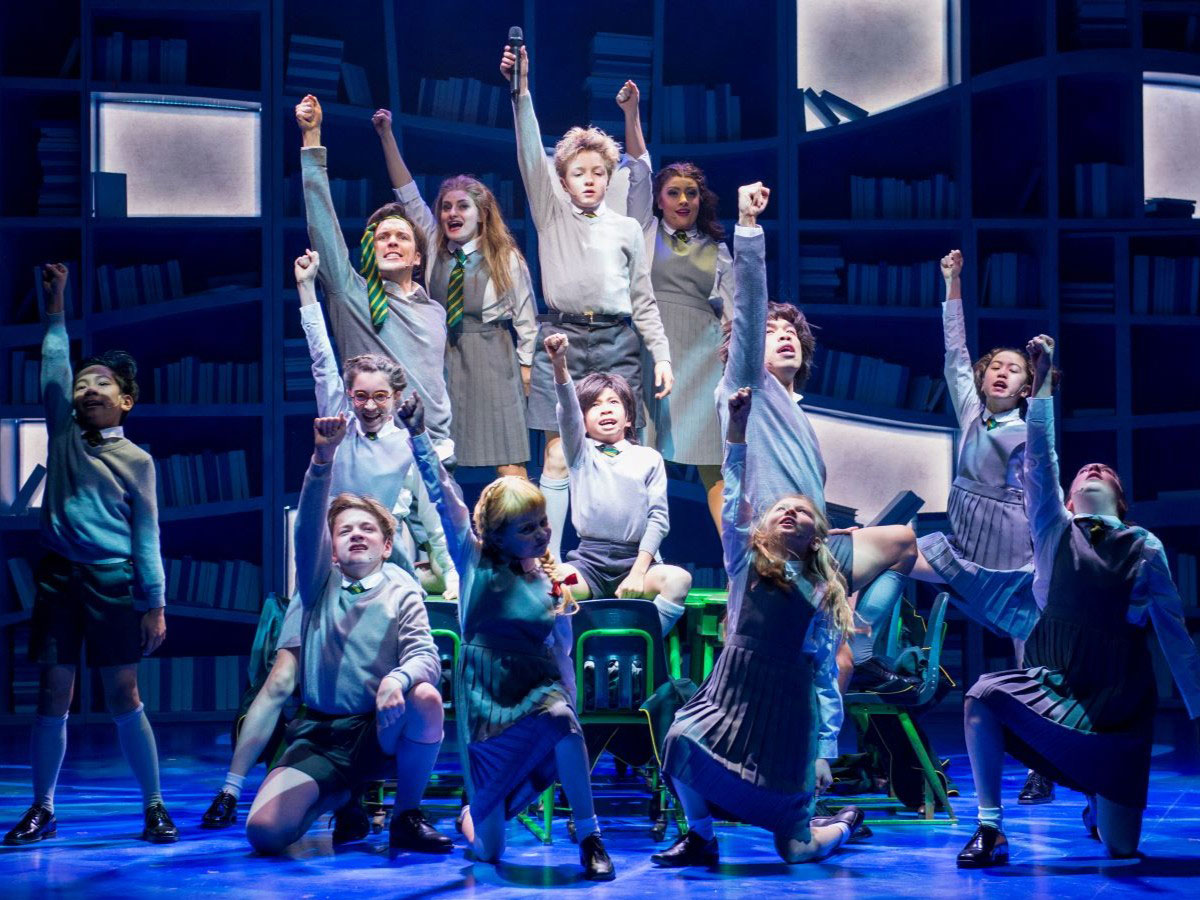 The cast of Matilda. Photo by Dylan Hewlett, courtesy of RMTC.

Review: The kids are more than all right in Matilda

RMTC's first production of 2019 dazzles with its charm and talent

Winnipeg’s theatre scene never lacks in entertainment value, with some of the highest-quality theatre available on the city’s stages throughout the year. Only a few weeks into 2019, and the Royal Manitoba Theatre Centre (RMTC) appears to already have one of the year’s highlights, thanks to its wildly fun performance of Matilda.

The Tony-award winning musical, in Winnipeg for the first time, is based on the classic Roald Dahl novel about a young bookworm growing up in an uninspiring household with antagonistic parents. Life doesn’t get easier for the young heroine, who heads off to school and is immediately confronted by the devilish Miss Trunchbull, who is a firm believer that children are maggots who need nothing but discipline. Together with her classmates and the silent support of their teacher Miss Honey, Matilda knocks down the barriers keeping her down, and finds the happy ending she deserves. 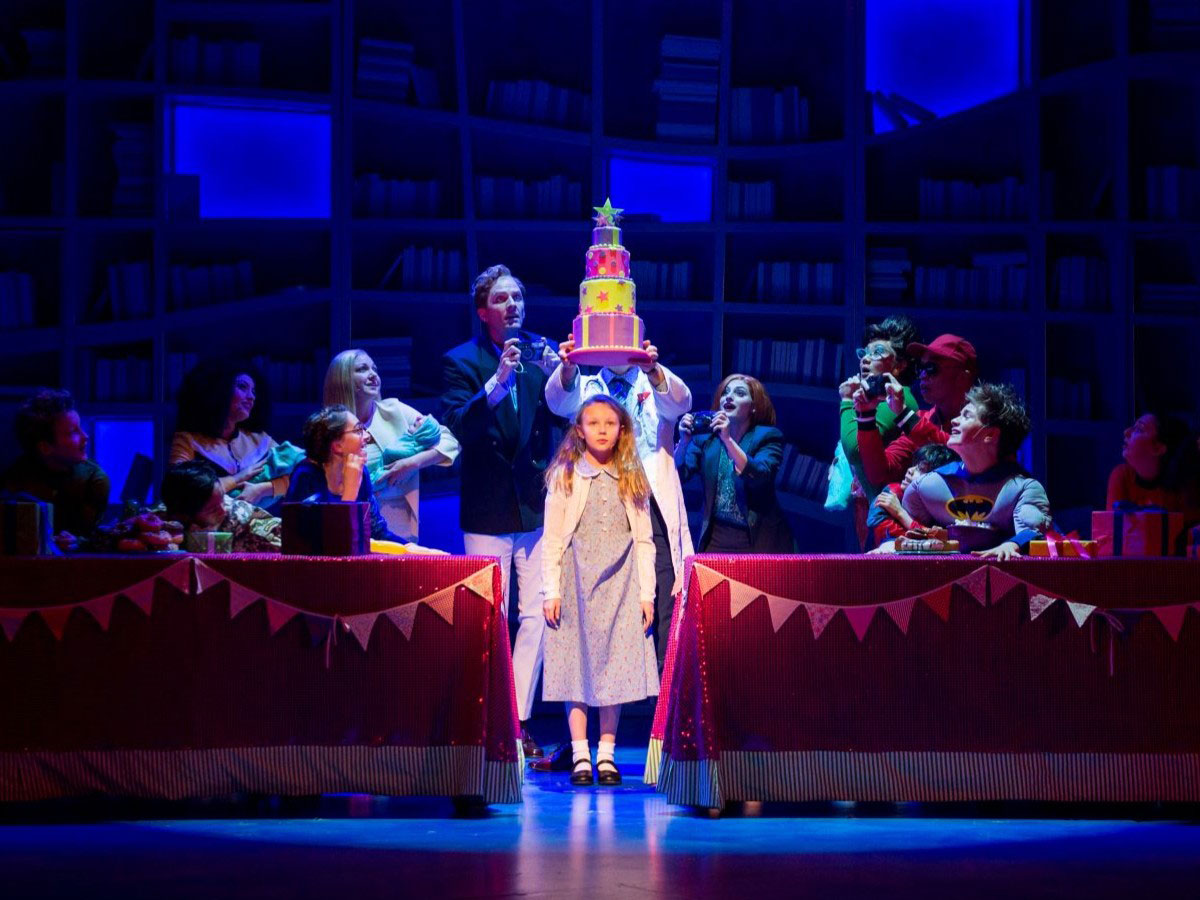 As a theatrical performance, there’s a lot to work with in this story – and RMTC has risen to the occasion with a charming and hilarious play that is can’t-miss theatre. The level of talent, both onstage and behind the scenes, is as outrageously good as we could hope for. Everyone, from Matilda’s cartoonishly awful parents to the ever-supportive Miss Honey, light up the stage with their energy. A special mention must be given to John Ullyatt, who in the role of Miss Trunchbull is quite obviously having the time of his life playing the ultimate baddie.

But of course, the heroes of this story are the children, and the young actors who round out this cast are a force to be reckoned with. Their vocal chops, and onstage presence, will light up your heart. Leading up to their inevitable revolt against the oppressive Trunchbull, you will want to leap up on stage and join them in their defiance – and no better heroic rebel can be found than the play’s title character. The fierce character of Matilda is fabulously rotated between two performers. On the night we saw the play, Lilla Solymos had the title role, who brings just the right mix of attitude and compassion to the heroine – plus, her singing voice is off the charts.

Did we mention Matilda is a musical? It is, and it’s one of the best – each number lit up with colours, catchy melodies, and some dazzling choreography (the chorus number School Song in particular had me floored). These aren’t easy songs to perform, but the actors absolutely nail it – the lyrical tongue-twisters in Pathetic and the hilariously inspiring Bruce are absolute gems (the latter song during the chocolate cake scene, which fans of the book will immediately remember). The play's climactic song, Revolting, is an anthem to childhood that is as catchy as anything you will ever hear on a stage. That is is performed by preteens will flabbergast you.

Not to be outdone by the talent, RMTC’s production crew has created a dazzling set filled with colour and hidden surprises. Hundreds of books line the stage, some of which are used as props, while bookcases hide secret doors that are used to great effect. Some moments will have you wondering how the crew pulls off their visually-stunning feats – without spoiling the moment, my favourite of these scenes involves a pigtail toss.

It’s not all fun and games in Matilda – there are many serious themes scattered throughout that are worth retaining after the curtain goes down. Standing up to bullies, finding your courage, and being an unapologetic badass woman are just some of the motifs the audience will discover. There’s also a strong theme touching the power of books, and the value of reading. It’s worth mentioning that RMTC recommends this play for ages 10 and up, but theatre-lovers of all ages will take away some powerful lessons about finding empowerment in themselves. 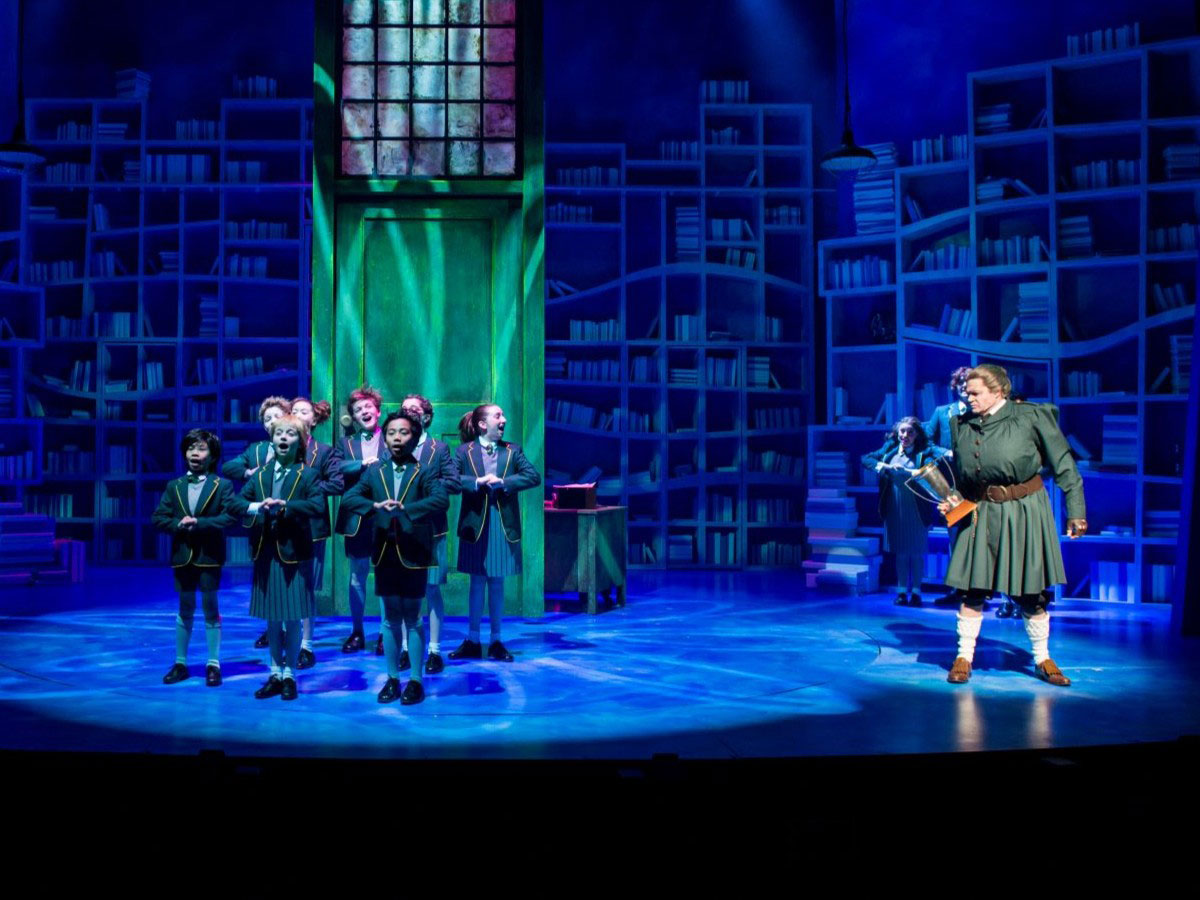 Matilda is all about the kids, and that young group will have you cheering them on the entire performance. They are strong, unbreakable, and a tinderbox ready to explore in a youthful revolution against adult unjust oppression. RMTC audiences, once the applause has died down, will head home humming a tune and with a new respect for the fury of younger generations. Long may they reign.

Matilda runs on RMTC’s John Hirsch Mainstage from Jan. 10 – Feb. 2, with tickets available now - and selling fast. In solidarity with the show’s love of reading, the theatre is hosting a book drive in support of the West Broadway Youth Outreach Library. New and gently used books can be dropped off at RMTC’s box office.