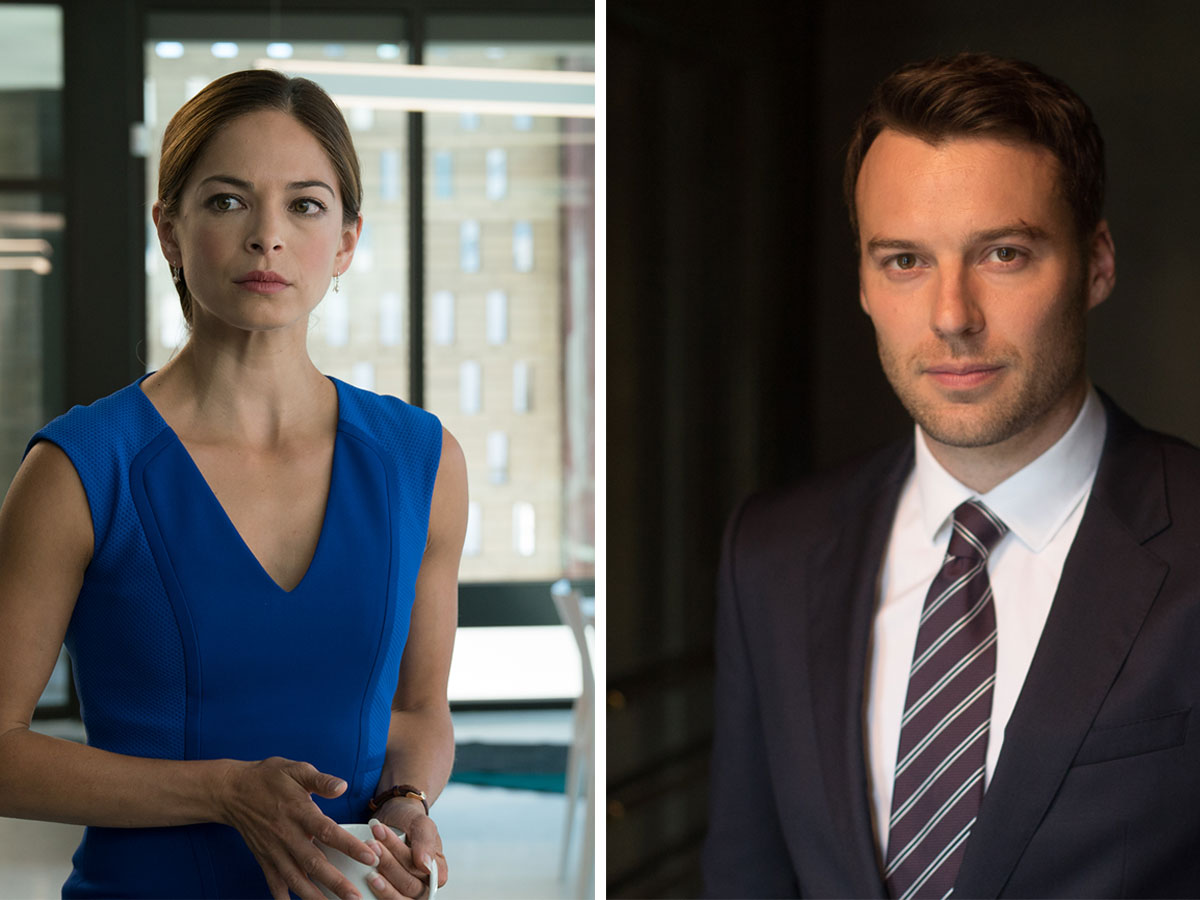 Kristin Kreuk stars as ‘Joanna Chang’ while Peter Mooney stars as 'Billy Crawford' in Season 2 of the legal drama Burden of Truth for CBC. Photos by Shauna Townley (L) and Steve Ackerman (R).

One of the most hotly-anticipated recent Winnipeg film projects is the CBC television drama, Burden of Truth. The show’s second season launched last week, and is set in both the fictional town of Millwood (filmed in Selkirk, Manitoba) as well as Winnipeg - meaning locals from The Peg will see some familiar landmarks throughout both seasons.

We spoke with a duo of Canadian actors who are co-stars for the CBC series: Vancouver-born Kristin Kreuk and Winnipegger Peter Mooney. We asked them about their Winnipeg filming experience, and some of their favourite local haunts they enjoyed during the show’s production.


You film on location frequently, and experience a lot of different cities. Is there anything about Winnipeg that stands out to you as unique or memorable?

Kristin: I find Winnipeg to be an accessible, friendly, and inclusive city; when you are new somewhere this a huge bonus. It is also rich with visual and performing art, food, coffee, and delicious doughnuts. The extent and density of historical buildings in the Exchange District is awe-some. And, as an outsider I find that, of all the cities I have spent time in, Winnipeg is a place where a person is confronted with the reality of Canada’s past (which is good and enriches the city).

Peter: I love Winnipeg during the Fringe Festival, especially late on a long summer day, when it’s still bright well after the sun would have set any further south. There’s nothing like it.

With two seasons of Burden of Truth under your belt, you’ve spent a fair amount of time in and around Winnipeg. What are some of your favourite locations in the city?

Peter: My favorite location in the city is definitely the Exchange District. I love the history, the faded ghost signs and the old fire escapes. It’s where I used to hang out as a teenager so there’s a lot of memories, but there’s also so many new places that have opened up there since then.

Kristin: I love many spots in the city, from the gardens at Assiniboine Park to the Exchange District and Osborne Village. The Canadian Museum for Human Rights is a stunning building and the content is extensive and informative. The Oodena Celebration Circle at The Forks is also incredibly special. Oh, and going to a Goldeyes game is always a lot of fun.

When you weren’t filming, did you get a chance to experience the city on your own? If so, where did you like to go? Any favourite restaurants, attractions, or shops?

Kristin: Winnipeg’s food scene is pretty amazing; I love Chew, Sous Sol, Wasabi on Broadway, Segovia, and Enoteca (among others) – and after all those, cocktails at Langside Grocery. Shops I dig include Out of the Blue, Forth (their little shopping section in the coffeeshop has some great treasures), Tiny Feast, McNally Robinson Booksellers, Red River Book Store, and Public General Store. Coffee from Fools & Horses or Thom Bargen and doughnuts from Oh Doughnuts are always delicious. And if you’re looking for a place to work out, try Yoga Public’s TRX bootcamps.

Peter: Absolutely. The food in Winnipeg is great. I love Stella’s for breakfast, Chosabi for lunch, and Sous Sol for dinner. Sous Sol is easily one of my favorite restaurants anywhere. I always make a point of visiting the Winnipeg Art Gallery when I’m back in Winnipeg, and if I’m lucky enough to be in town during the season, the Royal Manitoba Theatre Centre. I always go to McNally Robinson books. A run on the river, through St. Boniface, or along Wellington Crescent into Assiniboine Park is always good on a Sunday afternoon.

Did you take a Winnipeg souvenir home with you after the shoot?

Peter: I did! A brass fountain pen from Tiny Feast that I use daily.

Kristin: Do we count clothes and jewels as souvenirs? I really like Sunday Feel and have a few of her pieces. Hilary Druxman is another fab Winnipeg jewellery designer.

If someone was in Winnipeg for only a day, what must-see recommendations would you give them?

Peter: If someone was only in town for a day I’d recommend they start with brunch at Clementine, then spend a couple of hours exploring the Exchange District: books at Red River, mid-century modern furniture at Hoopers, an array of small, beautiful things at Tiny Feast - maybe even a pint at The King’s Head.

Then I’d head to the Winnipeg Art Gallery and from there to The Leg, maybe stopping for a coffee at Fools & Horses on the way. Then I’d recommend a walk along the river to The Forks. After exploring The Forks for a bit it’d be back along the river to Osborne Village and then to the aforementioned Sous Sol for a long, lazy dinner. Finally I’d double back to the Exchange for a cocktail at Forth.

Kristin: That sounds incredible! I would do the exact same thing.

Season 2 of Burden of Truth airs on Wednesdays at 8:00pm, with eight episodes scheduled. Both seasons can be viewed online with CBC’s streaming app.