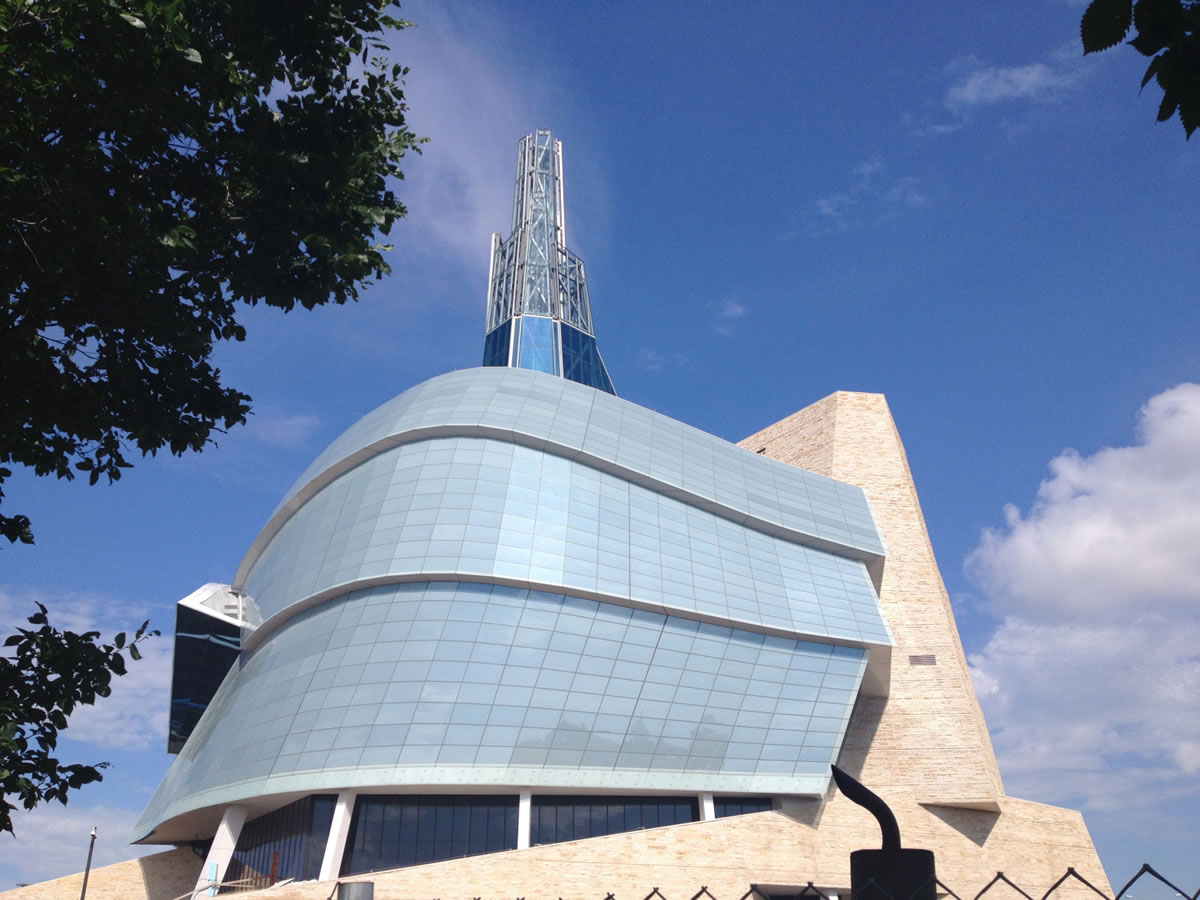 So if you've been to Winnipeg, you've likely noticed the rather tall, imposing structure that kind of dominates the downtown skyline. Its sweeping curves and soaring tower reach into the sky, making a statement to all who pass.

This amazing looking building is the Canadian Museum for Human Rights. Officially, the first national museum in Canada to be built outside of Ottawa, it will be a testament to human atrocities throughout history and across the world, while also exploring modern day human rights, and perhaps most importantly, how we can make sure that stuff never, ever happens again. 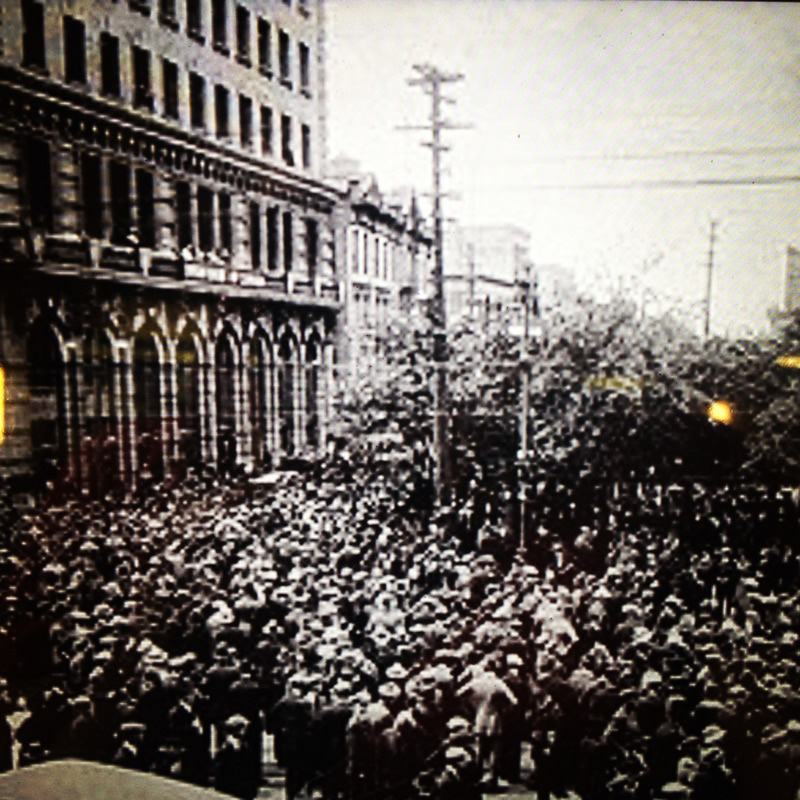 The museum has been under construction for a few years now--a building that large takes some time you know, but they promise it will be completed by the end of 2014. So, if you can do the math, you'll realize that's still a year and a half away, but the clever folks at the CMHR have found a way to start telling their story before the museum ever opens its doors.

Enter the Rights Around Us Tour, leaving from VIA Rail Station, Wednesday to Saturday at 1:30pm and 3:30pm, it's a one hour glimpse into the stories and exhibits you will see at the CMHR.

The tour starts in the heart of Winnipeg, as we revisit the General Strike of 1919. Standing beneath the dome of the rotunda in Union Station, you can almost hear the stampeding protestors in the distance (or maybe that's just all the kiddie day camps going through). 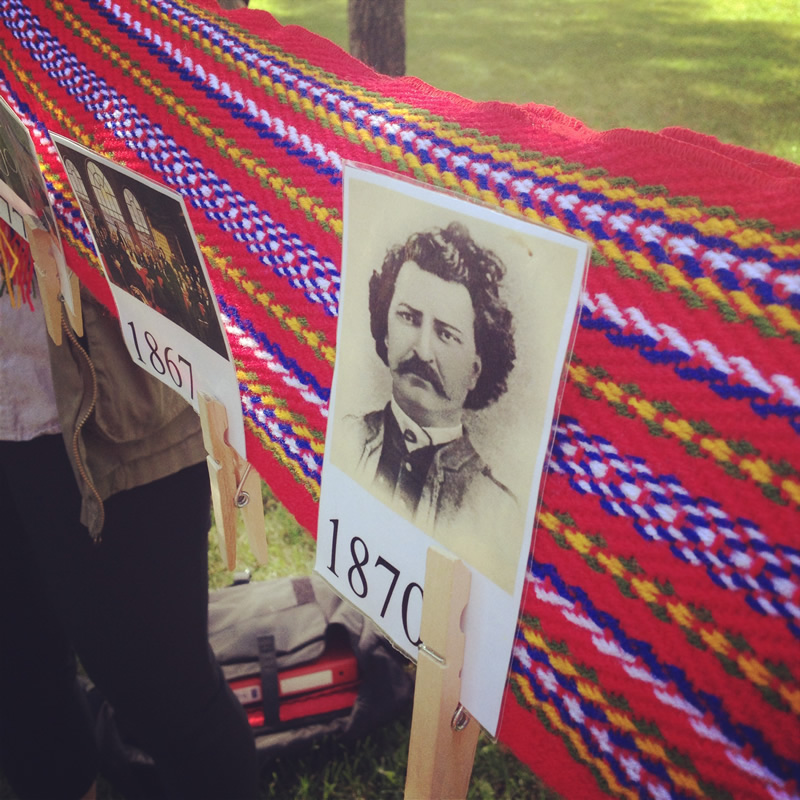 You'll then head outside and around the museum where you'll visit the statue of Ghandi and learn about his movement to peaceful resistance. Then you will stand beneath the imposing shadow of the museum and learn about Nellie McClung and her struggle to secure the vote for Canada. At the foot of the Esplanade Riel, you will take a tour into Manitoba's complicated past with its French residents.

All of it ties back to the story of the museum and the kinds of things you will discover inside its doors. It's an enticing tease of what's to come and you can sense the excitement just standing near the site. You just know, that between the 'Cloud' (the bank of 1,670 windows that make up the front of the building), the 'Tower of Hope' and the 'Contemplation Gardens', it's going to be one spectacular place to behold. 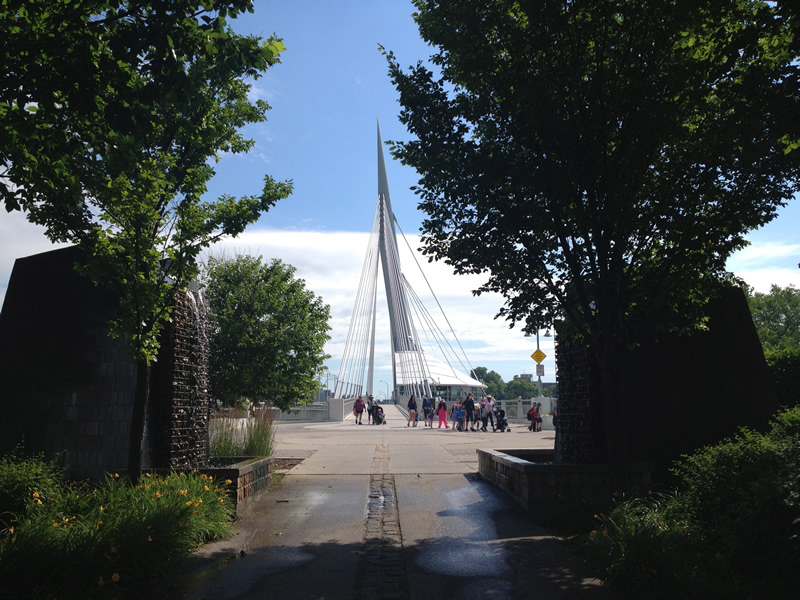