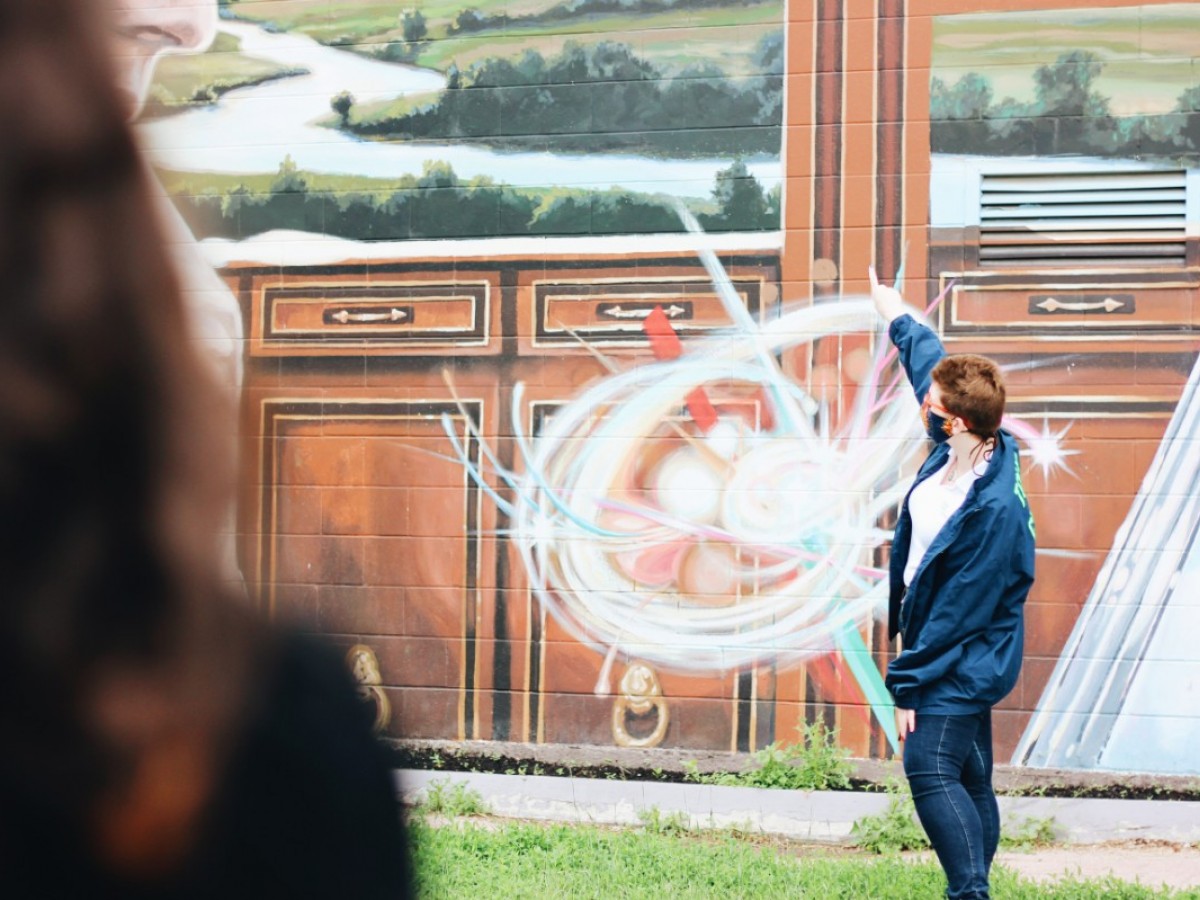 Tours are back on twice a day, Monday to Friday

If you want to learn about the history of the people who have helped make Winnipeg, Winnipeg, head to the West End.

With its 1000+ small businesses, including over 150 restaurants representing so many cultures from around the world, the West End has so much to see from block to block while it is easily the most multicultural area of the city.

The area also has the largest collection of murals in the city, so many of which celebrate the nations that have come together to call this area home.

And while some of these murals need no explanation – a favourite being the giant sprawling one of legendary Italian goaltender Gigi Buffon making a save on the side of X-Cues Café and Lounge (and yes, when the Azzurri* is playing X-Cues is a great spot to catch a game) – there are many murals that come to life even more when explained by a knowledgeable guide.

And that’s where the always astute West End Biz comes into play!

Twice a day in the summer (excluding weekends), at 10:30 a.m. and 2 p.m., West End Biz hosts mural tours that provide fun and fascinating insights on both the works that are spread amongst almost all of its facades along with the history of the neighbourhood as a whole.

Tours are just $5 per person ($2 for kids 12 and under), while to maintain social distance protocols and crowd sizes this summer's tours are super intimate, with just six participants allowed per tour with mask wearing mandatory. (And we should also note that this summer they are also super flexible with these start times, so should you have a small crew in tow, you can contact tours@westendbiz.ca to see if a particular time is more suitable too experience the area).

During the tour you’ll be led by an entertaining guide who will take you to these works while unveiling their message and links to the history of the area.

You may encounter murals that include Hollywood actor Adam Beach, who spent his formative years in Winnipeg (he was born in Ashern, MB) and whose namesake film institute is located on on Ellice Avenue; a mural celebrating the life of Charles "Cartoon Charlie" Thorson, who designed Bugs Bunny, Elmer Fudd, Snow White and numerous other characters known the world over; one on Sir William Stephenson, who Sir Ian Fleming based his iconic James Bond character on; and one that depicts the regions interconnected history with the Iceland.

There are murals that showcase the area’s Italian roots, ones that celebrate its Ethiopian, Filipino, Caribbean and Mennonite/Eastern European heritage, and of course several that celebrate Indigenous culture while acknowledging how we are all standing on Treaty 1 Territory.

You’ll also see the neighbourhood’s links with Scotland, Malaysia, Trinidad and Tobago, Greece, India, and nearly every country you can think of, all while your guide regales you with tales that bring the world to Winnipeg.

There are over 70 murals found in The West End, with different murals emphasized on each tour, meaning it’s a great experience to revisit this summer as we all continue to be tourists in our own city.

*Because we are obsessed with football, we would like to note that the whole area is great for soccer fans like us. For instance, should you be of Scandinavian descent – like the person writing this who owns multiple Swedish kits – you can head a few blocks over to the Scandinavia Cultural Centre to see Sweden, Denmark, Iceland, Finland or Norway play (should those Norwegians or Finns ever get back into a major tournament, hehe), while Casa do Minho Portuguese Centre Inc. has you covered when watching Cristiano Ronaldo and co.

Winnipeg’s performers are virtually yours to begin 2021