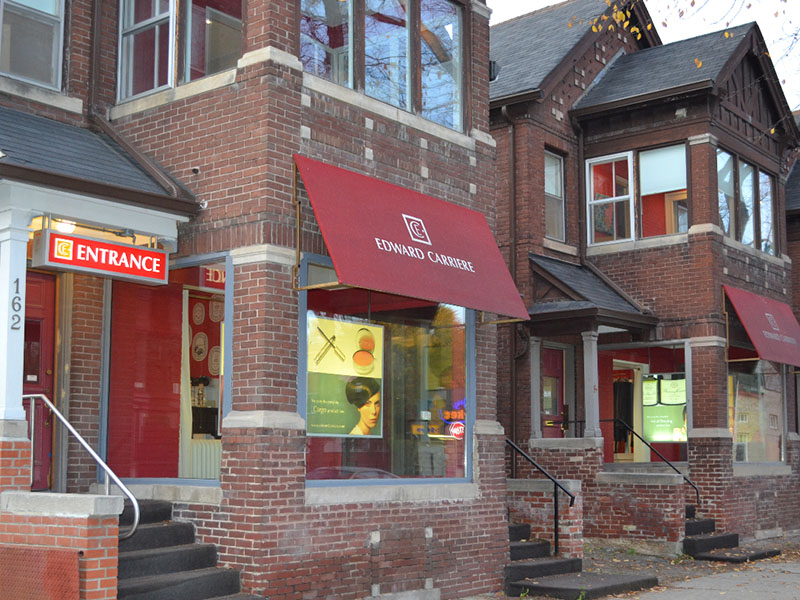 Originally one of Winnipeg’s oldest neighbourhoods – its original homes were built in the 1800s – West Broadway has slowly morphed into its current persona, a fiercely independent hip neighbourhood lined with culinary and shopping destinations.

Nestled between downtown and Wolseley, West Broadway maintains a bit of that Wolseley hippy-ish vibe – there is a strong movement towards urban gardening, with many community gardens and compost sites – while also having that urban vibe due to a more diverse, ethnic and new-immigrant population who inhabit the apartment buildings that line Broadway.

Sherbrook Street has become the main hub of West Broadway where visitors can browse for eco-friendly threads, people-watch with the locals on the numerous street-side patios, or relax at one of the city’s finest salons.

In the Sherbrook Hotel, you’ll find Winnipeg’s hipster brunch of choice, The Tallest Poppy, with its funky interior, laid-back vibe, and the best chicken and waffles in the city. Across the street is Stella’s Café & Bakery, one of seven well-loved locations throughout the city. Just down the block you’ll find Decadence Chocolates, where artisanal chocolates and ice cream, chocolate-making classes, and tasting events are aplenty.

On the same block is Bistro Dansk, a warm, intimate eatery showcasing European comfort food famous for its huge portions, and Boon Burger Cafe, Winnipeg’s only all-vegan burger joint serving up veggie burgers like no one else in the business. Arguably the best coffee in West Broadway can be found at cool-kid hang, Thom Bargen, whose minimalist aesthetic is as pleasing as their espresso. New to the area is Langside Grocery, a hip cocktail spot with an incredibly cozy interior, whose namesake comes from the building, which was once a grocery store in the early 1900s.