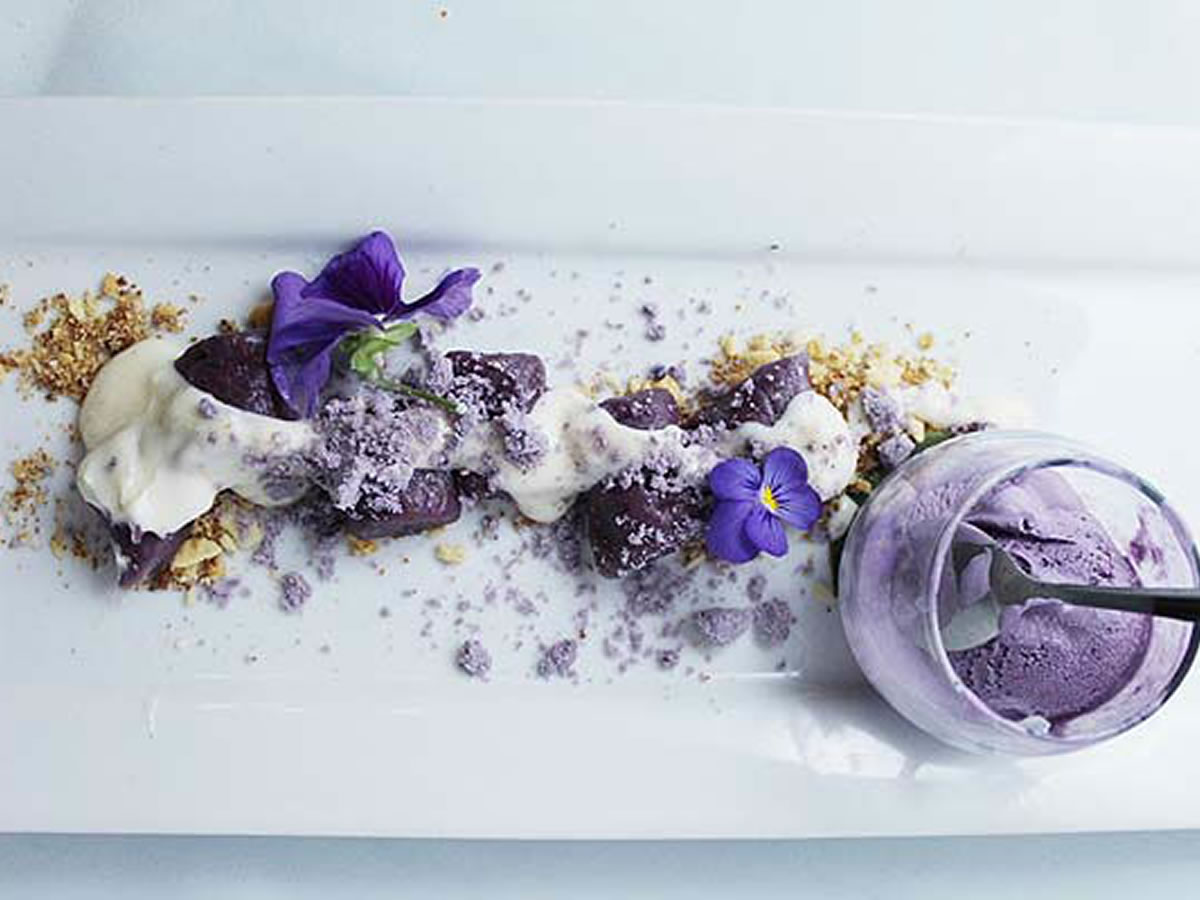 Despite a robust Filipino population and a great deal of talented Filipino chefs working in some of the city's best restaurants, it's strange to note that Winnipeg is not known outside its borders for Filipino cuisine.

That's something husband-and-wife duo Allan and Amanda Pineda (along with an ever-changing roster of collaborative chefs) are trying to change with their monthly pop-up series, Baon Manila Nights.

"Eighty thousand people, or eight per cent of the population of Manitoba is Filipino, and yet we represent maybe five to 10 restaurants in the food scene," said Allan Pineda.

"It's odd that one of the biggest minorities represents such a small speck of the food establishments, when say there are maybe 150 sushi restaurants with a very small percentage of Japanese residents." 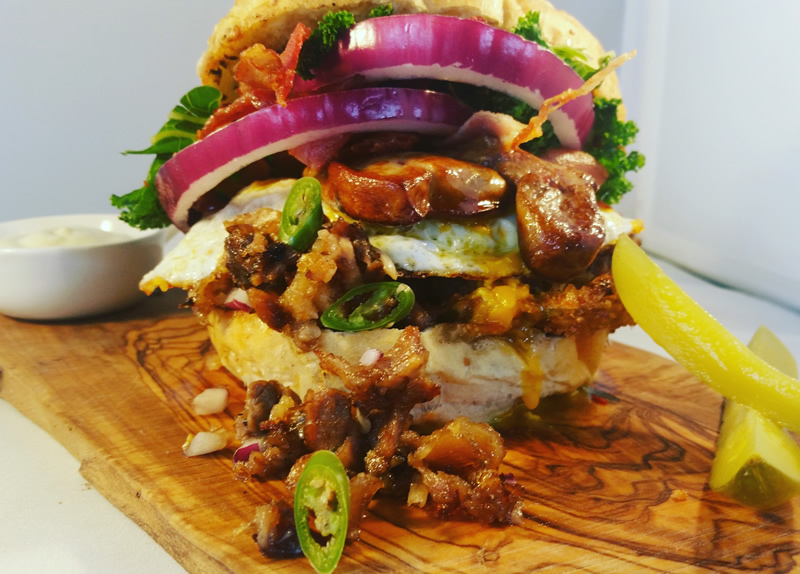 Allan's 22 years in Winnipeg's culinary scene includes being part of the teams that helped open The Mitchell Block, The Merchant Kitchen, Kimchi Cafe on Albert Street, and Inferno's on Academy (he also works a day job at a hospital, "I'm kind of a nomad," he jokes), while he has a diploma in Culinary Arts from Red River College.

He also sells specialty lumpia (tiny Filipino spring rolls) with flavours like rueben (featuring corned beef, kraut, swiss cheese and a pickle), Philly cheesesteak, and strawberry cheesecake, while both a new food truck and restaurant are in the works.

For the past nine months Allan and Amanda have been collaborating with chefs from across Winnipeg (some of whom are not Filipino), Canada and the U.S., creating menus that take an unexpected look at Filipino staples like adobo (a marinate composed primarily of vinegar, soy sauce and garlic) and longanisa (a stubby, sweet pork sausage) using modernist techniques and plating. 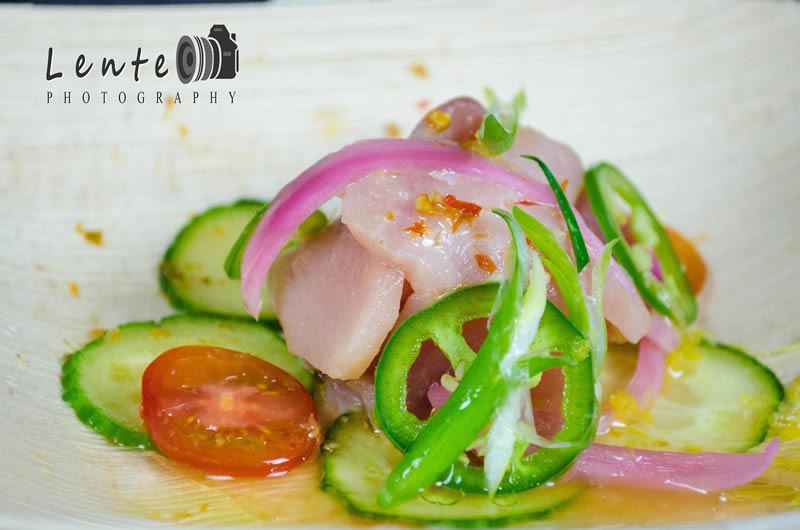 For instance, the dish pictured at the top of the article is a dessert trio that Allan made utilizing ube (purple yam, an ingredient popular in the Philipines) involving ube icecream, ube gnocchi and ube polvoron (a powdered milk cookie) with SkyFlake cane sugar crumble, vanilla bean cream cheese drizzle and edible flowers.

"People go out all the time for Chinese, Japanese, Korean, Thai and Laotian but people rarely go out for Filipino food... and I think it's because we are only known for making homely food, that visually isn't often exciting," said Allan.

"It's a shame that we have garnered a stigma of just buffet-style meals or quick breakfasts, as our food is so much more than that. We have a unique blend of Spanish, Chinese and Japanese in the mix from years of occupation by these countries, and we should be showcasing that." 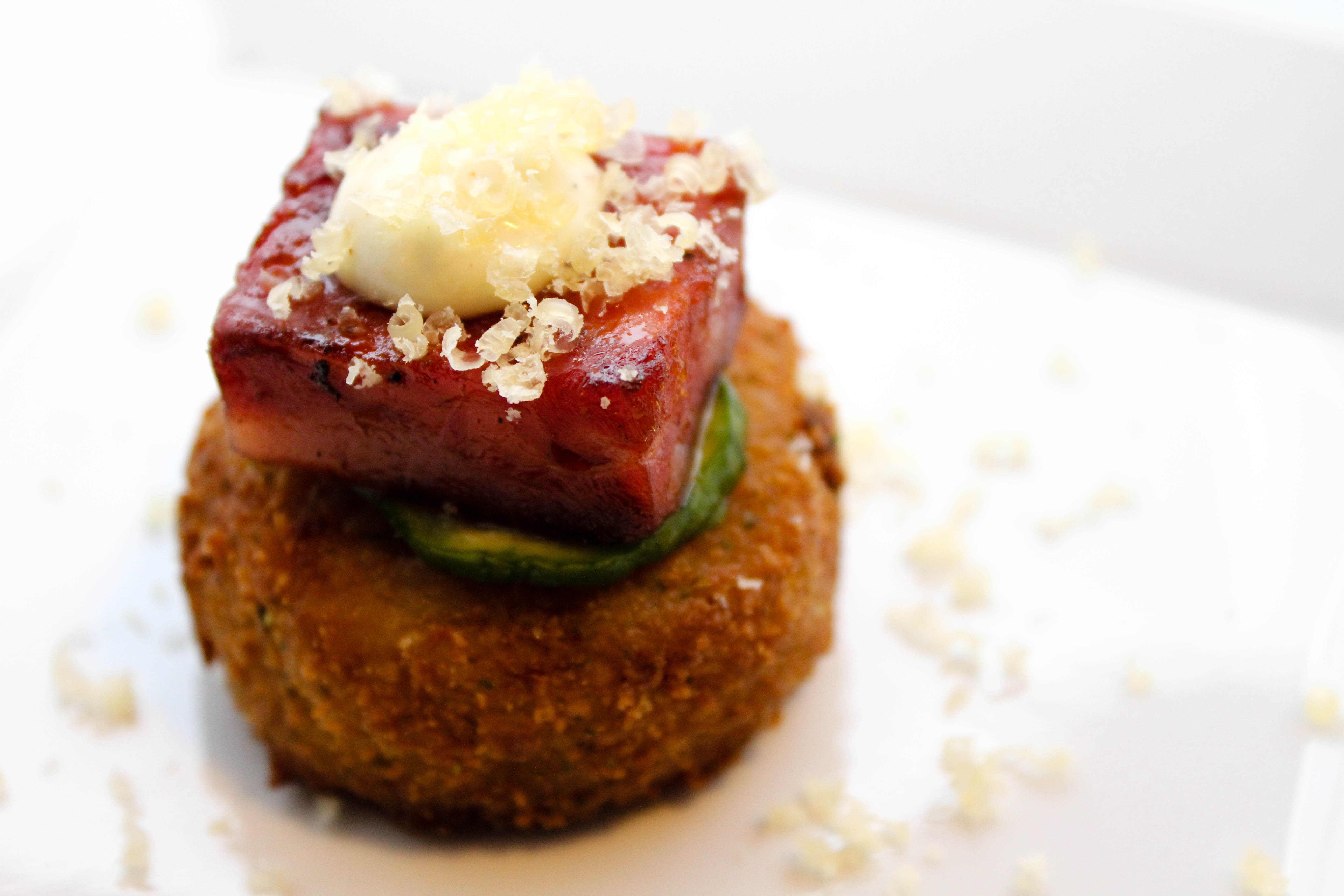 During these sold-out pop-ups (where $50 gets you eight courses, along with a donation to a charitable organization) Filipino cooks, bartenders, bakers and chefs in the city -- like Rob Austria (Stella's), Kevin Castro (The Merchant Kitchen, Creme DeL'Essence) and RJ Urbano (Creme DeL'Essnce, check them out on Instagram), who normally are working in kitchens pumping out French food and baking -- are being given a creative outlet to reinterpret the food they grew up eating.

The dinners have been a mix of Winnipeggers from various backgrounds since Allan and Amanda started Baon Manila Nights, so in that sense they've been good for introducing a new audience to the potential for how far Filipino cuisine can go.

Allan also traces it to a larger global culinary movement that is seeing Filipino food elevated to a level that goes far beyond breakfast and the buffet. 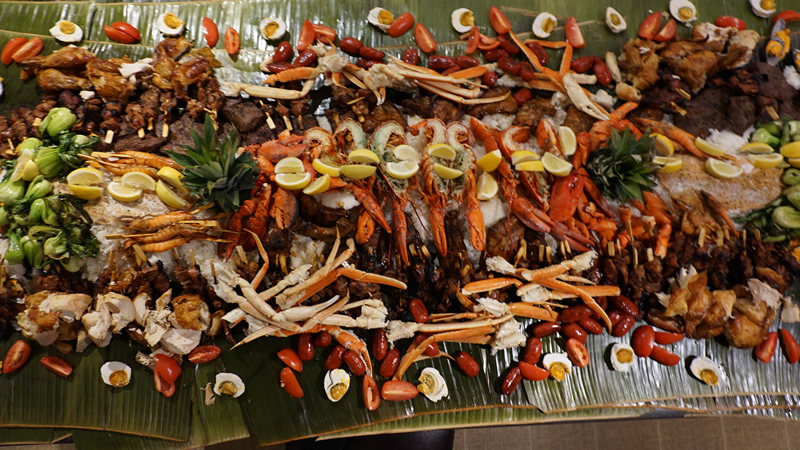 "Last year we were fortunate to travel to certain places to cook with other chefs from as far as London and New York," said Allan.

This included a collaboration with The Adobros and PePe's, two supper clubs in London, England, while here in Winnipeg Allan and Amanda played host to LA/NYC-based, Philippine-raised chef Yana Gilbuena.

Gilbuena has been touting and showcasing Filipino cuisine through her project called SALO, which thus far has seen her serve 50 Kamayan ("with your hands") style feasts across 50 U.S. states along with regional stops in Canada. (In the words of Allan, "it's the traditional way of eating food in the Philippines. Long before the metal spoons and forks from invading Spaniards and even chopsticks from the Chinese were introduced our ancestors ate with their hands.")

"This year we are planning to do collaborations in Calgary, Vancouver and Minneapolis," said Allan. "And I hope in the future to bring many more chefs to Winnipeg and to travel and do stages in the top Filipino restaurants in North America in my free time from work." 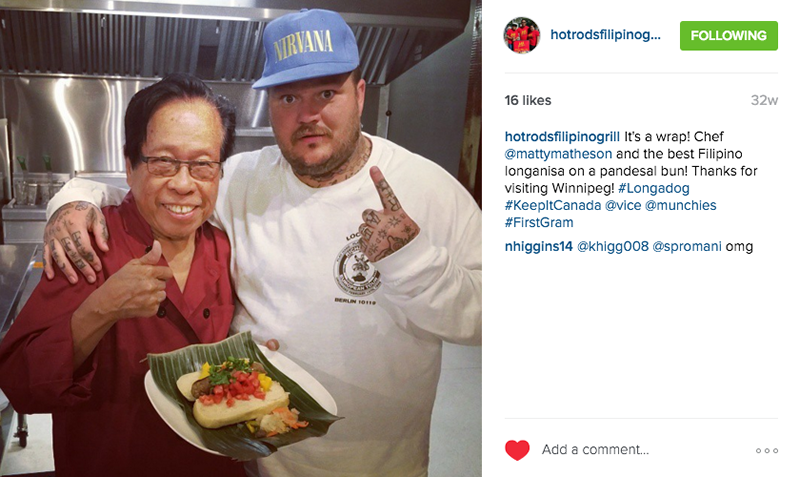 In Winnipeg alone the Filipino food scene is already getting more recognition, with a recent feather in the cap being The Filipino Journal's Ron Cantiveros' article in Munchies, Vice magazine's popular food site called, "The Best Filipino Sausage Is Sold Out of a Car Trunk." It's a great article that provides a glimpse into Winnipeg's Filipino food scene, from neighbourhood barbecues to the underground catering.

"This "Filipino food movement" is slowly taking off around the world and especially in North America, and here in Winnipeg we are just trying to do our part in showcasing our food and culture," said Allan.

"I do believe Filipino food is the next big thing and I'm happy to be helping spearhead and do my part in the scene in our city," he continued. 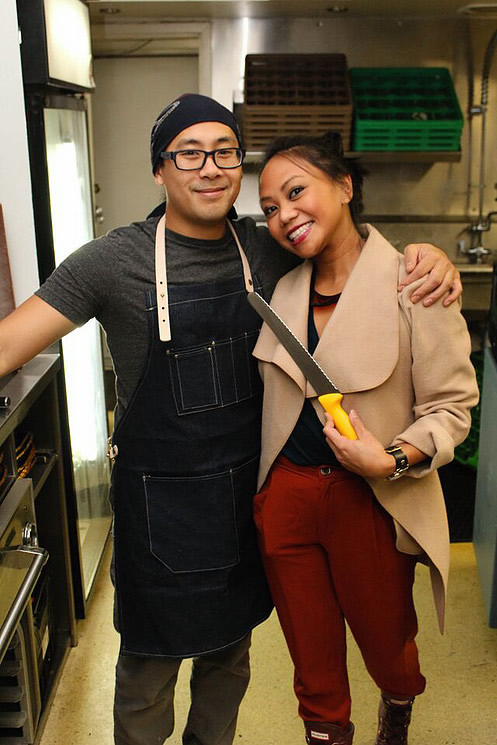 -May (date to be announced, check back on their website. April's is being held in Calgary): guest chef Jeremy Senaris, who is currently competing on MasterChef Canada (if he does better than fifth I'll stop liking him)-June 12 - "Sama Sama night" (to get together): Guest chefs, Jeremy Senaris (MasterChef Canada), Roddy Seradilla (Pimp my Rice), RJ Urbano (Cremem DeL'essence). Also check the website for upcoming "The Art of Kamayan"/Boodle Fight nights where you can experience all the glory of a Kamayan feast for yourself. To RSVP or learn more call 204.996.1572.

Want to discover more of Winnipeg's Filipino cuisine for yourself? Here is Allan's list of top picks: