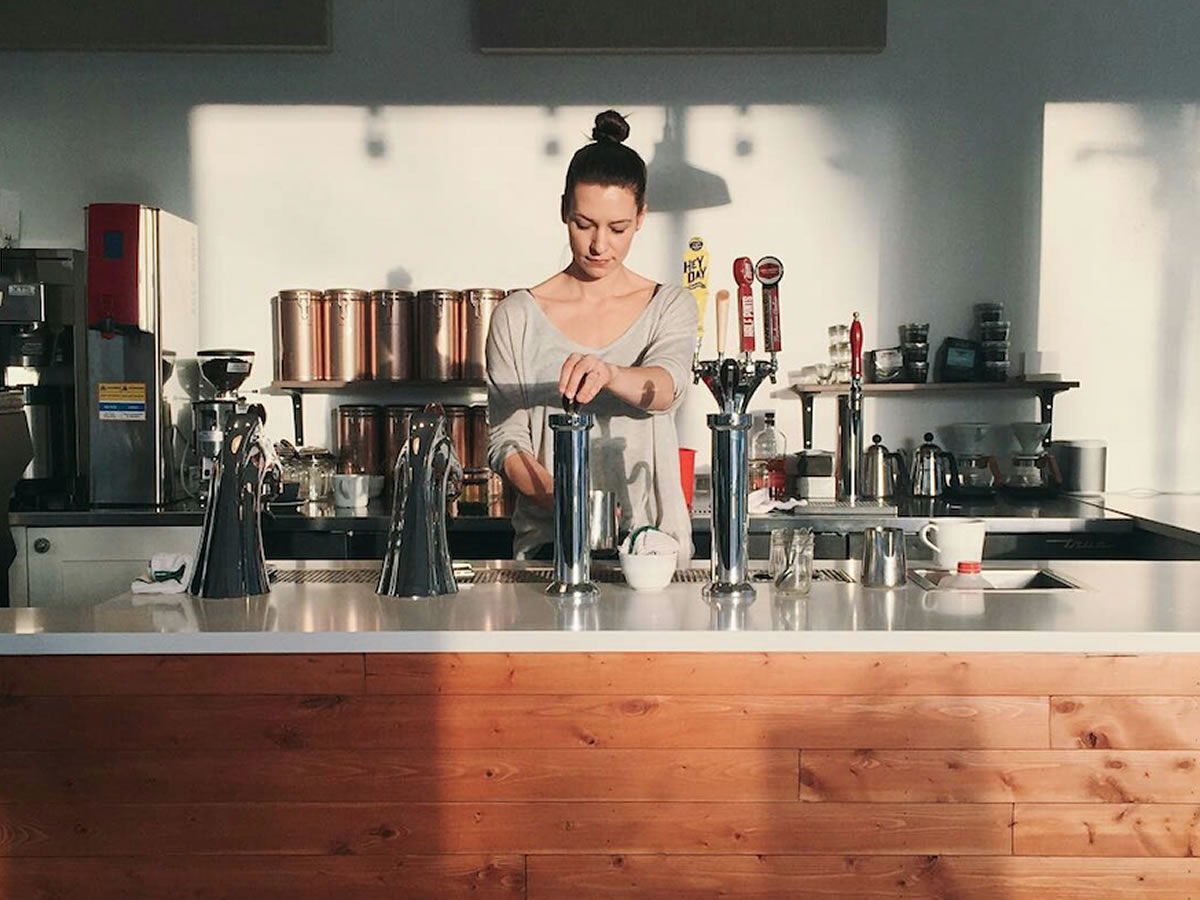 There's no doubt that Winnipeggers have enjoyed the third wave coffee ride that has washed over the city in recent years.

For you Tim's drinkers "third wave" is a movement that emphasizes the sourcing and preparation of the beans, treating coffee, in the words of Wikipedia, "as an artisanal foodstuff, like wine, rather than a commodity," #coffeesnob. The term was coined back in 2002, but most of the food and drink articles that started to trace the movement tended to percolate in the second half of the 2000s.

For a little bit of local history, the scene started to takeoff in Winnipeg in 2011, when Nils Vik opened Parlour Coffee on Main Street. Before that, Winnipeg’s downtown coffee scene was somewhat in its dark days – and we’re not talking beans – although the highly knowledgeable Trevis Boyd has been roasting at Black Pearl in the North End since 2000, while you could always get a strong, nicely crafted shot of espresso from a number of Italian markets and restaurants. 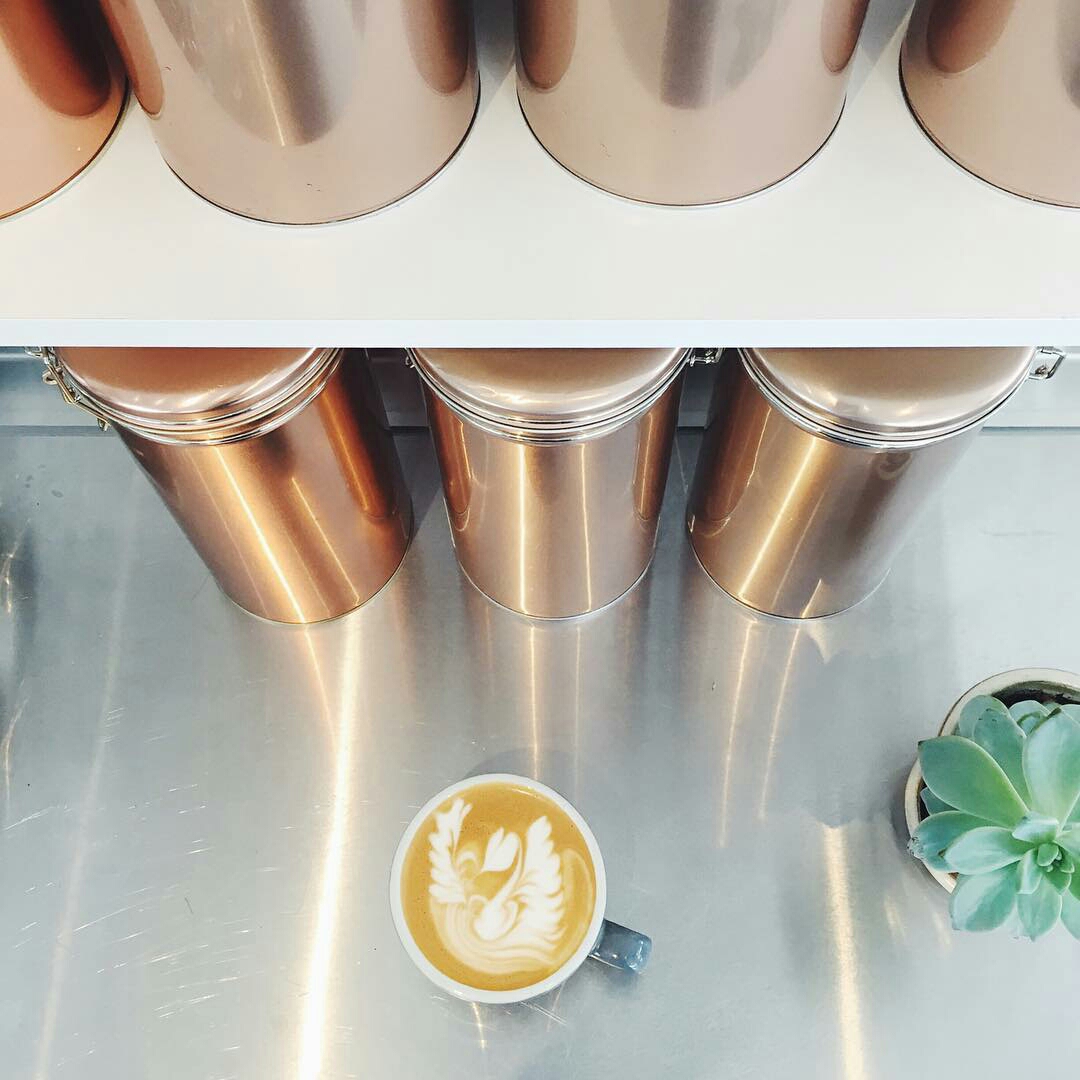 Anyhow, the white-walled-minimalist-aesthetic-room servicing strong, ethically sourced artisanal roasts is now all the rage across the city's core -- and coffee aficionados are all the better for it.

And that's what Fools & Horses Coffee rode into 10 months ago, a beauty of a space at 379 Broadway owned by five Winnipeggers who are passionate about their craft -- and above all, their sourcing -- who are doing way more than just excellent espressos.

"Part of the layout and what we are doing is very Australian, and very European, and that is where our alcohol service comes in to pair with the very good coffee," said Kendra Magnus-Johnston, who is one of the five business partners at Fools.

"We get a lot of shouts from tourists, people who are coming from Europe, or people coming from Australia, who are like, 'wow, this reminds me of where we would go back home.' So it is nice to have that international appeal, and yet we remain very local with all the investments we have made with our menu," Kendra continued. 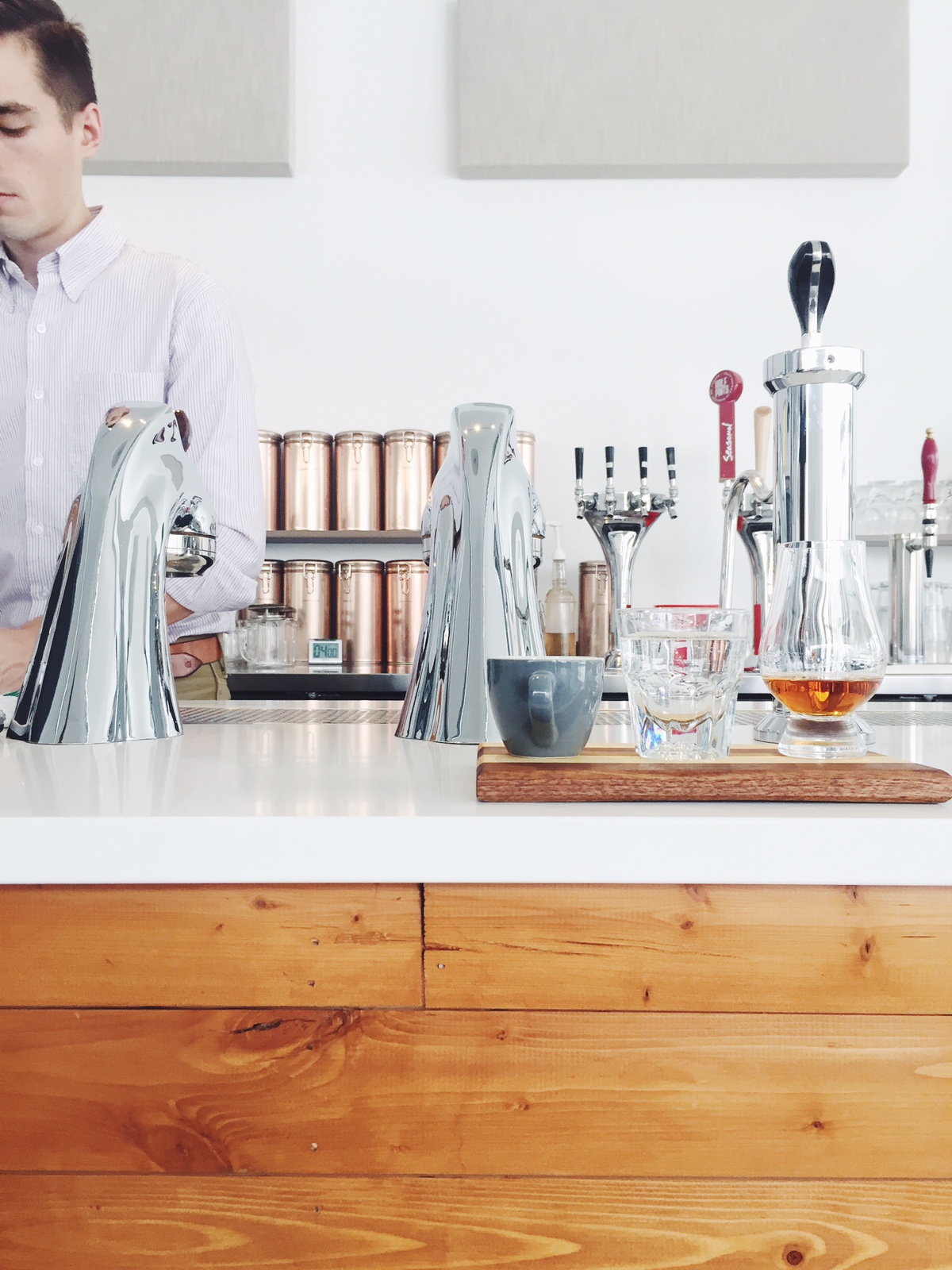 One pretty sweet score was this summer, one month after they opened, when Fools became a hangout of pretty much the entire Australian women's national soccer team (the Westfield Matildas) after they found their flat whites up to Aussie standards during the 2015 FIFA Women's World Cup. (That's a big compliment, as Aussies take their flat whites seriously. Plus, the Matildas went on to have a strong showing against the heavily fancied Americans in Winnipeg (and later beat Brazil in the round of 16), which surely had to do with the strength of Fools' brews #performanceenhancers)

The business partners are married couple James Magnus-Johnston -- the economist of the group who crunches the numbers and Kendra Magnus-Johnson -- who organizes the after hours events and does the product sourcing (both of whom have full-time jobs outside of the shop); Lauren Kroeker and Amy Bortoluzzi -- who manage the staff and the aesthetic appeal, including the sourcing and placement of all the design elements; and Ben Gillies -- who does a lot of the marketing (he also is the executive director of the Winnipeg Trolley Company and is at school right now at MIT).

Andrew Koropatnick rounds out the crew as the main employee who is in charge of the food and booze stuff, including cooking at the after-hours events. They run things on a consensus basis, which Kendra jokes, "makes our meetings very long."

They also work with a slew of local artists (most of which you can find shout-outs to on their fab Instagram account @fhcoffeecompany) including the Winnipeg photographer Mike Peters (@93mp) who has been curating a lot of the artists that they feature. 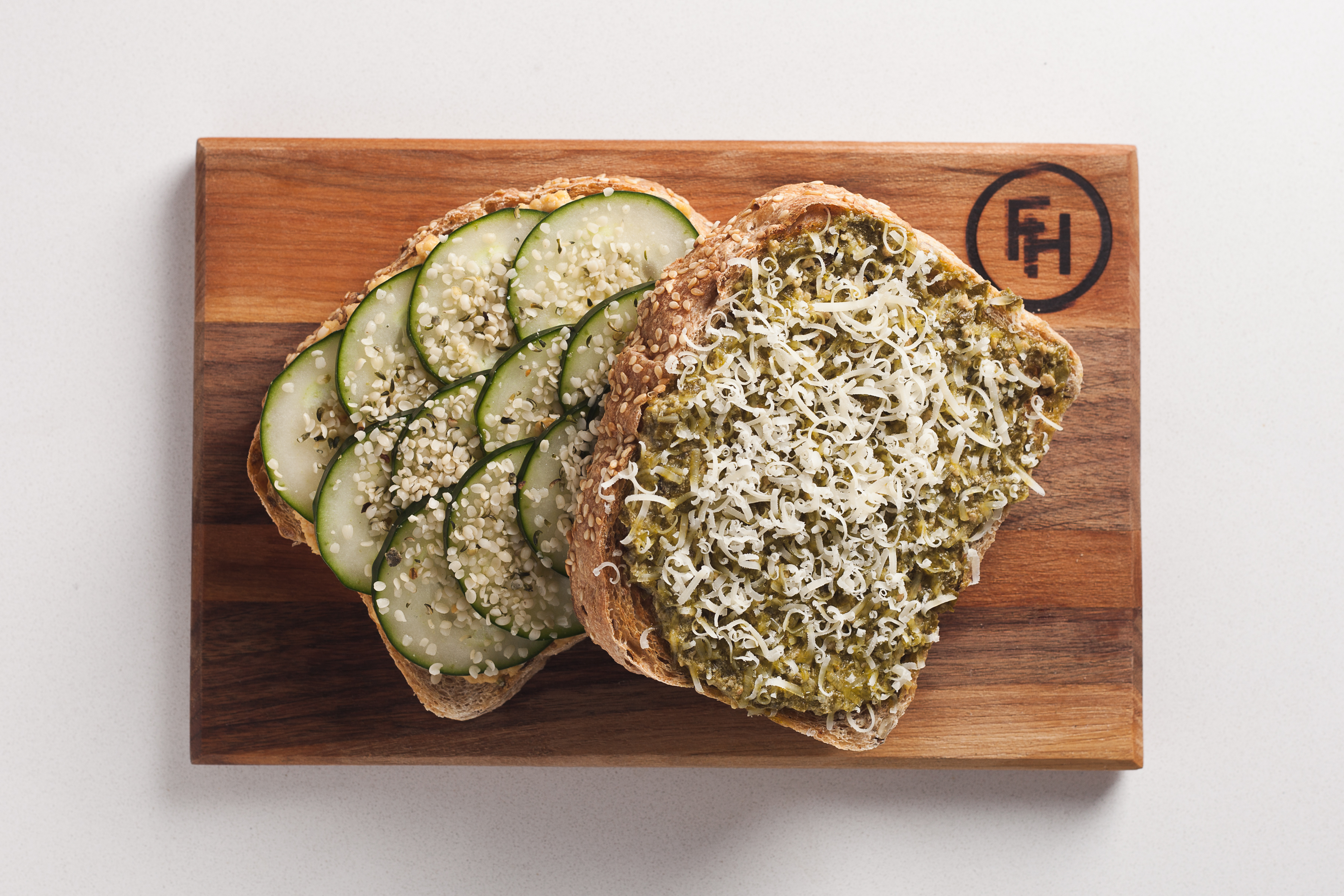 What really impresses "eat local" peeps like myself is their commitment to producers, and to making things as sustainable as humanly possible.

For starters their first menu featured sandwiches utilizing smoked meat from Miss Browns and falafel from Shawarma Khan -- all delivered on bikes, of course -- while Nick's on Broadway now does their locally-sourced sandwich meats.

Their bread is baked directly for them from Michael Harms and is a big feature considering fancy toasts -- one of the big food trends of the past two years -- is the menu mainstay at Fools. The toasts menu is vertically arranged from savoury to sweet and features locally-made cheeses from both Bothwell Cheese and Manitoba's cheese-making monk from Notre-Dame des Prairie Monastery (located just south of the city). They get their jams and spreads from Flora and Farmer while they also do parfaits in the morning made with local Dairy Fairy yogurt.

Bringing all this together was Kendra's favourite task, as she was generally the one driving around the outskirts of the city eating with and talking to these producers. 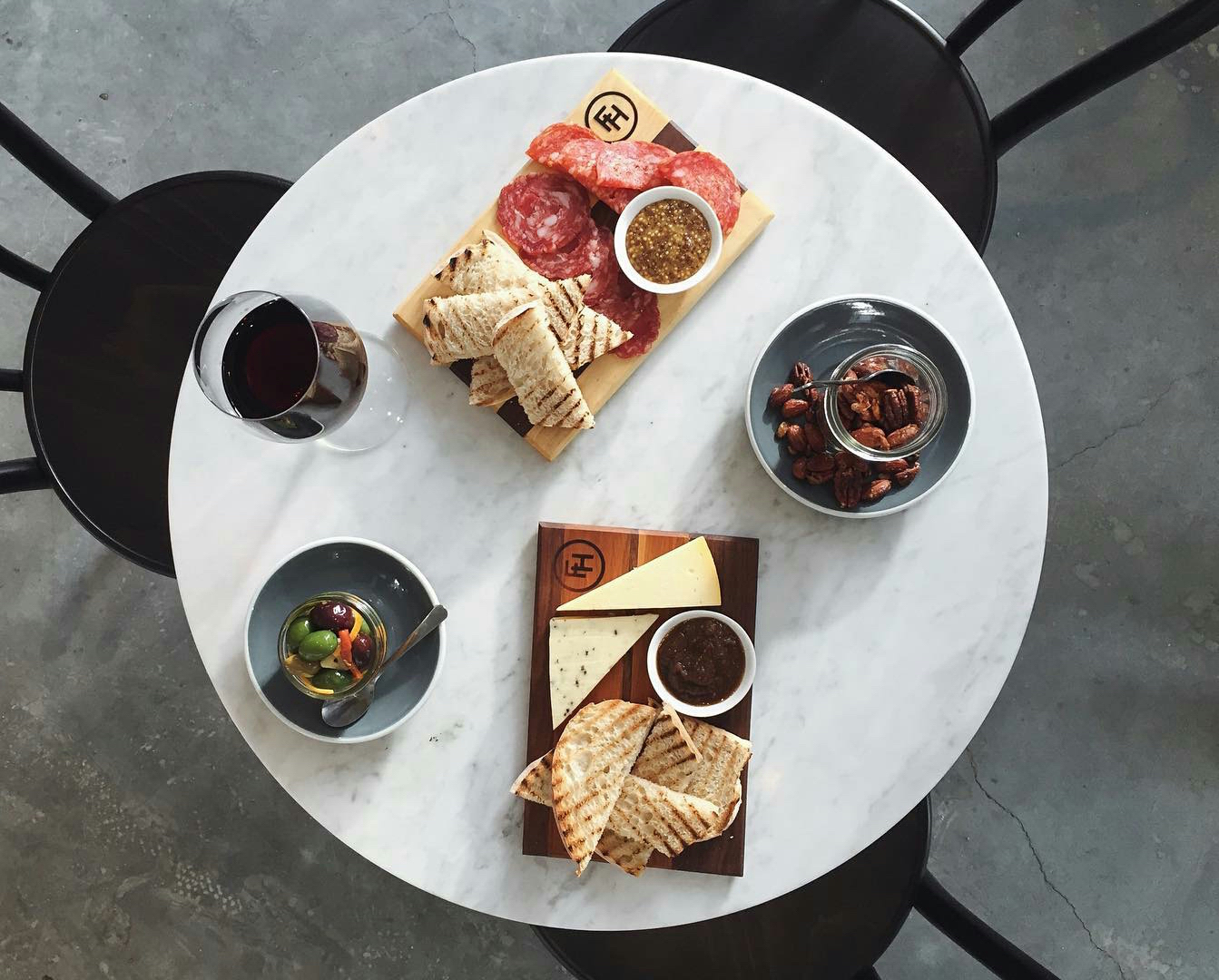 On the coffee side of things they only use Toronto's Pilot Coffee Roasters who convinced them to use the minimalist Modbar espresso machine. This shiny brewing system keeps all the hardware out of sight and is like the Tesla of coffee makers -- in that it is the future (cue the 2001: A Space Odyssey theme song).

"We are one of only five or so places in Canada to have one [a Modbar] and it is a very, very high-tech machine" said Andrew Koropatnick. "So we are able to play with different types and textures in our espressos, while you can change the temperature profiling and the pressure very easily. It's been a fun machine to learn on and we are lucky to have it."

During this quote Kendra also jumped in on the Modbar's aesthetic and social appeal with, "the idea is everything is under the counter -- so you are promoting more interaction with the customer, whereas bulky conventional espresso machines create a divide." #conversationpiece 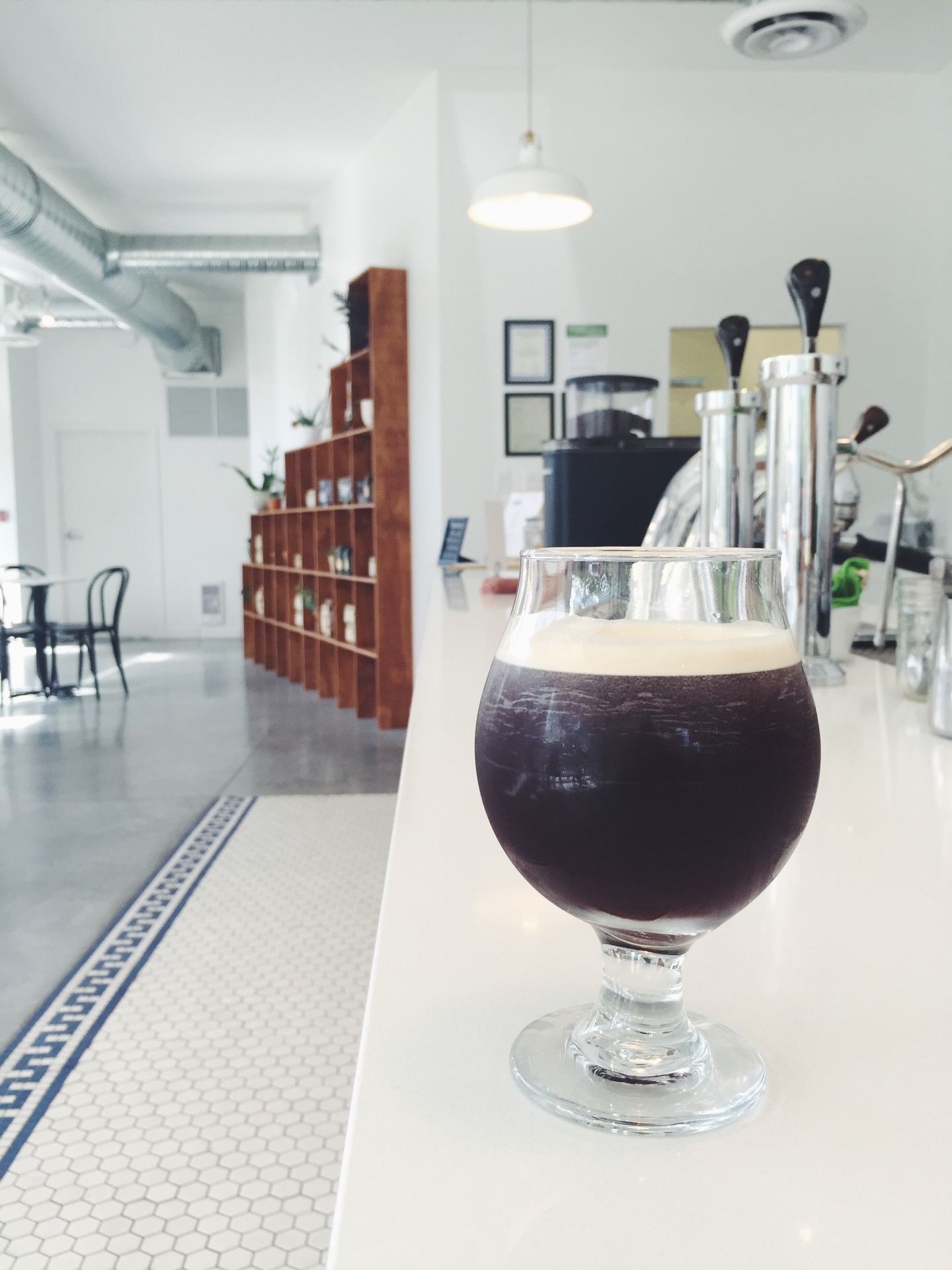 My personal favourite at Fools is their cold nitro brew coffee, which also comes out on tap, and takes 16-20 hours to brew in their fridge. It has the look and mouthfeel of a Guinness, while the taste is of a strong black coffee that has notably less acidity and bitter characteristics.

And the taps don't stop there: they have four beers, including two from Winnipeg's Half Pints, 606 IPA by Saskatoon's Paddock Wood, and Lake of the Woods Brewing Company's Firehouse Amber, while more local brews will appear as Winnipeg's brewing scene continues to evolve.

They have wine on tap too -- a malbec, sauv blanc, and riesling -- that come in kegs that are assembled in Vancouver, along with premium Canadian ryes, including the currently much-fancied Crown Royal Northern Harvest. 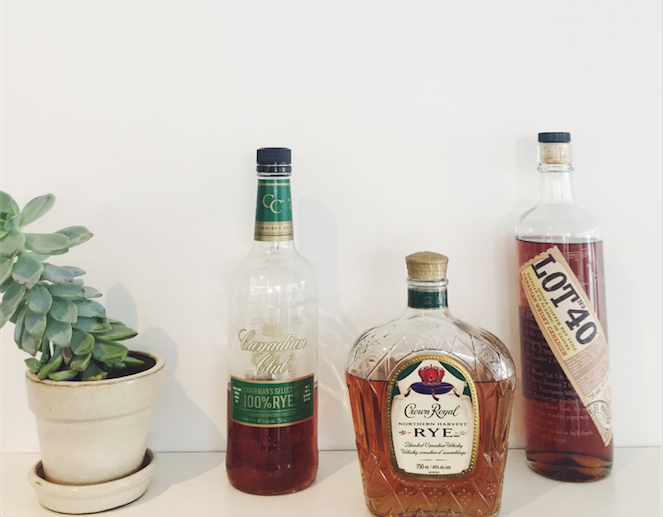 Give me white walls and give me rye (Lauren Kroeker)

These alcohol numbers are meant to be enjoyed with their evening menu, which includes a cheese board and a charcuterie board -- both with the aforementioned cheeses, grilled sourdough from Michael Harms, and some other snacky items like warm olives and honey roasted nuts.

As you can see, this horse will lead you to water, and I surely bet you'll drink.