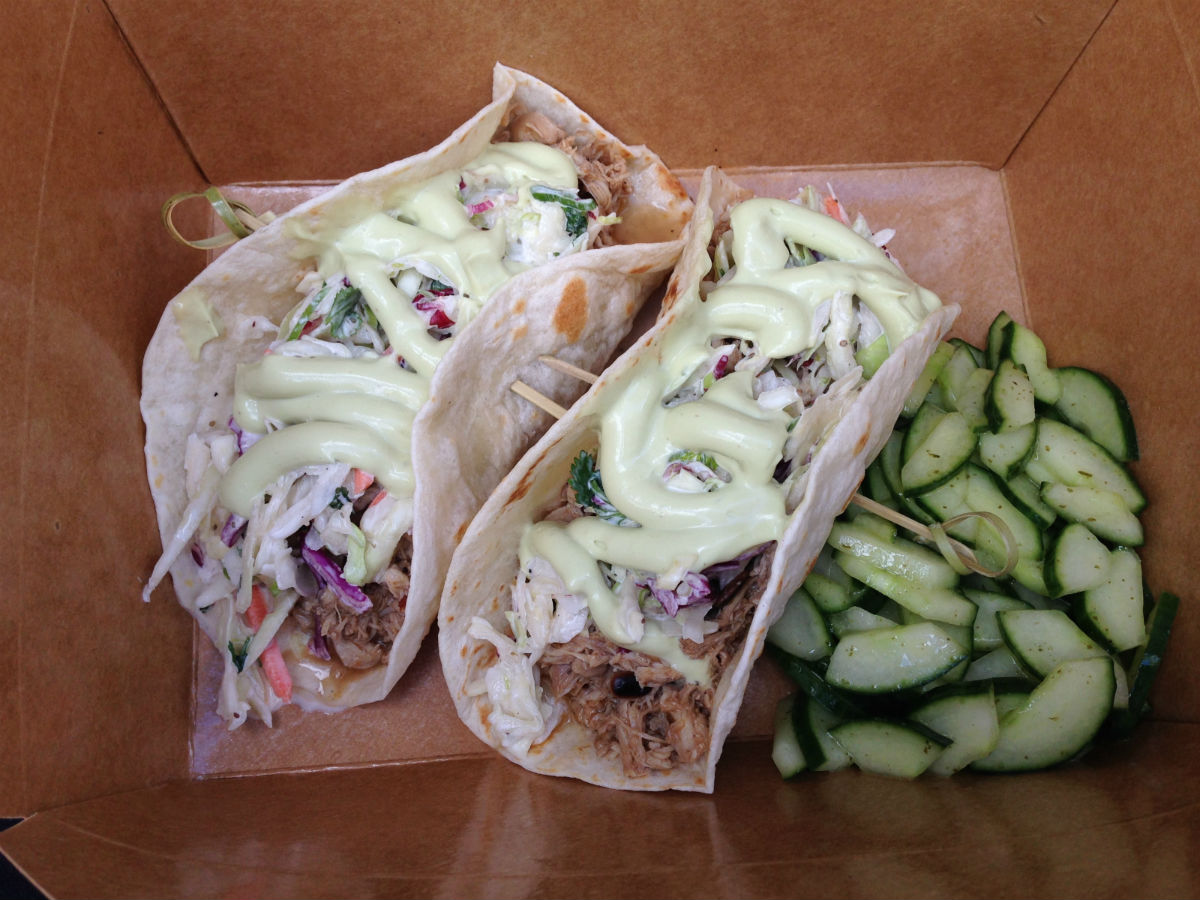 Get some napkins because these guys are too good eat cleanly.

Eat this now: Taco Tuesdays behind The Fairmont

Today for lunch I ended up pontificating at my co-workers while holding a messy taco.

Surely some braising liquid and cilantro aioli must have hit the office floor because I was animated -- and how could you not be when you are eating a taco this good and you're compelled to let everyone know.

That being said if you are reading this on a Tuesday or Thursday, and you are downtown, and it is lunch time, I suggest you make your way to the back door of The Fairmont -- for it is there that you will find such a rave-worthy, hand-held lunch.

Every Tuesday until summer is done The Velvet Glove in The Fairmont is doing a different weekly taco special -- while on Thursdays they are doing burgers (hence #backdoorburgers) -- all serviced from a kitchen door that looks out on Lombard Ave. 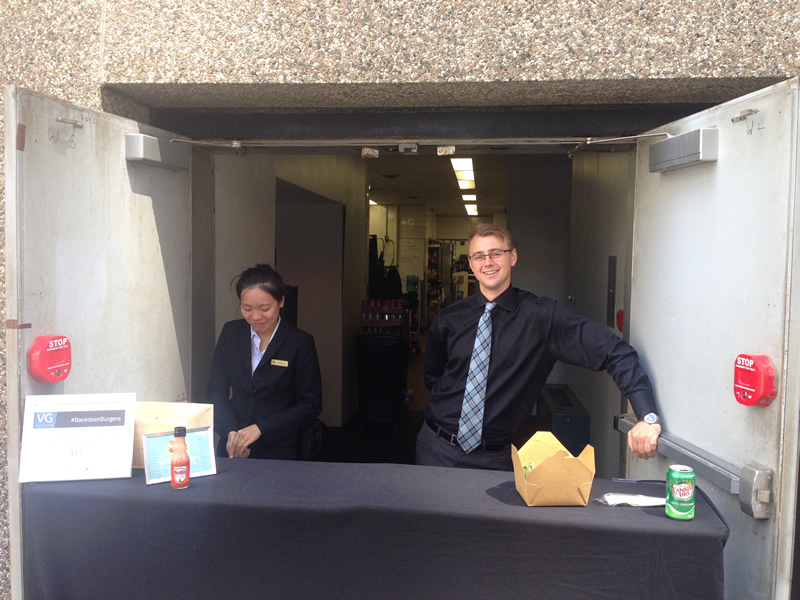 These are sauced up monster tacos that are so full of flavour you won't dare share with your co-workers (but you must invite them to come partake, for eating these tasty numbers in front of them will probably not win you any friends).

Today (August 4, picture at top of article), was a chicken adobo taco (2 tacos + cucumber salad for $13), which featured some succulent braised-then-shredded chicken -- which had a nice little kick at the end, along with a cilantro aioli that I would contemplate using as toothpaste -- if only it could prevent cavities.

It was well worth the four napkins I had to use, while the accompanying cucumber salad offered a cool finish with some added crunch. 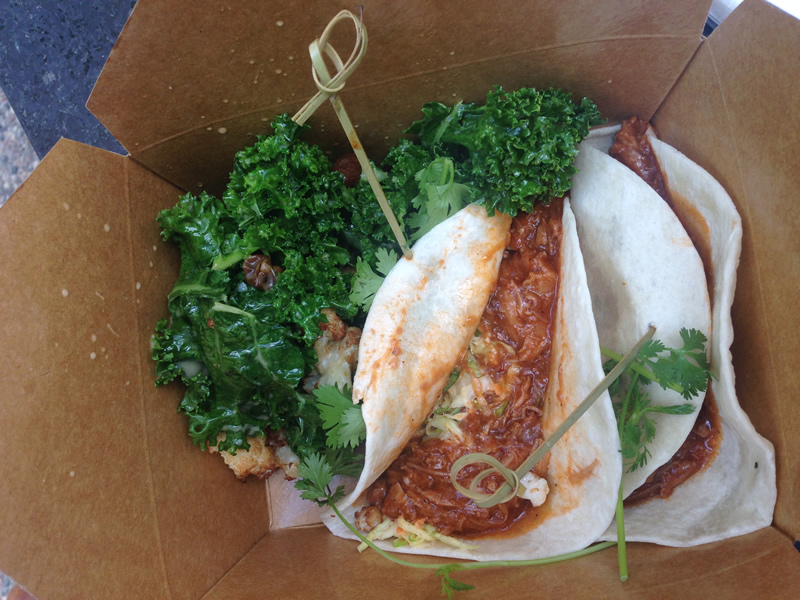 Last week it was one of the best versions of pulled pork I have yet encountered (pictured above) -- and I have approached a pretty serious amount of pulled pork in my time. This was about as rich and saucy as it gets when it comes to taco fillings, with an expertly-spiced sauce you could paint the walls with.

It hit all the right notes of sweet/salty/spicy, while the accompanying wilted kale and roasted cauliflower salad was the type of side-dish that would win you all the acclaim were you to bring it to a summer potluck.

And that is the thing with what The Fairmont has going on here: this is elevated street food, executed by a kitchen which regularly does more haute items for a bigger price tag. The Velvet Glove's dining room is currently closed until September 8 for the summer, so aside from lounge and room service, this is what you get -- and I tell you it is all you need. 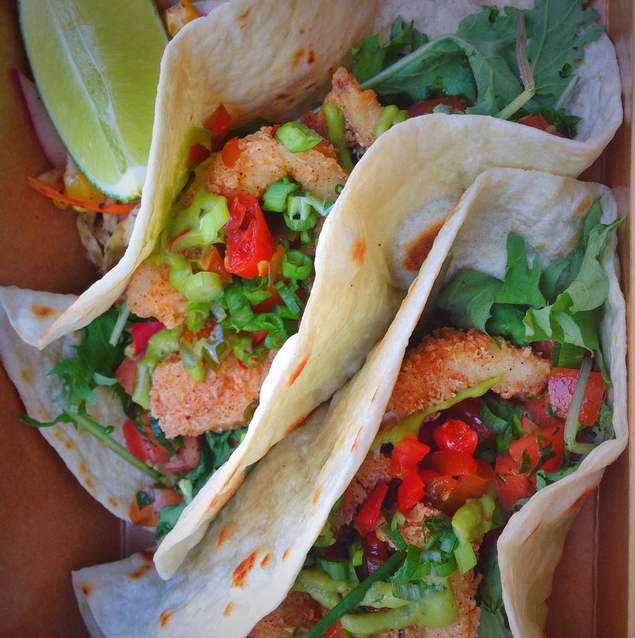 The Fairmont's sweet pickerel tacos from three weeks ago (via Instagram: @fairmontwinnipeg)

Backdoor kitchens have been around in Winnipeg since, as far as I know, chef Ben Kramer and his Diversity Foods team started serving summer Back Door Lunches at University of Winnipeg a few years back.

Since then, several spots have followed suit, especially during city-wide culinary events like Burger Week.

It's a fun move, and one you culinary tourists out there won't want to miss when you are in Winnipeg this summer.