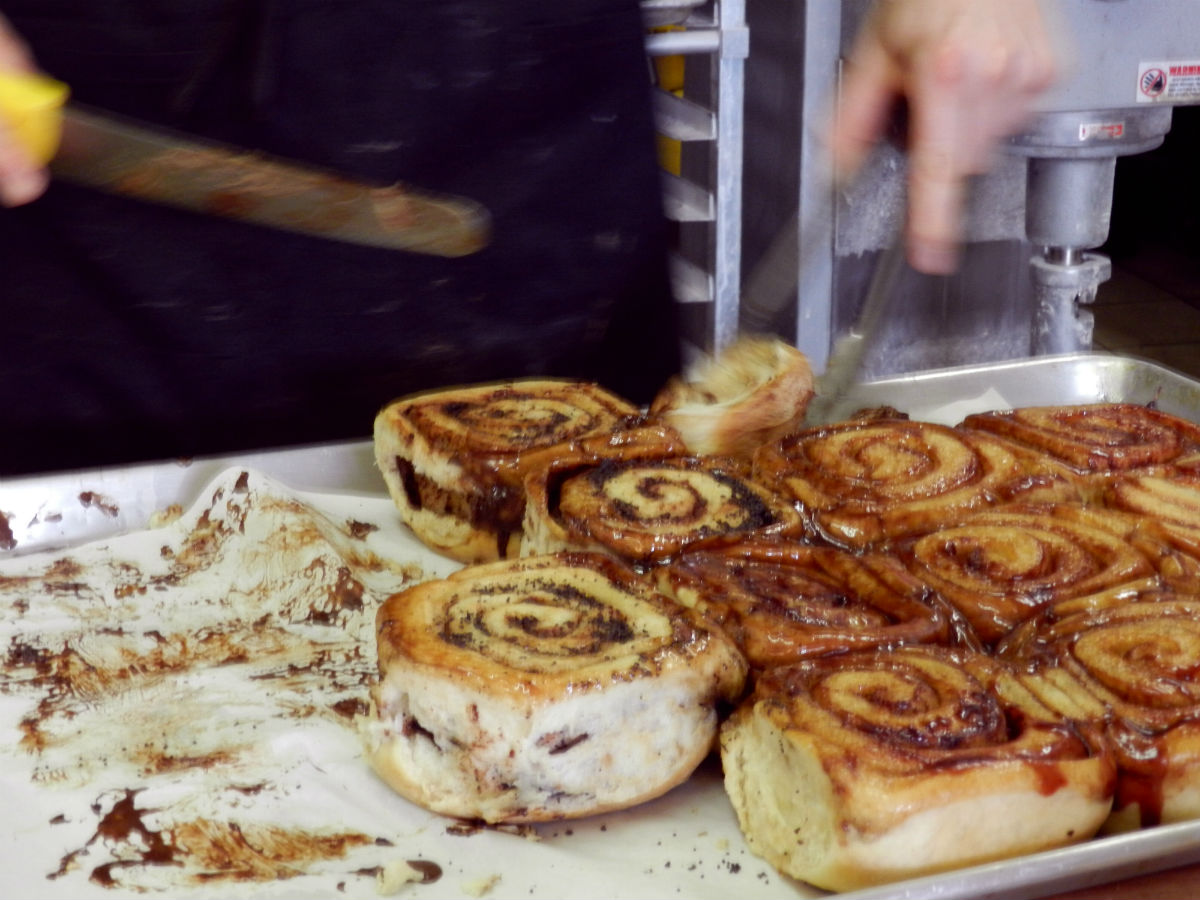 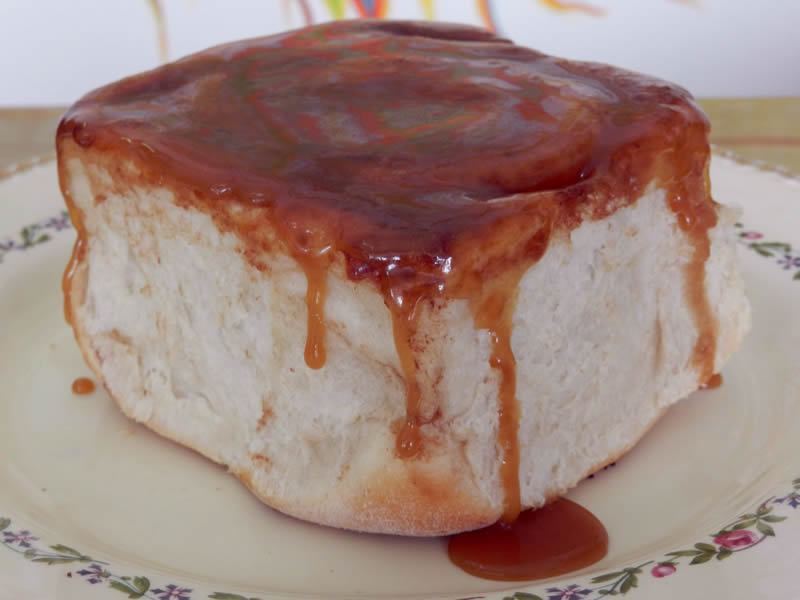 Behold the magnificent cinnamon-laced sticky bun by niche bakery Jonnie's Sticky Buns. This behemoth bun is big enough to share but why share when you can keep it all to yourself?

When you're only selling cinnamon buns, being creative in the kitchen is key.

That's why you'll find way more than just raisins or no raisins on the menu at Jonnie's Sticky Buns.

Using the classic rolled bun as the canvas, co-owners Jonathan McPhail and Rheanna Melnick, have expanded the culinary definition of cinnamon bun.

"We're constantly giving new things a shot," says McPhail, who starts baking fresh buns every day at 4 a.m. so they're warm from the oven by opening time at 8 a.m.

Customers can also get any bun sliced open, grilled and spread with either olive and goat cheese tapenade or served with yogurt, granola and fresh berries.

The bakery serves a variety of signature buns every day, including a classic version; made with whole wheat flour and available with or without raisins.

Special buns are also offered on different days of the week. Those specials are listed on a large window frame chalkboard inside the postage-stamp sized bakery. Customers are also encouraged to suggest their own ingredient combinations, which they can write on the corner of the chalkboard. (The day I visited, chocolate peanut butter was up for consideration.)

The bakery, which opened in December 2010, has just two tables so expect to take your buns to go unless you luck into a seat.

Want to know where to find Winnipeg’s best cupcakes or European-style breads? Tweet your questions to @pegcitygrub and I’ll help satisfy your baked good craving.