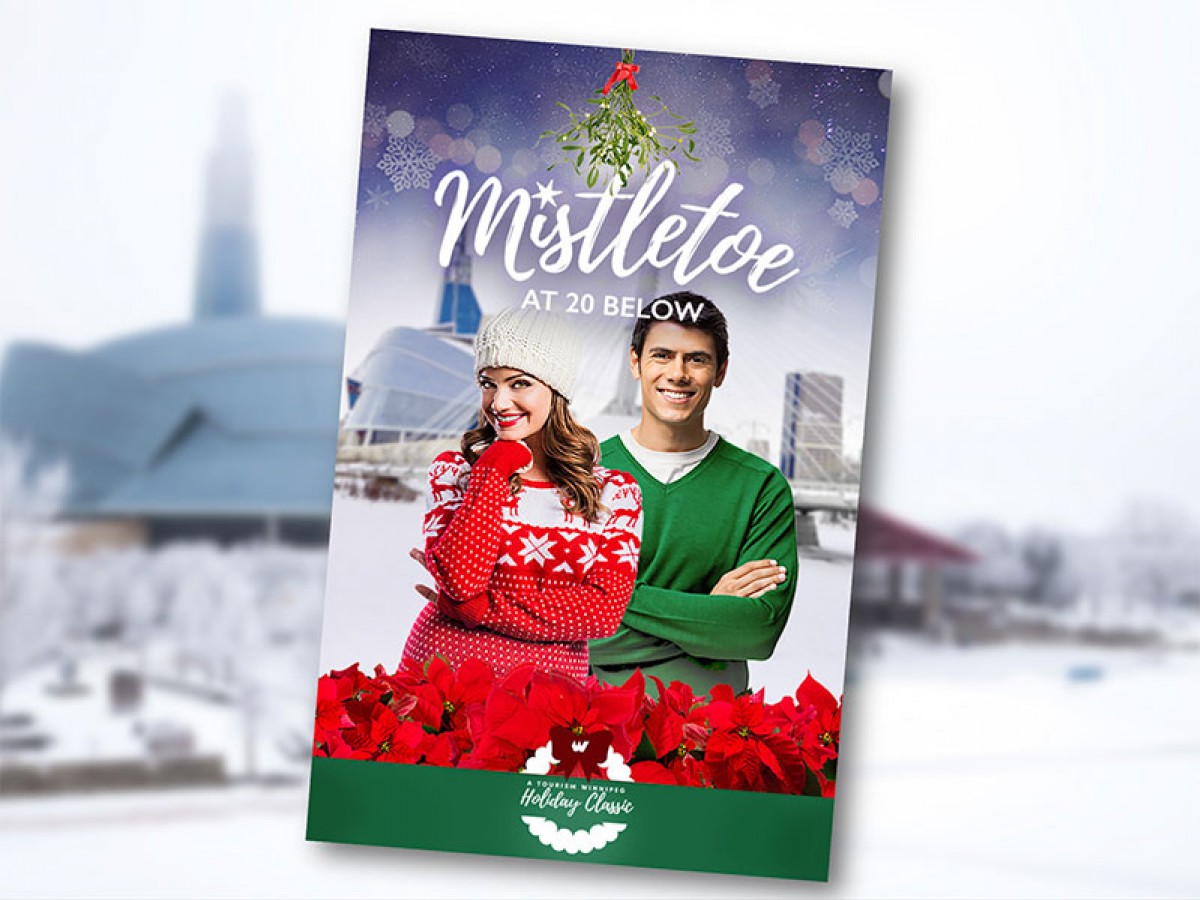 The 10th annual  Hallmark Channel's Countdown To Christmas event is officially underway on the Hallmark Channel. During this magical time for TV viewing, you can tune in to see "Love, passion, & fateful run-ins with ex-lovers..." along with plenty of Winnipeg locations too!

Yes, that’s right! Just like Winnie-the-Pooh could not exist without Winnipeg, it wouldn't be the biggest stretch to say the same thing about Hallmark’s sparkling and oh-so-romantic holiday fare, as so many of these films have been shot on this city’s streets, shops and neighbourhoods – many filmed by our friends at Cartel Pictures Canada.

Take for instance, Two Turtle Doves, which was just released in November, after filming here in June. This enchanting number centres around Dr. Sharon Hayes (Nikki DeLoach), who “searches for a beloved family heirloom in a small Christmas town (ahem, Winnipeg), when she unexpectedly discovers an adorable little girl and her disheartened father (played by Michael Rady), she realizes that Christmas miracles really do happen.” In it, you’ll be able to spot locations like The Forks and CityNews’ studio, which plays the role of the set for "Wake-Up Milwaukee."

Or, also brand new for the 2019 Countdown to Christmas lineup, how about The Christmas Club?

In this zesty number about fate and second chances, “Two busy strangers, Olivia Bennett (played by Elizabeth Mitchell from Lost) and Edward Taylor (played by Cameron Mathison, whose film/tv resume is stacked) meet when they help an elderly woman find her lost Christmas savings. Thanks to fate and Christmas magic, they also find something they were both missing: true love.” Not to share any spoilers, but much of this finding of true love happens on the streets of The Exchange District, where it was filmed this summer.

Another new number for 2019 is Merry & Bright, where The Exchange District’s McDermot Avenue (amongst many other Winnipeg locations) has a major role (see 54 sec). The story centres around the Merry & Bright Candy Cane Company, whose CEO Cate (played by Jodie Sweetin. Stephanie Tanner for the win!) finds herself mulling over the intentions of New York City suit Gabe (Andrew Walker), who appears at her business during the busy Christmas season.

And this is just a few of the naughty and nice (mainly, really nice) numbers you can tune in to see this holiday season, which prominently feature The Peg. On Hallmark alone you’ll also find Once Upon a Christmas Miracle, A Dream of Christmas, Christmas Connection, One Week Weekend, One Winter Weekend (which is the sequel to One Week Weekend), A Shoe Addict's Christmas, Love in Design, Our Christmas Love Song and the 2012 classic, The Christmas Heart.

Want to play "spot the Winnipeg location" at home? Here’s the full schedule for December!

And it’s not just Hallmark who has taken advantage of the inherent magic of Winnipeg for a Christmas film locale – Lifetime has also gotten in on the action too!

New for 2019 on Lifetime is Radio Christmas, where Winnipeg stands in for the small Pennsylvanian town of Bethlehem. This film, starring Keshia Knight Pulliam, sees her falling for a sexy single dad (played by Michael Xavier) in Bethlehem after her Philadelphia radio station closes for repairs during the holidays. This instant classic is already ranked by Elle as being the third-best Lifetime Christmas film of all time. (You can read that article, “We Ranked the 88 Best Lifetime Christmas Movies” here.)

You can watch all these heartwarming films this month on Lifetime. Here’s the schedule.

Some Christmas film pitches of our own

Since we’ve become such Christmas movie super fans over here while making this article, we couldn’t help but create a couple pitches for Hallmark and Lifetime ourselves, so that Winnipeg can rightly have its prominence within the Christmas film canon, with the romance actually taking place in the city.

So how about these for the 2020 Holiday Season:

Human Rights and Christmas Lights – While setting up the Canadian Museum for Human Rights’ latest exhibit Bryce, a normally shrewd woman when it comes to celebrating the holidays, runs into Tad -- a handsome and mysterious tourist with a zest for Christmas carols in the Garden of Contemplation. As Bryce tries to stay on task, Tad keeps showing up in the exhibits, enticing her along the alabaster walkways while crooning Frosty the Snowman. Bryce soon finds herself singing in the key of Christmas with Tad, as the couple make merry music in The Tower of Hope. Starring Blaine Hitchfield and Kelly St. Croix.

Mistletoe at 20 Below – Chance has it that Chance’s flight back to New York has been cancelled due to a snowstorm while he was visiting his widowed mother in Winnipeg. Taking it in stride, Chance heads to The Forks for some skating under the canopy when he runs into his old flame Bianca, a florist who has just opened up a new flower shop in The Forks Market. As the snow falls outside, Chance and Bianca revisit their old romance, sharing flights at The Common with mistletoe ever-present hanging overhead. As his newfound love for Bianca continues to grow, much like the plants in her shop, Chance mulls over canceling that flight altogether to bring his brokerage firm back to Winnipeg. Starring Britt Summerville and Joshua Livingston.

Hallmark. Lifetime. We know you are picking up what we are putting down, so give us a call and let’s move these pitches into production for summer 2020. You bring the fake snow, and we’ll reserve the locations.