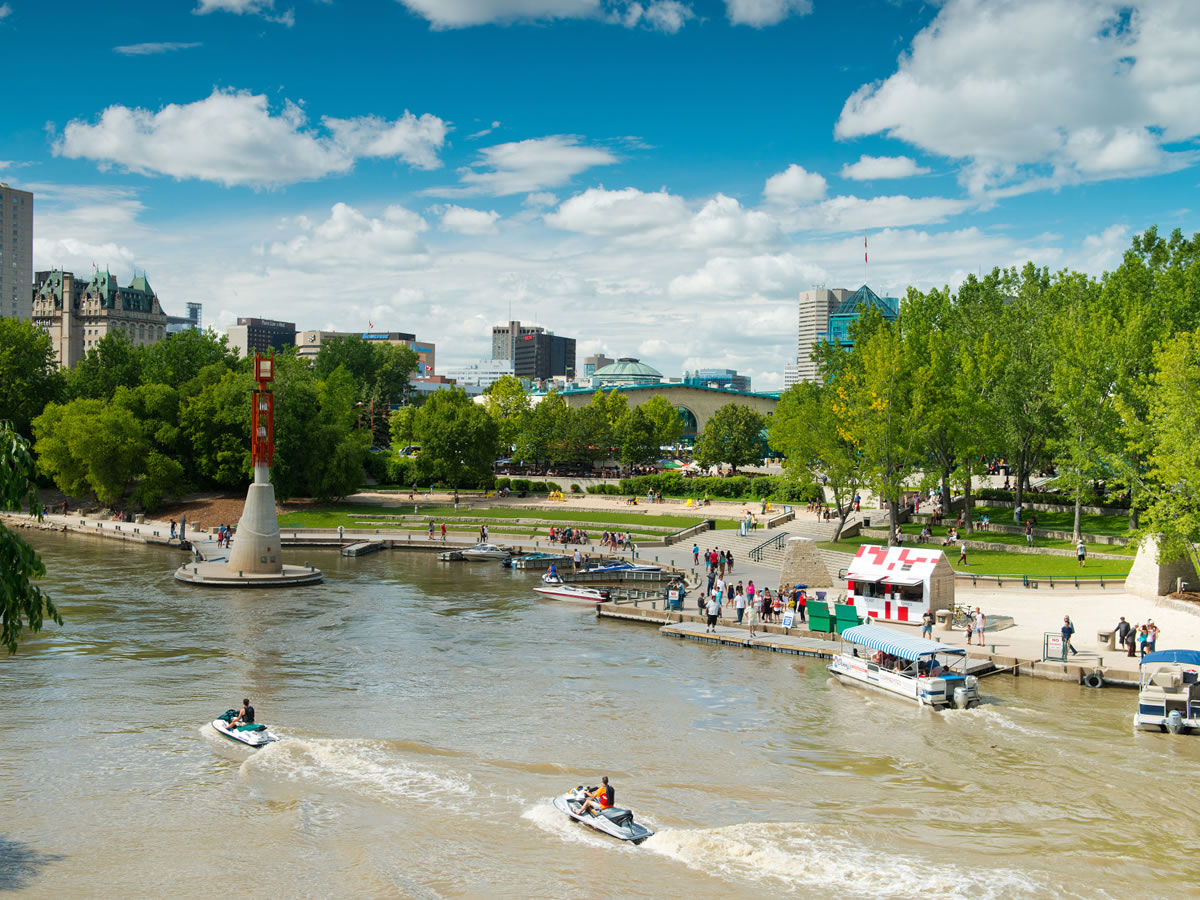 The end of summer can sometimes be a bit of a downer, especially for ‘Lil Peg as she’ll be going back to the classroom on Tuesday. (Which, to be truthful, is music to Missus’ and my ears).

That’s why for this Labour Day long weekend we’re bringing ‘Lil down to the Forks for all the festivities; it will be nice end to what’s been a pretty pleasant summer.

We’ll start at the Variety Heritage Adventure Playground where Lil’ Peg can revel in all the action on offer. She’ll splash around in the water park and make some new friends, and Missus and I will laugh, and laugh. You see, they have these fountains that shoot up out of the floor and it is an absolute blast to watch all the kiddies block them and run through them; I tell you all the parents watching are having just as much fun as their kids. 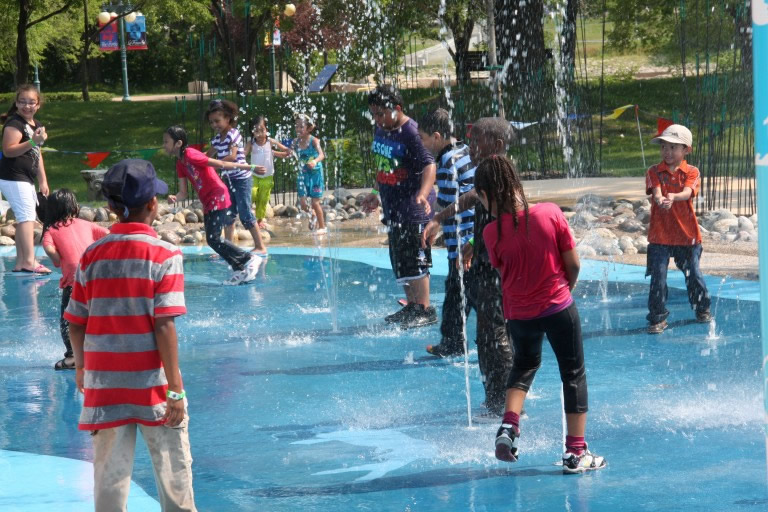 After that, ‘Lil will run herself tired through all the obstacles and equipment in the connecting adventure park, like the tunnel through the train the Countess of Dufferin – which has always been her favourite.

And get this; all the equipment in the park is interactive, presenting the story of Manitoba’s history throughout. So the kids are learning while playing – it’s genius I tell you, all our friends who have small children agree. We have been going almost every weekend this summer to the Adventure Playground; ‘Lil has become quite sporty and now she is totally going to rock history class this semester.

And the best thing about the Variety Heritage Playground is if the weather turns poor while we are there, the Manitoba Children’s Museum is right at our doorstep.

‘Lil is obsessed with the Children’s Museum, between the Tumble Zone – where she builds little skyscrapers, to Junction 9161, the huge train that ‘Lil and I can explore together, there is no shortage of good times for her to be had.

And parents, you know what all these kids activities mean right? Yeah, you guessed it, tired children!

After ‘Lil has spent herself on all the educational fun we are having, Grandma Peg is coming pick her up. This way Missus and I can stay down at The Forks to take in the all the bands playing at the Prairie Barge Festival. 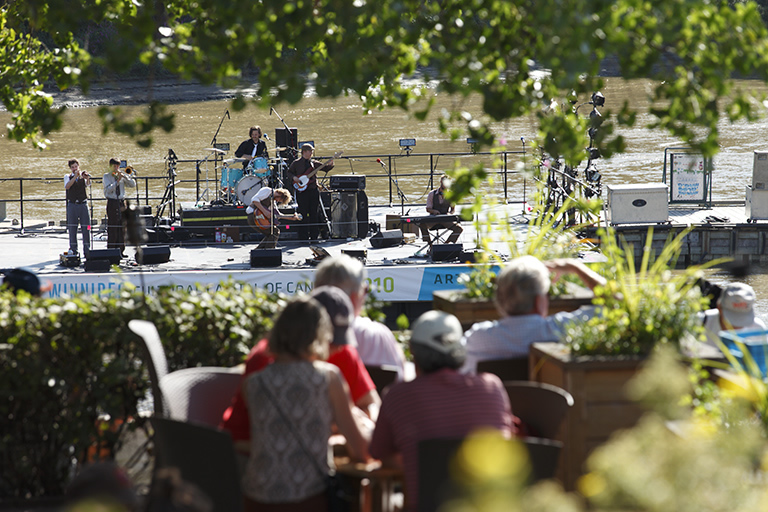 The Prairie Barge Festival is always a blast (The Forks)

Only in the Peg are you going to get organizers so awesome that they turn a barge into a stage, which they park in the river, then fill with some of the best local musical acts around.

This is the fourth year for the Barge Festival, and the stage will be split between acts from Manitoba and Saskatchewan – which, this also being the weekend for the Labour Day Classic, the CFL battle between our Bombers and the Rough Riders – is most fitting.

Missus and I are pretty jazzed to see Winnipeg’s Mise en Scene play on Saturday at 5 p.m. – two girls that cool rocking out makes us feel cool too – while one of our favourite alternative bands, Deep Dark Woods, are also playing later Saturday night.

Yeah I know The Deep Dark Woods are from Saskatchewan, and that they are probably Riders fans, but I’m okay with that.

I will welcome all the watermelon helmet wearing Riders fans to our great city on Sunday at the Forks where the Labour Day Classic will be played on the big screen too. Just don’t expect me to wear green.