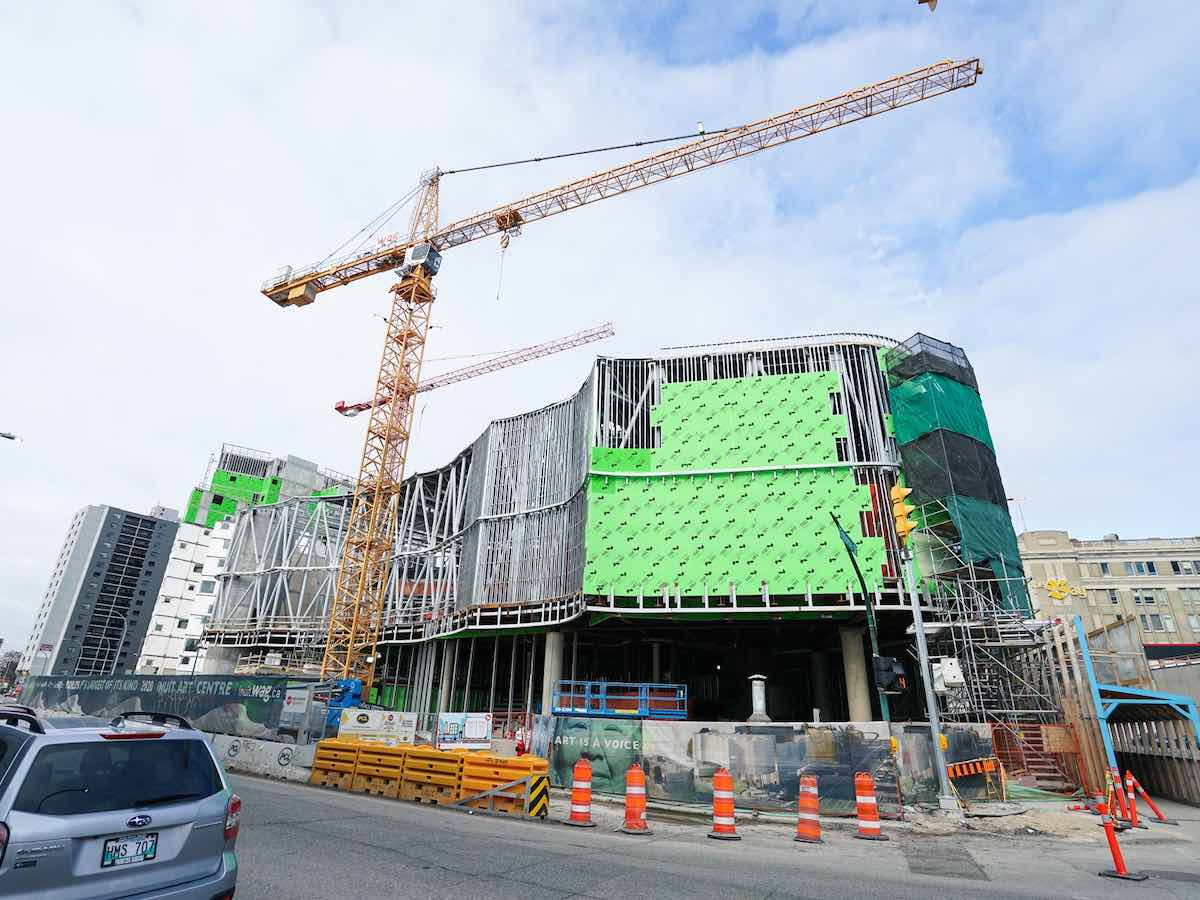 The architecture of the WAG's Inuit Art Centre sparks conversation

The saying goes, “If these walls could talk.” Michael Maltzan, lead architect for the Winnipeg Art Gallery’s (WAG) Inuit Art Centre, is hoping when the new structure opens in 2020, visitors will listen and have something to say in return.

“Great institutions become part of the social life of a city. We want people to see into the building; see the art and activities taking place and feel invited to come inside. It’s meant to create a connection; a conversation with life inside and outside,” he states.

Michael Maltzan Architecture, one of North America’s leading firms, was selected to design the building through an international competition which saw 65 submissions from 13 countries. The national jury was unanimous in their choice as Maltzan’s concept challenged the conventions of how galleries work, rethinking what a museum can be, and how to display art.

“Art looks best in the space it was created in, so we really had to think how to capture the spirit, the light, the changing dynamics, and the undulating forms that represent the North,” states Maltzan, adding a trip to Nunavut shifted the idea of the scope and scale needed to truly infer characteristics of the limitless landscape.

He points out the building also needed to hold many responsibilities. The Inuit Art Centre is not just an art museum; it’s a classroom, a workspace, a community hub, and an opportunity to spark dialogue. “Every visual and physical element needed to connect all parts of the Inuit Art Centre.”

To visitors standing on Memorial Boulevard, the Inuit Art Centre’s exterior appears as a sculptural stone-clad bridge floating over a transparent lobby, which in the day lets in the spirit of the sun, while at night offers an equally warm invitation. A great portion of the collection will be on view in the 5,000-sq. ft. atrium, housed in a three-storey-high glass vault. Displaying over 7,500 carvings, the Visible Vault will also allow visitors to watch conservators, curators, and other museum staff work with the collection.

However, Maltzan states the most important piece of this level is that it’s accessible to everyone free of charge. “The idea is to be generous with this space. It will be a public piazza where people from all different cultures can join together, have those conversations that art can spark, and get a real sense of what’s often behind the curtain in a museum.”

There’s more dialogues to be had on the Learning Steps and Interactive Theatre which act as a connection between Level One and Two, but also serve as a platform for performers, Elders, storytellers, educators, and artists to share their voice, broadening awareness and understanding of Inuit art.

Level Two’s open concept Knowledge and Sharing Centre, which will contain catalogues, books, and reference materials, along with acting as an education and engagement hub, will overlook the steps, ensuring there is a strong connection between activities.

The level’s outdoor terrace and carving porch, which Maltzan says is meant to jut out like the bow of a ship, again makes the connection between inside and outside. Here visitors can experience the St. Mary Avenue exterior reflection of the fluid forms of the North; a series of curved lines dancing together in a conversation.

The scope and scale of the North is explored further through the design of the 30-foot-high exhibition space. The Inuit Gallery will be the largest single exhibition space in the world dedicated to Inuit art, featuring dynamic integrations of pre-commercialization, modern, and contemporary works. It’s flexible design, divisible space, and soaring ceiling heights will also help to facilitate unique temporary or special exhibits.

Maltzan incorporated multiple, large skylights into the vast space to not only allow daylight to stream down into the gallery, but also let light shine up and out into the community at night.

A smaller terrace on Level Four, which overlooks the main gallery, gets visitors even closer to the light as it melts out into a smaller mezzanine for more intimate gatherings and discussion.

Two outdoor studios will connect the space to WAG’s rooftop garden, while inside the Education Suite will be a hub for art-making classes and outreach programs that will provide collaborative experiences and hands-on learning.

The merged garden space is just one of many internal veins linking the Inuit Art Centre and Winnipeg Art Gallery. From an exterior perspective Maltzan was tasked with both giving IAC its own presence and identity along with making it co-exist with the current building.

He points back to the usage of glass to bring the outside in and vice versa. As part of the firm’s submission, Maltzan incorporated a retrofit adjacent to the WAG’s entrance to include swapping part of the solid Tyndall stone exterior for transparency. A swath of glass will allow for a line of sight into the gallery, and much like the atrium of Inuit Art Centre, beckon people to begin a dialogue with the life inside.

Find out what you can hear when the WAG Inuit Art Centre opens in 2020.