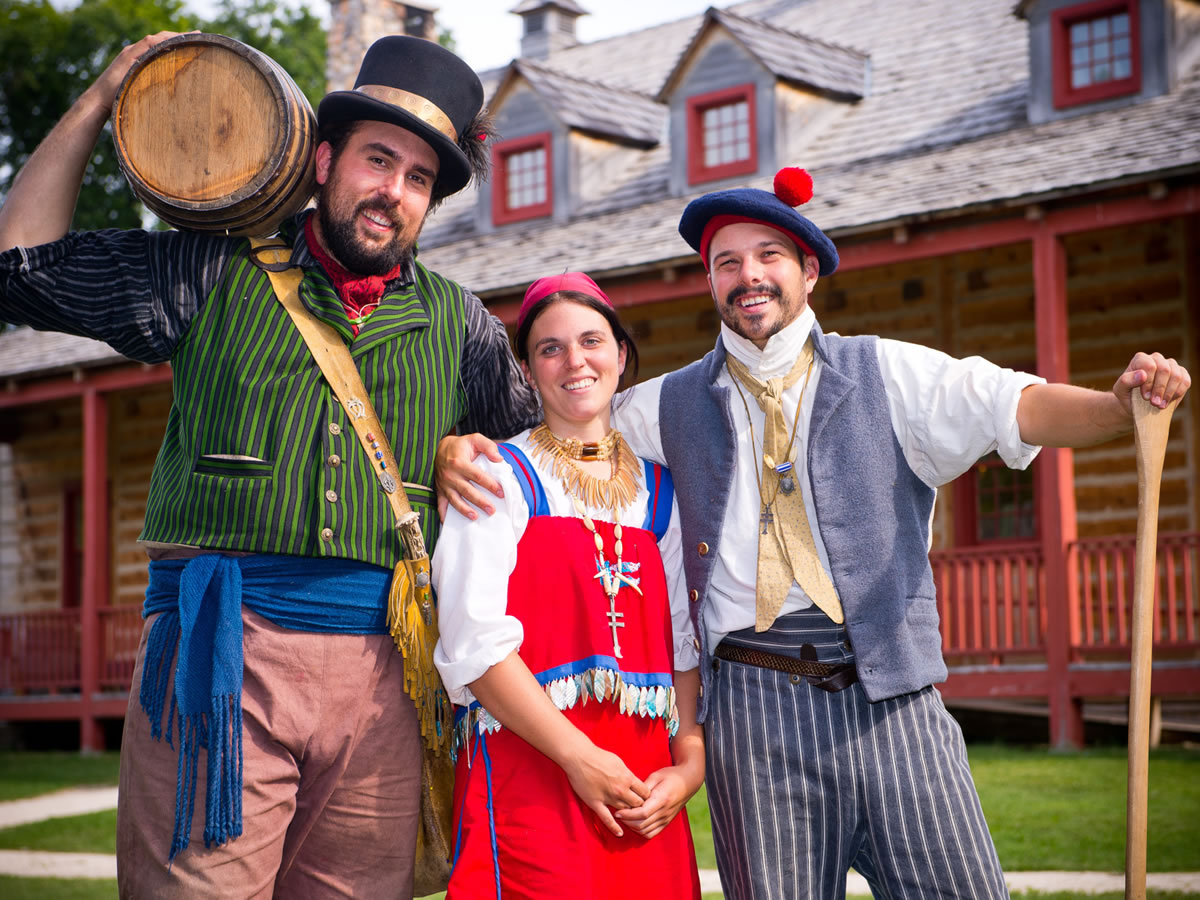 The Past is the Present — Winnipeg’s happening history

The Past is the Present — Winnipeg’s happening history 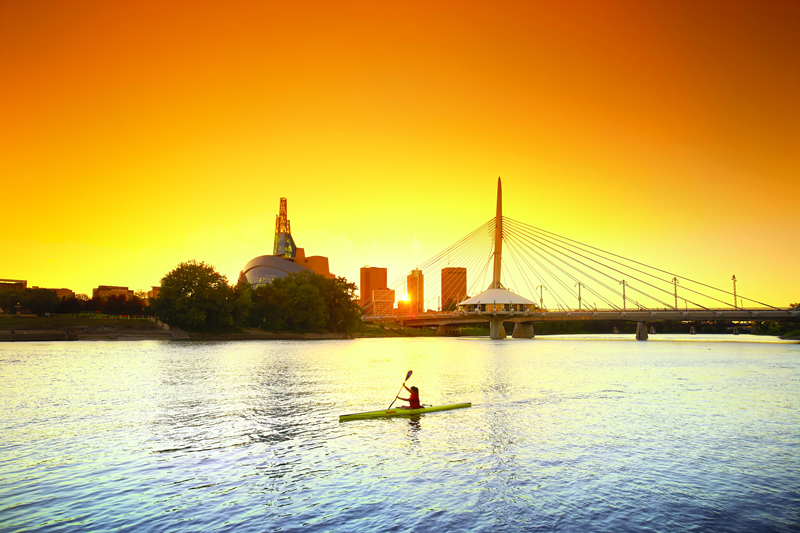 Winnipeg is a modern metropolis.

We build buildings that belong in the space age. (We’re talking to you Canadian Museum for Human Rights and Investors Group Field.) We Winnipeggers also think big. (Restaurant on ice, return of the Jets, Journey to Churchill, anyone?)

And we look to the future. (Downtown and east Exchange District development, and rapid transit, to name just two.)

With all that’s happening right now and what’s coming down the line, it’s easy to forget everything that’s come before. 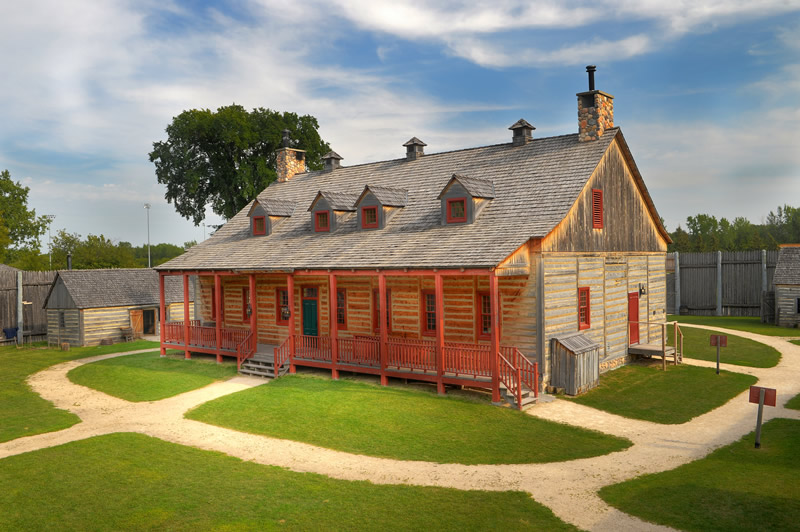 That’s where Fort Gibraltar, and a host of other local historical sites and venues, can bring the past into focus. Fort Gibraltar is a ton of fun for history nuts sure, but it’s also a grand time for families too. Just ask Lil Peg. She had a hoot pretending to “live” in 1815 inside a fur trading fort on the banks of the Red River. We learned all about life in a North West Company post while exploring the log fort corner to corner. We visited the blacksmith cabin, goods and trading post, and workshop. Inside the warehouse, we learned how to make pemmican—a high-energy mixture of fat and protein eaten by fur traders and other explorers. Interpreters dressed in period costumes—soldiers, traders and homesteaders—played their parts the entire trip back in time. I even took a turn at the hatchet toss—a friendly competition that traders and trappers played in their day. They brought Winnipeg’s past to life; Lil Peg’s mind was blown. The Missus and I were also happily living in the past. Check out a cool video here. 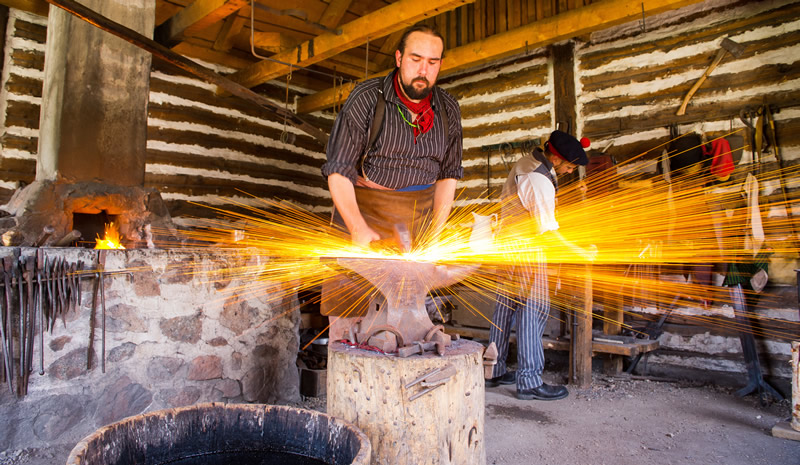 Did you know that Fort Gibraltar was the hub of the Red River Settlement, the foundation of modern-day Winnipeg? The original fort was built at the forks of the Red River in 1809 and 1810. The fort was also at the centre of a turf war between two rival companies: North West and Hudson’s Bay. That’s what we learned during our summer-day visit. Throughout July and August, the Fort is open for visitors Wednesday to Sunday. The Fort folks also host two-hour tours if you’re after a more in-depth history lesson.

By the way, Fort Gibraltar is party central for Festival du Voyageur—Winnipeg’s winter fete celebrating our French and Métis roots.

If you’re after other historical adventures this summer in Winnipeg, check out one of these great spots too.

The Forks National Historic Site: Take a tour of Winnipeg’s original meeting place where aboriginals have been meeting since 4000 BC. Take a guided tour or lead your own treasure hunt.

Fort Whyte Alive: Step inside a sod shanty, similar to the ones used by Manitoba’s original European settlers. Go farther back in time and take a seat inside a tipi or gaze upon a herd of buffalo at this wildlife and nature preserve in southwest Winnipeg.

Exchange District National Historic Site: Take a walking tour of Winnipeg’s original downtown. Find out why the city was called Chicago north while wandering amongst our original high rises.