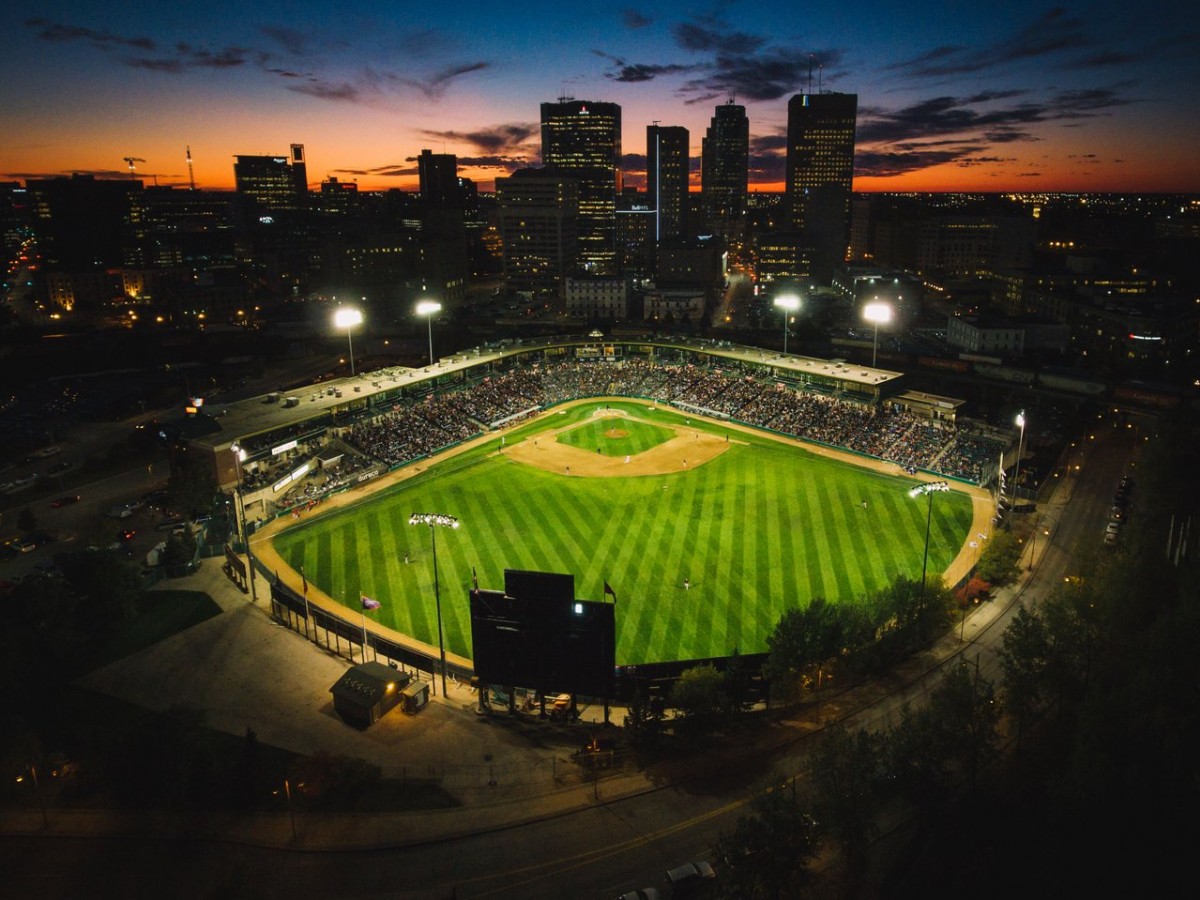 The Fish invite you to bring your dogs, score some vintage duds and go old school this August

Surely even Mathew McConaughey would agree that Shaw Park is one of the finest fields in all of baseball. It's a place where the local craft beer is cold, the action around the diamond is always hot, and the theme nights are even fresher than the Fish.

Here's three ways the Winnipeg Goldeyes Baseball Club are hitting it out of the park in August:

August 16 – Jersey Giveaway and Fireworks: You’re going to want to get to Shaw Park early for this promotion. The first 1,000 fans in attendance will receive a replica road grey Goldeyes jersey. Then stay late for the postgame fireworks, a stunning display set over Waterfront Drive and the river.

August 17 – Bark in the Park: Ball? Ball? Ball? Two-legged baseball goers are invited to bring their pupper or doggo to this pet-friendly evening. The fan-favourite event, which supports local dog rescues, features a pre-game pooch parade, a Paw-Paw-Razzi photo wall, the Pooch Smooch cam, and seventh-inning fetch. The first 1,000 dogs through the gates receive a complimentary treat bag. Ticket packages for Bark in the Park are on sale now, and begin at just $14. Each package includes a seat for one person and one dog.

August 29 – Turn Back the Clock Night: This event is an oldie but a goodie with throwbacks to the 50s and 60s. The Goldeyes will be pitching strikes and running bases in their vintage uniforms throughout the game, while fans with the best oldies attire will be given the chance to win some great prizes. Before the game starts the Casinos of Winnipeg Stage will feature Free Ride as The Beatles at 6 p.m., while after, they'll turn into The Rolling Stones for the post-game dance party. During the game, you can hum along to 50s/60s tunes using a free Goldeyes Kazoo, which will be handed out to the first 1,000 fans through the gates courtesy of Richard Rosin Funeral Director Ltd.

Winnipeg’s performers are virtually yours to begin 2021