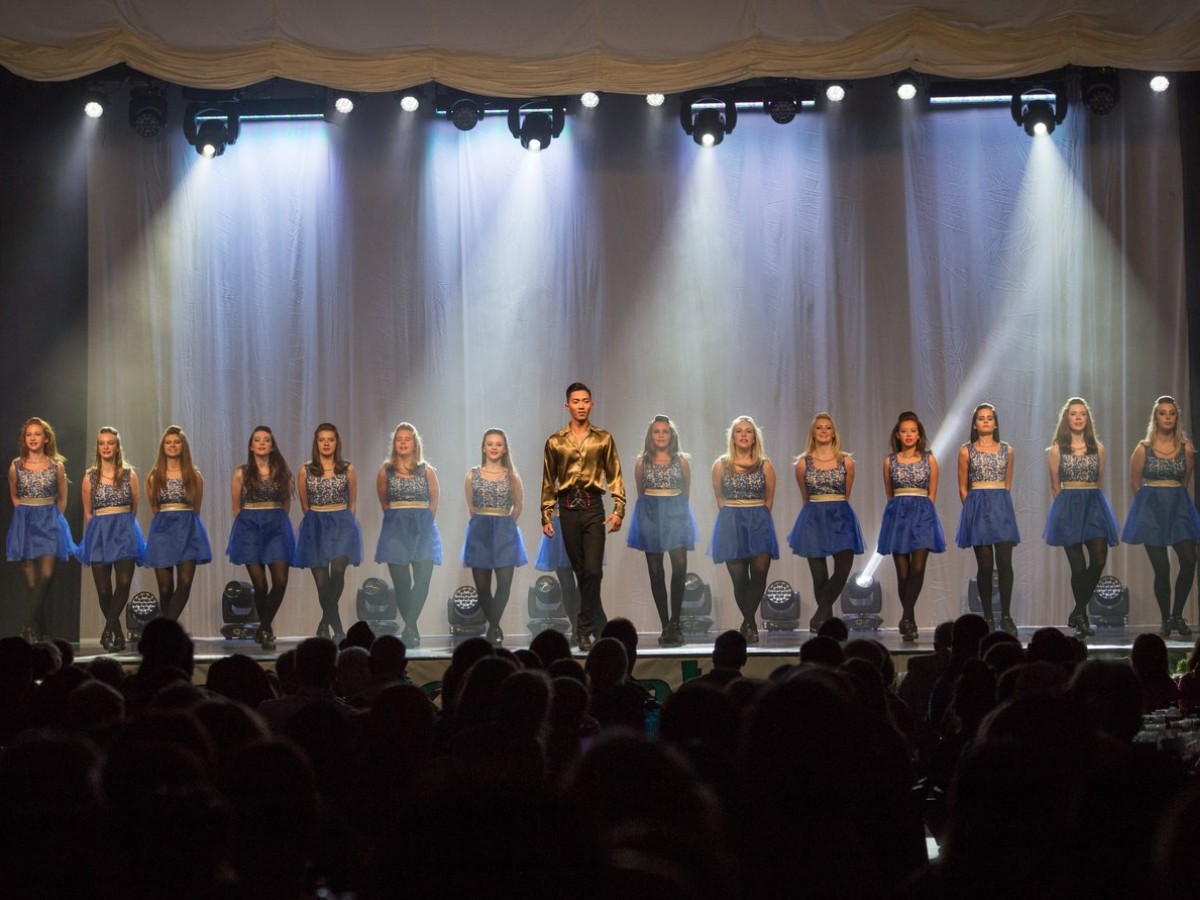 Photo of the Celtic Ireland Pavilion courtesy of Folklorama

Folklorama – the world’s largest-and longest-running multicultural festival – is now in the second week of its half-century celebrations. That means it’s time to hit up as many pavilions as possible!

Some of Folklorama’s volunteer-run, 40-plus pavilions have been doing this since 1970, so you know they have it down to a science. And by doing this, we mean showcasing their unique cultures’ cuisine and folk traditions through dance, theatrics, teachings and works (as each pavilion contains a marketplace where you can buy gifts, art, foodstuffs, and clothing).

In sum, you can take a tour around the world each night, feasting on the sights, sounds and dishes from so many cultures.

To help get you there, Folklorama provides VIP Tours, which bring you to two or three pavilions in one night (in a pretty sweet air conditioned ride at that). As part of this, you get inside with no lines (yes, Folklorama is super popular, so entry lines can be a thing), a progressive meal utilizing all the pavilion stops, and of course, reserved seating from which you can watch the world-class entertainment. Here’s the link to the VIP experience.

Of course, you can also go it alone, and do your own stops with  individual tickets available here.

Either way, here’s a few of the global gems you’ll discover during week two, which boasts 23 pavilions for your choosing:

The  Russian Pavilion is bringing back Dmitry Brekhov and his Sabotage Performance, which is guaranteed to wow audiences with their unbelievable athleticism – a mix of strength, flexibility and grace that combines dance with gymnastics. (And yes, the performances will pair perfectly with pelmeni and borscht). If you crave even more athleticism, which you can chase with a glass of cachaça, check out the Brazilian Pavilion, where capoeira is accompanied by some thrilling percussion.

The  Métis Pavilion is where you can see people really get jiggy with it, and we’re talking circa late-18th century Red River style, not some lame Will Smith 1997 interpretation. The Metis’ stage will showcase the fast-and-fancy footwork of the Asham Stompers, who are always accompanied by some blazing fiddling work. More exuberant feet can be experienced on the stage of the Irish Pavilion, where you can pore over Irish stepdance as pints of Guinness are being poured.

Of course, this is just a sample of some of dance on display throughout the week. On the European folk-dance tradition front, the countries of  Serbia, Hungary, Poland, Romania, Italy, Ukraine, Scotland, Croatia and Portugal will all be bringing it; while Tamil, Punjab, South Sudanese, Filipino Magdaragat (featuring so many cute kids! And lechon!), and French-Canadian culture are all represented at their respective pavilions as well.

All the world’s on stage

How about some fire-eating, limbo dancing performers straight from Jamaica? That, along with plenty of spicy dishes straight from the islands is just one draw for the  Africa/Caribbean Pavilion. And let’s not forget about all that steelpan (those zesty steel drums that magically transport you to the Caribbean), which surely will put a smile on your face (especially when you have an ice-cold Red Stripe in your hand).

The  Chinese Pavilion was one of the original eight pavilions back in 1970. Fifty years on, you can expect to see a mesmerizing show featuring acrobatics, dance, ruan, and martial arts in the stunning Dynasty Building – where the verdant outdoor garden setting will also play host to lion dancing. They’ll have plenty of hands-on activities to try too, like mahjong and calligraphy stations.

The  Mexico Pavilion is celebrating Día de los Muertos (the Day of the Dead) this year. As part of this, they have created a lavish ambiance that includes plenty of candles, ornate alters and skulls, while they’ve also flown in performers from Veracruz for the occasion.

The  Japanese Pavilion too has brought in talent from abroad, with performers from Osaka doing a special show on Friday, August 16. Plus, there’s also the opportunity to have sushi made by Winnipeg’s very own (and now retired) master chef Ono.

Around the world in 80 plates

While we’ve peppered the above sections with a few tasty samplings, you really should check out our more comprehensive  food-focused Folklorama guide at Peg City Grub, where we attempt to highlight an abundance of dishes you can try during Folkorama 50.

Folklorama concludes on Saturday, August 17th. All the address, showtimes and more are provided in the links above.

​Seek out creature comforts in Winnipeg, a wildly nice place

The Delta is your home office away from home