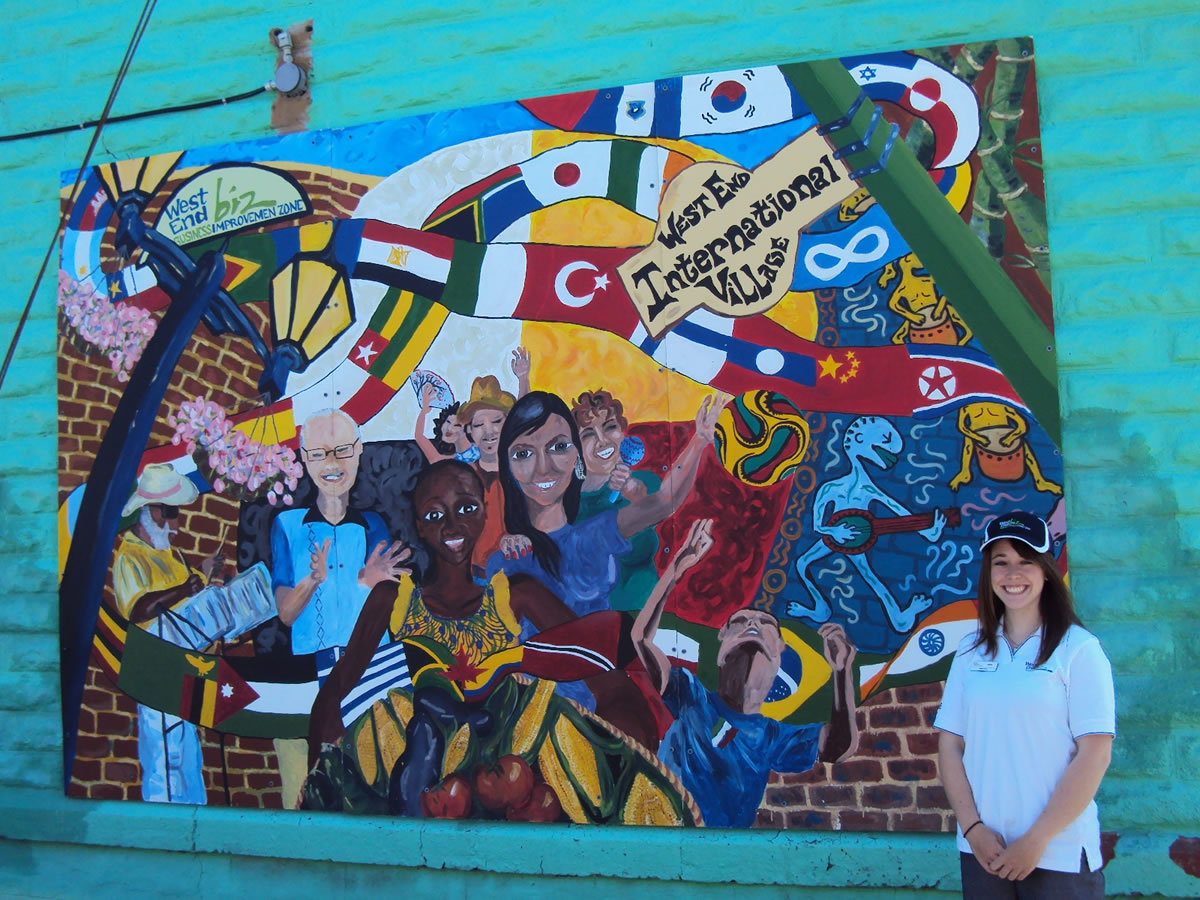 Summer in Winnipeg has a lot going for it.

The city bursts with greenery and a kaleidoscope of blooms on every corner. In planters and pots and baskets, a rainbow of flowers springs forth and provides instant cheer.

At least that’s what Mister mentioned to me a few weeks ago as we drove through Winnipeg’s bustling West End.

And then it occurred to me, this neighbourhood has even more colour going for it than any other spot in the city.

More than 50 murals decorate buildings and walls throughout the West End, considered the unofficial United Nations of our ethnically diverse city. 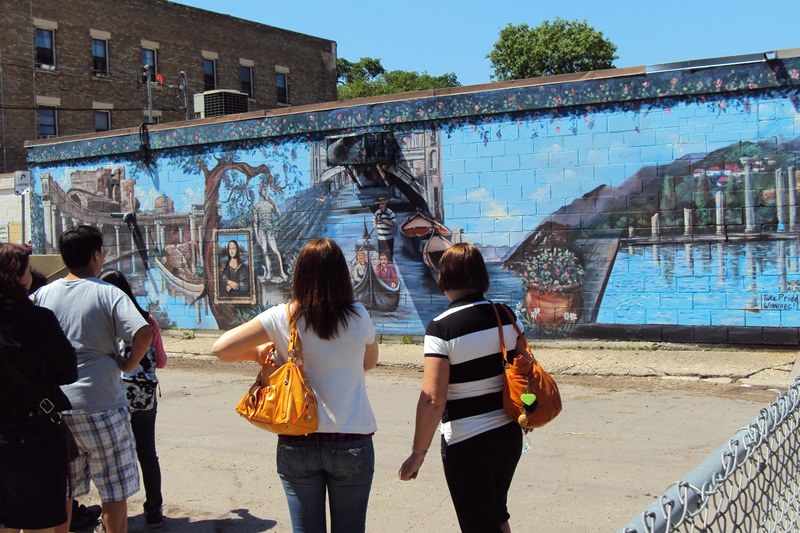 I knew the area’s BIZ was behind this decades old beautification project but there had to be more to it.

So, with that in mind, I packed up ‘Lil Peg and the Mister, and a few of our friends and signed us all up for a West End Mural Tour.

At $5 each (for the adults) and $2 per child (12 and under), this two-hour two is a steal of a deal. The BIZ custom-made our tour. We picked the day and time and they did the rest.

Melissa, our guide, led us around the neighbourhood on foot. (They also can hire a bus for groups with mobility issues.) 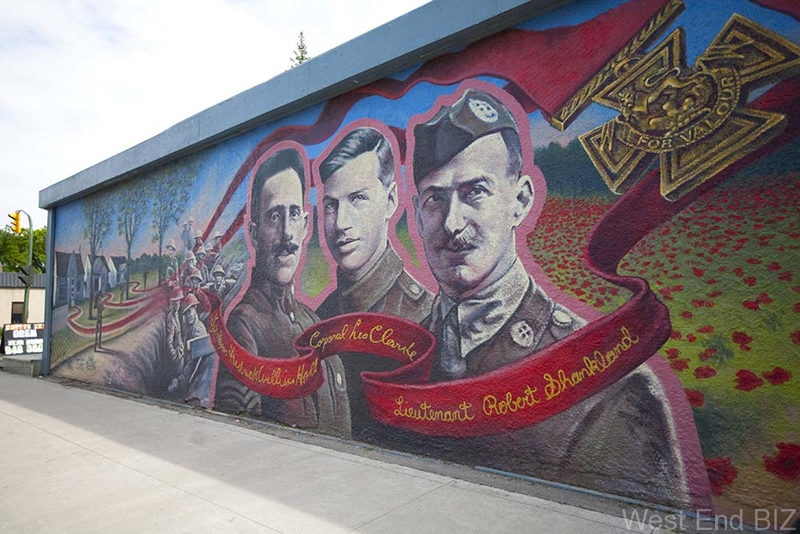 The bubbly 20-something was a font of information. The tour is a history, art and culture lesson, as well as an afternoon of exercise and fresh air. There are 50 or so murals that have been painted on walls dotting the neighbourhood. Each tells a story, Melissa tells us.

Along the way, we stop at the ’13 Months of Sunshine in Ethiopia’ mural on the side of Gohe, an Ethiopian restaurant on Sargent. The piece bursts with red, yellow, green (the colours of the flag) and depicts snap shots of life in that east Africa country. 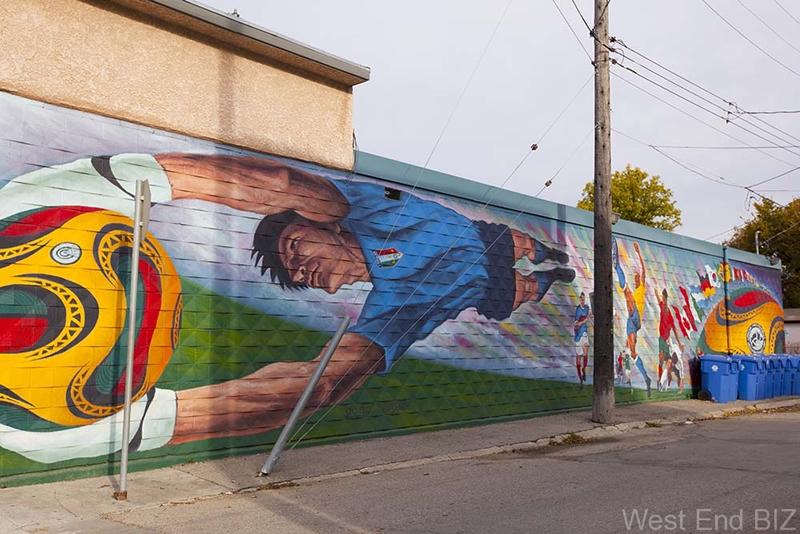 A few blocks over, we meet Bill Norrie, the 39th mayor of Winnipeg, via another jumbo mural in the area. The scene depicts Norrie—who helped bring The Forks to life among many other accomplishments— working tirelessly at his desk.

The massive mural is the history of hockey from kids playing shinny at their neighbourhood rink all the way up to the big leagues. The Winnipeg Falcons, the team that won Canada’s first gold medal in hockey at the 1920 Olympics in Antwerp, Belgium, are represented in paint. The original Winnipeg Jets, superstar Bobby Orr and the rebooted Jets are also pictured.

Our before we knew it, our tour was over. We were jazzed about our history lesson on foot. We don’t drive by a West End mural without remembering the story behind it.

And even today, ’Lil Peg is still talking about the Falcons.