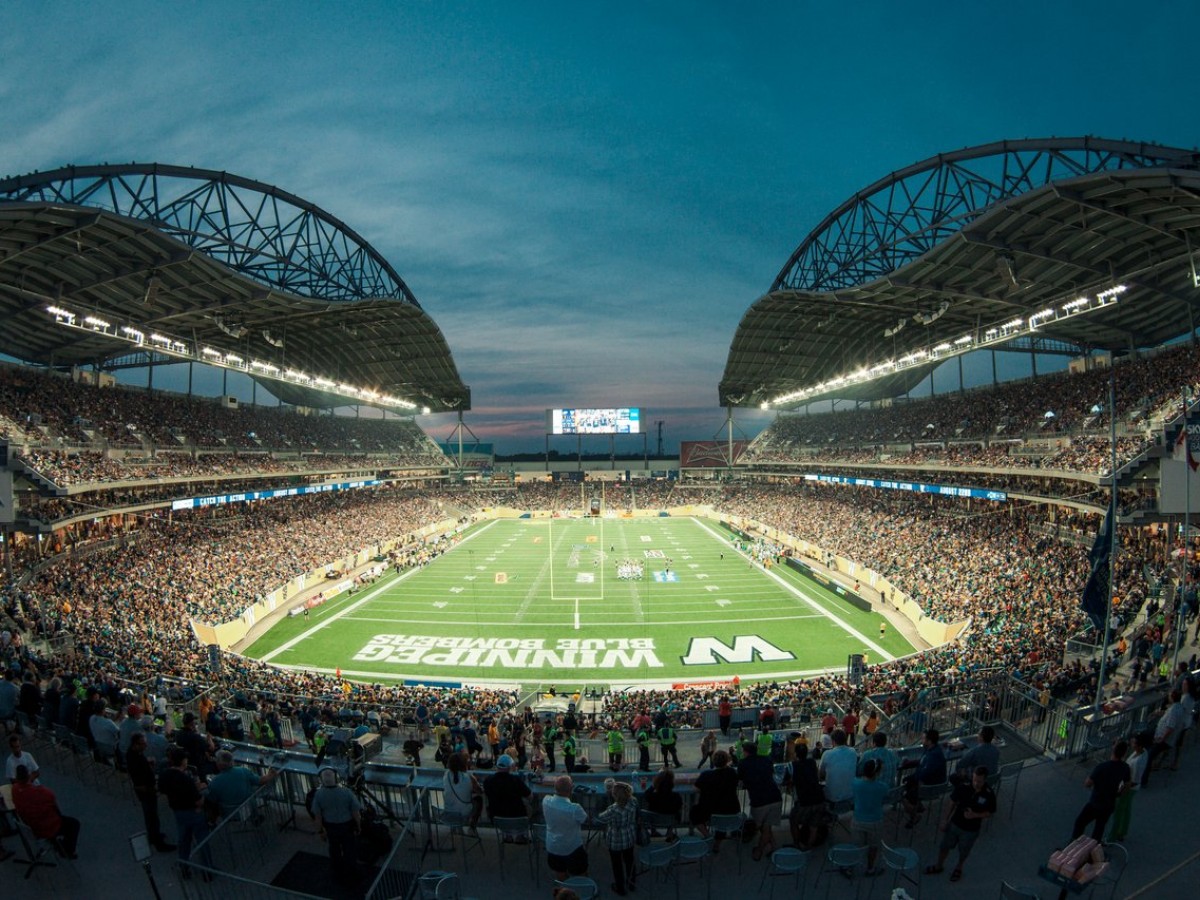 We’d like to extend a warm Winnipeg welcome to all the Cheeseheads and members of Raider Nation heading here for the NFL’s first foray on August 22.

Before you come to Winnipeg – a normally 12-man, three-down town where the field is bigger (we won’t get into the rouge) – there’s a few other things you should know before the first snap at IG Field.

On top of the game, there’s plenty on in the city that week, while our world-class attractions are ready to rock.

Plus, we bet that some beer will be drank – so why not make it local?

On that note, here’s a little primer on The Peg.

No, we’re not talking about your NFC North rivals, but rather our polar bears, which will swim right over your head at Assiniboine Park Zoo’s Journey to Churchill.

Even if you don’t have kids in tow, this place is a must-see. Our zoo has a number of bears that are the centrepiece of the award-winning Journey to Churchill exhibit, which is the world’s most comprehensive northern species exhibit. You can see them roaming around their massive 10-acre grounds from various points, including the Tundra Grill restaurant, while within the Sea Ice Passage you can almost get nose-to-nose with these majestic creatures, all of whom are orphaned bears that have been rescued from Canada’s Arctic.

Along with them, the Journey to Churchill also features seals, muskox, snowy owls, Arctic fox and more, while the zoo itself has an incredible array of animals and exhibits.

Assiniboine Park itself is pretty stunning too, with its massive English Garden, verdant tree-lined pathways (which you can explore on fun bikes that are available to rent onsite from Bee-2-Gether Bikes) and the Qualico Centre – which is a great spot for brunch while overlooking the parklands and duck pond.

Find it at The Forks

If you think Aaron Rogers has it all, just wait until you visit Winnipeg’s most-popular attraction.

The Forks, named due to its location at the confluence of the Red and Assiniboine Rivers, is like the pro-bowl of Winnipeg, with a starting lineup that includes shops, museums, natural beauty, tours, culinary delights and an atmosphere that is simply sublime.

For starters, its home to the Canadian Museum for Human Rights, the huge architectural marvel you can’t miss. Throughout its ever-climbing galleries you’ll encounter triumphant and heart-breaking exhibits that utilize artifacts and new media displays, while its pinnacle – The Tower of Hope, provides sweeping views of the whole city.

While you are here, it just so happens that it is the last week to witness  Mandela: Struggle for Freedom, a tremendous exhibit that details the life of one of the 20th century’s most influential figures.The Museum also features a fantastic farm-to-table restaurant called ERA that has a private patio with views of the surrounding prairie tall grasslands and the Esplanade Riel, our stylish pedestrian bridge.

From the Forks’ port you can take river tours of Winnipeg from Splash Dash, whose fleet of pontoon boats are captained by knowledgeable guides who will point out the city’s landmarks while regaling you with zesty tales on the region’s history.

More tours are available on land via the Winnipeg Trolley Company and you can also hop on the DOMO Trolley, which provides free rides that run from The Forks to Assiniboine Park, all while traveling through some of the city’s picturesque neighbourhoods. Parks Canada Winnipeg, which is also located at The Forks, also offers a guided walking tour of the area that details its 6,000-year history.

Within The Forks Market you’ll find food kiosks run by some of the city’s best food trucks and restaurants, the five-star Italian restaurant Passero and The Common – a large bar that offers 20 wines and 20 beers (with at least five locals) on tap, all available in pint, glass and flight format. And get this: the whole market is licensed, meaning you can go upstairs to shop, or walk all along the main floor with a glass of wine or beer in hand.

The Forks now also has a bar outside too, which is new for 2019. This second outdoor Common services a 250-seat patio, where the majority of the seats – be they bistro sets, picnic tables and Adirondack chairs – overlook the two rivers with plenty of shade provided by the numerous trees. This area is always happening, and it’s a great spot to meet locals while spending an afternoon.

Should you be looking for more local beer, check out one of our 15 breweries, which are located in neighbourhoods throughout the city. The majority of these have patios, while you can also book a Ale Trail Brewery Tour from the aforementioned Winnipeg Trolley Company or the Brews Cruise from Winnipeg Tasting Tours, which, as you can see on Trip Advisor, always receives rave reviews.

Winnipeg also has two distilleries, Capital K – which provides tours and a tasting room at 1680 Dublin Avenue (where you can also purchase bottles; their gin and vodka are so smooth) and Patent 5 – located right in handsome Exchange District replete with a bar that has a stellar craft cocktail program.

What’s on that week

We’d be remised not to mention a few other things that are on in the days before and after the game.

Hermetic Code Tours of the Manitoba Legislative Building are guaranteed to fascinate. The building itself is glorious – and it becomes even more enthralling as you quickly realize that it’s actually a temple to hermetic knowledge, one that is brimming with hieroglyphics, Olympians, sphinxes, and trippy numerology that all adds up to a night of architectural intrigue.

At the Manitoba Museum, whose Nonsuch exhibit always sets sails to people's imaginations, it will also be the second last week for the Body Worlds: Animal Inside Out exhibit, where you can see the inner workings of some of nature’s coolest creatures.

And finally, should you be looking to do some wagering, you can catch live horse racing at Assiniboia Downs, while both McPhillips Station Casino and Club Regent Event Centre have your gaming needs covered.

Book today and save!

If you are looking for accommodation look no further than our Summer Packages and Deals website. Here, you’ll find numerous discounts on hotels, along with packaged deals that combine excellent accommodation with some of our best attractions, spas, and shopping centres.

Tickets to the game itself can be purchased here.