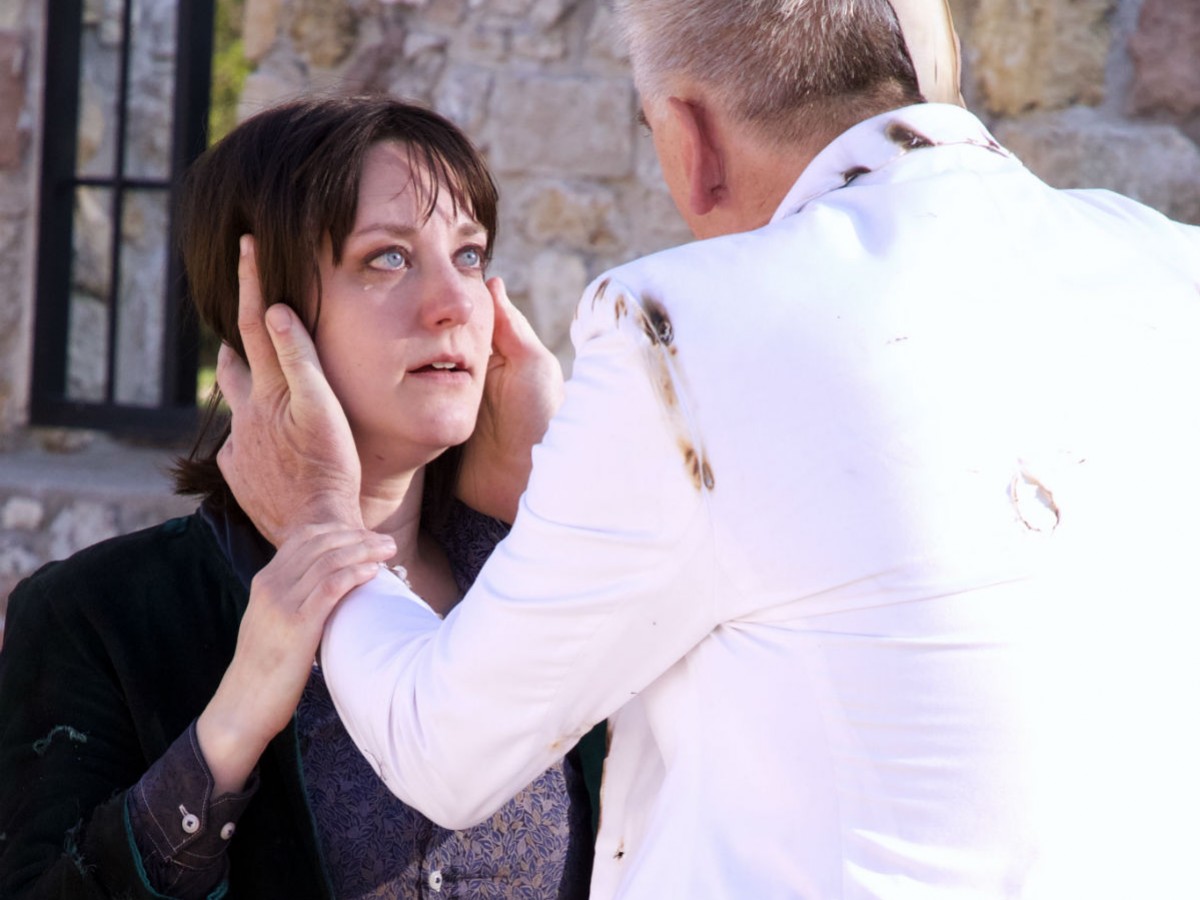 Review: Nothing rotten about SIR’s ‘Hamlet’

There are likely few people who aren’t at least somewhat aware of the story of Hamlet – the classic revenge tale featuring a brooding prince of Denmark, his murderous uncle and a whole cast of other doomed souls. With such a well-known tale theatre companies look for ways to keep the performance fresh and relevant, to tell the story a new way. With Hamlet, Winnipeg theatre fans can experience a fresh take on the classic thanks to some superb acting, and a stage and setting that is second to none.

The annual summer performance by  Shakespeare in the Ruins is a tradition for any Winnipeg theatre fan. More than just excellent theatre, it’s a celebration of summer thanks to the stunning natural scenery of the Trappist monastery ruins where the play is performed. And, thanks to the promenade-style performance where the audience physically moves between scenes, you really get to soak in all angles of this historical building throughout the evening.

The performance itself more than does justice to William Shakespeare’s script, thanks in large part to some inspired casting choices. In particular, the roles of Hamlet (Heather Russell-Smith) and Polonius (Melanie Whyte, whose character is renamed as Polonia) turn Hamlet’s traditional gender roles on their head. Having Hamlet’s character played by a woman puts an exciting twist on the character, and adds much to this performance.

Hamlet’s soliloquies are the stuff of legend for dramatic actors, and Russell-Smith does a masterful job with some of theatre’s most famous lines (“To be, or not to be...”). Another standout moment is Skye Brandon’s excellent monologue, delivered with enough emotion to make us feel for his take on villainous Claudius. The entire cast puts on a strong performance, giving the audience a great deal to mull over, while moments of pure comedy are spiked within scenes that definitely aren’t part of the original script, creating some unexpected laugh-out-loud moments.

Throughout the production the audience can truly sense how each character is just a few actions away from a full-blown decent into madness. Russell-Smith in particular rises to the occasion with her character’s mental state teetering on the edge for most of the play, while Reena Jolly’s Ophelia shatters before our very eyes, setting the stage for the bloodshed to come.

Updates to the traditional story include modern costumes, sending love letters digitally, the use of guns instead of swords, and a few modern expressions to help break up some of the play’s heavy dramatic tension. And without giving anything away, the play’s climactic duel between Hamlet and Laertes is given a unique and very fun refresh.

Some other modern and locally influenced additions include drum solos between scenes to help set the tone, a Peter Nygard visual gag, and the opening and closing lines of the performance spoken in Oji-Cree. All told, the artistic direction of Shakespeare in the Ruins has done an admirable job of updating Hamlet to make it relevant to day’s audience. Even people who aren’t normally fans of Shakespeare will find much to enjoy here.

The Trappist monastery serves as a magnificent set on its own, while what props do exist all drive the theme along that something’s just not right in this state of Denmark -- this includes graffitied furniture, frayed and burnt costumes, and torn Danish flags set against the walls of the monastery.

But of course, the best part of the set is the glorious Winnipeg summer weather the audience enjoys while taking in this production. Prairie sunsets and Shakespeare are a perfect match.

You don’t need to bring a chair when you make it to experience Hamlet, as they are provided. You may want to bring a blanket for when the sun goes down (although some are available to borrow). Dress for the weather, and make sure to pack a jacket in case the wind picks up.

Hamlet is on now at Trappist Monastery Provincial Heritage Park until to June 15. Tickets are available online here.