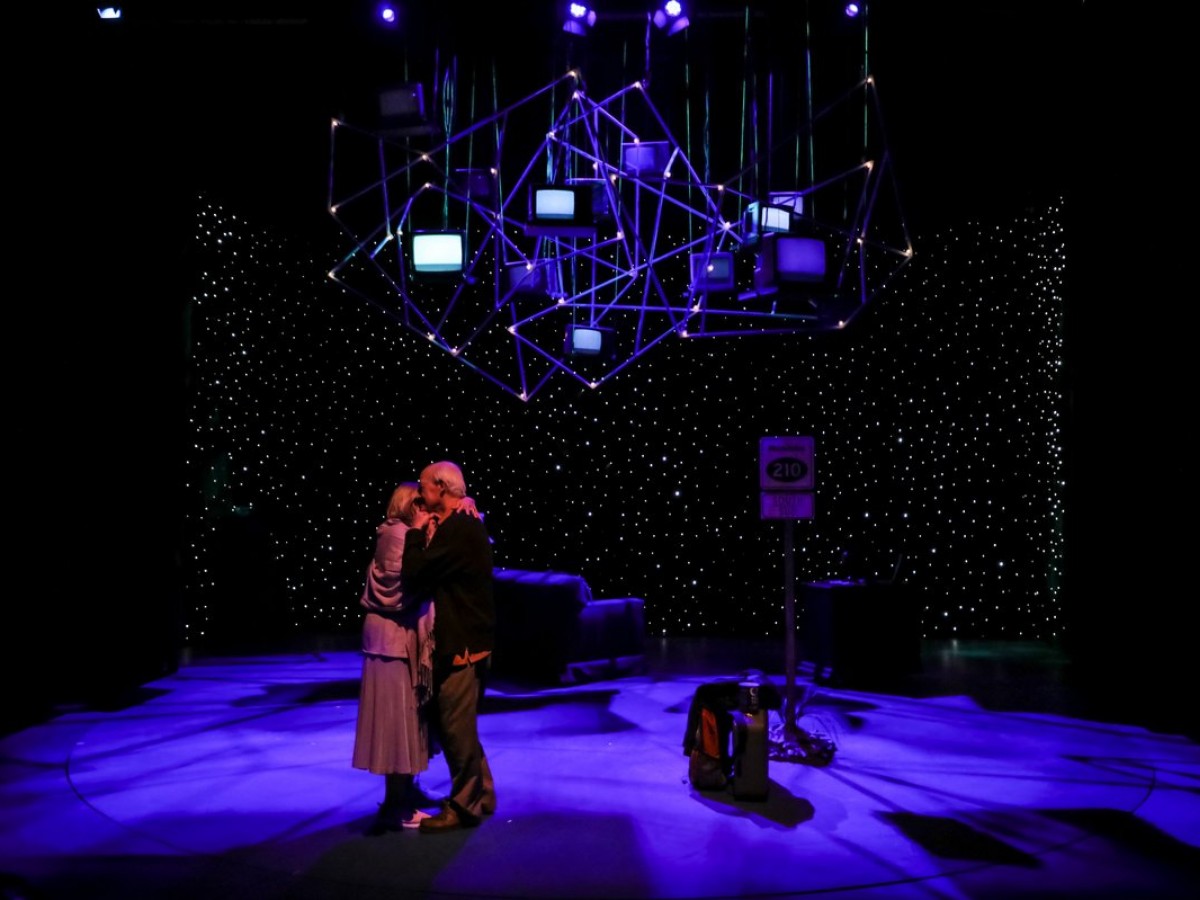 Review: live life to its fullest with What To Do With Albert?

How do you cope with living each day as a young soul in an aging body? If you’re one of the characters of What To Do With Albert?, running until April 28 at Prairie Theatre Exchange (PTE), there’s only one acceptable answer – stay young, no matter what.

It’s a recipe for some memorable hijinks, in a performance that flits expertly between comedy and drama thanks to the skillful writing of local playwright Danielle Séguin-Tétreault (and translated by Ginny Collins).

What To Do With Albert? is an extremely ambitious play, not least of all because it was written in French and performed at Winnipeg’s Théâtre Cercle Molière last month, then translated to English and re-performed on the Prairie Theatre Exchange (PTE) stage with the same cast and director. 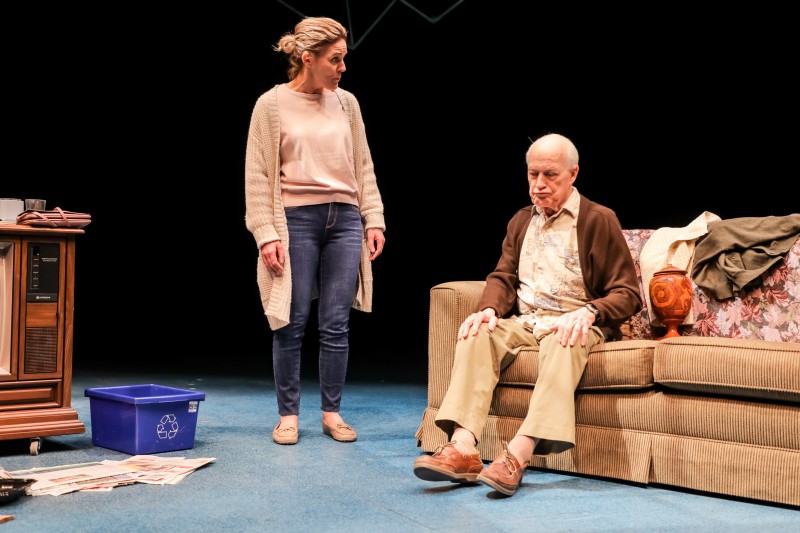 Performing the same play in two different languages is no mean feat, but the talented cast rises to the occasion. Winnipeg theatre fans who don’t typically attend French theatre may not be familiar with veteran actors Jacqueline Hogarth-Glen and Alphonse Tétrault, but they will be instantly drawn to this duo’s chemistry. André Vrignon-Tessier’s comedic timing is spot-on, delivering multiple laugh-out-loud moments. Alicia Johnston, whose theatrical talent is always evident, is the catalyst around which the play builds its emotional weight (although her comedy shines through in several scenes). A strong supporting cast includes Joanne Roberts and Jane Testar, who complete the diverse cast of characters.

While What To Do With Albert? is a comedy, the play’s themes maintain a serious tone. Most prevalent is the notion of loss –a catch-all emotion which touches on relationships, youth, self-worth, and more. There are weighty moments as characters onstage struggle with the inevitability of aging and death, with the audience getting misty-eyed in some scenes on opening night. 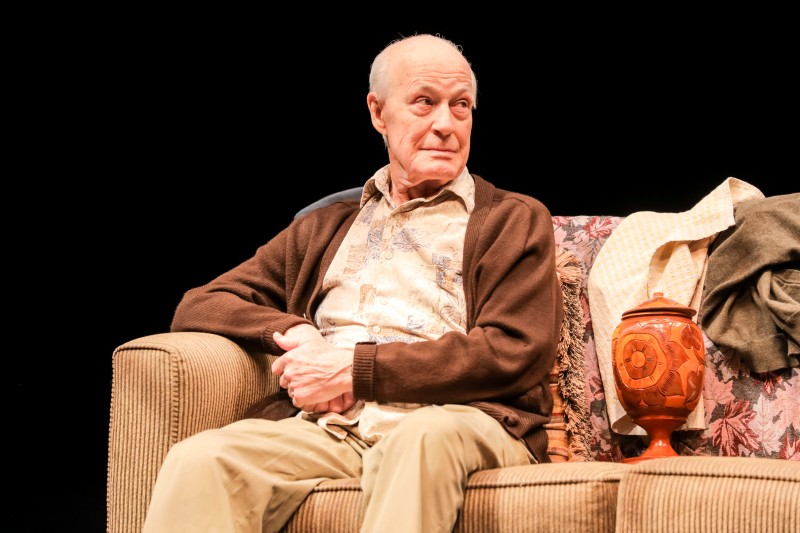 The play holds true to its Francophone roots, with Albert and his family making several callbacks to Franco-Manitoban cultures and traditions, adding another layer of nostalgia for audience members with shared experiences. As someone sitting in the audience, it’s not at all difficult to find a mirror within one of the characters that reflects your own personality – which helps What To Do With Albert? become even more personal, and closely intertwines your own emotions with those of the characters.

PTE’s intimate stage is used to full effect, thanks to  video clips which help to keep a sharp pace between scenes. The lighting is used to imbue nostalgia, particularly in the scene-stealing moments of intimacy between Hogarth-Glen and Tétrault.

Although written to spark the emotions of an older audience, the life stories shared onstage in What To Do With Albert? will resonate with audiences of all ages.

Theatre-goers heading to PTE for this final mainstage performance of the season should take a few extra moments to stop by the lobby to subscribe to the 2019/20 season, the first season selected by artistic director Thomas Morgan Jones. A focus on Indigenous works, local playwrights, and some cross-medium performances make for an incredible highlight reel of upcoming shows. Art-lovers will have no problem finding some enticing performances in the season preview, preparing us for another strong season at one of Winnipeg’s best-loved theatre companies.