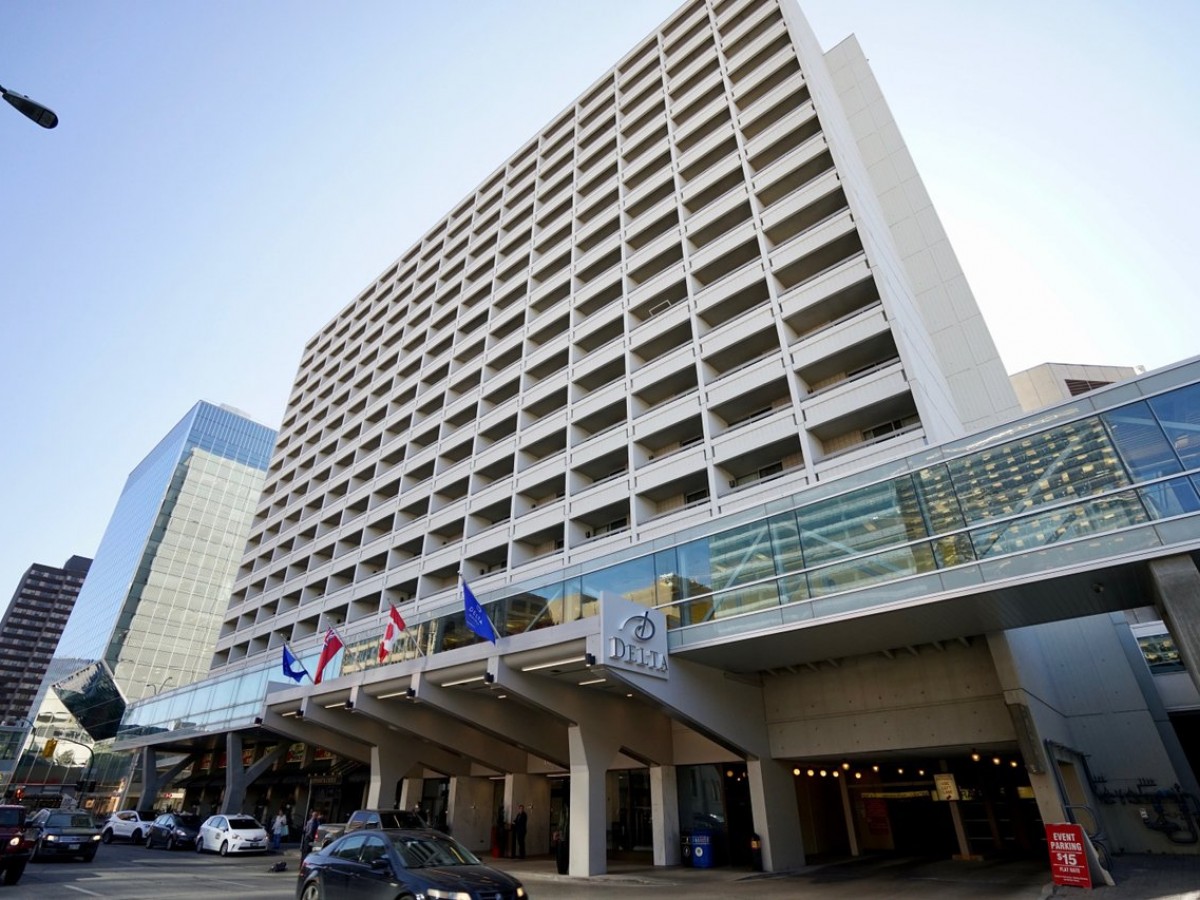 Five Marriott International Hotels to discover this spring in Winnipeg

Marriott? More like “Marry Me!” Because these properties and deals are so good you’ll surely want to say “I do.”

All cheesy ledes aside, if you are looking for a great stay in almost any area in the city Marriott International has you covered, whether it’s with Delta Hotels Winnipeg, Four Points by Sheraton Winnipeg South, Fairfield Inn & Suites Winnipeg, Residence Inn by Marriott Winnipeg, or Courtyard by Marriott  Winnipeg Airport.

Here’s the low down, noting that all these properties are currently offering up to 20 per cent off your stay until May 31!

Winnipeg’s largest four-star property has one peach of a location, located right in the middle of downtown’s Sports, Hospitality and Entertainment District (SHED), connected via skywalk to both the RBC Convention Centre Winnipeg and Bell MTS Place. That central distinction will come in handy as the Jets will (soon) begin their push through the playoffs, or if you are staying for an upcoming show at the arena, like Fleetwood Mac (April 11), Michael Bublé (April 19) or Stars on Ice (May 8).

Even if you are not staying with the Delta Winnipeg or you are a local, the hotel’s Blaze Restaurant and Lounge is the perfect place for a gourmet burger and local beer before or after a game or concert, while the whole menu is brimming with locally sourced Canadiana cuisine (we’re fans of the Arctic char with Saskatoon berry sauce), with a brunch menu that is always banging too.

The hotel itself also has lavish amenities, like the sun light-bathed Odyssey Pool Area (featuring both an indoor pool and whirlpool), as well as free Wi-Fi, ergonomic work spaces and heated floors in the bathrooms of all the sunlit guest rooms – the majority of which feature private balconies. In fact, the whole property has recently been remodelled in the last few years, with chic public spaces and rooms that are set to impress. (It goes without saying that their 2018 Trip Advisor Certificate of Excellence was easily earned).

Get ready to bathe in space with some of the biggest rooms in the city. Fairfield Inn & Suites' capacious guest rooms all feature a mini fridge, microwave, plush bedding and more… but good luck trying to keep your kids in them for long when the Fairfield’s indoor waterpark beckons with its waterslide, pool and whirlpool. You’ll also find a well-equipped 24-hour fitness centre, free breakfast buffet featuring plenty of hot fare, while the whole property boasts a 93 per cent recommendation rating.

Along with all the aforementioned amenities that Winnipeg’s airport area/brewery district has on offer – including being just a five minute walk from CF Polo Park – you are also just a short drive from the majority of Winnipeg’s major attractions, including Assiniboine Park Zoo and The Forks, while the West End’s countless excellent ethnic eateries are right at your doorstep.

Located right beside Fairfield Inn & Suites, and thus sharing the indoor waterpark amenities (woot woot!), is the brand new Residence Inn by Marriott Winnipeg. This place is an absolute peach for the whole family, featuring complimentary breakfast buffet that will make your regular continental breakfast seem pedestrian (#waffles), and sparkling and spacious rooms which you'll be one of the first-ever customers to enjoy (just check out those pictures!) featuring flat screen TVs, comfortable furnishings and well equipped kitchenettes.

Public amenities include a large outdoor area with plush furnishings and fireplaces, and Lounge204 – where you can get a great meal and craft cocktails.

Just over three years old now, the sleek, chic Courtyard by Marriott has some of our favourite guest rooms in the city – with really cool wallpaper behind the beds, huge walk-in glass showers, stylish, comfortable furnishing, and views that are ideal for aviation enthusiasts. The common areas of this hotel are so cool too, with ample lounge spaces connected to The Bistro – which does handcrafted cocktails too, an outdoor patio, and a fitness room that overlooks the runway. Plus, each guest room contains flat screen TVs, and free high speed WiFi. It’s little wonder that the property has a 98 per cent guest recommendation rating.

The property is just steps from the airport, and just minutes from all the airport area’s attractions, including CF Polo Park.

In the south of the city, located just minutes from the University of Manitoba campus and its Investors Group Field – home of both the CFL Winnipeg Blue Bombers and Valour FC, Winnipeg’s brand-new pro soccer team – is where you’ll find Four Points by Sheraton Winnipeg South. This property features an indoor salt water swimming pool, hot tub, and fitness centre, along with free WiFi, a business centre and the jazzy Park Avenue Restaurant and Broadway Lounge.