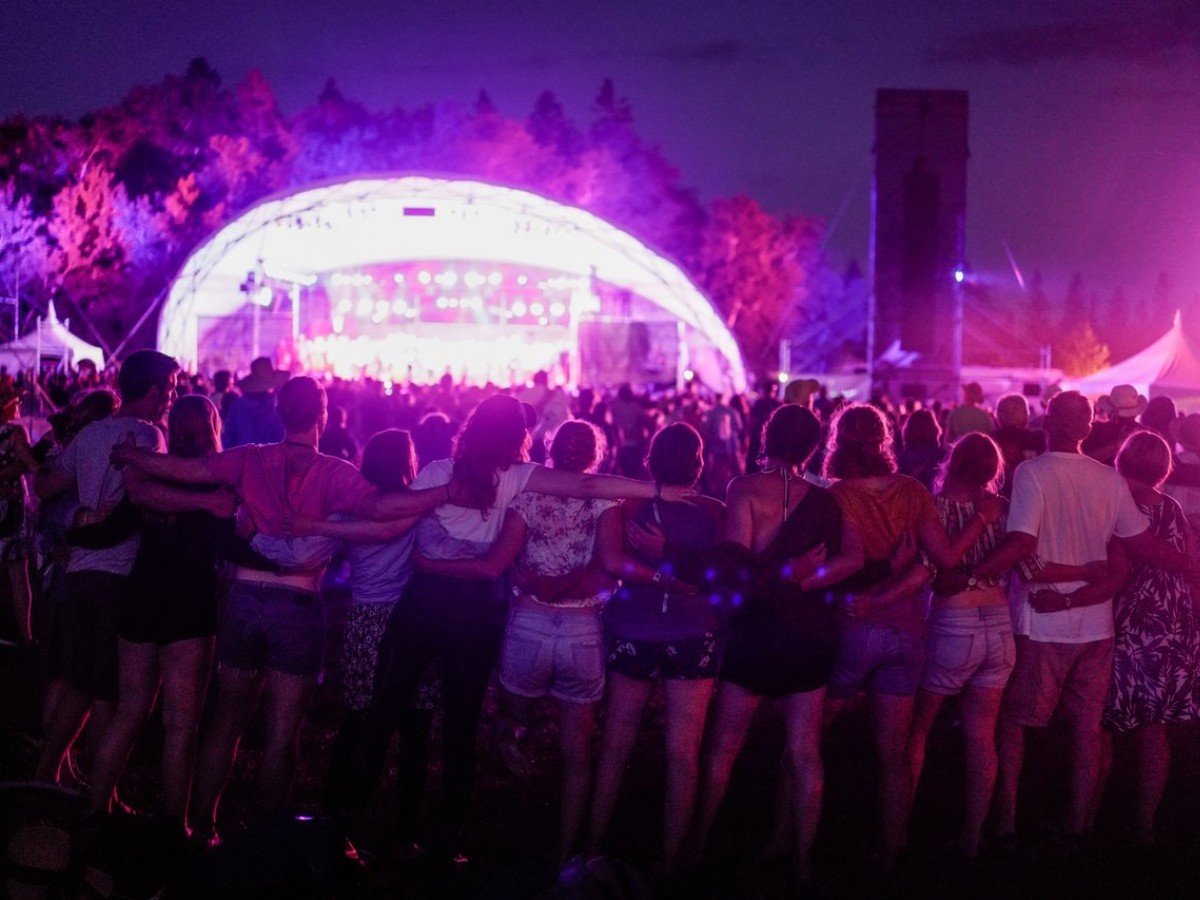 An audio-visual guide to the 2019 Winnipeg Folk Festival

Get your tickets today for the Folk Fest, which runs from July 11 to 14

Last week to much fanfare, and live performance by the always excellent William Prince (who will of course be playing this year), the Winnipeg Folk Festival announced their 2019 lineup – and yes, yes, y'all, it is mint.

For starters, there’s perhaps the biggest name in country right now, Kacey Musgraves, who just took home a whole a cabinet full of Grammys, along with Death Cab for Cutie (Transatlanticism is a masterpiece and all of Ben Gibbard’s side projects are gold), Jason Mraz (#stud), Hawksley Workman (one of the all time great showmen, and boy can he play the drums too), and Alvvays (who are always on our mind, along with in our “Dreams Tonite” – yes, that was a great joke too).

On top of these, there is a slew of indie, folkie, funky, and worldly talent that our staff just can’t get enough of these days on our playlists. So on that note, we’ve compiled what is now an annual Tourism Winnipeg staff picks playlist for you (utilizing fun #FolkFestHappy pseudonyms), to get you excited for the big festival, which takes place in Birds Hill Park from July 11 to 14 (tickets here).

For starters, we are singling out Mt. Joy, and more specifically Jackie Miclau, the female keyboardist amongst four dudes in the five-piece indie rock band. I saw them perform at Voodoo Festival in New Orleans last year and they kicked bum cheeks. It’s impossible to listen to “Silver Lining,” which was apparently written in reaction to the drug-related deaths in the lead singer’s hometown, without feeling all the feelings.

Another choice would be Snail Mail, because Lindsey Jordan is only twenty but really rocks out. Her Audiotree Live session is fantastic while everyone is loving ‘Pristine’, particularly The New York Times, who writes, “the singer and guitarist Lindsey Jordan has a high school diploma, an emotional intelligence well beyond her years and a chance to push herself out on a bigger stage.” Plus, she just seems really cool and we should probably hang.

Anytime you get the chance to see K’Naan, you take it. Troubadour is a phenomenal album, and K’Naan’s personal story and lyrics are absolutely entrancing. You’d be hard pressed to find a bigger heartbreaker than “Fatima,” a song which is such a juxtaposition because the melody is so serene while the story is so devastating.

My obsession with all things Julia Jacklin started when I stumbled across her covering The Strokes’ “Someday,” for Australian radio station triple j’s “Like a Version” (which is also the best name for a cover track session). I since picked up this Aussie’s first album, Don’t Let the Kids Win which is just peachy – along with being a great album to write to. Her follow up, Crushing, just came out in last month and it indeed crushes it, particularly single “Pressure to Party” which will see me dancing in the grass at Folk Fest, while this slow jam, “Don’t Know How to Keep Loving You,” is a study in how beautiful restraint can sound. That voice... sweet mercy! And those lines, particularly, “I want your mother/To stay friends with mine,” get out of here... she’s just in top form. Plus, as you’ll see above, she can make a turtle neck look legit – which is actually impossible.

-Phil Houslee (not to be confused with Phil Housley)

Bass and percussion enthusiasts are going to be blown away by Tal National – actually, who are we kidding, bass and percussion enthusiasts should already know well this band from Niger’s catalogue. As Pitchfork* states, “Tal National are, first and foremost, a live band. They are the  ouragan that they sing of – a thing hardly containable in the space of mere megabytes,” which is a pretty good preview of all the energy you are going to experience seeing them on stage this summer at Birds Hill. Just treat yourself to their KEXP performance above; it’s simply sublime.

Another artist that we have to give a shout-out to CBC Radio 2 for helping us find is Samantha Crain. She’s a Choctaw-American songwriter from Oklahoma and her song “Oh Dear Louis” is our official let’s get to work jam. It’s just so damn peppy that we can’t get enough.

Even though Kacey Musgraves doesn’t need any additional hype, we had to end this article with this live version of “Butterflies” from Japan. Damn, what a track; what a talent.

*Normally, we are not ones to reference Pitchfork, namely because of this line from their review of Fleet Foxes’ Sun Giant EP, "“Mykonos" doesn't travel as far as its title suggests, but thrives on the tension between Pecknold's wordless vocal intro and the band's intricate harmonies.” – like, was Robin to pick up the bouzouki and smash some plates to bring us to the Aegean? Ridiculous.