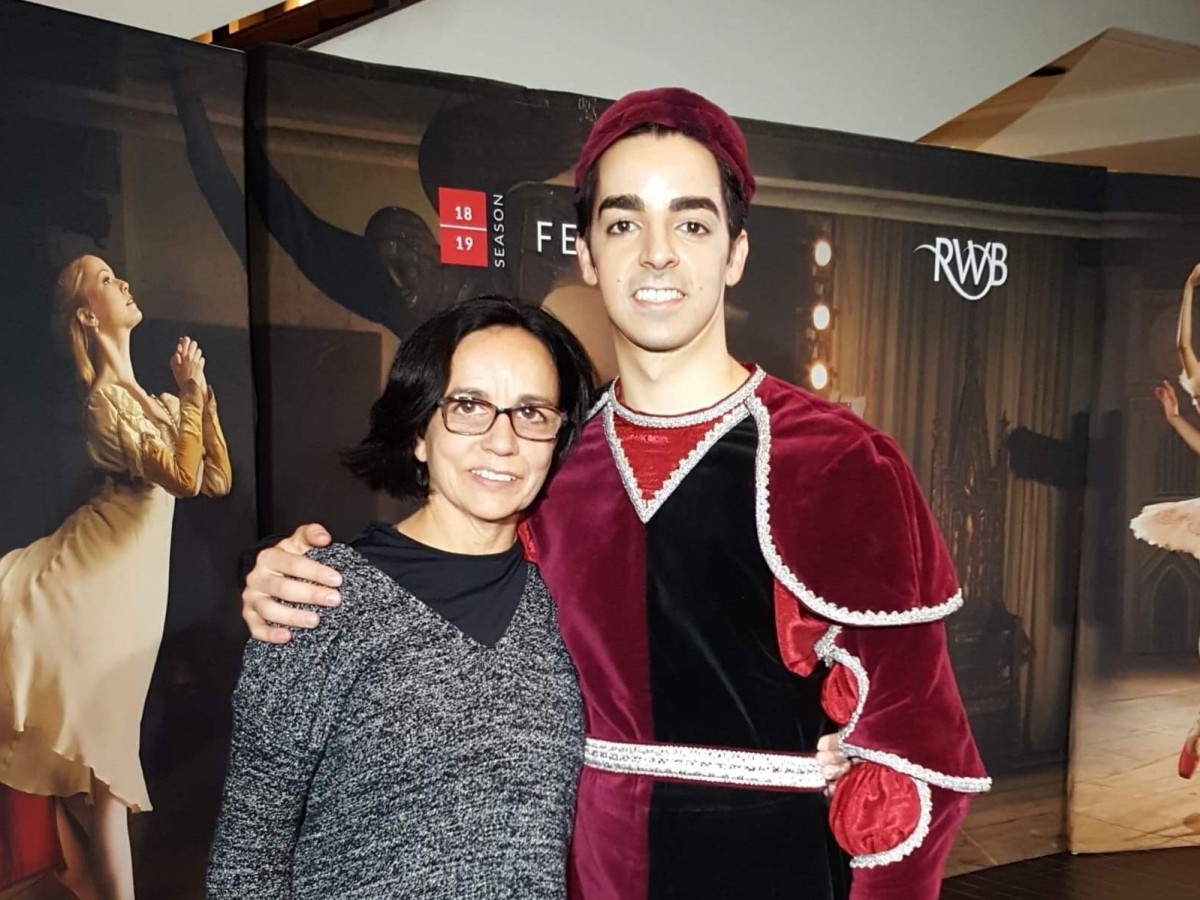 Zea Azulay and her son Stephan. Photo by Stephan Azulay.

An Only In The Peg guest post from a resident of Sydney, Australia

My first taste of Winnipeg started in Toronto. It had already been a long trip from Sydney, and the final leg of my trip was now delayed. I made a friend in the airport lounge who lived in Winnipeg, who turned out to be my seatmate on the plane. We got in late, and she offered to give me a ride to my son’s home.

I had heard about Canadian friendliness before, and it was a fitting introduction to my next few weeks in the city.

This was to be my first trip to Canada – I’ve lived throughout Europe and have spent many years calling Australia my home, and knew I wanted to make the trip. I had good motives to travel, since my son Stephan moved to Winnipeg a few years ago, joining the  Royal Winnipeg Ballet as a dancer.

In January, he called me with exciting news: he had been cast as Romeo in the RWB’s Romeo & Juliet. Naturally, I did what any mother would do… I immediately went to my boss to request a few weeks off, and booked my plane ticket to Winnipeg that very day.

It’s a long flight from Sydney, Australia to Winnipeg. It's especially daunting to go from record-setting heat waves to a prairie Canadian winter. Luckily, Stephan was able to borrow a few coats and boots for me to use during my stay. What’s the fun in flying North if you can’t enjoy all the winter activities? Ice skating isn’t exactly common in Australia (I never did try strapping on skates this trip… maybe next time), and Winnipeg has so much to explore in February.

While the RWB was busy with rehearsals, I got to explore some of the city on my own. One of my first stops was the  Canadian Museum for Human Rights, where I stayed for nearly four hours. The building’s architecture, and the stories the galleries told left such an impression with me. It was quite something to not only take in these powerful exhibits, but to see how many people were coming in to learn the history of human rights. I could have spent much longer at the CMHR, and I did pick up a few souvenirs at the gift shop to take home with me.

Before I knew it, it was time for the ballet performances, which was such a treat. There’s an incredible standard of dance in Winnipeg, and I could see the personalities of each dancer come through during their performances. Taking in one of the classical repertoire ballets is always special, but to watch my son perform as a member of this outstanding dance company was something I won’t soon forget.

There is so much to learn about Winnipeg, which is why I am grateful to have visited the  Manitoba Museum to discover more about the history of the city and province. I was in awe of the Nonsuch exhibit – to walk the deck of such an impressive ship really spoke to the history of Manitoba. I even got a chance to take in the starry night sky, from a comfortable (and warm!) seat in the Planetarium. 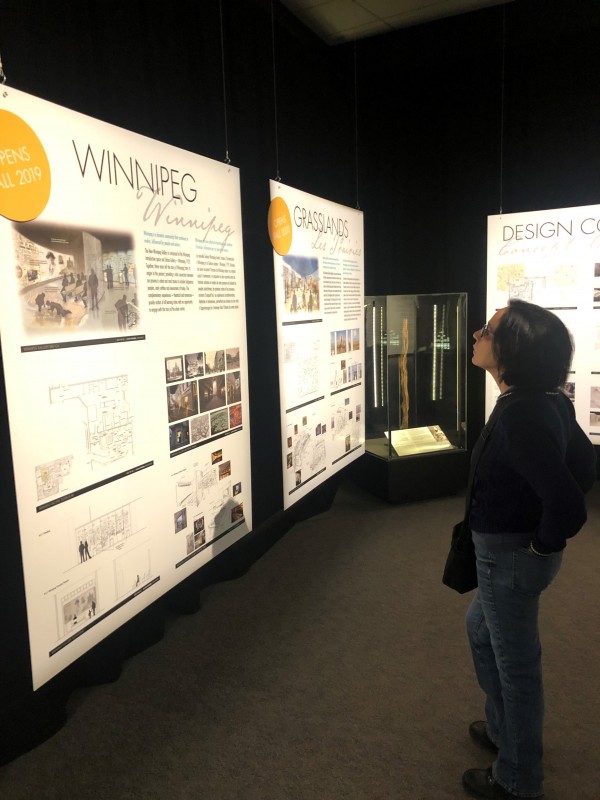 Zea at the Manitoba Museum. Photo by Stephan Azulay.

Of course, I was told that to really experience Winnipeg I had to get outside. And what better way to soak it all in than at  Thermëa spa? My friends back home may raise an eyebrow when I tell them I walked outside in my bathing suit to a cold water pool in February, but they don’t know what they’re missing. Stephan and I took full advantage of each of the saunas and quiet rooms to decompress after a few jam-packed days.

You can’t end such a wonderful trip without taking some souvenirs back with you, and I found some delights in the Exchange District. A day of shopping took me to  Lot.15 and Made by Josephine, where I got to meet some local artisans. Another shop filled with mementos is  Tiny Feast, where I found unique, creative prints that I can't wait to hang on my wall at home. 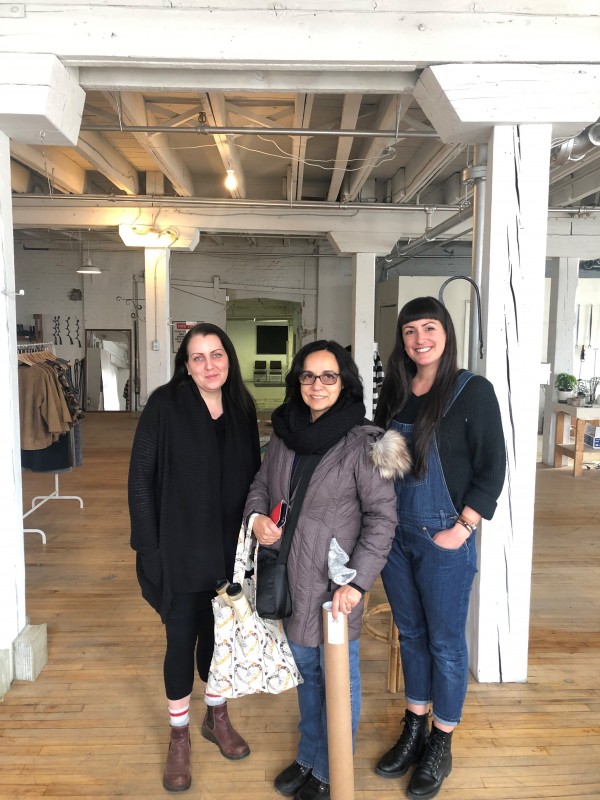 Zea, centre, with Lynne from Lot.15 (L), and Stephanie from Made by Josephine (R). Photo by Stephan Azulay.

My first visit to Winnipeg was an absolute treasure. Thank you to the entire city, including many new friends I’ve made, for being such incredible hosts and welcoming me with open arms. I’m already looking forward to my next visit.