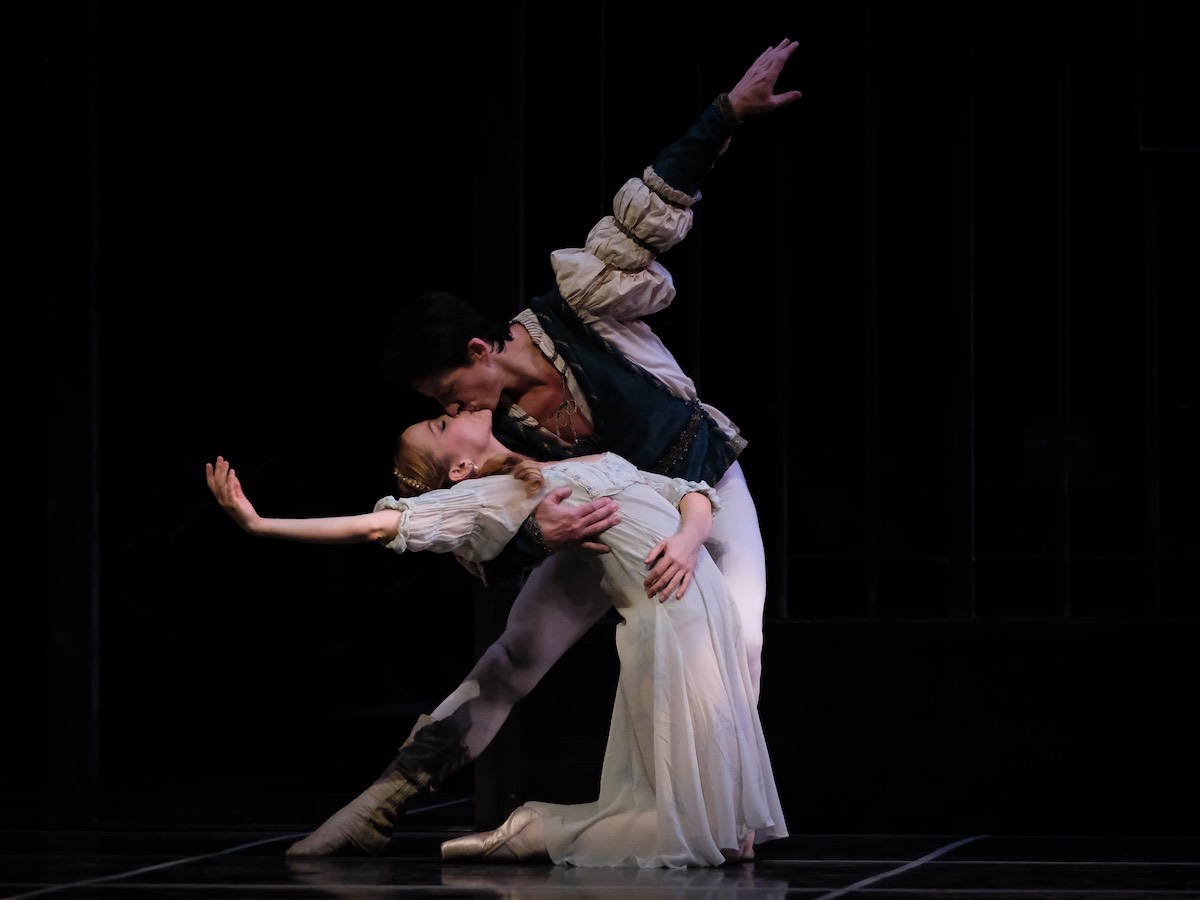 Review: love is in the air at the RWB’s Romeo & Juliet

“Thus with a kiss I die” is one of the greatest love lines in history, made famous by one of the most famous couples of all time – Romeo of the House of Montague, and Juliet of the Capulet family. Telling such a time-honoured story demands talent of the highest quality. Luckily, in Winnipeg we have the Royal Winnipeg Ballet, who has brought the electrifying lovesick passion of Romeo & Juliet to the Centennial Concert Hall in a can’t-miss production. If you want to see passionate, heart-aching love this Valentine’s Day, there’s no better way than picking up some tickets to this ballet.

Not much can be said about Romeo & Juliet that hasn’t been etched on lovers’ hearts for centuries – everyone knows the story, and there are no spoilers to give away here (don’t come expecting a happy ending). It’s in the chemistry between these two characters (and their friends and family) where you find the face of true love, which is beautifully expressed in RWB’s epic production.

RWB’s principal performers are world-renowned for a reason. On opening night, Dmitri Dovgoselets and Elizabeth Lamont embodied the eponymous roles, and their chemistry was immediate and entrancing. You could see the sparks flying as the lovers met for the first time, and the pangs of new love when they finally locked eyes. It’s impossible to not be emotionally invested in these star-cross’d lovers as they live through their story of woe, arm-in-arm towards that final sorrow. 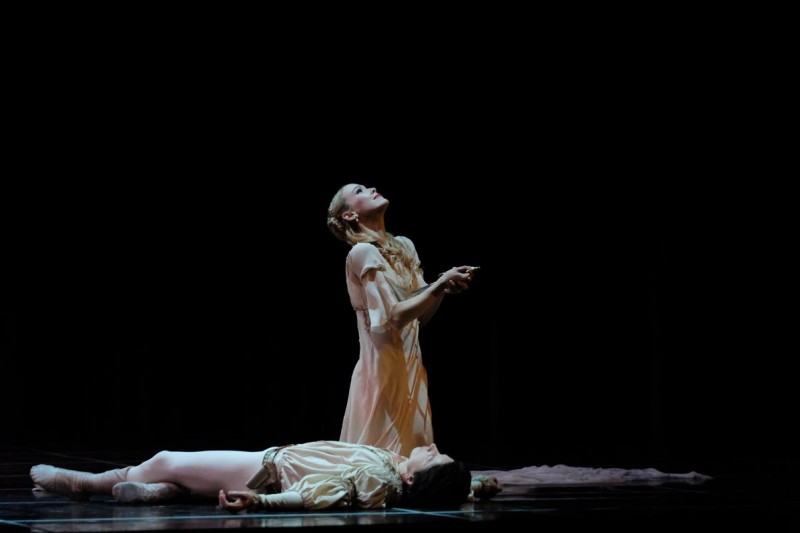 There is more action on-stage than you can bite your thumb at. An impressive cast size sucks in the audience from the opening movements. There’s just so much to see at all moments, with action taking place all across the stage. The choreography is astoundingly good, ranging from physical comedy to electrifying passion at the drop of a hat. You will be entertained by the brashness of Romeo’s friends (in particular Yosuke Mino, who brings an engagingly cavalier attitude to Mercutio), and feel the dread when Tybalt draws his sword, played with malevolence by Peter Lancksweerdt. Sarah Davey brought some much-needed levity in the role of Juliet’s nurse, sometimes needed to break the intensity between scenes.

These violent delights have violent ends, with swashbuckling swordfights throughout the first two acts – including an intense choreography at the end of Act II. When Tybalt and Mercutio cross swords, you can feel the dramatic tension in the room rise palpably. By the time the act ended, the audience was on the edge of their seats with dramatic tension so thick you’d need one of the character’s epées to cut through it all. On opening night, someone actually applauded at Tybalt’s death – a delightful (if unorthodox) testament to the audience’s emotional investment.

An unending ovation should also be given to Catherine Wreford-Ledlow and Craig Ramsay, both of Broadway fame and making their RWB homecoming as Lord and Lady Capulet. To see them on the stage lending their dramatic expertise further elevates this already tremendous production. You will feel the rage of these parents as their daughter pursues an ill-fated love with Romeo, and their heartbreak when they discover Juliet’s body, with a funeral scene that brought many in the audience to tears. To wordlessly display the full emotional gamut of this tragedy is a testament to these performers’ star power, which helps the rest of the cast shine even brighter.

"I want my kids to say, ‘Omigosh, Mom had brain cancer when she did this show and how cool is that. She didn’t let anything stop her'," -Catherine Wreford . Holly Harris from the Winnipeg Free Press sat down to chat with Catherine Wreford and Craig Ramsay about their incredible friendship, Catherine's heartbreaking diagnosis, and what performing in RWB's Romeo & Juliet means to them. To read the article check out the link in our bio. . Catherine Wreford and Craig Ramsay - Photo by Ruth Bonneville, courtesy of the Winnipeg Free Press

Rudi van Dantzig’s passionate production is well-served by the extraordinary Winnipeg Symphony Orchestra, with soaring violins and rousing brass heightening the emotions of the piece and lifting the dancers to even greater heights. It’s a treat to see the interplay between musicians and dancers work to such great effect, adding a new layer of depth to each dancer’s performance.

The set and costumes are stunning, adding to the emotional depth of the performers. The final scene at the Tomb of the Capulets is particularly affecting, with a powerful use of lighting and shadows to further highlight the cast’s grief. The RWB’s production team has pulled out all the stops in creating a fully immersive stage, which will delight patrons of all ages. 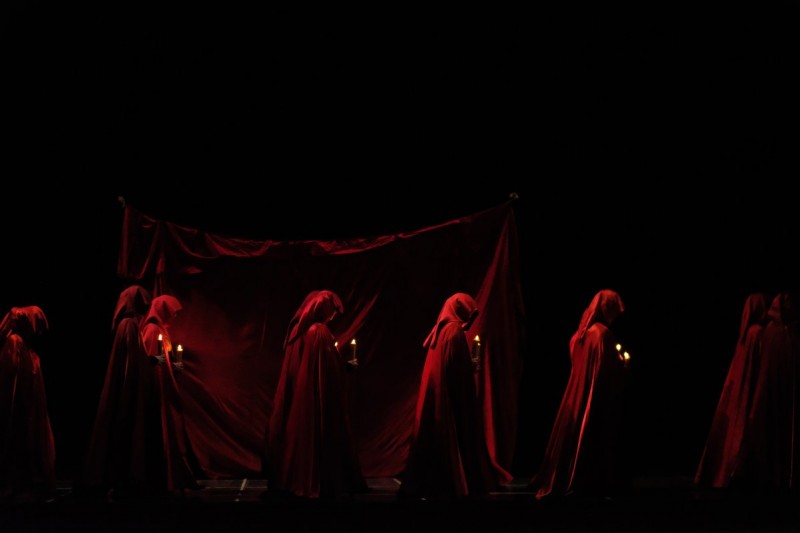 RWB patrons will be able to complete their night at the ballet with a multitude of pre-show, intermission, and post-show activities including a photo booth (with crowns and Venetian masks), fencing demonstrations, pre-show chats, a post-show meet-and-greet with the dancers on February 15 and free backstage tours after the shows on February 14 and 16.

Parting may be such sweet sorrow as the final curtain falls, but you can still experience Romeo & Juliet until February 17. Tickets available now at rwb.org.