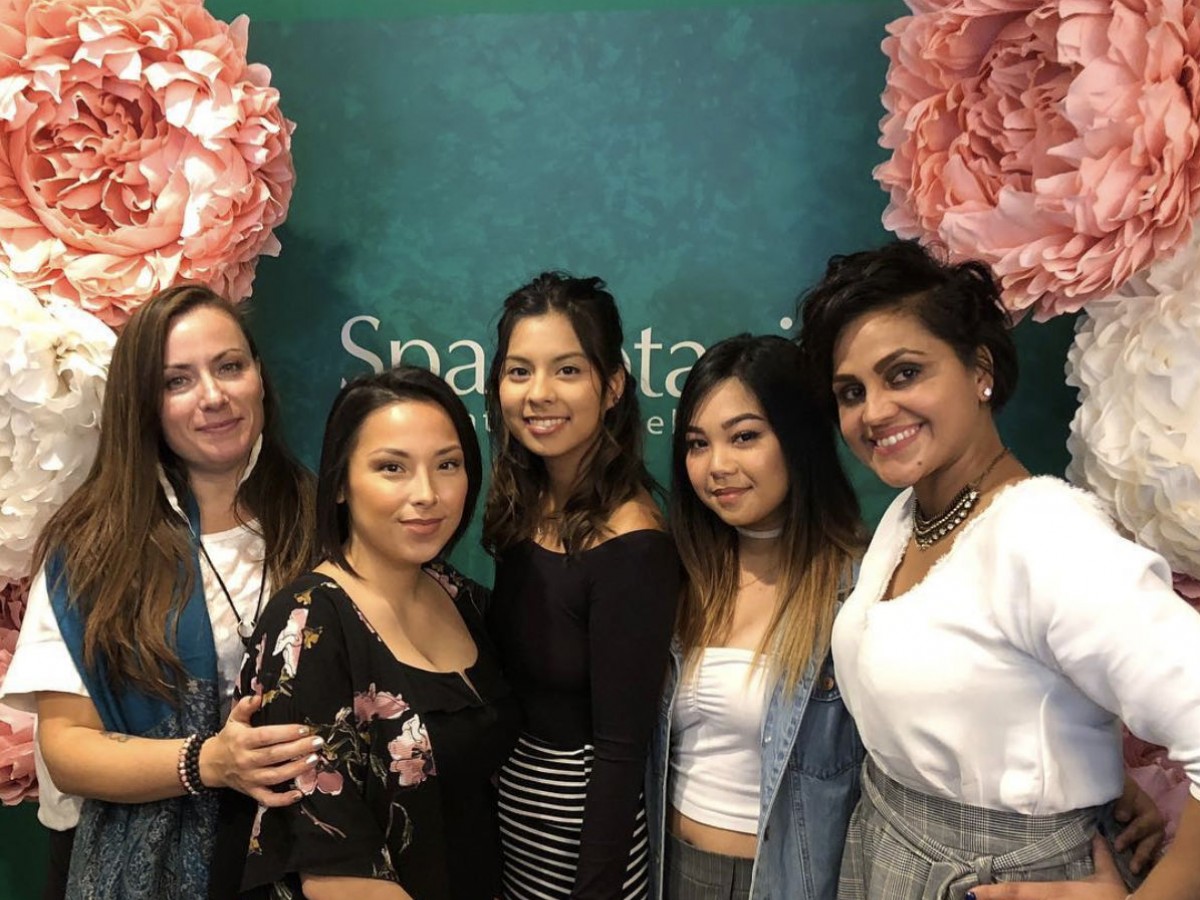 If you are looking for a fabulous little Winnipeg spa where the story is as heartwarming as the service, look no further than River Heights’ Spa Botanica.

The spa celebrated five years on October 15, while co-owner and operator Harman Dhaliwal just won an award at the 26th annual Women Entrepreneur of the Year awards on October 18.

But it hasn’t all been awards and milestones for Harman Dhaliwal and her business partner/fellow esthetician Gabrielle Zoppa.

Sneak peek of our fun photo shoot yesterday @shelmerdinestyle and thank you @eyeonspaces for doing this photo shoot for us !!! Thank you so much for letting us use your facility!!! #winnipegspa #photoshoot #ourfamily #spabotanica #spa #fun #womanpower #beautifulspot

Just seven years ago Harman had her own spa in her home city of Ludhiana, the largest metropolitan centre in India’s Punjab region. During this time she divorced and became a single mother, something that held a stigma in India.

“Being a single mother in India wasn’t the best thing,” said Harman, who has since remarried in Winnipeg. “People there can be weird about that, so my parents worried. They thought that I should try and apply to move to Canada [where she has cousins].”

After being sponsored by family members in Canada, Harman and her daugther’s move here was successful. But, now she had to start all over again, working odd jobs before getting back into being an esthetician at Strada Personal Spa, where she would meet her future business partner Gabrielle.

“The first year was so hard, we barely had food in our fridge so we used a food bank a lot,” said Harman, about how she and her daughter were relying on Winnipeg Harvest when they first came to Winnipeg.

“So now,” said Harman, pointing out a Winnipeg Harvest bin placed near the front desk, “we are doing well, so we have decided to place a bin here… and this will always be with us. They just helped us so much that first year.”

Even once loans were secured and Spa Botanica was opened, the two entrepreneurs struggled to establish a client base and get their business to a sustainable level, almost closing in year two.

Aside from being young mothers, Harman and Gabrielle also shared a passion for Indian spa techniques, with Harman in fact crediting Gabrielle – who is from Winnipeg but whose other experience includes high-end spas in British Columbia – with influencing so many of the Indian practices that they offer at the spa.

A great deal of Spa Botanica’s masks and scrubs are composed onsite adhering to Ayurveda guidelines, utilizing ingredients like turmeric, sandalwood, clay and cucumbers – all according to your skin type.

On top of that, Spa Botanica has some of the most competitive prices in the city.

“We are a boutique-style spa and are very personable,” said Harman.

“For us, when someone walks in that means a lot to us, and we want to give them our all. It’s been a long journey, and money has been a hard part, so it really means a lot when anyone spends a dollar here, so I really want to make sure they get that dollar value.”

They also do body wraps, a number of massages, pedicures and the like, while the most-popular offering is to do a girl’s night, whereby the spa will close for a private event and bring in appetizers from their neighbouring businesses like Caked with Love, Greek Market or Bonfire Bistro.  For just $55 per person (groups of four or more) you get this, along with a mani/pedi, while for just $105 (total) you can add a OM Fresh Facial or Swedish Massage.

Spa Botanica is located at 1459-C Corydon Avenue, and is open Tuesday to Saturday. For full hours, to book a service, and more  click here.

Never miss a workout in Winnipeg