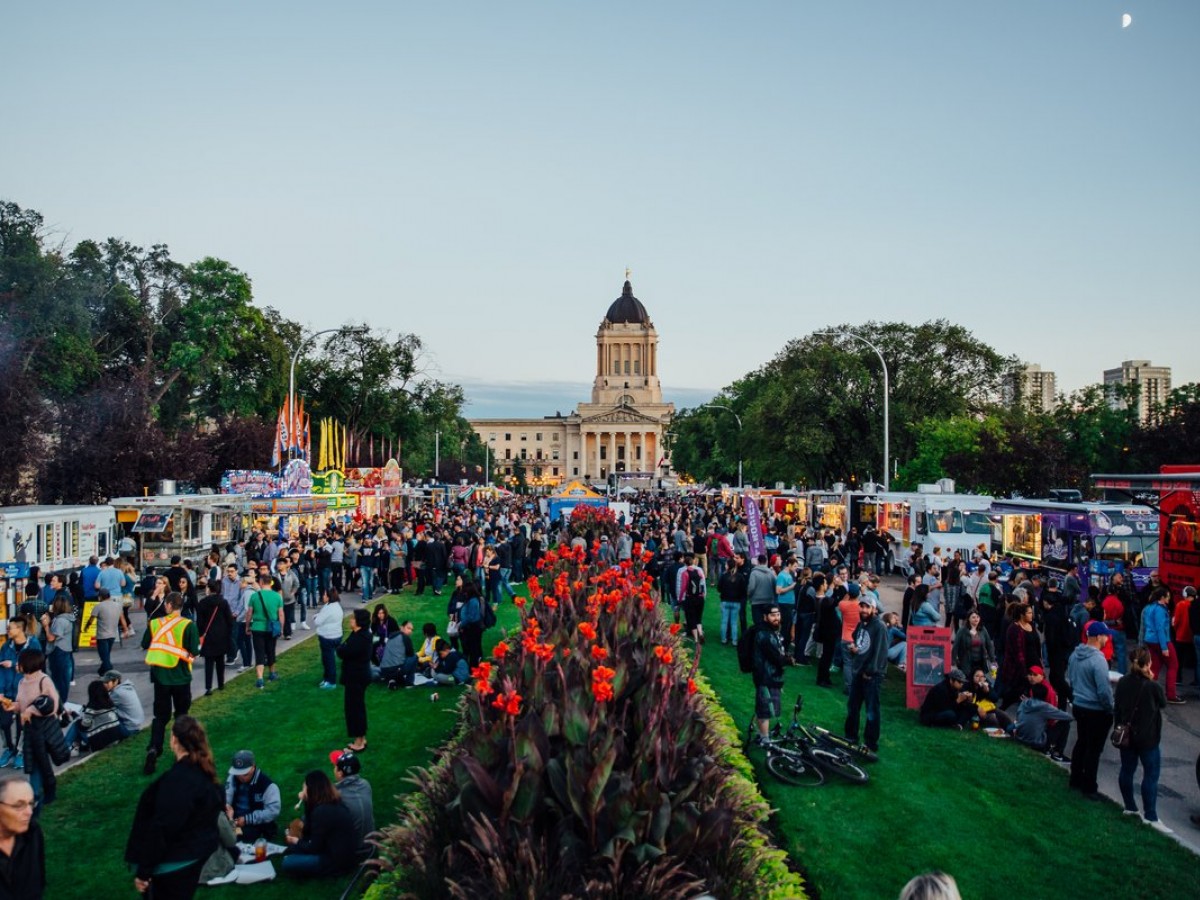 While this headline might be bordering on “fake news,” we are here to argue that with at least 11 stellar events/happenings all rolled into one, Manitoba Liquor and Lotteries’ ManyFest (September 7-9) has now gone well past the many mark.

Downtown’s largest street festival has continually grown over its eight years, with average crowds of 70,000 predicted to once congregate around Memorial Park at Broadway over the course of three days and nights for some family-friendly reveling.

And this year, there’s plenty of new stuff going on, while the classics that make ManyFest so masterful are all still here. 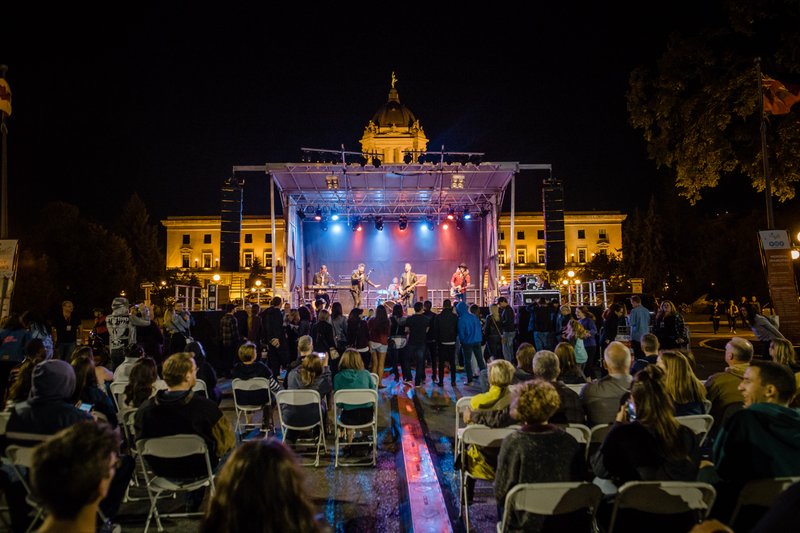 First off, there’s Food Truck Wars, where you can eat from 40 trucks who will be lined up and down Memorial. And not only do you have 40 options to choose from, you also get to vote for who will be crowned the People’s Choice champ, which everyone’s favourite grilled-and-skewered-meat-in-a-bun aficionados, Kyu Grill, have now won for three years in a row.

Aside from Kyu, you have former Judge’s Choice champs like The Red Ember, Simba Safari Grill, Tot Wheels, The Churro Shop and Island Fusion. In fact, if you are looking for any sort of food – be it Japanese sweets (Tokyo Rabbit), Eastern European barbecue (Maxim BBQ World), El Salvadorian (Tamale Time), tacos (Habanero Sombrero, Tia Maria’s Taqueria), and pretty much anything deep fried that you can think of – you are in luck.

Pro tip: feel free to use our always handy 2018 Winnipeg Food Truck Guide to help yourself make a list before hitting the ManyFest streets, as sometimes the lines and amount of options can seem daunting, so it’s best to go with a plan of attack. 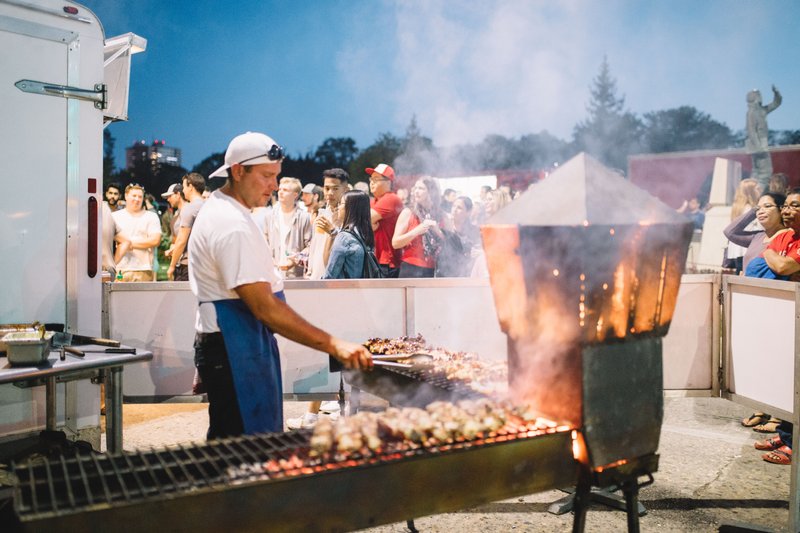 With all that food you are going to need some drink. Fortunately, this year’s ManyFest has a new and elongated beer garden, which this year will be called The Lakeside Lounge, as sponsored by our friends across the provincial border, The Lake of the Woods Brewing Company. Along with their ales and kölsch, you’ll also be able to get tequila cocktails from Jimador and a selection of wines from Barefoot.

The Lakeside Lounge will also have its own stage, with six DJs playing on Friday night and a Banjo Bowl After Party (for tourists not in the know, the Banjo Bowl is the annual CFL rematch between our Winnipeg Blue Bombers and the Saskatchewan Roughriders) featuring covering acts The Boogie Knights and The Windups on Saturday.

Another new huge addition to ManyFest will be the Third+Bird Market (Saturday and Sunday), which will bring over 50 artisanal vendors to the area. Here, you’ll be able to get fancy popsicles from Pop Cart; award-winning gin, vodkas and spirits from Capital K Distillery; gorgeous wood works from Huron Woodwork (whose Manitoba flight holders are utilized within The Forks Market’s wine and beer bar, The Common); the cutest pillows ever from Wendi Whale; locally composed teas from Boreal Wildcraft; and super cute stuff for babies and tots from the likes of Kai & Ben, and Quinn and Dot, amongst so many other excellent vendors. 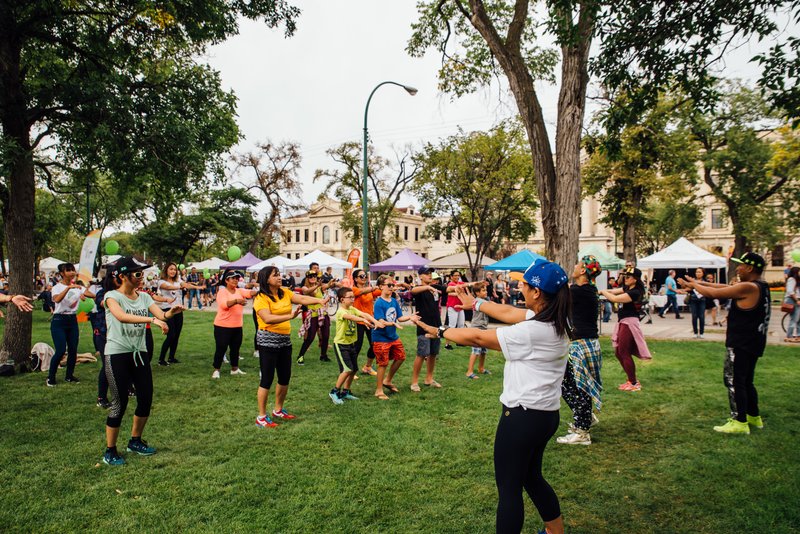 A Midway courtesy of Wonder Shows will also be new to this year’s ManyFest.

Set up along Broadway, there will be plenty of rides and carnival games for your kids, while the MiniFest Family Zone – featuring hands-on crafts with the Winnipeg Art Gallery, zumba, beach blanket bingo, face painting, and balloon animals – will once again be back. New to the Family Zone will also be an Indigenous Learning Circle, where teepees will be set up for storytelling and traditional games.

Plus, there’s MEVAfest – a showcase of electric automobiles, distance races (Winnipeg 10 + 10) from the Running Room, and the Electric Donkey Run (Friday night), where you can strut your stuff while sporting lights and neon clothing to the accompaniment of DJs. 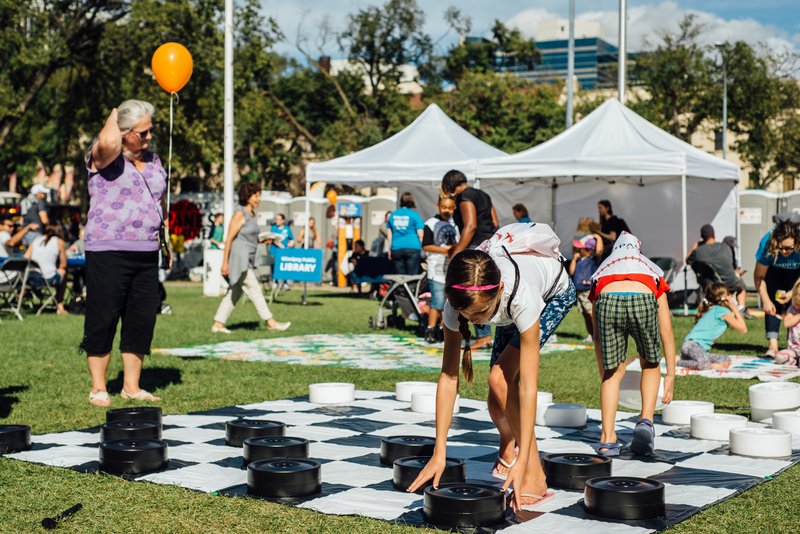 The family classic, Movies in the Park, will once again be back in Memorial Park, where you can bring a blanket and catch such classics as E.T. and Raiders of the Lost Ark (Friday, starting at 7:45 p.m.) and Toy Story and Jurassic Park (Saturday, starting at 9:45 p.m.).