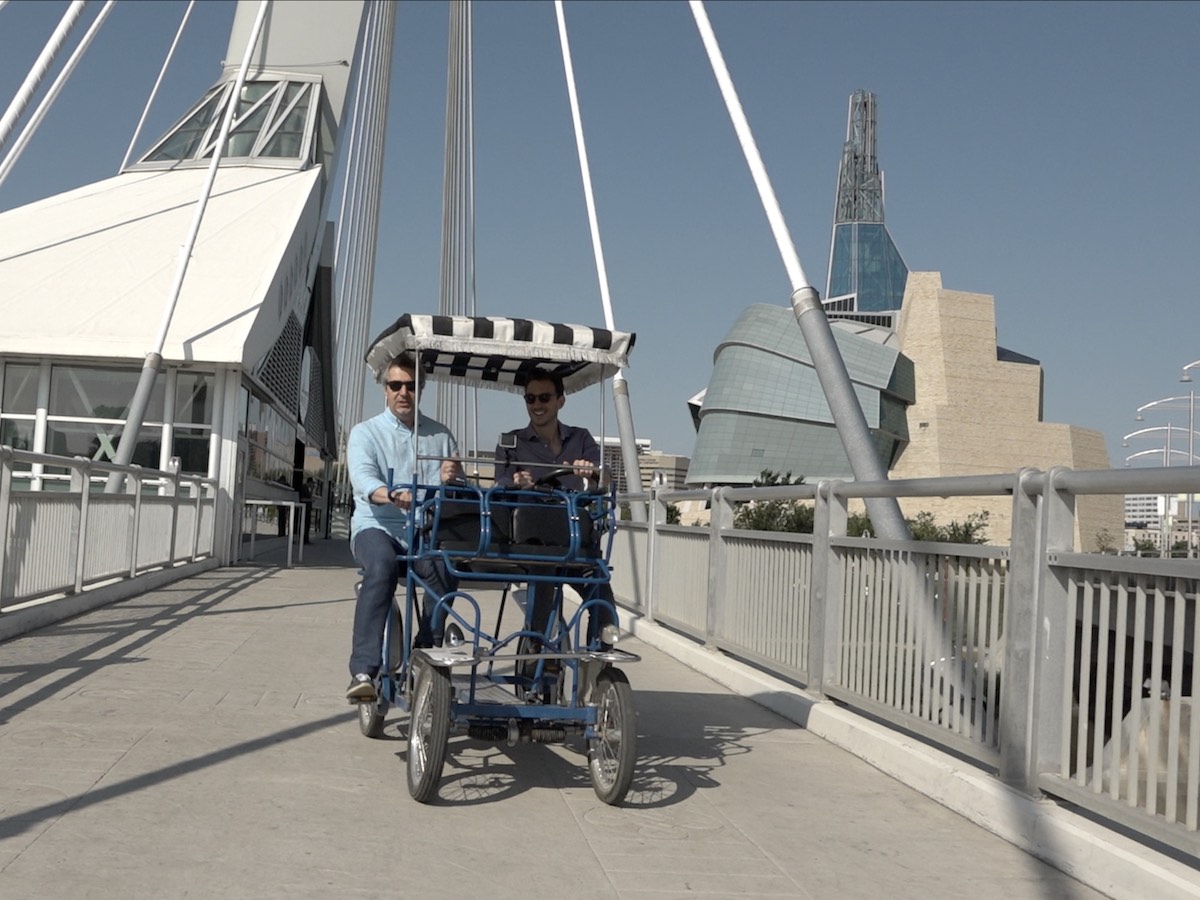 “I felt like I’d been here before”: Chatting with with Daniel Raiskin, Music Director of the Winnipeg Symphony Orchestra

Fresh off an incredible 70th season, the Winnipeg Symphony Orchestra (WSO) had no time to rest on its laurels – the organization has spent its summer months preparing for its new Music Director,  Daniel Raiskin.

Born in St. Petersburg, Raiskin’s conducting career has taken him around the globe, from Iceland to Buenos Aires to Osaka. He has been a guest conductor at the WSO on three prior occasions, and  was announced last February as the orchestra’s Music Director.

With the maestro settling in, Tourism Winnipeg took Raiskin on a spin around Winnipeg to talk about his new adopted hometown, and the upcoming WSO season.

Walking into a new orchestra can be a daunting task, but Raiskin found himself immediately up to the challenge. “In the first few minutes of rehearsal I found an orchestra that was responsive, eager, and welcoming,” said Raiskin. “It felt very natural – in an hour’s time I felt like I’d been here before.”

As the 2018/19 WSO season prepares to launch next month, one of the highlights for Raiskin is the Asper Foundation Opening Night, featuring all-star pianist Emanuel Ax. The virtuoso will be performing Beethoven’s 5th Piano Concerto, bringing his talents to Winnipeg – although not for the first time.

“Emanuel Ax is a fantastic artist and wonderful human being,” said Raiskin. “He’s also a Winnipegger to some extent – I hear the first place he landed with his family as a Jewish émigré from Poland was Winnipeg. He lived here for several years and started learning piano here in Winnipeg, before moving to New York.”

There are many other notable concerts making up the WSO’s upcoming season, including a performance of  Mahler’s 1st Symphony, Vivaldi’s The Four Seasons, and movies with live score accompaniment (including the  second and third movies in the Harry Potter film series). The ever-popular Winnipeg New Music Festival will also fall under Raiskin’s baton – an opportunity he is excited to pursue. “Every concert will be an absolute highlight,” he said.

As the Centennial Concert Hall gets ready to light up with another season of classical music, tickets for individual concerts are now on sale and can be purchased through the WSO’s Box Office. Anyone age 30 and under can also take advantage of the symphony’s  Soundcheck program, where you can get passes to the entire season for as low as $85. The WSO is  an experience not to be missed – get your tickets before they sell out!

During this time, the city’s newest maestro will continue to make his mark on Winnipeg’s music scene, and working with the WSO’s hyper-talented musicians to bring this experience to audiences every performance. “I’m really looking forward to together creating a new voice,” said Raiskin.