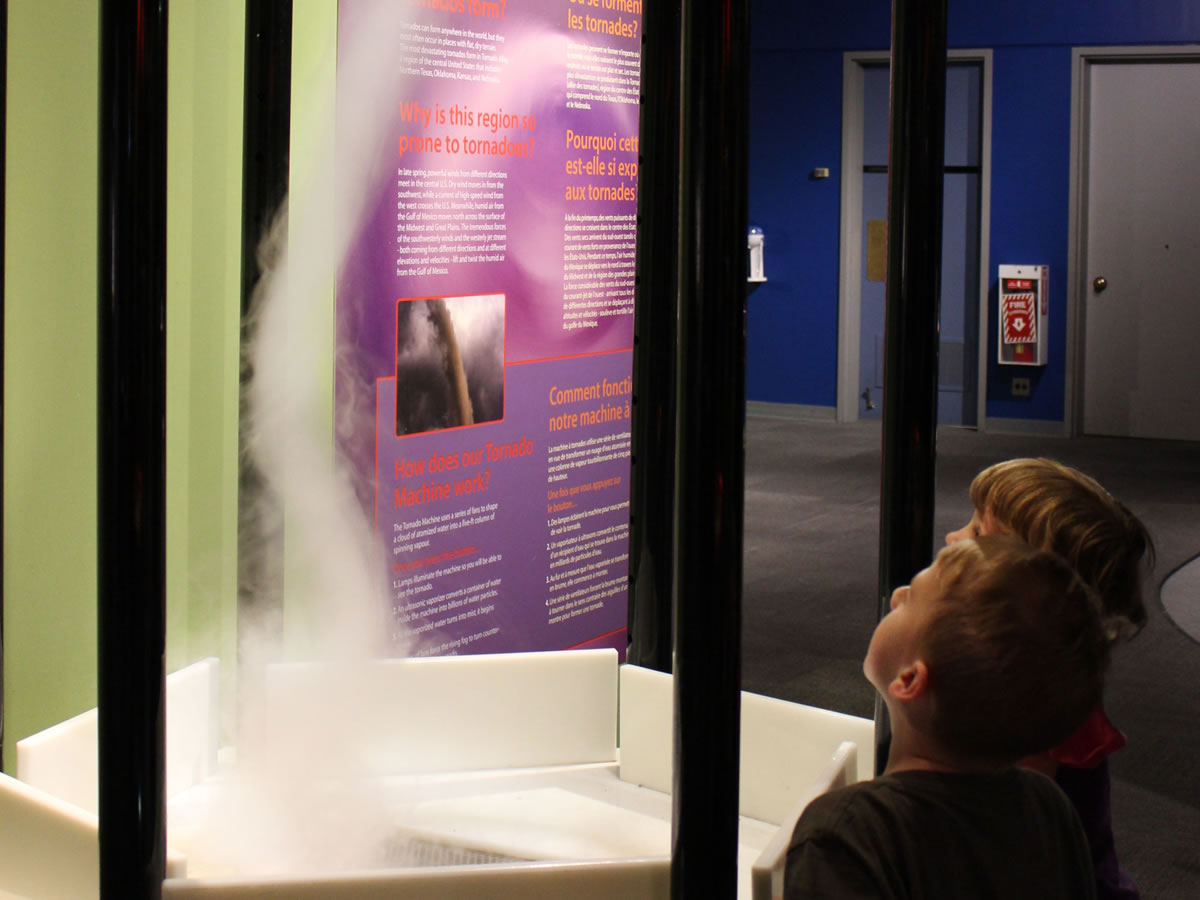 Spring Break is in just a couple of weeks, and I can't wait! There's going to be heaps to do the whole week long, and if it's anything like my day at The Manitoba Museum last weekend, it's going to be the best week EVER.

I spent the day with Mom and Dad exploring my favourite thing in the whole world: science! Our first stop was at the Planetarium, where I got to see two whole shows in a row. I heard that ours was the first Planetarium in the entire country to have this awesome new projection system which covers the whole dome. It was amazing! The first show was called Back To The Moon For Good. We sat down and there was a really friendly guy who showed us the night sky and all the constellations. I can't wait for a clear night when I can take out my telescope and go and spot them for myself now. We even got to leave Earth, fly through the stars and all the way to the edge of the known universe. Way better than going to the movies. You get to go to space. The sky is HUGE! We sat back and learned all about how people first started exploring the moon back in the old days of the '60s and '70s. Then we got to see teams from around the world who are actually building robotic spacecrafts right now to land on the moon to win the Google Lunar XPRIZE. At the end, we got to see what it'd look like for us to permanently settle on the moon. I liked it better than Pixar! 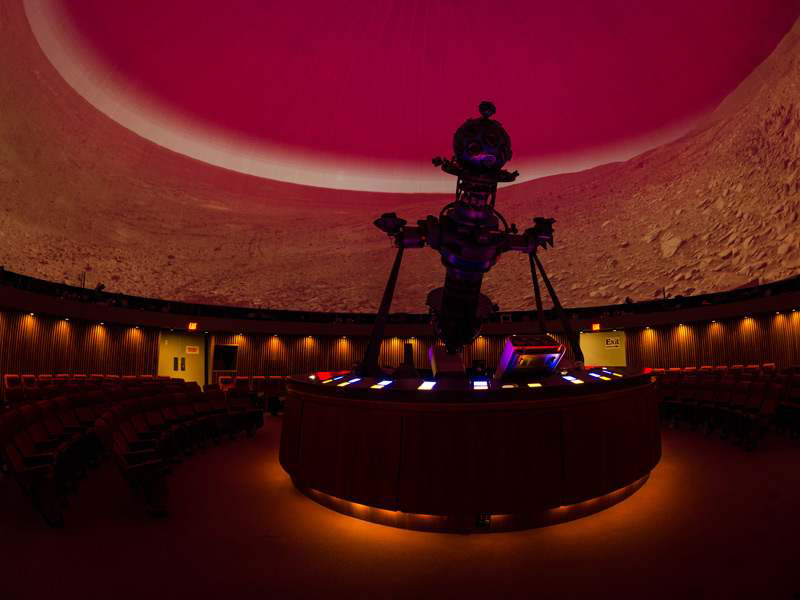 The next show was called Stars of the Pharaohs. Learning about Egypt is one of my favourite things in school, and I had no idea the ancient Egyptians had anything to do with space. We got to travel all the way back in time to ancient Egypt to see how science was used to tell the time, make a calendar, and align massive buildings. The Egyptians had such a huge connection to the stars, and we learned about how they affected everything from decoration to buildings. We got to see the temples and tombs as they would've looked when they were built, which was really cool. I loved it! We had to move on to make sure we had time to visit the Science Gallery, but I know there's one more Planetarium show going on right now (Zula Patrol: Down to Earth), and I hope we get to go back over Spring Break to catch it. Seeing where we are in the whole universe was one of the coolest things I've ever done! 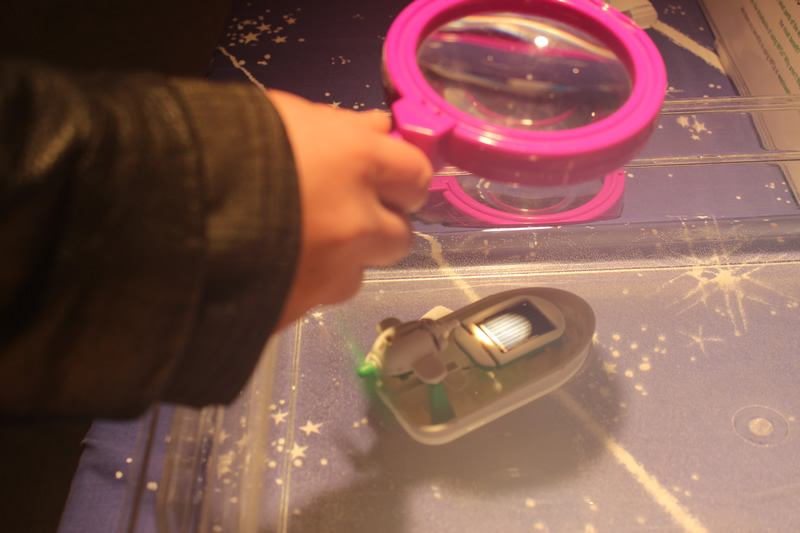 At the Science Gallery, I learned so much. There was a really friendly scientist who taught us about how light and a magnifying glass could be used to move this little boat. I got to watch Mom play a laser harp, send coins into the Gravity Well, see what I'd weigh on the Moon, touch an actual rock from space, and even create a tornado! We got to play CSI and solve a murder using science and visit "Water World", but I think my favourite thing was visiting the unbelievably cool Matrix mirror room. It looked like we went on FOREVER! 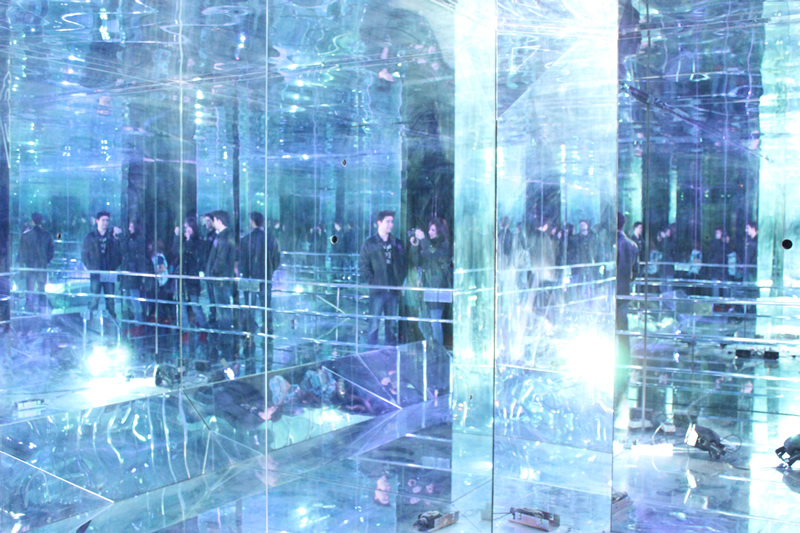 I know there's going to be tonnes of other things to do over Spring Break, but I loved my day of science at The Manitoba Museum. I even got to bring home a cool book from the Museum Shop on the Ancient Egyptians. Make sure you get your parents to take you out to see the awesome Planetarium shows before March 28, and spend a whole day doing experiments and learning about science on one of your days off school!