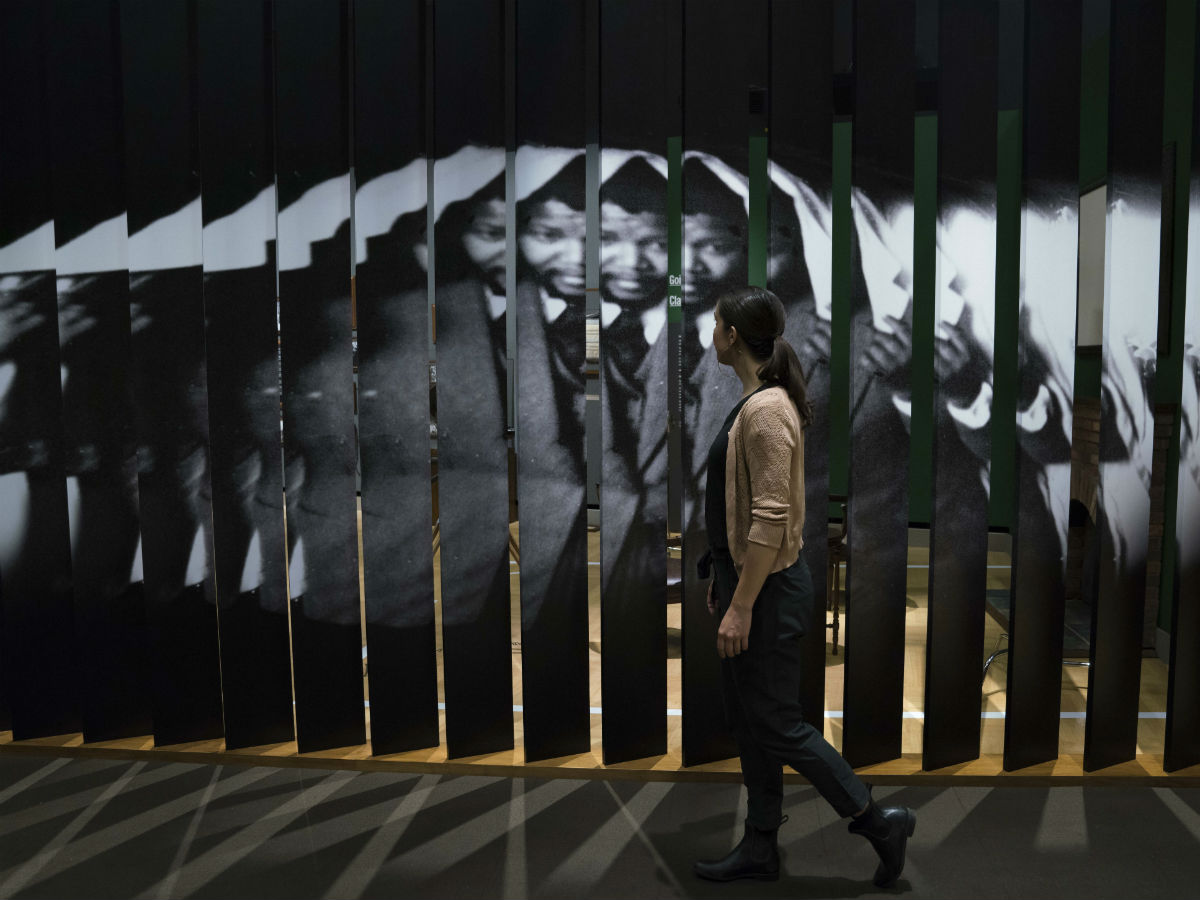 A new exhibition opening this summer at Canada’s most-inspirational museum celebrates the life of one of the 20th century’s most inspirational figures.

Opening on June 8, the Canadian Museum for Human Rights (CMHR) presents Mandela: Struggle for Freedom, which will illuminate the life of South Africa’s anti-apartheid revolutionary Nelson Mandela, who rose to become the president of the country from 1994 to 1999 after being incarcerated for 27 years.

The exhibition will contain numerous interactive elements that will drive home just what seemingly insurmountable struggles Mandela – and the majority of South Africans, for that matter – faced throughout most of his lifetime. 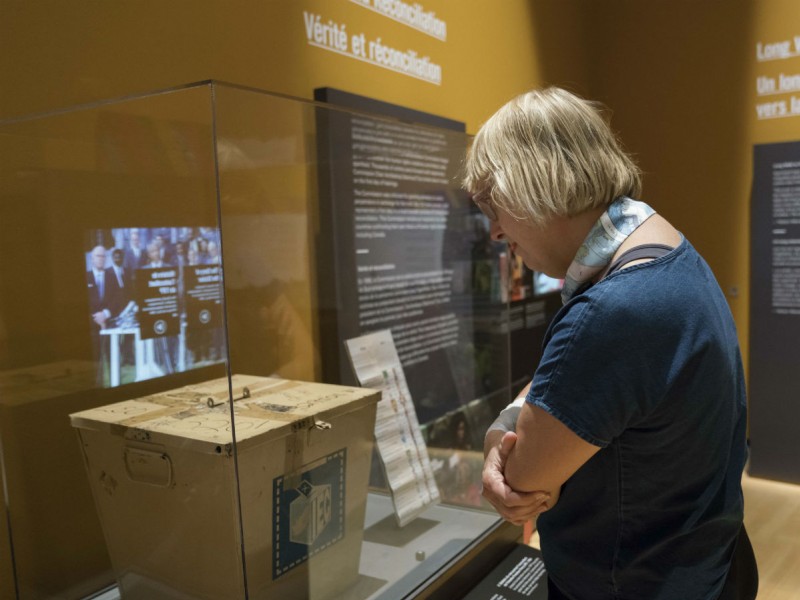 For starters, one haunting element that is sure to move visitors will be a replica of the cell that Mandela spent 18 of his 27 years of incarceration in. This small rectangle – just 8 x 7 feet – will contain a projector casting a silhouette of Mandela moving through his daily prison routine, driving home the monotony of his existence at the Robben Island Prison, along with depicting the arduous labour he was forced to endure there.

One of the largest structures in the exhibit will be a 16-foot “wall of laws,” confronting visitors with directives that segregated where people of different races could go and what they could do. In another section of the gallery, a portion of a life-sized tank juts out of one wall, while a few feet away, visitors can hold the types of trash can lids that protestors used to defend themselves against oversized military vehicles.

Powerful artifacts that are part of the exhibition include a letter that Mandela sent from prison to another anti-apartheid leader, along with one of the original ballot boxes that was used in the 1994 election which brought Mandela to the South African presidency.

Interactive elements within the exhibition include a “covert” area, which is a replica of the secret apartment where Mandela did his first TV interview in 1961. Inside this space, where the actual footage of this groundbreaking meeting is projected, you can spy hidden objects through peekholes, and see coded phone messages that were used by the anti-apartheid movement. 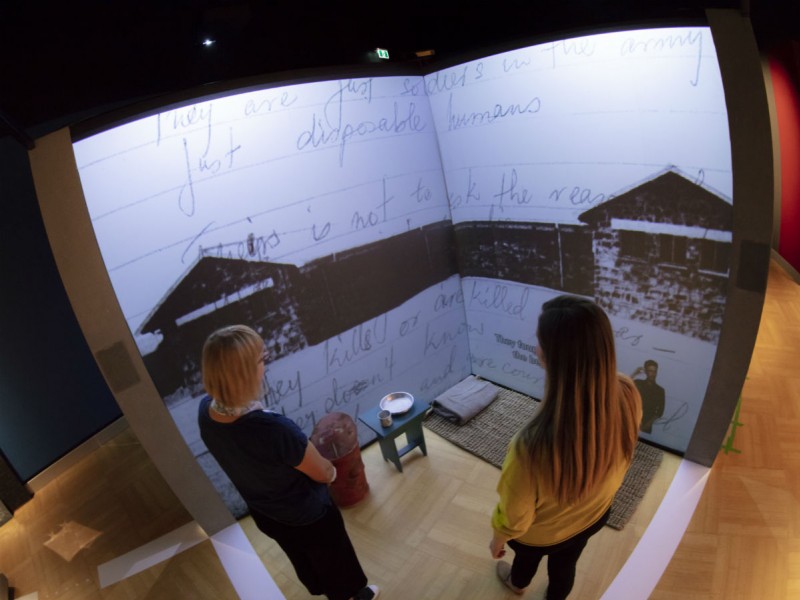 The whole exhibition itself is composed of five thematic zones: Apartheid, Defiance, Repression, Mobilization, and Freedom. In each section you will find artifacts, video installations, art and objects that tell the story of South Africa’s anti-apartheid movement. The colours within the zones correspond to the 1994 South African flag, while also moving metaphorically from black and white (symbolizing apartheid oppression), to the full colours of freedom.

Taken as a whole, this exhibition presents Mandela’s struggle for human rights in South Africa, from his time in hiding after being declared an outlaw, to his lengthy incarceration, to his release and presidency, to the power he displayed in forgiving his captors. It is truly a remarkable journey, and one you’ll be able to witness at the Museum until January 2019.

On top of this, numerous other featured stories and exhibits will be on display at the CMHR throughout summer, including Truth and Reconciliation, Seeking Refuge and One Woman’s Resistance – which tells the story of Viola Desmond, who, along with the Museum itself, will soon grace the Canadian $10 bill. 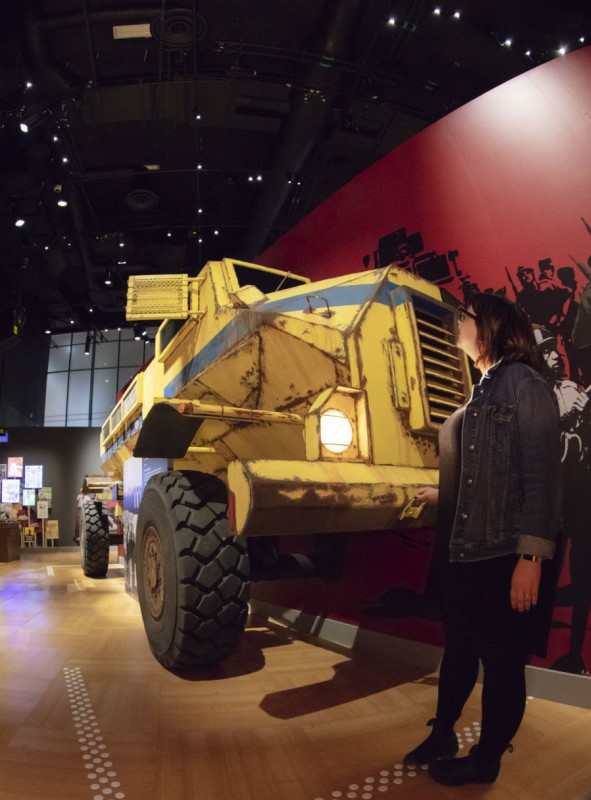 Guided thematic tours of the CMHR are also available daily, while the Museum’s excellent farm-to-table and fair-trade restaurant ERA, is open seven days a week too.

For more go to humanrights.ca/mandela