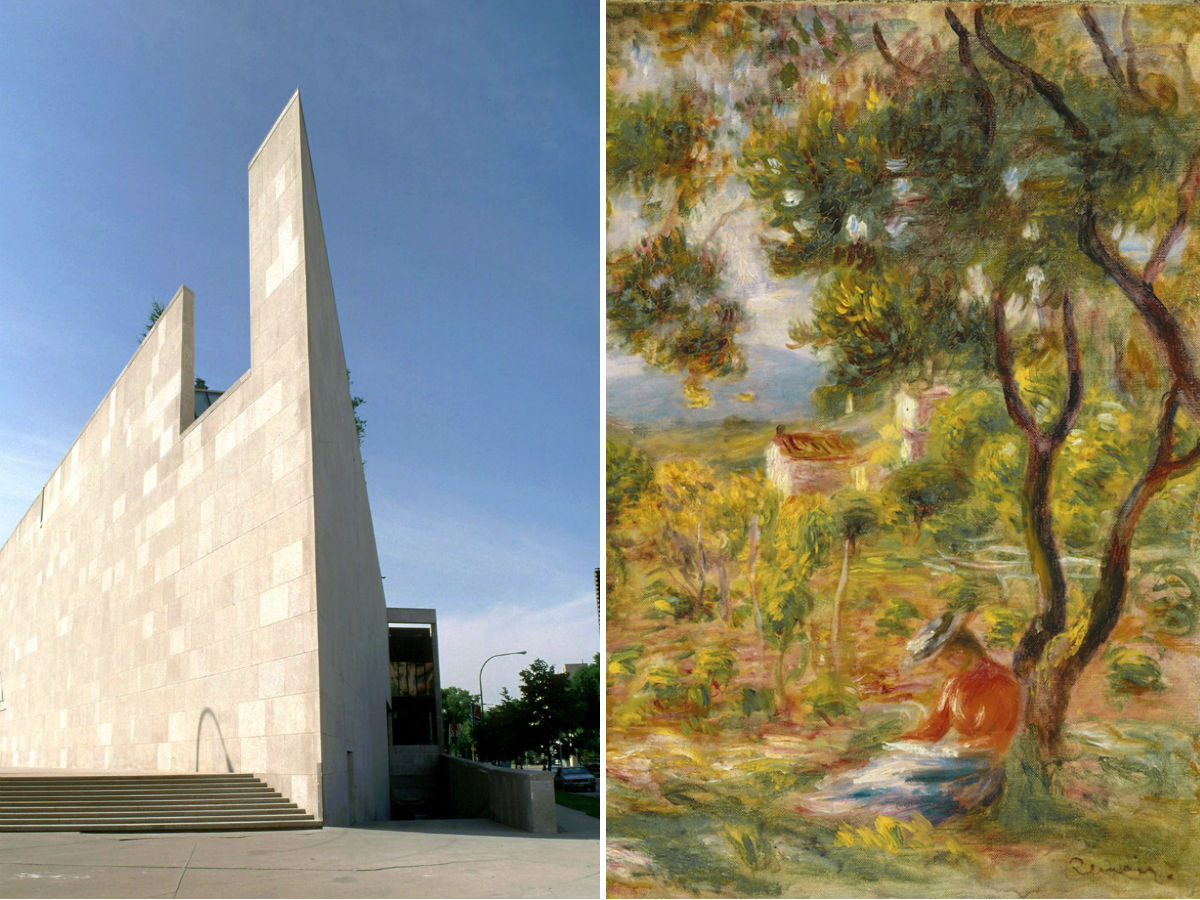 Exterior of the WAG (Brian Gould) alongside a detail of Pierre-Auguste Renoir's "The Vineyards at Cagnes (Les Vignes à Cagnes)," 1908.

The Winnipeg Art Gallery is about to do it again, this time with perhaps the most moving of art movements (which we mean in the most literal of sense).

In the last few years summer audiences in Winnipeg have been treated to the likes of Picasso, Dali and priceless works from antiquity, while INSURGENCE/RESURGENCE – the WAG’s largest-ever exhibition of contemporary Indigenous art – just finished last week.

Now, starting on June 16 and running until September, the WAG, in partnership with the Brooklyn Museum and National Gallery of Canada, will be staging Summer with the Impressionists, two exhibits that brings together some of the biggest names in art from the 19th and 20th centuries. 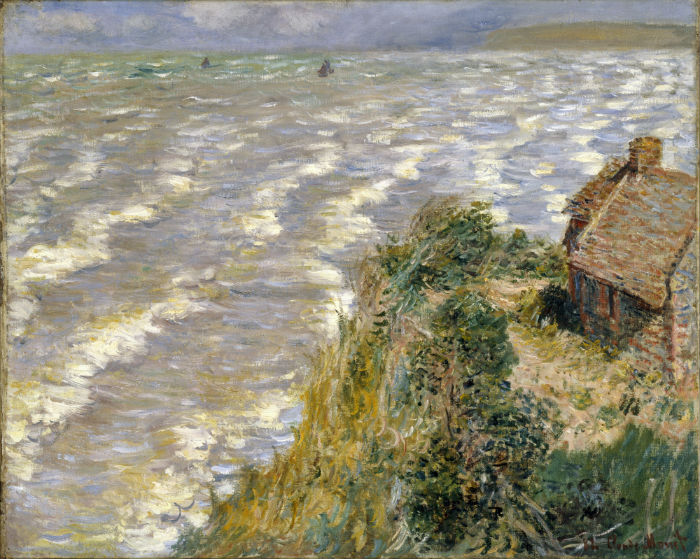 Works from these artists will be presented as French Moderns: Monet to Matisse, 1850-1950, which will include paintings and sculptures from the Brooklyn Museum, along a selection of works from the WAG’s collection, and The Impressionists on Paper – featuring 20 works from the National Gallery of Canada that includes watercolours, drawings, pastels and prints.

While we could continue to gush over just how topnotch these two exhibits will be, we thought it best to put it to the WAG’s director and CEO, Dr. Stephen Borys, to see why a Summer with the Impressionists will make such an impression with Winnipeg audiences.

Why is this upcoming exhibit already creating such a buzz?

Anytime you bring some of the most recognized names and images in the history of Western art to Winnipeg, people tend to take notice. When you have some of the greatest Impressionist artists…. all of the big, we sometimes say “Blue Chip Artists,” they just happen to be recognizable names, recognizable images, and there’s usually a soft spot for these artists with the public.

What does it take to bring such a collection together?

We’ve been planning this for a couple years, because our partner here is the Brooklyn Museum in New York – which is one of America’s most-important museums. So that’s a huge partnership that has been slowly worked on. There’s been some diplomacy and some strategy and there is tons of logistics when you are moving 60 paintings and sculptures from New York to Winnipeg, at a very high dollar value. And our other partner is the National Gallery, who is lending some rarely seen drawings, pastels and watercolours from Impressionists that are rarely exhibited and rarely lent. So, we have two major museums partnering with the WAG and it really is a moment to take notice and celebrate. 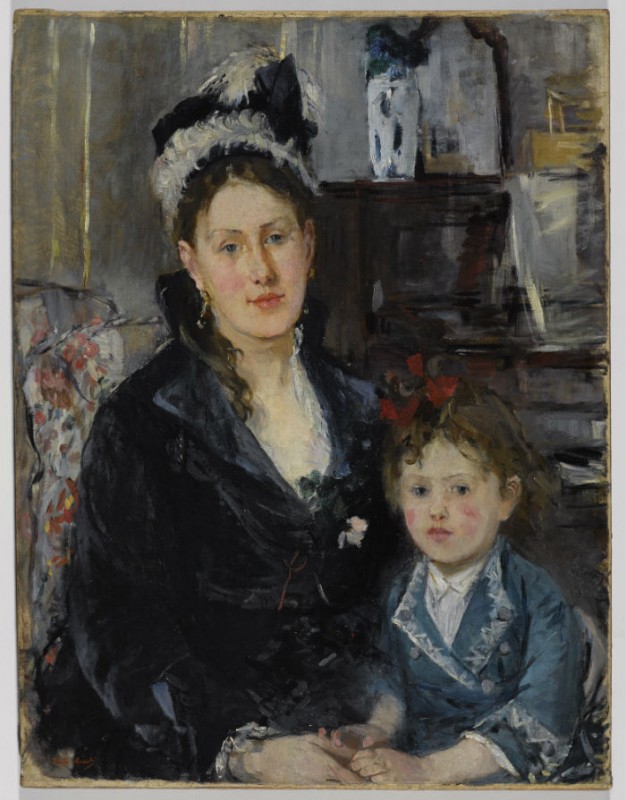 What is something you'd like to highlight about these exhibits?

Well, it’s weird. If you do a search on auction prices on say, Claude Monet, or auction prices on Renoir, and you try to figure out why are these artists’ paintings selling for tens of millions of dollars. What is it about that period in the history of art, that continually garners such high value(?) – and this is just talking money.

I think it’s because these artists, well over a hundred of years ago, started to paint the life around them, and doing it in a rather straightforward accessible way. Whether they were painting people, train stations, gardens, river scenes, interior scenes – whatever they were painting they did it in this wonderful, fresh, and as we now say impressionistic way.

And quickly after they launched, this began to appeal to the public, and so over a hundred years later here we are bringing these works that were, in their day, quite revolutionary and almost scandalous, but they become some of the most well-loved images. And that for me as museum director, it’s exciting to connect people to amazing works.

Also, I never forget that there are Winnipeggers who don’t get to travel to London, or Paris, or New York, and see some of these masterworks. For us to bring them to Winnipeg, makes me feel good as a Winnipegger, and also to connect people with great art is right at the heart of the WAG mission. 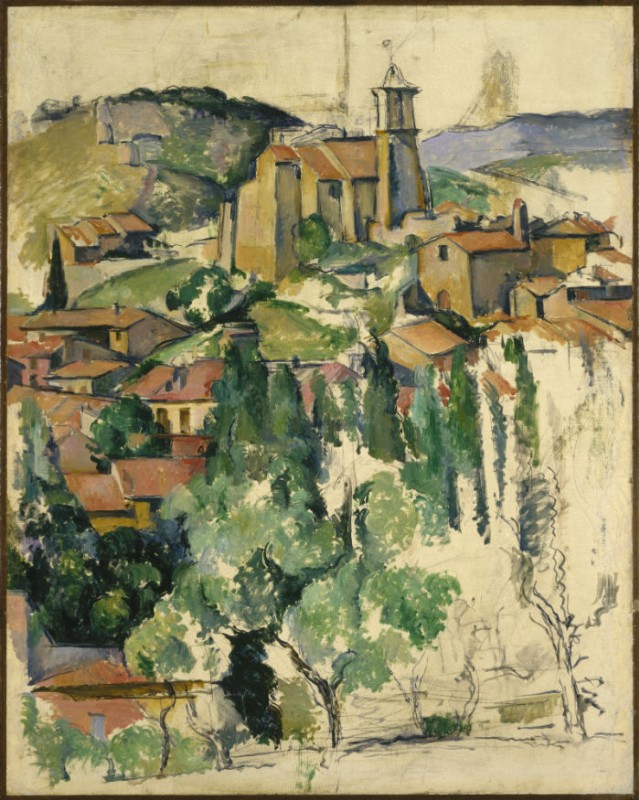 How is it that the WAG manages to keep landing so many blockbuster exhibits? [For example, as stated in the lede, in the last four years alone we’ve seen Olympus, Dali, INSURGENCE/RESURGENCE, Picasso, etc...]

As you mentioned, we just closed INSURGENCE/RESURGENCE, the largest contemporary Indigenous show and following it are the French Impressionists. You know, not night and day. From Olympus, to Salvador Dali, as much as we think these artists and objects are so different they all have a story to tell and they all connect us to a broader humanity.

People made these objects, whether it is in the 15th century of the 21st century, and art is, I think, the most powerful tool to connect people to ideas and perspectives to different ways of thinking. We do it with art all the time, and this summer this is a home run for bringing the best of the Impressionists to Winnipeg.

We are Canada’s oldest civic gallery, we’ve been around for 106 years, so you build up some amazing friends and partners and relations, and I think I have a world-class staff, an amazing team of curators, educators and a development people... and we have an amazing community here, an amazing audience, that always expect world-class culture, whether it’s the performing arts, the visual arts, whether it’s a hockey team or football team, Winnipeggers want the best.

So it’s like, the Jets have got the playoffs, why not bring the equivalent in art? And I believe the Impressionists are right up there.

Note: This interview has been edited for formatting purposes.

The Hive is the place to climb and we are here for it!

Pivoting in the Peg: Local businesses continue to get creative