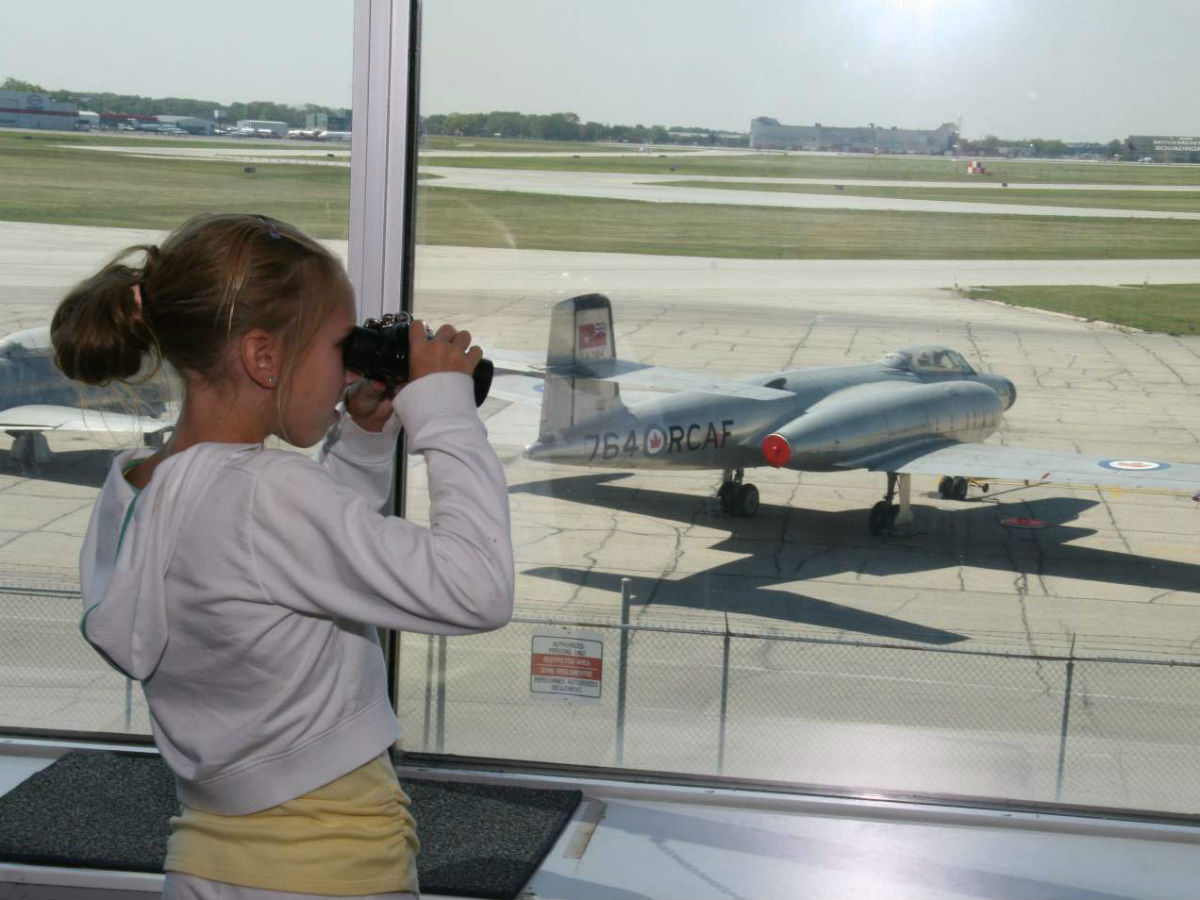 Plane spotting at the Royal Aviation Museum of Western Canada

If you thought your kid’s expectations of attractions have hit absolute ceiling, wait until you take them to witness the history of flight.

There’s nothing plain about The Royal Aviation Museum of Western Canada. In fact, if you hang around the hangar long enough, observe every marvel of aviation, and climb in every cockpit you can (yes, you are allowed to board several of the planes), you’ll quickly realize that this place really allows your imagination to takeoff – all while avoiding turbulent times. #thissentencedidnotflywithmyeditor

Parachuting all puns aside, there is literally so much to see at this museum which is both a showcase of Canada’s aviation history, along with the best place to watch real international planes take off in the city, via an observation deck that overlooks Winnipeg James Armstrong International Airport. #planespotting

For planes on the ground, the Aviation Museum has a mighty fine selection, including meticulously restored bush planes, some of Canada’s earliest passenger planes – including a staff favourite of ours, the de Havilland DH-82C Tiger Moth which features the tagline, “Cheap to Build and Less Than Perfect to Fly,” and every kid’s favourite, the Canadian Innovations section.


As to those crazy Canuck inventions, the one your kids will surely marvel at most is the Avro Canada Avrocar, which straight up looks like a UFO from a 1950s film (which was when it was manufactured). We like to initially tell the kids that this Flying Saucer indeed came from space, and that the aliens who were manning it (or should that be Martian-ing it?) were very small (the saucer is only five and a half feet tall, but weighs over 5,650 lbs). In actuality – and perhaps even more impressive – is the fact that this vehicle once did takeoff, albeit only about one metre off the ground (look above).

On top of this already awesome jamboree of jets, the Aviation Museum also has a fun lineup of events for March/Spring Break.

From March 25 to 29 (8 a.m. to 5 p.m.) they will have a fleet’s worth of family fun, including scavenger hunts (which must be amazing given that this place contains more intriguing hiding spots than anywhere else in the city), games and crafts – including building and flying your own paper airplane and entering it in their contest (daily competitions conclude at 3 p.m.).

There will also be special tours on March 24, 25, 27, 29 and 31 (2 p.m. to 3 p.m.) on the topic of Pioneering Women in Aviation, which covers how it took nearly half a century to push for established careers in cockpits.

The best part about tours here, and indeed visitor experiences in general, is that the knowledgeable staff are so informative, witty and insightful – making it always a great place to visit. That being said, guided tours are offered on Tuesday, Thursday, Saturday and Sunday at 2 p.m., while you can also book tours during other times in advance.

As we set to land this article, we should note that on March 31 and April 1, there will be an Easter Egg Hunt, where your kids can help track down hundreds of eggs that are hidden amongst the airplanes. Doors open at noon on these days with the hunt beginning promptly at 12:30 p.m. Due to a limited capacity, please pre-register your child today by calling 204.756.5503.