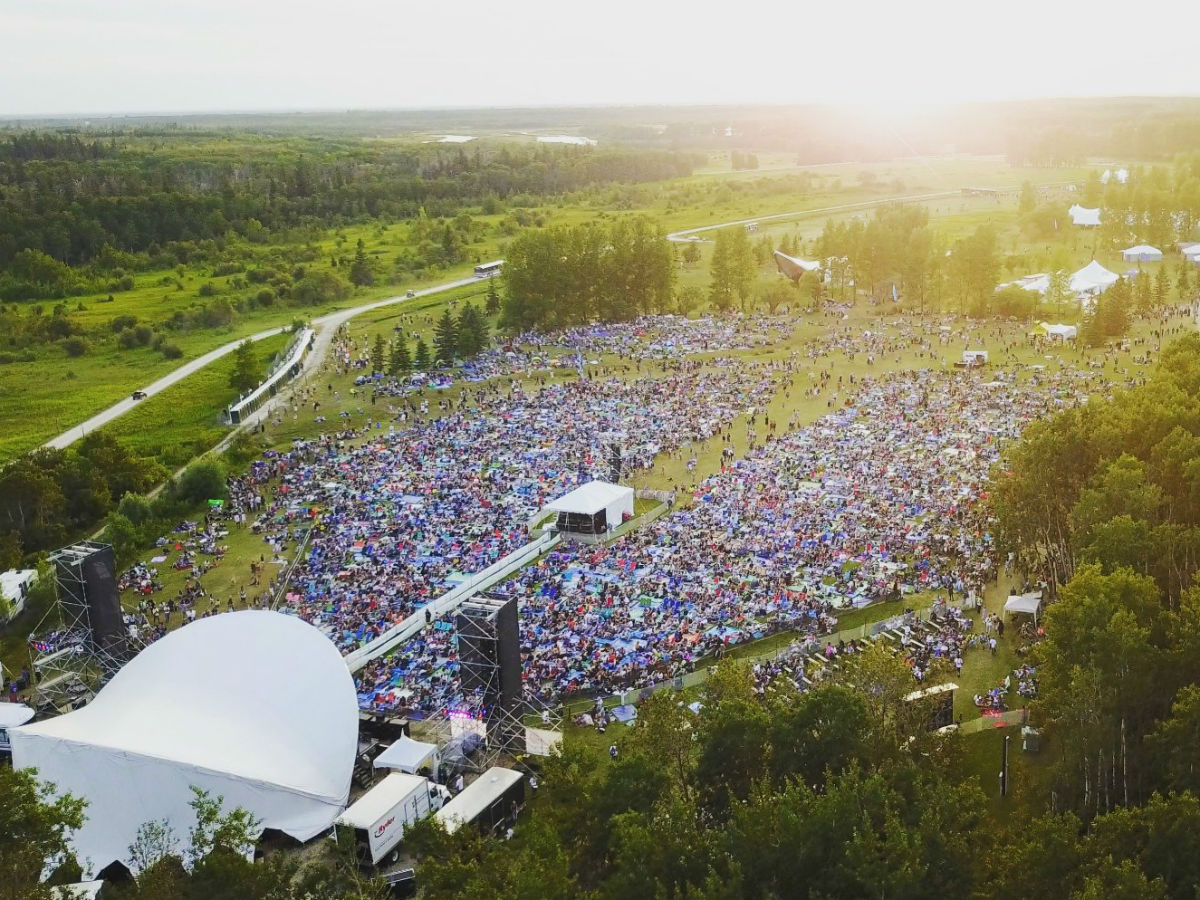 On Wednesday night at The Park Theatre the splendid Folk Fest peeps announced their 2018 lineup – and it is an absolute peach.

In fact, that announcement was so peachy that it was followed-up by an abbreviated performance by Afie Jurvanen (aka Bahamas), making for one of the plummest launches a music fan could ask for. (We tell you, there was so much tasty fruit to sink your teeth into and not one pit in sight.)

As the above video shows, this Winnipeg Folk Festival has some big headliners, like Sheryl Crow – who has sold over 50 million albums, Passenger, A Tribe Called Red, the aforementioned Bahamas and Elle King.

On top of that, there are so many hidden gems, children’s entertainers and ridiculously talented and energetic performers that we (our Tourism Winnipeg staff) are going to highlight now so you can experience some of the finest videos you can find on YouTube (not to hype it up too much) before catching all these cats live from July 5-7.

We should note, this is only skimming the surface of the amount of talent that will be on the stages (which includes jamming out with one another in workshops) at the forthcoming festival.

So get your early bird passes today!

Courtney Barnett – super charming Aussie singer/songwriter with terribly clever and witty lyrics. Just check out this La Blogothèque performance of “Depreston”. Two chords and some of the best lyrics you are going to find.


Too Many Zooz – “Too Many Zooz is the ultimate pump up music – I cannot stop dancing when their music comes on.” From our graphic designer, Karen Allen. (As we are cutting and pasting this in right now, she is bopping her head to them; bless her soul).


Mo Kenney – East coast Canadian who dazzled Joel Plaskett back when she was only in High School. She writes beautiful songs and puts on a mighty fine live show.


Lanikai - Local Winnipeg group fronted by the unmistakable voice of Marti Sarbit. They have a sound all to their own – tropical, laid-back alt-pop with a soul. We wouldn’t be surprised if you hear more about them in the months to come, so take advantage of the chance to check them out in person this summer! (From Matt Schaubroeck, corporate communications, Economic Development Winnipeg.)


Sidi Touré – this musician from Mali will turn you on to the intoxicating rhythms of songhaï blues.


Al Simmons and LuLu and the TomCat – First, Al Simmons is an absolute legend in Winnipeg and can play everything – including instruments he makes. Plus, we were once on a flight where they let him sing on the PA and that was awesome. Second, Lulu and the TomCat get two enthusiastic thumbs up from Gillian Chester, our manger of communications and travel media (who is about to go on mat leave). Third, Folk Festival is the best festival to bring your kids to.


Darlingside – Holy moly these dudes can harmonize. This will be for where you want to do some slow dance, shoe gazing swooning as the leaves rustle the trees.


Bahamas – Yeah, okay, we already had mentioned him in the intro, but come on! He had the courtesy to play us a few tracks before his sold-out show that night at The Park, and this rooftop version of “Waves” is our everything.