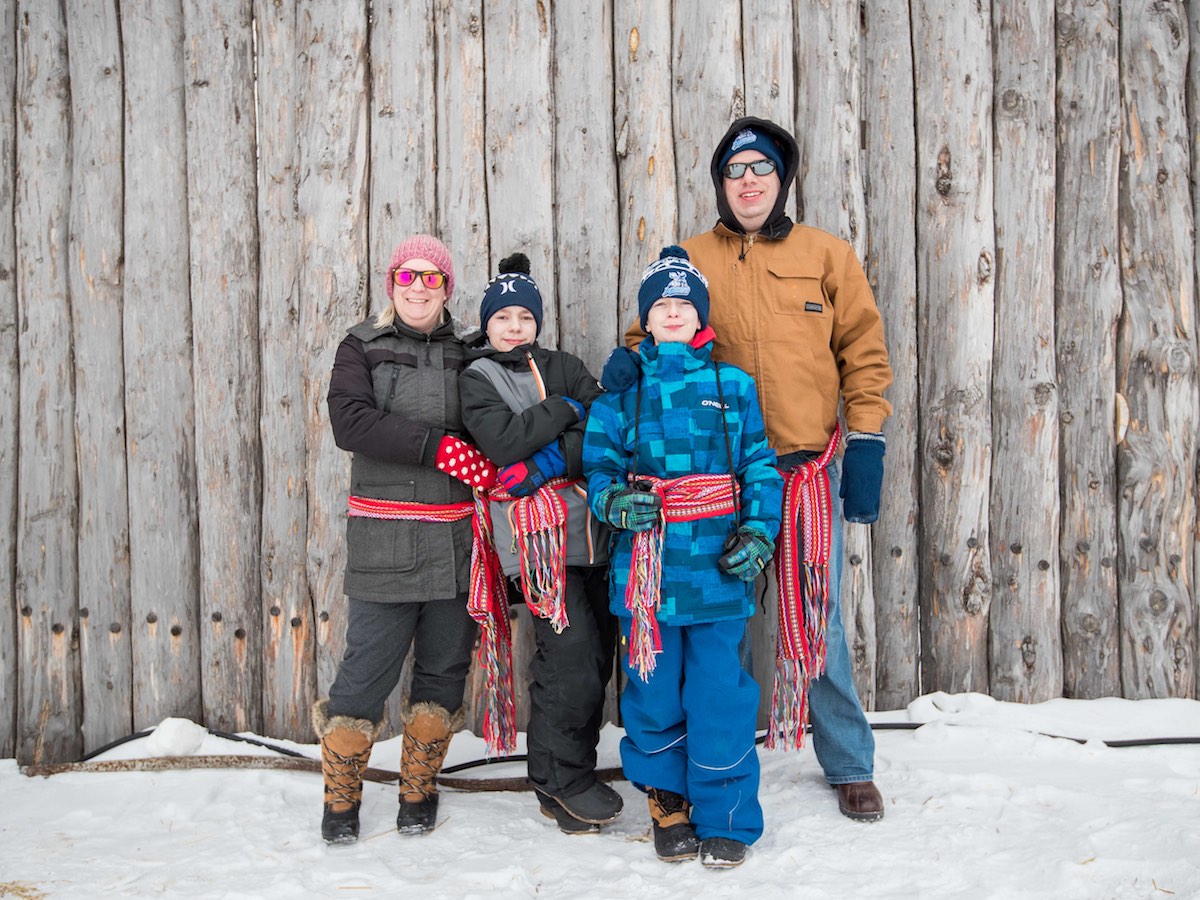 Better than Disney: the magic continues

There was a lot going on in Winnipeg this weekend. We know we saw thousands of you at  Festival du Voyageur, or hitting up the skating trail at The Forks. But there’s one family in particular who had a truly magical weekend: the Byers family.

You might recall your  first introduction to the Byers clan, where boys Jonathan and Ethan were tragically surprised that their trip to Winnipeg was actually going to be a vacation in Disney World. Parents Ian and Chantalle thought they had prepared a fun treat, and did not expect the now-famous blowback they got.

We agree with Jonathan and Ethan: Winnipeg is absolutely better than Disney World. So naturally, we invited the Byers family over for a weekend they would remember for a long, long time.

Flying in from Calgary Friday morning, the family enjoyed Winnipeg hospitality in a few jam-packed days. To hit on some of the highlights, the Byers clan took in a Jets game (they’re usually Flames fans, but enthusiastically cheered on the home team), skated along the river trails at The Forks, and lived their first  hé ho’s at Festival du Voyageur. The family got to enjoy some quality local cuisine at Rudy's and Smith (and maybe one or two tires à l'érable for good measure). To work off all the yumminess, Jonathan and Ethan were pumped to bounce their way through Sky Zone, while Ian and Chantelle found some time to unwind at Thermëa. Further adventures awaited at the Assiniboine Park Zoo, Royal Canadian Mint, and Manitoba Museum.

Part of what made the weekend such a great experience was how Winnipeggers came together to roll out the red carpet. “We’re absolutely blown away. It was amazing,” said Ian at the end of their journey.

Jordon Lanthier, the director of Sales & Marketing for  Fairfield Inn Winnipeg, was pumped to host the Byers crew for the weekend, because that’s just the way they like to do things. “The Fairfield Inn & Suites by Marriott Winnipeg is honored to partner with Tourism Winnipeg to have the Byers family stay with us,” he said. “After all, Winnipeg is the best city to visit, work, live and play - it’s easy why they would pick us over Disney World!”

Of course, we had to ask the question at the end of the weekend: “How does Winnipeg compare to Disney World?”
“Better!” Jonathan responded without hesitation.

“Cooler,” Ethan followed up with enthusiastically.

We don’t know about you, but we’re convinced this weekend sounds more way more fun than anything that a certain cartoon mouse could offer. We previously referred to Winnipeg as ‘the real magic kingdom’, and this weekend is just further proof of that.